Oscar-winning actress, philanthropist, model, and producer Charlize Theron is one of the most acclaimed and awarded actresses of her generation. Her range is arguably unmatched, able to segue seamlessly from genre to genre, doing action as easily as comedy or drama. Charlize Theron has won an Academy Award, Golden Globe, and even a Silver Bear for Best Actress. In 2016, she was named one of Time’s most influential people in the world, and she ended the decade near a career peak with raves for her work in “Bombshell” as critics also put her iconic turn as Furiosa in “Mad Max: Fury Road” on lists of the best films of the decade.

Charlize Theron was born in South Africa on August 7, 1975. Her childhood wasn’t easy. Her father Charles, after whom she was named, was an alcoholic and he went on a drunken rampage one night, threatening to kill Charlize and her mother. Charlize Theron’s mother got her own gun and killed her father in self-defense. Theron didn’t talk about the incident for years, only revealing the truth later in life.

Charlize Theron quickly moved from South Africa, and her striking good looks won her a modeling contract in Salerno at the age of only 16. She moved there with her mother, and then began a modeling career, which took Theron all over the country. She flirted with a career as a dancer after studying at the Joffrey Ballet School, but a knee injury changed her life forever. Her mother, trying to break her out of the depression that came with the injury, bought her a one-way plane ticket to Los Angeles, and the rest was history.

The story of Theron’s discovery is the kind of Hollywood legend. She reportedly was at a bank trying to cash a check from her mother, but it bounced. Theron made a scene, and a talent agent just happened to be in the bank too and noticed her, giving her his card. The rest was history (although that agent reportedly didn’t last very long).

Technically, Charlize Theron debuted in “Children of the Corn III: Urban Harvest,” but that was a non-speaking role. She made a much more memorable impact in 1996’s “Two Days in the Valley,” and the film was largely sold on how Theron looked in lingerie. This led to a lot of offers of sexpot roles, but Theron wanted to do something different, and picking the right parts really helped her build her career over the back half of the ‘90s. 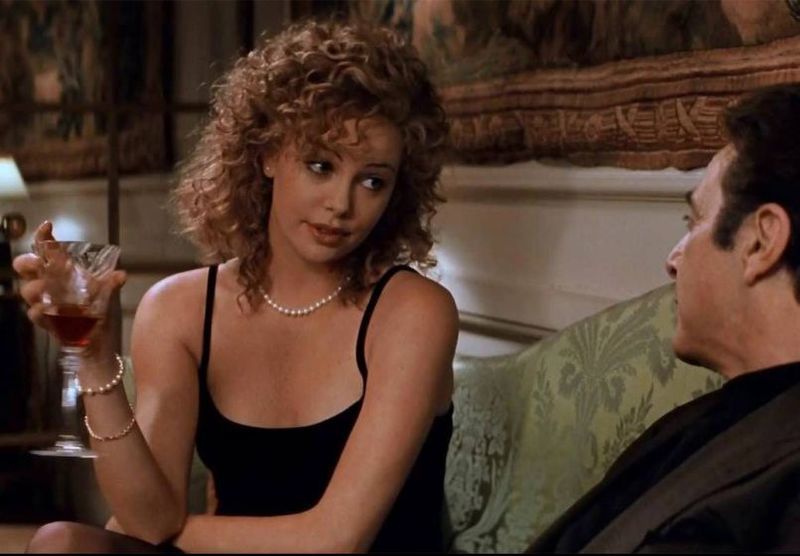 Major films in this period include what most consider her true launch in “The Devil’s Advocate” with Keanu Reeves and Al Pacino, “Mighty Joe Young” with Bill Paxton, and the Oscar-winning “The Cider House Rules” with Michael Caine. As her star status continued to rise, so did some controversy, as Playboy unearthed some photos taken earlier in Theron’s career, published them and put her on the cover, against her wishes. She even sued, but she lost.

The start of the 2000s was something of a rocky period for Charlize Theron, as she appeared in critical and commercial duds like “Reindeer Games,” “Men of Honor,” “Sweet November,” “The Curse of the Jade Scorpion,” and “Trapped,” although that last one did introduce her to her partner for the next eight years, Stuart Townsend. Despite this being the worst period of her career in terms of quality, Charlize Theron was working consistently, and the big parts would come, starting really in 2003.

The first major year of her career started with the box office hit “The Italian Job” with Mark Wahlberg and Ed Norton. Later that year, Theron played Aileen Wuornos, one of the most famous female serial killers in history. Wuornos, who was executed in 2002, was the subject of “Monster,” and Theron’s work in the film was heavily praised by critics, including Roger Ebert, who considered it “one of the greatest performances in the history of cinema.” Charlize Theron won the Oscar for “Monster.” 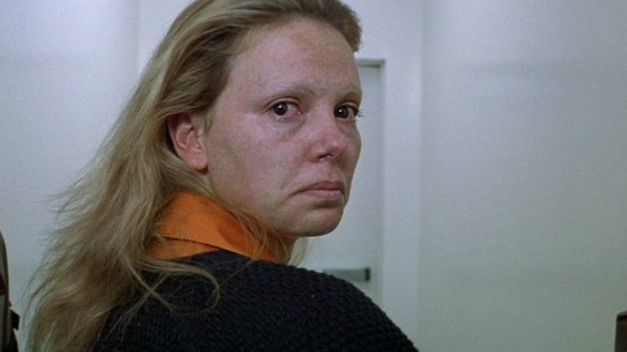 The Oscar win for Theron opened doors to a wide array of parts and the actress really started to show her range in this period of her life. She would jump from TV movies like “The Life and Death of Peter Sellers” to a guest stint on “Arrested Development” to the notorious bomb that was “Aeon Flux.” Every choice didn’t work, but she was really starting to prove the degree of her versatility. She could go from a serial killer drama to a TV show to an action movie and not break a sweat.

Theron took some time off for herself and for some notable philanthropic work around the turn of the decade. She launched the Charlize Theron Africa Outreach Project and was even named a UN Messenger of Peace. Her efforts to fight HIV in Africa has raised millions of dollars. She also been vocal and active in campaigns addressing animal rights, gay rights, women’s rights, and pro-choice causes. 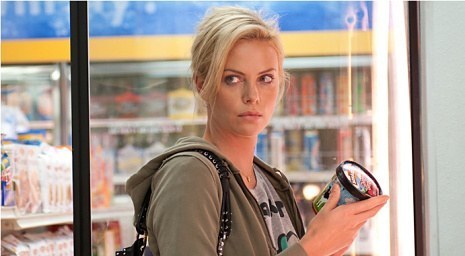 Theron came back with a fury to start arguably the best period of her career with Jason Reitman’s “Young Adult” in 2011, earning another Golden Globe award and critical raves. Again, she would balance blockbusters and smaller films over the next stretch of her career, making the most waves in 2015 for playing Imperator Furiosa in “Mad Max: Fury Road.” Earning some of the best reviews of her career, it should have also earned her another Oscar nomination.

Great career choices like “Kubo and the Two Strings,” “Atomic Blonde,” “Tully,” and “Long Shot” would follow, and Charlize Theron ended the decade earning raves yet again for playing Megyn Kelly in Jay Roach’s “Bombshell,” for which most Oscar pundits presume she is going to land a long-overdue third Oscar nomination.

A reprint of Roger Ebert's review of Monster, with an introduction from Sarah Knight Adamson.

A look back at the Santa Barbara International Film Festival.

A review of the excellent new book about the making of Mad Max: Fury Road.

Why Are Women Dissed and Dismissed in the Film Industry?

A feature on the state of female creatives in Hollywood.

The 2020 Frontrunners For Best Actress and Best Supporting Actress

Our Oscar expert picks the frontrunners in the female acting categories.

SDCC 2020: Do Not Call Charlize Theron a Warrior

Charlize Theron loves the action genre when the characters are flawed and complicated. "Our strengths come from our faults and mistakes and our petty and our vulnerabilities and our madness. Those are the things that make us interesting."

Something Deeper in Badass Immortal Heroes: Gina Prince-Bythewood and KiKi Layne on The Old Guard

An interview with director Gina Prince-Bythewood and actor KiKi Layne, about their new action film, The Old Guard.

The latest on Blu-ray and streaming includes The Addams Family, Pain and Glory, and Gemini Man.

The latest and greatest on Blu-ray, streaming, and VOD.

An interview with director Jay Roach about Bombshell.

Christy Lemire on the staff choice for the 4th best film of the 2010s, George Miller's Mad Max: Fury Road.

Moving Past Compton: How O’Shea Jackson Jr. is Taking His Long Shot

An interview with O'Shea Jackson Jr., co-star of Long Shot.

An interview with director Jonathan Levine about his new romantic comedy, Long Shot.

Nobody's Meat: The Power of Hanna

Hanna hasn’t been truly discussed with the same respect and intensity as the other Strong Female Protagonist™ fare that has followed it.

A report from this morning's Golden Globes nominations announcement, and a full list of the nominees.

Matt writes: Scott Wilson (1942-2018) may be best known to modern viewers for his work on "The Walking Dead," yet his great screen career spanned several decades and included numerous memorable performances. His first two films, both released in 1967, proved to be classics: "In the Heat of the Night" and "In Cold Blood." He earned a Golden Globe nomination for acting opposite Stacy Keach in William Peter Blatty's 1980 horror offering, "The Ninth Configuration," and went on to be featured in unforgettable pictures such as "The Right Stuff," "Dead Man Walking" and "Junebug."

A tribute to the late actor and Ebertfest favorite, Scott Wilson.