Blythe Danner on "I'll See You in My Dreams"

Funny how this year’s summer movie season seems to be undergoing a sex change.

After spending decades catering to the tastes of the male of the species with a steady stream of action thrillers, there is suddenly a relative abundance of opportunity for women during Hollywood’s biggest money-making period.

This weekend brings a gang of female survivors led by Charlize Theron who rule the post-apocalyptic world of “Mad Max: Fury Road.” Meanwhile, the Barden Bellas are aca-catapulting into harmonizing action once again in “Pitch Perfect 2,” directed by first-time helmer and cast member Elizabeth Banks. Before that, Carey Mulligan was a standout in the romantic period piece “Far From the Madding Crowd” and Reese Witherspoon and Sofia Vergara proved once again that gals can do dumb buddy comedies just like the guys in “Hot Pursuit,” directed by Anne Fletcher (“The Proposal”).

Add to that the report that Marvel might be courting “Selma” director Ava DuVernay to direct a diverse superhero film.

And the real topper? The American Civil Liberties Union is requesting an investigation into whether the film industry routinely engages in discriminatory hiring practices based on gender—not an unreasonable demand, considering only 4 percent of the top-grossing titles over the past dozen or so years were directed by women .

Of course, not every attempt to chip away at the glass ceiling has to be earth-shattering. On a smaller but no less important scale, Blythe Danner is making her own statement on behalf of 51 percent of the population.

At age 72 and with 50 years of acting under her belt, she is doing a rare starring turn in “I’ll See You in My Dreams” as Carol, an elegant, vital and determinedly independent Southern California widow whose serene routine for the past 20 years is disrupted after a tragic loss while new opportunities present themselves. That includes a romantic interlude with a cigar-chomping retiree in the form of Sam Elliott (best known nowadays for FX’s “Justified”), a round of medical marijuana toking with pals Mary Kay Place (“The Big Chill”), June Squib (“Nebraska”) and Rhea Perlman (“Cheers”), plus an unusual friendship with her pool boy played by Judd Apatow regular Martin Starr ("Knocked Up," HBO’s “Silicon Valley”).

Radiant, luminous, glowing, deeply moving—the critics could not rave enough about her performance after the film, partly funded by a Kickstarter campaign and directed, edited and co-written by 30-something director Brett Haley, received a standing ovation at Sundance this year. From the start, he knew that Danner was perfect for the role.

“She’s a beautiful, classy, one-of-a-kind actress,” he says. “She was our first choice with a bullet. A lifetime on the stage enables her to bring a different level of subtlety, nuance, emotion and comedy to whatever she chooses to do. To have Blythe Danner play the romantic lead in a film again is to everybody’s benefit.”

It was not that much of a stretch for Danner to put herself in Carol’s tasteful shoes. She lost her husband of 33 years, TV producer Bruce Paltrow (“The White Shadow,” “St. Elsewhere”), in 2002 after a long battle with oral cancer.

Suddenly, the mother of actress Gwyneth and filmmaker Jake is finding herself on the media’s most-wanted list but managed to squeeze in an interview while in the car.

You are quite busy all of a sudden.

I’ve never been so popular. Doing press comes with the territory.

Your daughter often offers health and beauty tips on her website. But given how great you look onscreen, I think I'd rather know if you have any secrets to share?

I got her into all that when she was little. Back then there was just one place to get organic foods in L.A., at least on the West Side. I started her eating that. I do wish I were a more consistent exerciser. I have been traveling so much, there is no time for a workout regimen.

Judging by your character’s habits in the film, cutting back on chilled white wine is not a priority.

That was all water with something in it. I can’t have more than a glass at a time. My husband always used to say I was a cheap date. 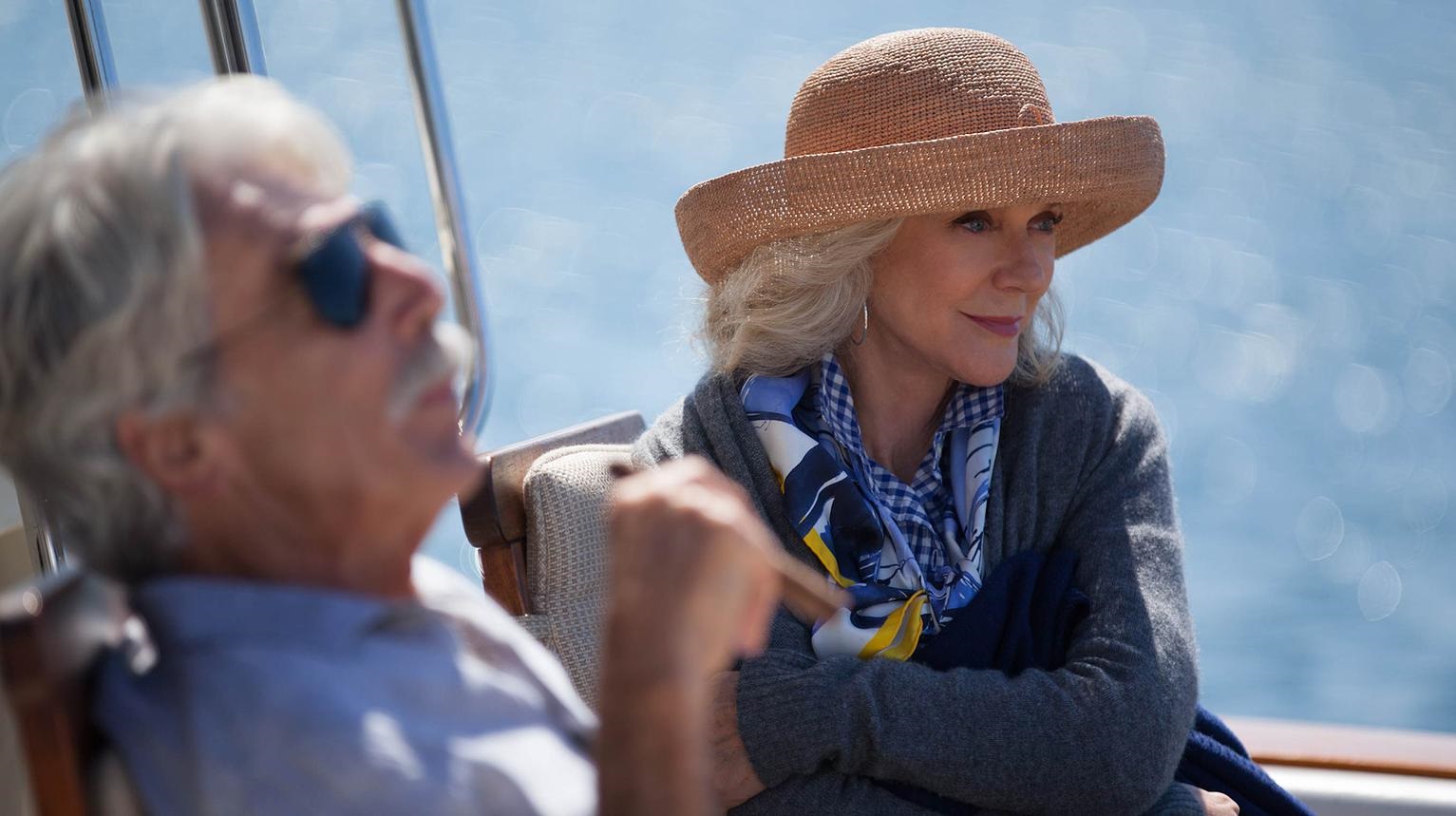 Early in your career, you had the title role in 1974’s "Lovin’ Molly," in which Anthony Perkins and Beau Bridges vied for your affections. How is it that this is one of the few times since that you have had a lead in a movie? Have you turned them down in the past? You do quite a lot of supporting parts in films and also TV as well as on the stage.

I have no idea. I’ve not gotten any role like this before. I’ve had some great leads onstage in the last couple years, though. Last year, I was with Sarah Jessica Parker in an off-Broadway show, “The Commons of Pensacola” [about a wife whose husband is caught in a Wall Street scam] and “The Country House” on Broadway. It’s probably because I consider myself as a stage actor.

At least being part of the ensemble in the “Meet the Parents” comedies opposite Robert De Niro has kept you in the limelight.

Those are a lot of fun. But low-budget films have the best parts for me. There are more three-dimensional complex women. Very low budget films, you do for love, not money. Non-profit theater, too.

You have done everything from “Cyrano De Bergerac” and Sondheim’s “Follies” to “Twelfth Night” and “The Seagull” on stage. Why is that your preferred medium?

It is where I started. You have the most freedom physically. And there is a real comradery that comes from rehearsals. With “I’ll See You in My Dreams,” we didn’t have that luxury. We vaguely knew one another but I had never worked with anyone in the cast before. But it was phenomenal how we just came together and that is not always the case. It felt a little like a repertory company.

It must have been flattering that you were Brett’s first choice for this.

What amazed me was his insight into women who are my age.

Did you make any suggestions to him about your character?

Nothing I can recall. We put so much energy into this, shooting for just 18 days and keeping it going. There wasn’t a tremendous amount of opportunity for navel gazing. It was great that we shot it in L.A. That gave us a better chance to get the people we got. It was a very positive film in the end.

Did sharing Carol’s status as a widow prove helpful or did it bring up any difficult memories?

When you live a long life, you rely on both the positive and the negative. It is all there to call upon. You can’t block it. I’m lucky that way. Sam and I were talking about similarities between his character and Carol. Neither of them is full of BS. You get truthful at that age. It’s liberating. Someone said grief is what you pay for loving. There are always losses that come along in life. You take the rest of your life to respond to them. 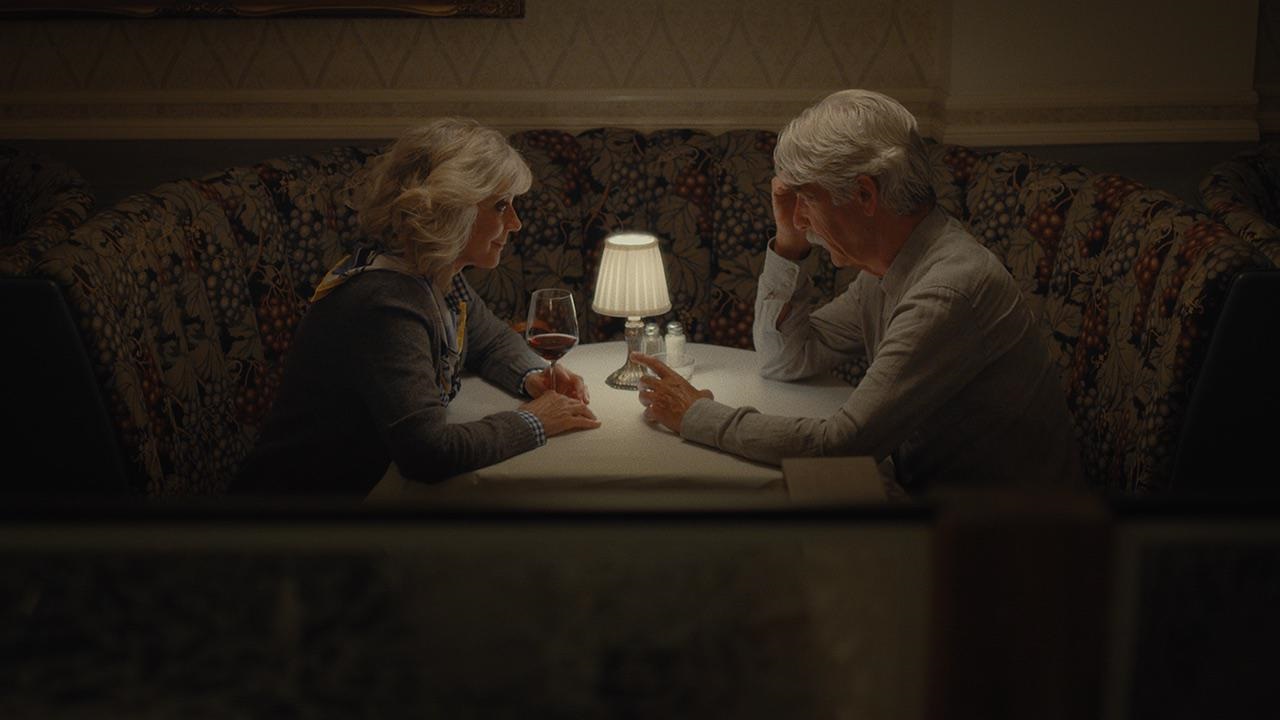 I noticed that the family photos on Carol’s mantel look like they are your family pictures. Her husband, Bill, looks like Bruce.

[Long Pause] It is Bruce. It was actually not meant to be. But it happened. And it’s Gwyneth, but not her face. They put Malin Akerman (who plays Carol’s daughter) on top of that.

What was kissing Sam like? From what I read, you haven’t kissed another man for a while. He’s not a bad guy to practice on.

It was dreamy. Despite the mustache. I’ve never kissed a man with a mustache before. It was so easy to play those scenes with such a nice guy. Despite his tough image, he is a real romantic.

What is more unusual is Carol’s connection to Martin’s character. It is a far cry from “Harold and Maude” or “The Graduate.” But you don’t often see a bond between a sensitive young guy – especially played by an actor known for being in raunchy R-rated comedies – who is struggling to find himself and an older woman who is looking for new experiences as a distraction. To me, it was quite touching.

I met Martin right before the shoot. We had a cup of tea. He was lovely. There is a glow about him, a sense of serenity. I asked him, “Are you a Buddhist?” And he said yes. It was wonderful playing with him, very relaxing. It was nice for Sam and Martin to play romantic men for a change. Empathetic men.

I adored your rendition of “Cry Me a River” when you and Martin’s character go to a karaoke bar. Was that your choice?

Yes. Of course, I passed it by Brett. It worked out because we didn’t have to pay any royalities. I sung that song back when I was a young woman in college.

Jazz singing was your first love as a performer. Did you sing professionally like Carol did?

I hurt my voice while doing my first Broadway play. I had a very high voice and I lowered it for my character. I didn’t know it would get me in trouble. So I’m stuck with a raspy voice. 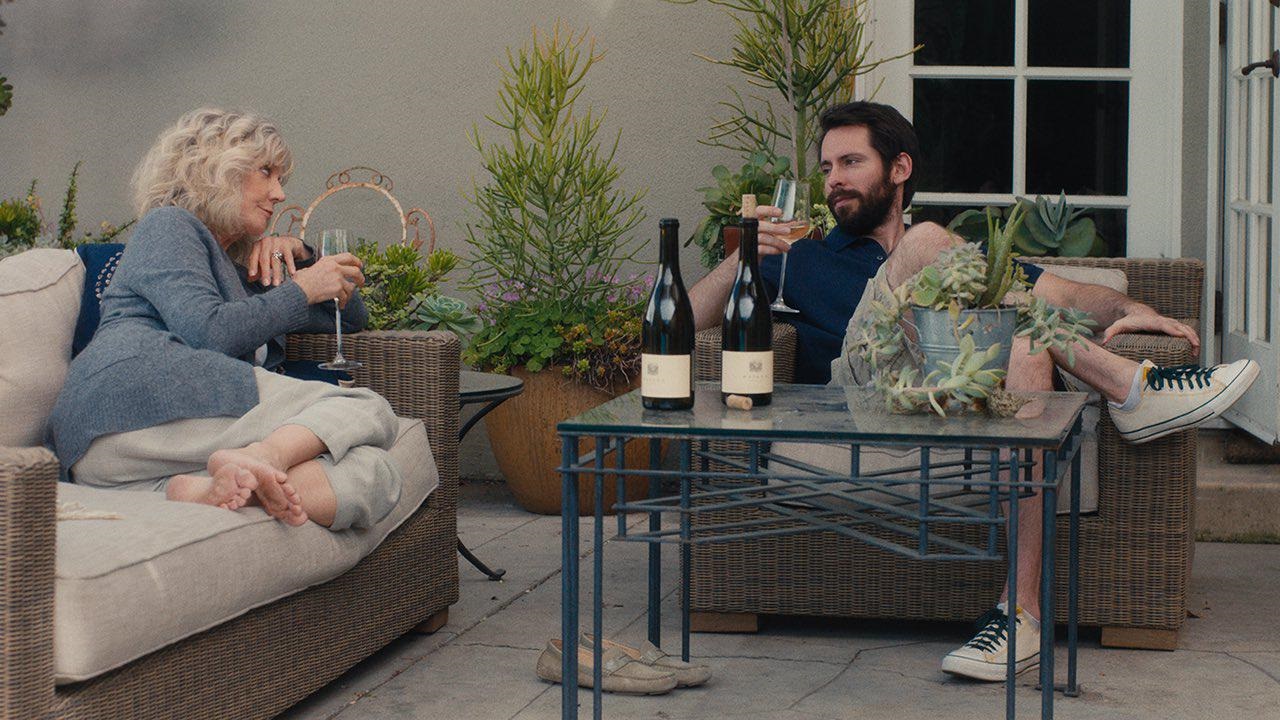 I did an interview with Gwyneth and Bruce together for their karaoke movie, “Duets,” in 2000 at the Toronto film festival for USA Today. That was a treat. I still hear that “Cruisin’” song she does with Huey Lewis in the movie in stores and restaurants.

That was the last film Bruce shot other than a wonderful PSA for a cause I am involved in, the Environmental Education Fund, with Gwyneth and Cameron Diaz.  He is very missed. He was the spark of the family.

It seems as if Hollywood is re-evaluating how they cater to certain demographics. And it seems to have rediscovered that senior citizens are indeed avid moviegoers. That they are bringing this film out at the height of blockbuster season says something. Just this past weekend, “5 Flights Up” with Morgan Freeman and Diane Keaton opened. Before that, there was “The Second Best Exotic Marigold Hotel” and Helen Mirren in “Woman in Gold.”

I think that is the case. It is because of the baby boomer generation. Studios know there is a need for this kind of movie as a counterpoint during the summer months. I can barely sit through the coming attractions.

What was the last movie you saw that you enjoyed?

I’ve been working so much I haven’t gotten to many films. Well, there is my son’s film. “Young Ones,” a sci-fi drama with Michael Shannon and Elle Fanning. It has been called a masterwork. The New York Times said it was great. It is about water wars.

I know. I live in California half the time. At least in New York, I can shower beyond a trickle.

What else are you up to?

After this, I play Mrs. Bernie Madoff—a role that was similar to the one in the play with Sarah Jessica Parker—in an ABC miniseries with Richard Dreyfuss. I’ve known him for years. We start shooting this summer.