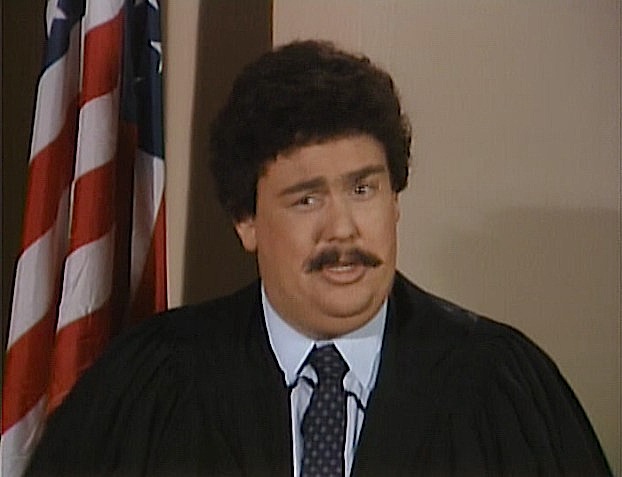 Ever since December, when Kristin Thompson posted this ("Good Actors Spell Good Acting") on the blog she shares with her husband and co-author David Bordwell, I've been meaning to link to it. This is my favorite kind of article, leading you fluidly from one intriguing idea to another -- and you never quite know where it's going to take you. Not only does it begin with an account of how bits of movie dialogue (from "Rio Bravo," "His Girl Friday") have entered her life, and the lives of her friends and colleagues, but it then segues into a great quotation from Steve Roman on SCTV (playing Juan Cortez, the first Puerto Rican Chief Justice of the US Supreme Court in the dramatic television series, "There's Justice for Everybody") : “It’s got good actors, and that spells good acting.” And, from there, to this:

Almost invariably we use this line when we come across one of those films that receive highly positive reviews largely because of one great performance. You know the kind: Charlize Theron in "Monster," Halle Berry in "Monster's Ball," Hilary Swank in "Boys Don't Cry," and more recently Forest Whitaker in "The Last King of Scotland" and Helen Mirren in "The Queen."

Usually I avoid such films, because the reviews tend to plant the idea that they are primarily actors’ vehicles. I enjoy good acting as much as the next person, but I want the rest of the film to be interesting as well.

Are there any film classics that are truly great solely for the acting? It’s hard to think of any. Maybe "The Gold Rush," which is stylistically fairly pedestrian but which is redeemed by Chaplin’s inspired performance. Maybe "Duck Soup," also quite undistinguished for much of anything other than the Marx Brothers cutting loose without being saddled with the sort of plots involving young, singing lovers that MGM would soon foist upon them. Maybe a few others. Usually, though, we tend not to think of a performance, however dazzling, as adding up to a great film.

That's a good point to keep in mind during Oscar season, when "best acting" is often confused with "most acting." The performances that win awards tend to have as much to do with the roles as they do the actors. Sure, the player has to deliver, but give a decent actor a juicy character (and a sympathetic director) and you're talking Oscar bait. If just about anyone had played Jennifer Hudson's mistreated chunky diva in "Dreamgirls," an emotive-showpiece part if there ever was one, and had not gotten an Oscar nomination, that alone would have made the film a miserable failure. Fortunately for the investors, Hudson was able to do what she was hired to do. (Twenty years ago on Broadway, it was another Jennifer H. -- Holliday -- who became a star playing the same role and singing the same showstopper song.) Robert Altman liked to say that casting was the most important part of making a movie, but nobody would say that his movies are interesting just for the performances. It's how he captures and presents them that matters just as much. 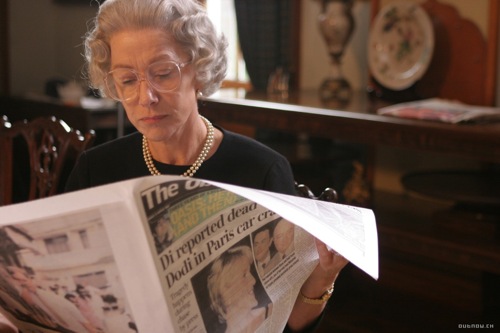 Helen Mirren, as the Queen, doesn't have to check her crossword dictionary to spell good acting.

And from there, Thompson moves into a stylistic analysis of Stephen Frears' "The Queen" -- a movie she finds to be more than the sum of Helen Mirren's Elizabeth II and Michael Sheen's Tony Blair:

Frears set out to contrast the two worlds stylistically. The scenes with the royals are shot in a classical, non-intensified style. Distant shots to establish space, two shots for face-to-face conversations, over-the-shoulder shot/reverse shots as the dialogue unfolds. The framing seldom goes in for the tight close-up but stays in medium shot or medium close-up. The cutting is slow relative to the current norm, as befits both the subject and the style. One reason people are so impressed with Mirren’s performance may be that it is not made up of a bunch of different shots stitched together. She has shots that allow her to develop a reaction or attitude slowly. [...]

In contract, the Tony Blair scenes were shot with a handheld camera, to convey the bustle of his staff and the more casual situation. Even so, the camera movement is not obtrusive, and Frears still doesn’t constantly cut in for the tight close-up. Here, too, he keeps his camera back a bit, framing groups as they talk. The lighting tends to be brighter and more diffuse. The contrast works well, and yet Frears never pushes it in our faces and asks us to be impressed. [...]