"Our Racial Moment of Truth": A great essay from Isabel Wilkerson of The New York Times.

“Coming to terms with Atticus Finch as Harper Lee originally imagined him to be means confronting what the country wishes to believe it stands for. ‘It’s being sent to us as a gift,’ the South Carolina poet Nikky Finney said. ‘It’s a blueprint to decode, something that we need to be better than we are.’ The importance of this new Atticus is that he is layered and complex in his prejudices; he might even be described as a gentleman bigot, well meaning in his supremacy. In other words, he is human, and in line with emerging research into how racial bias has evolved in our society. He is a character study in the seeming contradiction that compassion and bigotry can not only reside in the same person but often do, which is what makes racial bias, as it has mutated through the generations, so hard to address. ‘This complex pattern of behavior is not unlike the actual racism that resides in many Americans today,’ David R. Williams, a Harvard sociologist who studies the effects of implicit bias on health, said of the new characterization of Atticus Finch. ‘As an American raised in this society with negative implicit biases against black people, you are not a bad person. You are simply a normal American. We have to come to grips with the reality that this racism is so deeply embedded in our culture that it shapes how we see the world, it shapes our beliefs, our behavior, our actions toward members of other groups. We have to examine ourselves in a profound way.’” 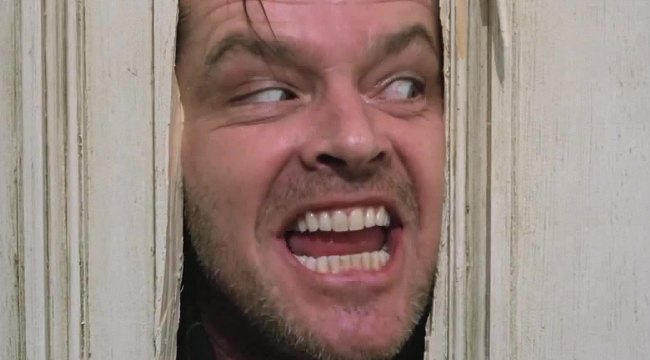 "Horror Filmmakers Discuss The Legacy And Influence of 'The Shining'": An epic six-part interview conducted by Ashley Burns and Chloe Schildhause of Uproxx, featuring various filmmakers including Dennis Widmyer and Kevin Kolsch, co-directors of "Starry Eyes."

“Kevin: ‘For me it’s a situation of, if you grew up kind of where me and Dennis did and had older siblings or friends with older siblings and things like HBO and whatnot, I think there’s not a first time you necessarily see movies. You’re a kid flipping through the channels and you land on something you know you’re not supposed to be on, and you watch part of it or you walk into the room and your older sibling is watching something and you’re not supposed to. When we were growing up, I remember vividly with a lot of Stephen King adaptations for some reason, I remember it happening with ‘Carrie,’ I remember watching from another room as my older siblings are watching Carrie and watching the ending of that and going, ‘Ohhh.’ With ‘The Shining’ it actually happened at a friend’s house when his older siblings were watching it, and I caught the scene where Jack goes into room 237 and sees the woman and turns into the old woman with the sores on her back. I remember seeing that as a kid, and it was unnerving to me and it wasn’t just that I was seeing this older woman. Even at the time Kubrick’s set design, his score, everything worked together. I couldn’t put it into words back then but I knew something was unnerving and bothersome about it. Maybe even before I saw the movie whole I just had a mark in my head as this thing that I wasn’t sure if I wanted to watch again, because I remember being so scared of what I saw as a kid. Then when I was a bit older and getting into film and branching out and seeing things other than what you’re seeing in the mainstream cinema at the time and seeing other directors, I went back and watched it again and saw it through new eyes. That was basically the first time watching it fully.’” 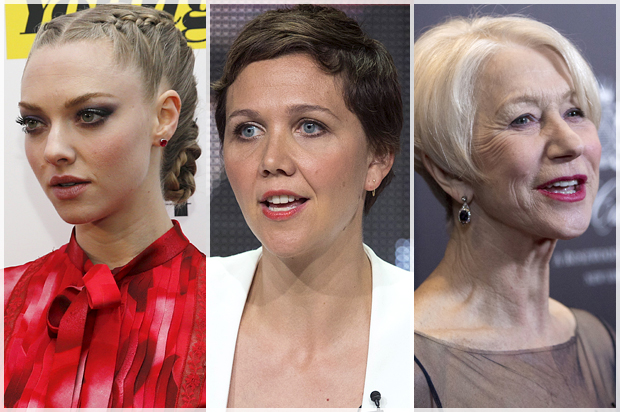 "10 A-list actresses speak out about sexism: Has Hollywood reached a feminist tipping point?": An essential archive of interviews and quotes compiled by Salon's Anna Silman.

“The past few months have been an unusually vocal period for Hollywood actresses. In the wake of the Sony hacks, which revealed that some of the industry’s A-list actresses were often being paid much less than their male costars, and Patricia Arquette’s rousing Oscar speech decrying the wage gap, high-profile performers have continued to be outspoken about sexist practices endemic to the industry, using interview opportunities to share their own horror stories from their time in the field. While Hollywood has a long way to go before gender imbalance is a thing of the past — with last year’s Oscars standing out as among the worst for women in years — it is encouraging to hear Hollywood’s most prominent screen stars increasingly dragging the issue out into the open. Here are 10 film and TV stars who have refused to stay silent this year: [1. Patricia Arquette] Patricia Arquette decried the wage gap in a rousing Oscar acceptance speech, proclaiming ‘To every woman who gave birth, to every taxpayer and citizen of this nation, we have fought for everybody else’s equal rights. It’s time to have wage equality once and for all. And equal rights for women in the United States of America.’ While Arquette was criticized for short-sighted remarks she made backstage about LGBT people and people of color needing to support women, her speech was arguably the impetus for many other Hollywood women to speak out about the wage gap in the ensuing months.” 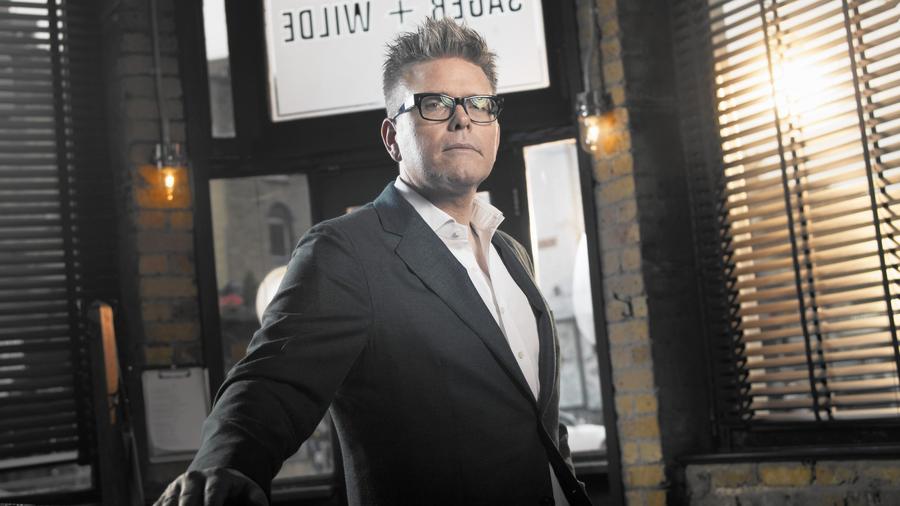 “McQuarrie is finishing lunch. The man who is a complicated hybrid, both comeback story and cautionary tale, has much work to do on ‘Rogue Nation.’ Famously fastidious, he was working on postproduction as recently as a few days ago. McQuarrie has directed the fifth ‘Mission,’ from Paramount and Skydance Prods., with a blend of midcentury cinema style and modern techno-thriller convention, and it's both a heavy undertaking and fine balance. The film's story has enough twists, the dialogue enough eloquence and a British agent (Rebecca Ferguson) enough dubious intentions to be recognizably from the writer of ‘The Usual Suspects,’ which fittingly came out 20 years ago next month. McQuarrie and Cruise mainly designed the action scenes first — they also include a Moroccan motorcycle chase and a wordless underwater sequence — and then connected them together with plot. (Fans may be surprised to learn the already-famous Hunt-clinging-to-the-plane sequence, slotted in one early cut at the film's close, takes place right at the beginning and has little immediate bearing on the main plot.) Cruise had to work on McQuarrie to make the movie, eliciting a kind of tacit agreement during one late-night hangout session, then walking into the other room to call Paramount chief Brad Grey. ‘McQ was like, ‘Yeah, maybe, I don't know,’’ Cruise recalled with a laugh by phone from the ‘Mission’ editing suite last week. ‘And I said, ‘Come on, dude, let's quit talking about it and do it.’” 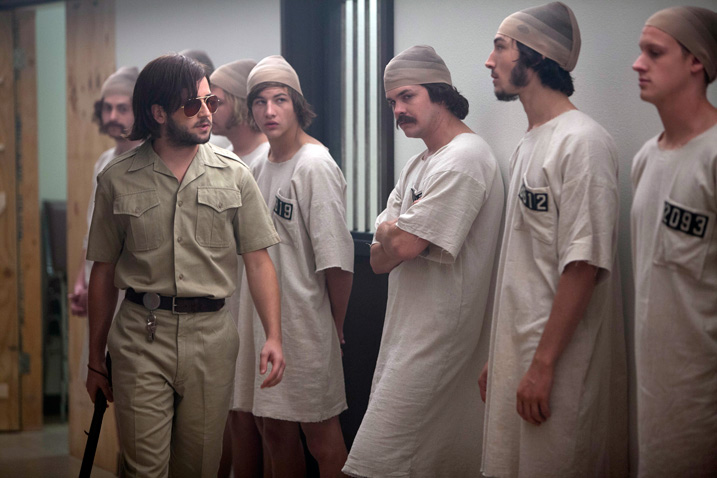 "Ezra Miller and Michael Angarano on the Dark Side of Human Nature in 'The Stanford Prison Experiment'": A fine interview with the two superb actors, courtesy of Indiewire's Emily Buder.

“Miller: ‘I’ll definitely say that this seemed to happen for a reason, exactly at this time. We were making this movie while the riots were happening in Ferguson and the protests and all the organization and networking that was starting to really spark off there in the wake of Michael Brown’s death. It was crazy. I will never forget that we did that scene where Nicholas Braun’s character hits my character in the face when my character has crossed the line. I remember that we were doing it all day. It was a tough scene. I accidentally really did get hit in the face, which I believe is the take that was used. I went home that night to my little hotel cave and was watching whatever it was, Rachel Maddow, live, and saw pretty much the same choreography, beat for beat, happen on a street in Ferguson. I definitely think that what Zimbardo put forward in the wake of this experiment is that when something horrible — tragedy, caused by one human hurting another — happens in our society, we are very eager to point fingers of blame at a single individual. I think that a large part of the movement that has sprung up around all of these people’s deaths has to do with the fact that this problem is massively systemic. We’ve created a situation, just like Zimbardo created a situation in the basement of the Stanford psychology department. We’ve created this situation of white supremacist, imperialist, racist state. Now we’re living in those power structures. When someone acts on the power structure in a violent way, we all act horrified. The truth is that we all bear communal responsibility in the system that we collectively create in society.’” 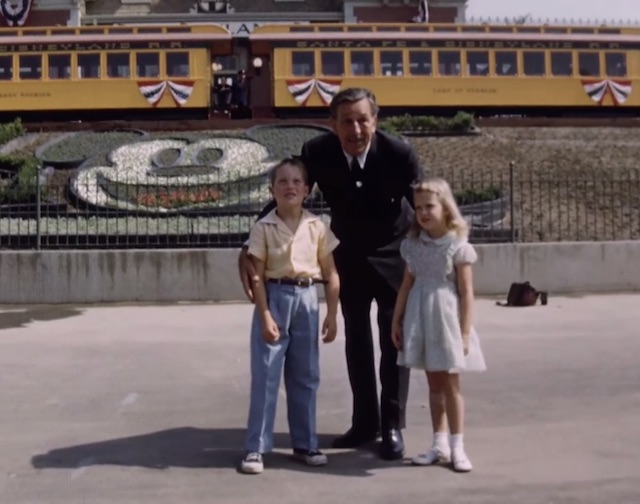 LAist's Juliet Bennett Rylah recounts "The Story Of The First Two Children Through Disneyland's Gates," accompanied by a video interview.

Far Flung Correspondent Krishna Shenoi presents his own brilliantly designed mash-up trailer of "Star Wars" and "Mad Max: Fury Road." This video gets so many things right, including the fact that Charlize Theron gets a well-deserved top-billing.