It’s par for the course at Cannes to occasionally have your sensibilities assaulted by a bad film, but today was the first time I’ve been assaulted by birds. For a few seconds it was like being in a Hitchcock movie. Leaving the big free picnic lunch that the mayor of Cannes annually hosts for the press in an ancient courtyard at the top of the town, I grabbed a dessert and stood looking out over the spectacular view of the port.

A seagull as big as a chicken, his wings flapping furiously against my ear, swooped in over my shoulder and snatched the goody from my hand. As the whipped cream rosettes hit the pavement, three more enormous gulls joined him, tearing the pastry to bits. Maybe it was an omen, but bad news doesn’t always come on wings here.  Sometimes it’s up there on the screen when the curtains open.

What I am starting to term the "Boo-boo" section of this year’s Cannes competition is rapidly growing with this morning’s badly received premiere of “The Last Face” by Sean Penn (“Into the Wild”), starring Javier Bardem and Charlize Theron as relief-aid doctors working in an African war zone. This well-meaning but clueless film puts the wrong in a human rights theme.

I knew we were in trouble when a portentous opening text announced dire conflicts in African states including South Sudan, and ended with “the brutality of an impossible love between a man and a woman.” The giggles rippled through the audience. The man is the handsome tousle-haired Spanish doctor Miguel Leon (Bardem), and the woman is Wren Petersen (Theron), the stunning blonde South African daughter of a man who founded the medical aid organization for which they both work.

A doctor with a desk job, Wren is new to the horrifying bloody conditions of work under fire when the two meet cute in Liberia in 2003, over an emergency C-section performed in the grass by headlamp. They soon fall in love, and the film follows their passion and their breakups back and forth over the course of ten years and numerous African wars.

French star Jean Reno gets third billing, but he’s barely more than an extra. He delivers his couple of isolated featured lines with a stand-and-deliver intensity that had today’s audience laughing and giving him a cynical round of applause. French ingénue Adéle Exarchopoulos, best known internationally for “Blue Is the Warmest Color,” also makes a brief appearance as the abandoned lover that Miguel had been seeing during a hiatus from his affair with Wren.

In its wider view, “The Last Face” depicts on a grand scale the chaotic action of war, the vast scope of atrocities, and the enormity of want experienced by innocent civilians whose lives are destroyed. Unexpected for a director known as a human rights champion in his private life is the film’s foregrounding, that of noble white doctors and their star-crossed romance in an overall setup in which grateful and tear-stained black faces look to them as saviors.

The Un Certain Regard section of the festival premiered “The Long Night of Francisco Sanctis,” a quiet, slow-burning drama of political paranoia. It’s the first feature by Argentinian co-directors Francisco Márquez and Andrea Testa, and eligible for the Camera d’Or prize.

Set in 1977 Buenos Aires and made with limited means and a small cast, “The Long Night of Francisco Sanctis” makes non-political, middle-aged office worker Francisco (Diego Velázquez) the reluctant messenger in a precarious plot to prevent the “disappearance” of two strangers. Francisco, a family man with a mournful face and a brushy mustache, receives a phone call at the office from Elena (Valeria Lois) a woman he knew in college years before. She wants to meet him after work, ostensibly to sign a release so that she may publish a poem he wrote back when they were students. They meet in her car and she mysteriously dictates two names and an address. Her instructions are to memorize the information.

Directors Márquez and Testa keep the story simmering just below the surface in this small but effective film. They initially hold their intentions close, floating subtle suggestions of humor in a breakfast scene with the family, as well as in a meeting with Francisco’s boss. A view from a bus window of a woman having her bag searched triggers unease, as does the sight of two soldiers passing on the night sidewalk. Francisco goes out to buy wine for a late dinner with the wife, and a life-and death odyssey begins in the dark, empty streets. 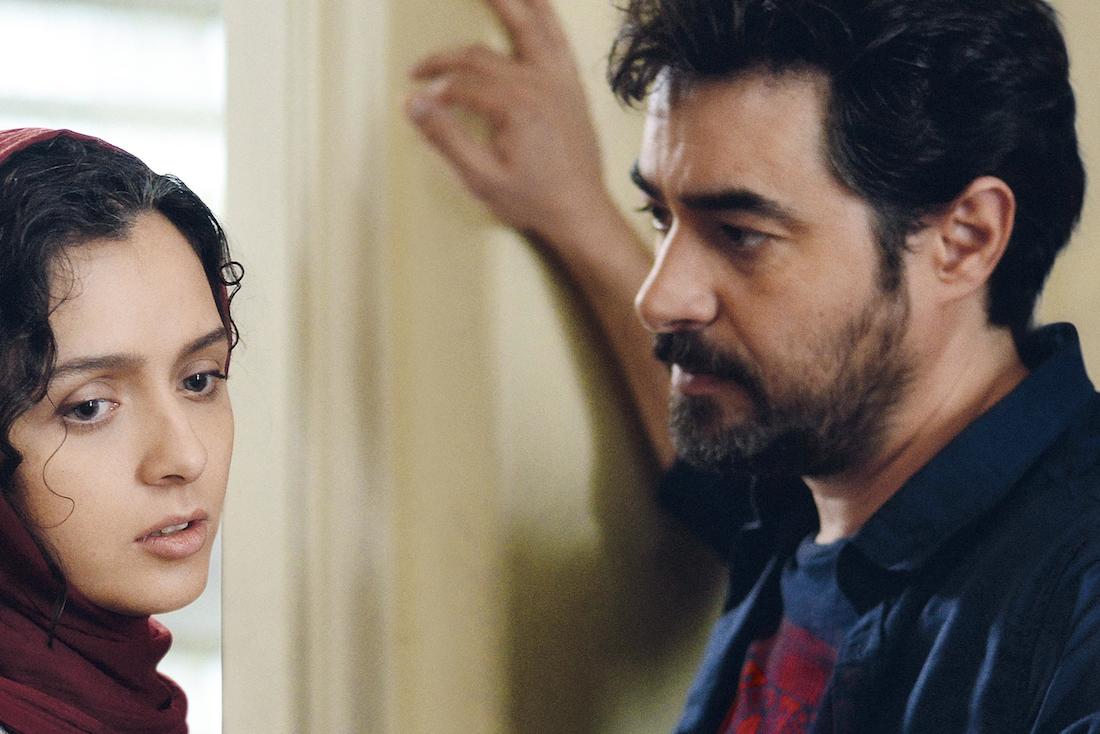 Iranian director Asghar Farhadi may be a victim of his own success. Winner of an Oscar and a Golden Globe for 2011's “A Separation,” anticipation surrounding his competition film “The Salesman” has been high. He was last at Cannes in 2013, when his solid drama of marital conflict, "The Past," won Bérénice Bejo the Best Actress Award.

“The Salesman” also has a troubled marriage at its heart—husband and wife actors co-starring in an Iranian stage adaptation of Arthur Miller’s “Death of a Salesman.” The production is about to open when Emad (Shahab Hosseini) and Rana (Taraneh Alidoosti) are forced to hurriedly abandon their apartment due to a dangerous structural problem. Babak (Babak Karimi) offers them a temporary rental in a building he owns. The previous tenant has just moved out, but leaving a locked room full of  furniture and clothing.

Like “A Separation,” this story becomes a moral maze of conflicting stories when Rana is assaulted in the shower one night when home alone. She has a serious head injury, but it’s also strongly implied that she was raped. She won’t admit it, even to her husband, and claims that she never saw her attacker, although there is much evidence to support the suspicion that she did.

The police are not called, and Emad begins to investigate based on some items that the suspect left in the apartment in his hurried escape. Unlike “A Separation” this script is implausible in its complexity, creating many layers of perception that don’t add up. The attack may or may not be connected with the previous tenant and her abandoned belongings; Rana may or may not know her attacker. It’s clear that no one is telling the whole story, but unclear what Rana would have to gain by not revealing the truth.

The narrative of Rana’s situation is intercut with scenes from the public performances of “Death of a Salesman.” It’s not evident why Farhadi chose this particular play as the parallel, as there is no thematic connection. The stage production is a device that serves only to give key actors Rana, Emad, and Babak the opportunity to deviate from the script and say things to each other on stage they would not say in private.