George Miller’s “Mad Max” films didn’t just make Mel Gibson a star—they completely transformed post-apocalyptic entertainment with their visceral stunt work and singular vision of an increasingly desperate future. Three decades after the last film, the oft-maligned “Mad Max Beyond Thunderdome,” Miller finally returns to this desolate landscape for the highly-anticipated “Mad Max: Fury Road,” recasting the title role in the grizzled visage of Tom Hardy and upping the stakes with promises of vehicular mayhem on a level commensurate with what modern CGI audiences have come to expect.

From its very first scenes, “Fury Road” vibrates with the energy of a veteran filmmaker working at the top of his game, pushing us forward without the cheap special effects or paper-thin characters that have so often defined the modern summer blockbuster. Miller hasn’t just returned with a new installment in a money-making franchise. The man who re-wrote the rules of the post-apocalyptic action genre has returned to show a generation of filmmakers how they’ve been stumbling in their attempts to follow in his footsteps.

“Who was more crazy? Me, or everyone else?” In “Mad Max: Fury Road,” Miller has pushed his Gilliam-esque vision of a world gone mad to its logical extreme. No longer are the people of Max Rockatansky’s world merely scavengers for oil or power; they have been transformed into creatures of circumstance, either left with one defining need or left without any semblance of reason. “Fury Road” is a violent film, but the violent acts in this world don’t feel like arbitrary action beats—they emerge from a complete lack of other options or a firm sense of straight-up insanity. Miller’s new vision of Max isn’t a warrior. Rather, he’s a man driven by the memories of past sins to do little more than survive. He walks with the ghosts of those he couldn’t save, and his traveling companions have pushed him to the brink of sanity.

While wandering at this edge, Max is kidnapped and transformed into a literal blood bag for a feral warrior named Nux (Nicholas Hoult), who serves the whims of his maniacal ruler, Immortan Joe (Hugh Keays-Byrne, who also played the villain Toecutter in the original “Mad Max”). From the start, Miller gives you no time to “ease” into this world or the story he wants to tell. The frame rate is accelerated, the editing is hyperactive, the bad guy speaks through a mask that makes half his dialogue indecipherable (shades of Hardy’s Bane from “The Dark Knight Rises”), and the horrific visions of Miller’s twisted future come fast and furious. Immortan Joe is a barely-alive freak of nature, kept breathing by tubes connected to his face and served by similarly disfigured half-humans with definitive names like Rictus Erectus (Nathan Jones) and The People Eater (John Howard).

One of Joe’s most notable warriors is a powerful woman known as Imperator Furiosa (Charlize Theron), who, as the film opens, is leading a convoy from Immortan Joe’s citadel to the oil refinery Gastown when she deviates off course. It turns out that Furiosa has kidnapped Joe’s “breeders,” the women he keeps prisoner in an effort to create a male heir. She’s taking them to “the green place,” to safety. Of course, Joe sends his men after Furiosa—including Nux, to whom Max is still attached—and the rest of “Mad Max: Fury Road” consists of one long sustained chase across the unforgiving desert. With the exception of one centerpiece of dialogue, the film takes place almost entirely on the move, speeding, chasing, bouncing, and exploding across Miller’s scorched landscape.

As a reflection of more desperate times, Miller has updated the needs of his future world from commodities like oil to pure survival. Max has been reimagined as a fighting, driving machine, a man who “finds his own way,” moving forward in an attempt to outrun his ghosts. Nux is a brainwashed goon, a man-creature who believes that he will die and be reborn after sacrificing himself for a trip to Valhalla. Max eventually steps into the role of the action hero, but, in one of his most daring moves, Miller gives the weight of the narrative to Furiosa, a woman who holds on to the only thing that could possibly give her hope in this violent world—the next generation. Theron does arguably the best work of her career here, artfully conveying the drive in Furiosa’s soul in a way that fuels the entire film. She does more with a searing stare or clenched jaw than most actresses could with a page of dialogue. And one shouldn’t undervalue the empowerment message at the heart of this film—Eve Ensler, author of “The Vagina Monologues” consulted with Miller on the script—which suggests that women, as the creators of new life, will, inherently, always be the gender that holds hardest onto hope for the future. Furiosa looks at the insanity of the male leadership around her and decides enough is enough. When one of Furiosa’s wards goes into labor and still defends herself and her yet-to-be-born child (after being shot no less), it’s hard not to see “Fury Road” as an answer to the macho nonsense that so often defines the action genre.

But none of that should remotely imply that the action here is lost in the message. The pacing, the sound design, the editing, the music (courtesy of Junkie XL and some of Joe’s freaks who play drums and electric guitars during the action), and even the emotional stakes are all so far above average that they make just about any other car-chase movie look like a quaint Sunday drive by comparison. The first chase in “Fury Road,” as Joe’s men catch up to Furiosa and her precious cargo, is one of the most remarkable action sequences in film history. And that’s really just a warm-up. It’s no exaggeration to say that, if you think something in “Fury Road” is the most breathtaking action stunt you’ve seen in years, you really need only wait a few minutes to see something better. This is a movie where you keep thinking that its reached its apex and then, inexplicably, that moment is left behind in the dust.

From the very beginning, Miller and his team do something that so many other filmmakers fail to do—they define the geography of their action. Rather than merely tossing the camera around in the vain hopes of creating tension, they constantly give the viewer overhead shots and clear physical dimensions of what’s happening and where we’re going. And then they blow it all up. There are dozens of crashes, explosions, and flying bodies in “Fury Road,” and yet the piece never gets repetitive, especially as the emotional stakes increase with each sequence. Miller knows when to let the pace coast when it needs to, which is rarely, and then he pushes the pedal down and plasters you to your seat.

“Mad Max: Fury Road” is an action film about redemption and revolution. Never content to merely repeat what he’s done before (even the first three “Mad Max” have very distinct personalities), Miller has redefined his vision of the future yet again, vibrantly imagining a world in which men have become the pawns of insane leaders and women hold fiercely onto the last vestiges of hope. “Fury Road” would be remarkable enough as a pure technical accomplishment—a film that laughs in the face of blockbuster CGI orgies with some of the best editing and sound design the genre has ever seen—and yet Miller reaches for something greater than technical prowess. He holds aloft the action template that he created with “The Road Warrior” and argues that Hollywood shouldn’t have been copying it for the past three decades, they should have been building on it. “Fury Road” is a challenge to a whole generation of action filmmakers, urging them to follow its audacious path into the genre’s future and, like Miller, try their hardest to create something new. 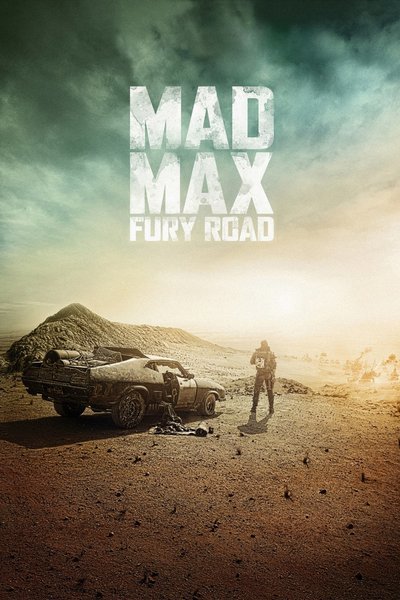