How to Win an Academy Award 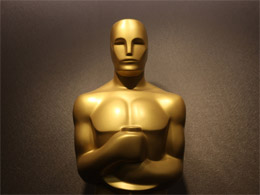 The Academy Award winners for the past thirty years have followed consistent molds, primarily in the categories of Best Actress, Best Actor, and Best Picture. It is a very simple set of templates that I will explain with excessive evidence. This is not to say that the Academy Awards are a conspiracy run by some secret society, although that idea would be quite fun. Rather, at the very least, there is a subtext to American culture that plays out in the ideas and ideals in American cinema, and it plays out consistently. At the very least, I'm illustrating some unwritten ideals in American culture. Whether or not they are healthy or corrupt, they are there in us. So, "Best Picture" is not a great movie; rather, it is a great movie that fulfills the mold.

My goal here is to be proven wrong. My complaint is that American Cinema is so limited in its imaginative and emotional possibilities, especially compared to films of other lands, that I hope this essay compels voters and moviegoers to change things. I doubt that I will be proven wrong by contrary evidence. Rather, I hope that future winners break the molds I list below.

Feel free to test my arguments against those award winners that I do and do not list. The films I leave out are either films that also support my point, or are films whose stories I do not remember, or in a few rare cases are films that I have not seen. I will let you decide if I am playing fast and loose with important details. You can look back in my Twitter feed from last year, when I repeatedly said from the beginning that the original runaway favorite for Best Picture ("The Social Network") had no chance of winning. Because, it did not fit the mold. Others were so convinced that I was wrong that they offered wagers that I should collect upon.

Now, let us see who the Oscar always goes to.

The Academy Award winner for Best Actress always goes to a performance for whom gender and/or sexuality is a major part of the character's story. If you remove the sexuality aspect or the importance given to gender in the character's narrative, then you will fundamentally change the character. This point, as we will see later, is not true for Best Actor. 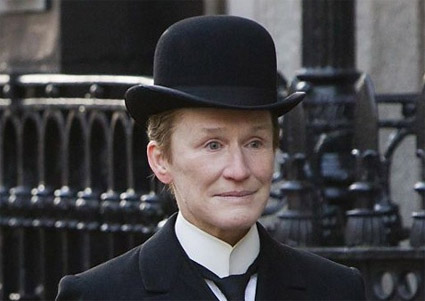 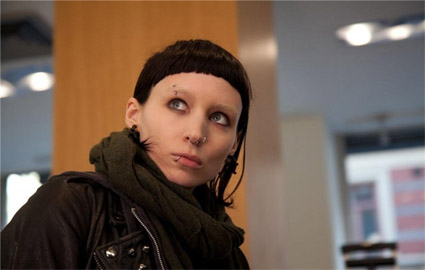 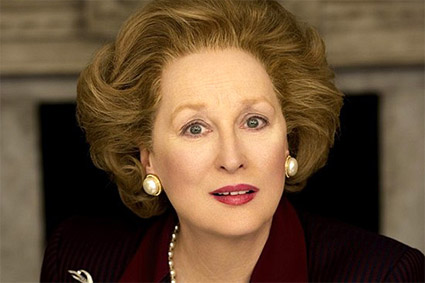 I won't be speaking much about this year's nominations, but I do have to make a special point here about the nominations in this particular category: just looking at the trailers, I have not seen any of these films, yet it seems that I just described all of them. Glenn Close is sort of a man in "Albert Nobbs." I have not seen Fincher's movie, but I did see Oplev's film, so I can say with some confidence that Rooney Mara's sexuality is very much a part of the story in "The Girl with the Dragon Tattoo." Meryl Streep is "The Iron Lady" Margaret Thatcher in the man's world of late Twentieth Century Britain. And, Michelle Williams is Ms. Monroe in "My Week with Marilyn." The usually amazing Viola Davis in "The Help," may or may not be an exception. 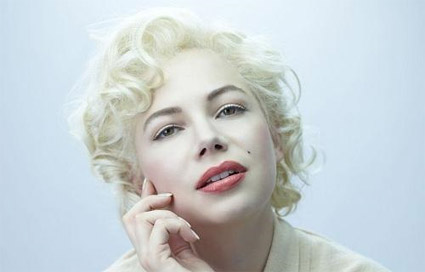 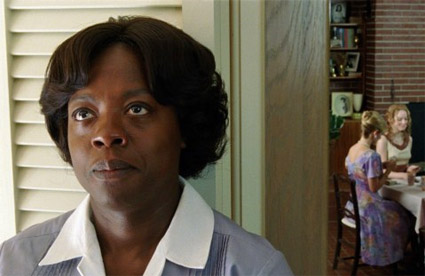 Nevertheless, if I am correct about this mold, then this point is rather disappointing, isn't it? I do think that this is a serious, perhaps scathing commentary on the plight of women in our culture: gender and/or sexuality is part of feminine identity in our culture in a way that it is not for masculine identity. In other words, a woman is reminded that she is a woman far more than a man is reminded that he is a man. Of course, if the Academy Awards represent masculine identity through Best Actor, then we have other issues to wrestle with.

The Academy Award for Best Actor will go to a performance about a man who is pushing against a very difficult, un-accepting, maddening world. That man has some trait that makes him a square peg in the circle of society. Of course, this point sounds like the story of nearly every movie ever made, especially every hero movie, but these movies are usually not about heroes. 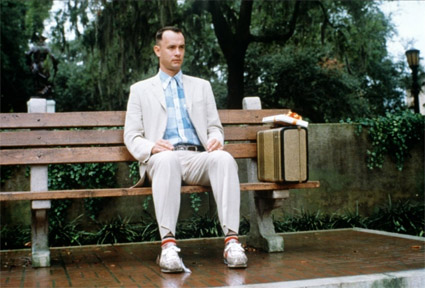 Consider the winners. Tom Hanks is mentally challenged in "Forrest Gump," (1994) and gay in "Philadelphia" (1993). Nicholas Cage is the drowning alcoholic in "Leaving Las Vegas" (1995). Geoffrey Rush is beaten by his father into mental breakdown in "Shine" (1996). Jack Nicholson is obsessive-compulsive in "As Good as it Gets" (1997). Denzel Washington is an insane cop in "Training Day" (2001). Interestingly, the deleted scenes of "Training Day" reveal biographical bits that further illustrate that this character fits this "Best Actor" mold.

Further, Jamie Foxx is the African-American "Ray" Charles in bigoted American life (2004). Sean Penn is gay in "Milk" (2008), and a father trying to find his daughter's killer "Mystic River" (2003). Forest Whitaker is the increasingly crazy leader in "Last King of Scotland" (2006). Daniel Day-Lewis is the tyrannical businessman in "There will be Blood" (2007). The character that seems to least fit this mold is Jeff Bridges' "Crazy Heart" (2009), unless we consider his socially-rejected quality to be his age in a Country Music world that reveres youth. If the Academy Award Best Actor depict the American man (even if the actor or character is not an American), then the American man does not fit in society. 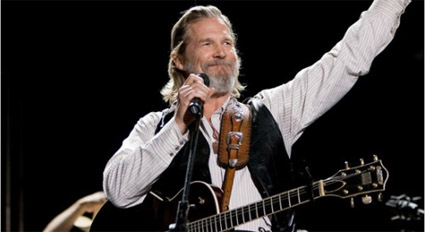 Best Picture. The biggest category might overtly seem to be the most American. The Academy Award Best Picture is, generally speaking, a liberation story. The Oscar goes to a film that involves someone in some sort of prison, seeking and achieving some sort of freedom, though death often takes place in the process (along with some sort of love interest, usually).

"Dances With Wolves," (1990) is about Kevin Costner fighting to free the Native Americans from the American Army. The central plot of "The Silence of the Lambs" (1991) revolves around Jodie Foster's attempts to find a girl kidnapped by a serial killer. In 1993, Liam Neeson in "Schindler's List" works in his capacity to free Jews from the Nazis. In 1995, William "Braveheart" Wallace seeks to free the Scots from British. In "Titanic" (1996) Rose is trapped, at times physically and at times metaphorically, mostly by her mother, by the obligations of her social class. "American Beauty" (1999) is in some ways the most blatant; Kevin Spacey repeatedly appears in scenes hiding or hidden behind what look like prison bars; he gets freed in a most unfortunate way. 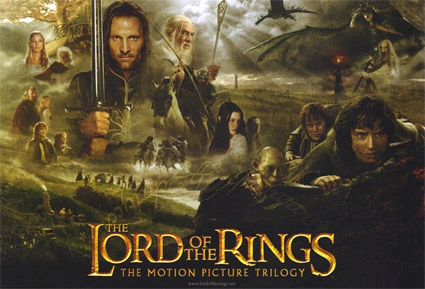 In 2003, all of Middle Earth is imprisoned by that evil eye in "Lord of the Rings: The Return of the King" until Frodo and his little buddies can get rid of the Ring. In "The Departed" (2007) Leonardo DiCaprio keeps demanding to be freed from his assignment as an undercover cop. "Slumdog Millionaire" (2008) works on multiple levels, but the core story involves Jamal repeatedly trying to free Latika. "The Hurt Locker" is about a few soldiers seeking to end their tour of duty and go home. "The King's Speech" (2011) is about a man imprisoned by a speech impediment and hires someone to cure it. 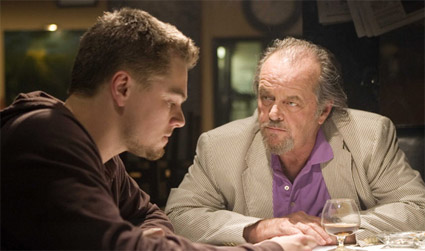 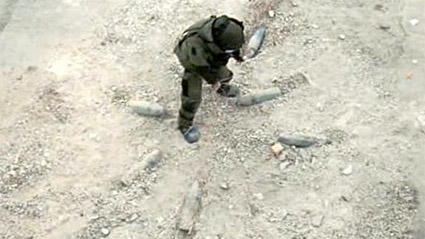 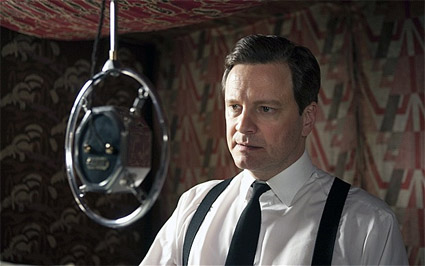 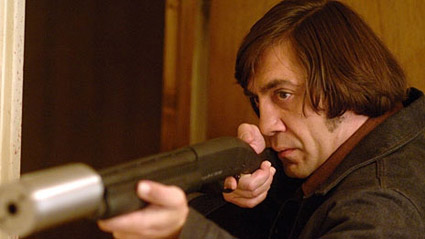 Of the remaining films, the film that seems to be the exception is "No Country for Old Men." The main thing I remember from that movie is , his hair and his weapon. Also, Forrest Gump frees Jenny from the clutches and memories of her father; I don't know if this thread would be central to its story, but I suppose it is. On a side note, even though it's been nearly twenty years since that movie, every time I meet someone named Jennifer, in my mind I start saying, "I know what love is, Jen-nay." Now that I think about it, I also keep imitating Gollum, from "Lord of the Rings." Maybe I need to spend less time analyzing movies and go read a book or make a friend or open my drapes, or something.

I have to emphasize that these molds seem to be true for the last 30 years (at least since 1990). Prior to 1990, the molds do not work as well. It seems that after the blockbusters in the 1970s, Hollywood did transform itself by reducing its possibilities. After "Star Wars," it made Campbell its patron saint. Meaning, Hollywood films consciously started following the mold of Joseph Campbell's legendary book, "Hero with a Thousand Faces," in which he asserts that all cultures have mythologies that have heroes that follow the same series of steps from the moment they receive their first call, to the moment they return home. Hollywood, capitalizing on the astonishing success of "Star Wars" subsequently made most of its films into Hero movies following Joseph Campbell's model. It follows then, that the variety of films we saw from Hollywood, up through the 1970s, decreased tremendously from the 1980s onward, through to today. And, it seems that the Oscars for the major awards likewise promoted their own specific molds, starting at least from the 1990s. 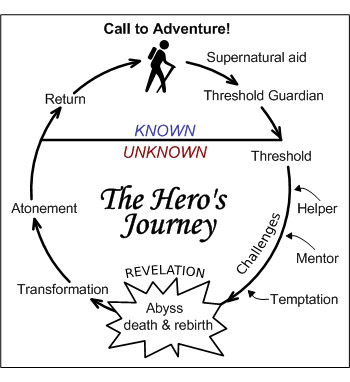 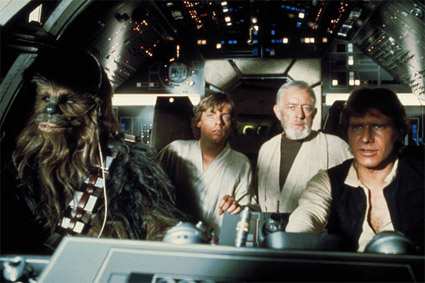 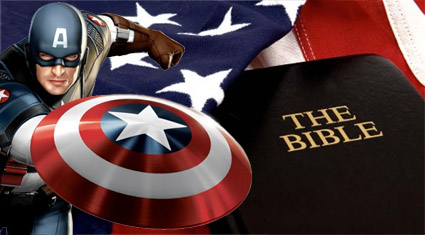 So, where do these Academy Award molds come from? I wonder if there is something Biblical here, in our American imaginations of females (like the women in the Bible), males (like the prophets in the Bible), and life in general. Meaning, films from Europe, especially from Sweden and France, really seem to have Catholic undertones. Films from America might be equally Protestant in nature, with the emphasis on liberation from authority and tyranny. This point is especially interesting, considering that many of the filmmakers and performers are non-believers, might even be non-American, but drink from the same American waters that the rest of us do.

I just hope that things will change, and we will return to an older Hollywood, where we saw a greater variety of stories, characters, and ideas. Thus, I hope you do win an Academy Award through a project that breaks all the molds.