“‘Fury Road’ ultimately bolsters its gonzo vehicular warfare by turning its story into an all-too-relevant treatise on reproductive rights. Miller’s story renders Max (now played by the fearsome Tom Hardy) as something of a secondary character, with the focus more squarely on Charlize Theron’s Imperator Furiosa, a Citadel warrior with a mechanical left hand who tries to secretly shepherd King Immortan Joe’s subjugated brides—one of whom (Rosie Huntington-Whiteley) is very pregnant with his coveted child—to an idyllic ‘green’ safe haven. Her mission is one of rescuing female prisoners from their male owners, and in doing so, to re-imbue them with agency over their own lives and bodies. It’s a mission that draws the ire of King Immortan Joe, a paternalistic fiend whose interest in enslaving women as veritable baby-making cattle (and, in the case of his other captives, milk-producing cows) is presented as the future’s true evil, which must be combatted by both women and all those (including Max) who believe in female sovereignty of both a political and corporeal nature. He refers to them as ‘my property,’ while their mantra is, ‘We are not things.’” 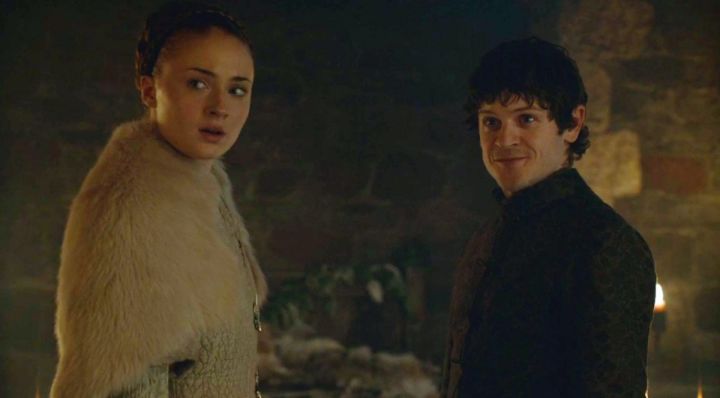 "'Game of Thrones' Reminds Us, In Media, Women Are Raped, Men Are Killed": A provocative essay from Playboy's Noah Berlatsky regarding the recent controversial episode of HBO's hit series.

“Writers such as Femme Esq., Jill Pantozzi and others have used a feminist lens to point out that the constant, lazy use of sexual violence to connote edginess, or simply to move the plot along, is ugly and offensive. It trivializes trauma, and its ubiquity ends up suggesting that women and women’s stories are only interesting, or worth talking about, to the extent that they involve sexual abuse. In addition, though, I think the focus on sexual violence against women as a uniquely horrible and important driver of narrative results in a less-discussed side-effect. It naturalizes or trivializes non-sexual violence against men. Alyssa Rosenberg makes this dynamic unusually clear in her review of the most recent ‘Game of Thrones’ episode, when she writes that she hoped the rape would be prevented by the beginning of a war, writing, ‘Maybe we’d be spared the sight of a young woman’s suffering by the sight of grown men turning each other into meat.’ Rosenberg adds that, ‘This is the terrible calculation that ‘Game of Thrones’ has trained us to make,’ but she fails to point out that this is always the calculus in just about every form of pop culture fiction. Women experience sexual violence, which is figured as horrible, life-changing, traumatic and the defining truth of their existence. Meanwhile, men are casually butchered with little comment, often in narrative pursuit of saving women from sexual violence or as revenge for sexual violence committed against women.” 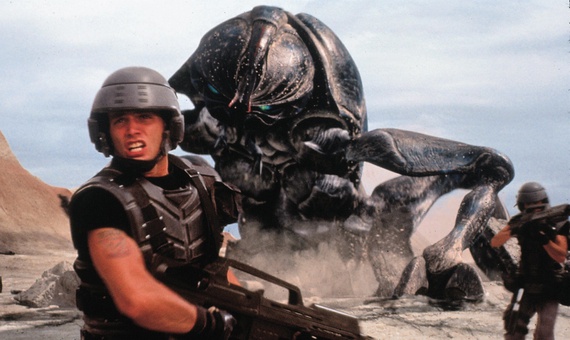 "'Starship Troopers': One of the Most Misunderstood Movies Ever": The Atlantic's Calum Marsh celebrates Paul Verhoeven's underrated 1997 sci-fi satire.

“‘Starship Troopers’ is set in the distant future, when humankind has begun to colonize worlds beyond the borders of our galaxy. Earth has provoked an otherwise benign species of bug-like aliens to retaliate violently against our planet, which it suddenly and correctly perceives as hostile. Interpreting what are pretty obviously self-defense tactics as further gestures of aggression, humankind marshals its global forces and charges into a grossly outmatched interstellar war. The rhetoric throughout is unmistakably fascistic: Earth’s disposable infantrymen, among whom our high-school-aged former-jock hero naturally ranks, are galvanized by insipid sloganeering, which they regurgitate on command with sincerity as they head to slaughter. (‘The only good bug is a dead bug!’ is the chant most favored—shades of Animal Farm abound.) The resulting film critiques the military-industrial complex, the jingoism of American foreign policy, and a culture that privileges reactionary violence over sensitivity and reason. The screenplay, by ‘Robocop’ writer Edward Neumeier, furnished the old-fashioned science-fiction framework of Robert A. Heinlein’s notoriously militaristic novel with archetypes on loan from teen soaps and young adult-fiction, undermining the self-serious saber-rattling of the source text. Even the conclusion makes a point of deflating any residual sense of heroism and valor: We see our protagonists, having narrowly escaped death during a near-suicidal mission, marching back to battle in a glorified recruitment video—suggesting that in war the only reward for a battle well fought is the prospect of further battle.” 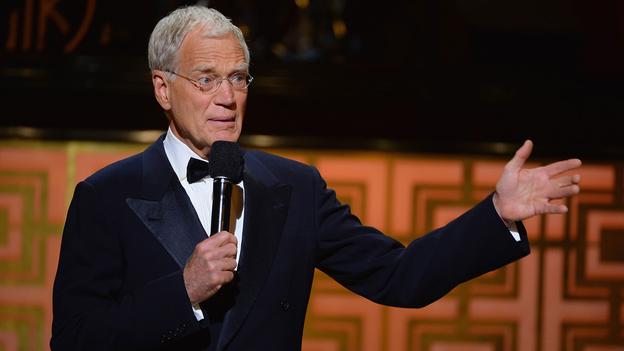 "David Letterman: The man who changed TV forever": The "Late Night" host, who aired his final show last night, is honored by Keith Uhlich at BBC.

“From the start, Letterman took a much more unabashed, ‘anything goes’ approach: the first person on screen in the initial episode isn’t even Dave himself but helium-voiced Late Night staple Larry ‘Bud’ Melman, riffing on Boris Karloff’s version of Frankenstein as he offers “a word of friendly warning” about what we’re about to see. Then the image dissolves to a bevy of girls in peacock headdresses (the peacock being the mascot of Late Night’s home network, NBC) dancing to a disco rendition of Tchaikovsky’s Piano Concerto No 1. Eventually, they pause and introduce, in endearingly awkward fashion, ‘a man who shouldn’t be up this late… David Letterman!’ It feels like an eternity before Dave emerges through that sea of feathers, and he already emanates the to-hell-with-it-all demeanor that would become his stock in trade. Is he laughing to himself or just plain irritated? Part of the fun is never knowing which.” 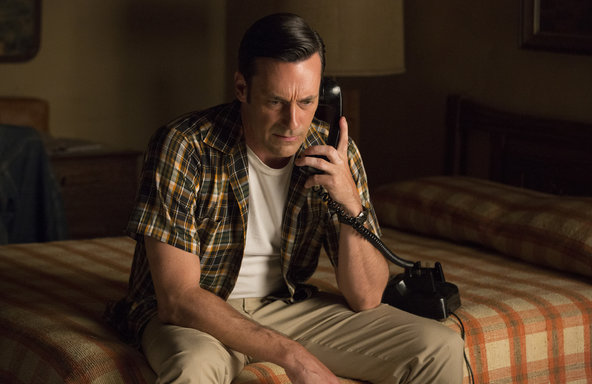 “Don’s journey over the last few episodes was a tricky experience, as an actor. To be set adrift for the last few weeks, really experiencing that aloneness, that self-exile that Don was experiencing, it was very disorienting, which hopefully played. It was thematically kind of perfect. The world carries on, and that’s a big question about Don. Did the place fall apart without me? Well, no. That’s not how it works. Everybody picks up and thinks, oh, that’s too bad — that guy had a nervous breakdown. [With January Jones and Kiernan Shipka], we shot those on set. So you can actually have the person sitting right off camera, reading the lines to you. [For Elisabeth Moss], we were three and a half hours up the [California] coast, on the edge of a cliff. When he hangs up with Peggy, that was an incredibly difficult scene to shoot. We were in the middle of nowhere, and they were going to just have someone else read the lines, off-screen, for me. Elisabeth wasn’t there, but both Elisabeth and I suggested that it might be better if we could have an actual connection on the phone. So she was on the other end of the phone. I’m sure there are other takes of that scene where I’m much more emotional, and Matthew chose to use the ones that are a little more confused and restrained. He’s completely bereft, and because of that, he is then open to hearing this information and this story from this stranger.”