The Unraveling of a Loveless Heart 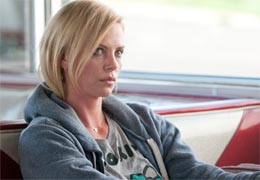 There is a 20 second moment in Jason Reitman's "Young Adult" that just floored me. Here is the story of a High School Prom Queen -- Mavis Gary (Charlize Theron) - revisiting her hometown on a targeted mission to reclaim her old boyfriend. She walks through her parents' house and sees a large wedding photo. I thought it was a photo of her parents; her mother looks just like her? But, no, it is her own wedding. Not only do her parents keep the photo, but her father casually praises her ex-husband. I don't remember how long she's been divorced, but I was devastated just listening to his comments. Any normal parent would break his or her back to provide the child with every benefit; any child knows this. Still, the child also needs to hear the "I love you" and the "I value you" and the "I'm proud of you." But, when the child's ears hear, "I like your ex-spouse," from the two people she needs validation from, they are saying, "I like your ex-spouse, though he is worth nothing compared to you." What she instead hears is, "You're no good. You failed. I'm siding with him." 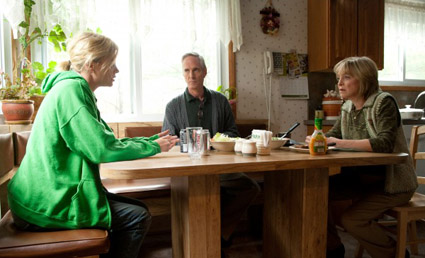 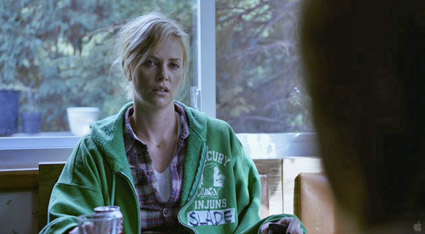 From there it makes sense that she clings so tightly to her pathetic normalcy. If she has despaired of loyalty from her own parents, she compensates by scrambling for loyalty from anything else. Everywhere she travels she clings to her dog, her computer, her Diet Coke, even her car. Her current car is an upgrade of the same car she had as a High Schooler: red body, white top. When her car betrays her - by crashing - she turns to her older car. Likewise, with her spouse gone, she turns to her older "spouse," the High School sweetheart. When she arrives in her hometown, she clings to an nonthreatening sidekick and foil Matt Freehauf (Patton Oswalt). But, she does not treat any of them well. She seems to ignore her dog. Her computer system is neglected. Her car is a filthy mess. She abuses her sidekick, ferociously. 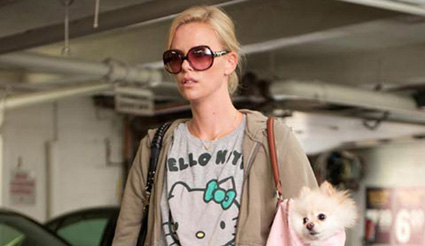 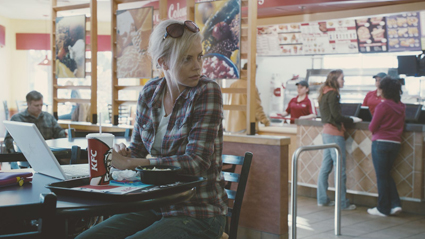 The compensating does not end there. If the loyalty-seeking behaviors were unhealthy, they also failed to fulfill her needs. She resorts, also, to destructive behaviors. She's clinically depressed. She's an alcoholic. She pulls out her hair. Considering how much she eats and how slim she is, she is probably bulimic. And, she hides in the memories of old songs, reality TV, and skewed memories of childhood. That her parents have not intervened is telling: when she tells them she's an alcoholic, they seem to brush it off. Either they've given up on her, or they never tried.

So, she is struggling socially, professionally, and probably financially. Her anonymous claim to fame as a ghost writer is at its end. Taking the story to its logical conclusion, we get the sense that she's reaching her own finale. The advertising of "Young Adult" presents the story of a clueless spoiled brat, but the film itself is the story of a woman seeking love, loyalty, and redemption from the wrong places before her final plunge into destruction. 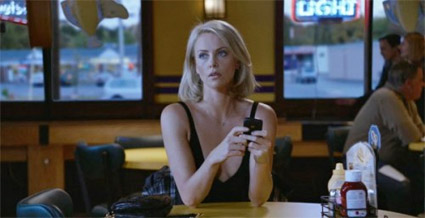 In contrast, however, is the population of Mercury, Minnesota. It is a Midwestern suburb, very much like writer Diablo Cody's Chicagoland hometown, which is about 10 minutes from where I live. On the surface, it seems like a modest town of happy people for whom the opening of a chain store is the subject of proud conversation. I remember when the McDonald's opened in my town. It was cultural event; we were part of the world. Looking deeper, everyone in Mercury seems frozen in time, still living in High School imaginations. But, they are not frozen: they seem content, in the way that (we) modest Midwest people do.

I think of the "Informant," showing the descent of a Midwestern man who convinces his self that he is flying high, when in actuality he is crashing. I recall Pacino's character in "Donnie Brasco" where we expect Pacino to be a Corleone style gangster, but he is instead a beat up peon. Here, we expect Mavis Gary to be in full control of her self and her environment, but she is instead the object of pity. Further, if Diablo Cody were to rewrite Cassevetes' "A Woman Under the Influence," I suppose it would be this movie. 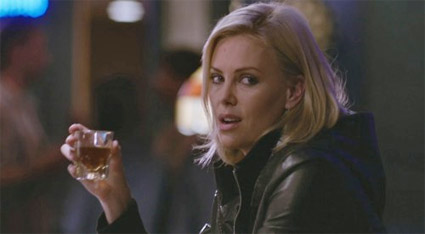 More than these, however, "Young Adult" is the sequel to all those High School movies presenting that fragile age as a time of bewildered incarceration. After the requisite ambitious graduation speeches, the prisoners are free. Some race forward. Some seek stability. Some are lost. Some are wounded. Even in today's American life, I think we underestimate how much High School really affects us. If college teaches you your worldview, High School teaches you how to fit in the System. If, in our adult lives, we're not responding to the world our parents gave us, then we're often responding to the subversive impact that High School had upon us. When I think back to High School, I remember so many wonderful moments and yet recall feeling like I held my breath for four straight years. In Mavis Gary's case, she's responding to both her parents and those adolescent years by living in an imagination. When she explores her hometown, the only thing we can confirm is that she does not see the same things we or the other characters see. 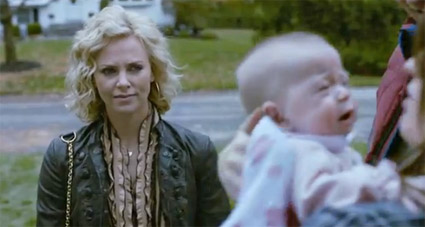 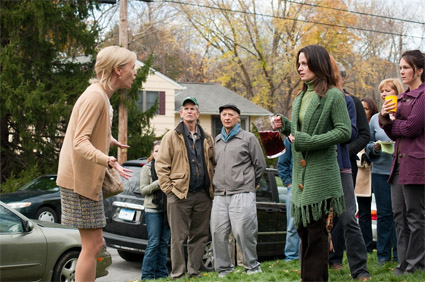 By reaching for our hearts through our eyes and ears, movies have this antiseptic quality to them. We enter the exotic worlds while dressed in a plastic bubble. In this movie, the characters periodically speak about smells. I imagine that despite the manicured appearance, Mavis Gary smells like a 3D combination of loud perfume hiding the smell of booze hiding the smell of puke hiding her cracked crystal heart. Her car, her condo, and her hotel room all probably stink the same. Everyone around her sees it, except us, because we're locked in the plastic bubble of the movie theater.

"Young Adult" is Reitman's and writer Cody's most emotionally deep and controlled movie. It gets difficult to watch. It carefully reveals Mavis Gary's story, layer by layer, exposing more and more of the dishonest ghost writer who might wish she were a corpse. Without paying attention to the subtle details, like that conversation about the wedding picture, it's easy to find Mavis to be a prickly, repulsive monster. Considering those subtle moments, however, she seems to be just as much a product of her environment as all the others in her hometown.

In the film's final shot, Mavis stares at her car and clicks her keychain security button, and her loyal car beeps in response, telling her that the world is secure. While she frowns, her voiceover narrates the tale of a fictional High Schooler ready to tackle the world. Maybe that is what everyone in the film seeks. They all imagine lives of travel and conquest in the big city, but instead seek lives of simple security. But she has not yet found either. Having watched the movie, I felt the need to give my daughter a hug and tell her that I love her, I value her and I'm proud of her and that I'm not capable of giving up on her. I hope she knows I mean it. Of course, she hasn't started High School yet.