"All 42 Meryl Streep Performances, Ranked": Vulture's Will Leitch and Tim Grierson present a thorough analysis of the towering actress. See also: Our Sheila O'Malley pens an enthusiastic review of Streep in "Ricki and the Flash" at The Sheila Variations.

“18. ‘The Hours’ (2002): ‘The Hours’ can be smothering in its studied sadness, but Streep lends some much-needed heart to this glassy adaptation of the Pulitzer Prize–winning Michael Cunningham novel. As Clarissa, a former lover of celebrated poet Richard (Ed Harris), who is dying of AIDS, Streep turns clichés into truisms, playing a successful, romantically fulfilled woman who nonetheless can’t quite articulate why happiness eludes her. In a film undone by dramatic flourishes, Streep is quiet, subtle, reserved — this is a performance in which the somber, thoughtful reactions are more important and moving than the flowery speeches. Naturally, that means she didn’t get an Oscar nomination for it. [...] 17. ‘One True Thing’ (1998; nominated for Best Actress, lost to Gwyneth Paltrow in ‘Shakespeare in Love’): Here’s a role that Streep doesn’t get to play that often: Nagging mother. In this adaptation of Anna Quindlen’s novel (directed by One ‘False Move’’s Carl Franklin), Streep plays a mother dying of cancer who calls back her estranged journalist daughter (Renée Zellweger, the film’s weak link) to help her in her last days. You can believe this woman would have an estranged daughter: Streep is uncompromising in how suffocating she is. But she sneaks in glimpses of the good soul underneath and, more than anything, how much more difficult her life has been than anyone realized. Despite the Oscar nomination, this is one of Streep’s more interesting and underrated performances.”

"Terrence Malick and the Tao of the Sojourning Soul, Part 1: Spiritual Voices": A great essay from MUBI's Reno Lauro.

“A new and radical assessment of this cinematic Tao is especially important as a remnant of cinephiles await the release of Malick’s ‘The Knight of Cups’ (2015) and ‘Weightless’ (2016)—the second and third films in the director’s far more personal post-exilic triptych that began with ‘To the Wonder’ (2012). His first post-exilic triptych began with ‘The Thin Red Line’ (1998), after a now fabled 20-year self-imposed exile from Hollywood, and includes ‘The New World’ (2005)—the masterful ode to the dawn of the American experience—and the Palme d’Or winning ‘The Tree of Life’ (2011). The contemporary and urban nature of this new trilogy will no doubt demand a major reassessment of what we think about Malick’s oeuvre and even prompt a long overdue rethinking of the loosely applied term ‘Malickian.’ Malick’s three historical epics can be seen as extensions and refinements of the cinematic techniques and philosophical concerns initiated during the laborious filming and editing process for ‘Days of Heaven’ (1978). Indeed, this was one of film critic Roger Ebert’s chief criticisms of ‘The Thin Red Line’; Ebert believed the film was uncertain and derivative. However, it’s now apparent that in actuality ‘Days of Heaven’ is the film that feels like an artist’s compilation of uncertain notebook sketches and detail studies. Yes, it’s a film with the full backing of a studio at the height of a cultural and artistic revolution and so its pictorial scope is sweeping and expansive, but it was also a film born from conflict, change and exploration. It’s a film about soulless wanderers that, in retrospect, itself is searching for a greater calling beyond it’s own celluloid artifice. While the film was no doubt unlike anything coming out of Hollywood at the time and simultaneously so attuned to the mood of its time, it still lacks a confidence of purpose that is present in Malick’s films from ‘The Thin Red Line’ onward.” 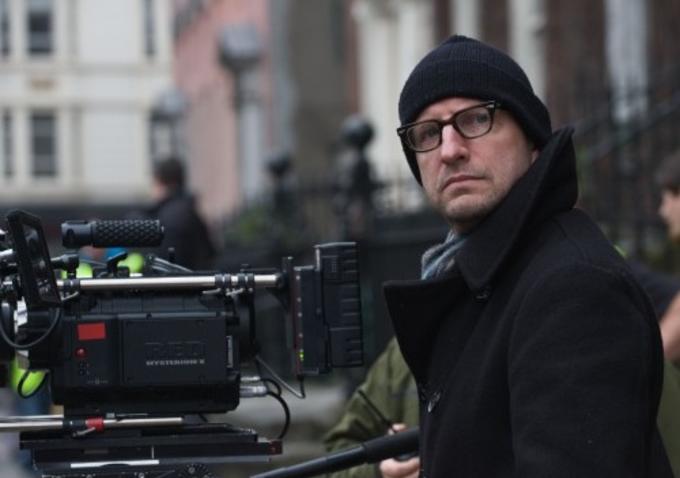 "How Steven Soderbergh Changed America's Relationship to Sexuality at the Movies": Indiewire's Ethan Sapienza champions the auteur's legacy and influence.

“Soderbergh's success with ‘XXL’ can be seen in a greater light when compared to the flop of ‘Entourage.’ Though way past its window of popularity, the HBO film had enough relevancy and crazy cameos to make for at least a meager picture, but instead was absolutely slammed by critics and made less than hoped. On the other hand, ‘XXL’ was widely loved and raked in double what ‘Entourage’ grossed, currently boasting nearly $90 million worldwide. Such an achievement indicates that the classically misogynistic, bro-fest ‘Entourage’ has seemingly fallen out of the public's favor. Even Pixar has taken some cues this summer, with its latest emotional hit ‘Inside Out’ depicting the inner workings of a young girl. The very fact that it concerns a girl is tremendous, as such an in depth look at an adolescent's emotions would seem more fit for a male character. What's more, her main emotions, happiness and sadness, are both feminine. No cheap shots are taken at a pubescent girl's mindset or sexual thoughts, just honest discussion on universal feeling and growth. Less kid friendly though equally adored, George Miller's post apocalyptic epic ‘Mad Max: Fury Road’ has been heralded as an incredible cinematic feat, noted for Charlize Theron's fantastically righteous Imperator Furiosa. She plays the most important part in the film's plot, which essentially boils down to the overthrow of the patriarchal system. Some credit for inspiration can be given to timeless female badasses like Princess Leia and Ellen Ripley, but Soderbergh is no stranger to strong, female-driven films.” 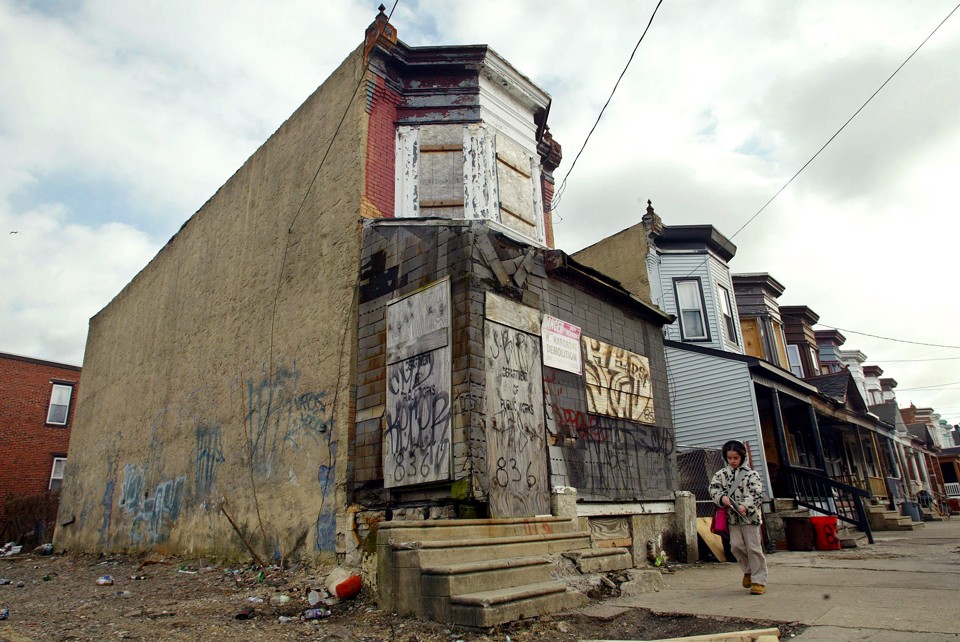 "The Resurrection of America's Slums": The Atlantic's Alana Semuels reports on the growing number of Americans living in poverty.

“Half a century after President Lyndon B. Johnson declared a war on poverty, the number of Americans living in slums is rising at an extraordinary pace. The number of people living in high-poverty areas—defined as census tracts where 40 percent or more of families have income levels below the federal poverty threshold—nearly doubled between 2000 and 2013, to 13.8 million from 7.2 million, according to a new analysis of census data by Paul Jargowsky, a public-policy professor at Rutgers University-Camden and a fellow at The Century Foundation. That’s the highest number of Americans living in high-poverty neighborhoods ever recorded. The development is worrying, especially since the number of people living in high-poverty areas fell 25 percent, to 7.2 million from 9.6 million, between 1990 and 2000. Back then, concentrated poverty was declining in part because the economy was booming. The Earned Income Tax Credit boosted the take-home pay for many poor families. (Studies have shown the EITC also creates a feeling of social inclusion and citizenship among low-income earners.) The unemployment rate fell as low as 3.8 percent, and the first minimum wage increases in a decade made it easier for families to get by. Programs to disassemble housing projects in big cities such as Chicago and Detroit eradicated some of the most concentrated poverty in the country, Jargowsky told me.” 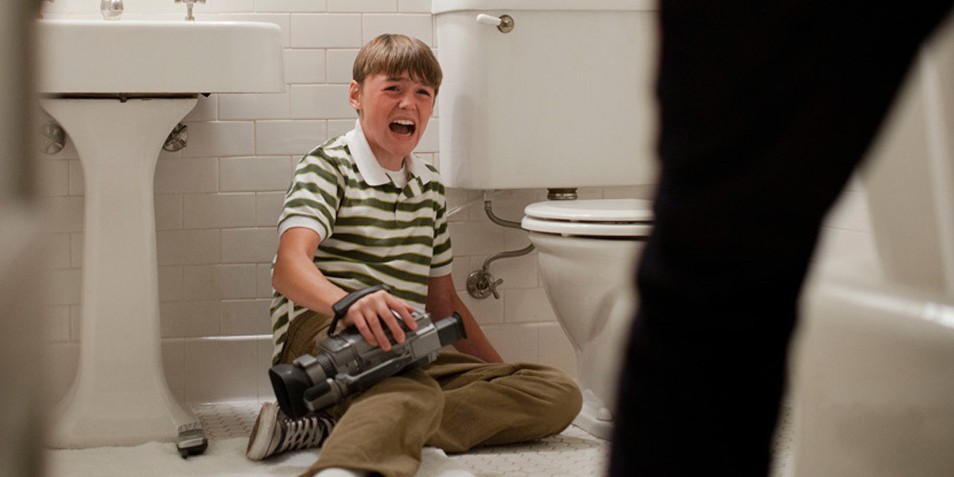 "Jim Hemphill ('The Trouble with the Truth') Talks the Pleasures of Blumhouse's Straight-to-VOD Movies": The filmmaker and critic pens another fine piece for The Talkhouse.

“In the six years since the Blum-produced ‘Paranormal Activity’ became a huge hit, his Blumhouse shingle has perfected a business model that’s the envy of everyone in Hollywood, or should be: as I understand it, he keeps his production budgets around $4 million (more for sequels to hit properties) and gives his writers, directors and cast considerable creative control in exchange for their agreement to cut their fees and share in the back end. With a few exceptions, the release strategy isn’t decided upon until the film is completed – if Blum feels that he can justify the significant added expense of marketing a wide release, the movie goes theatrical; if not, it goes straight to VOD and the $4 million is more or less guaranteed, since most Blumhouse productions have either name cast or highly marketable horror concepts. It’s an ingenious business strategy that basically assures Blum a profit unless one of his theatrical releases really tanks, which barely ever happens; I have no idea what algorithms he uses to determine when a movie should go theatrical and when it shouldn’t, but his hits (‘Insidious,’ ‘The Purge,’ ‘Sinister’) speak for themselves.” 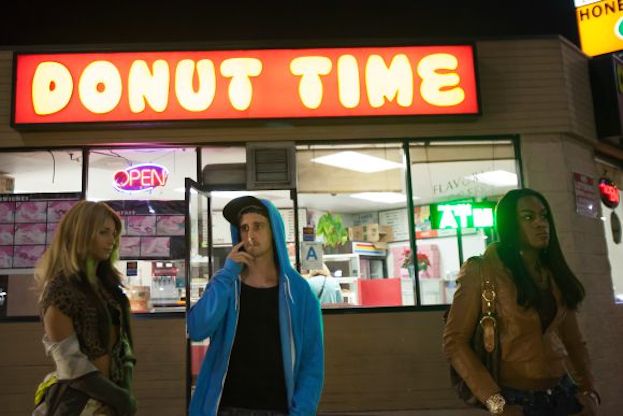