The Fate of the Furious

Riding the success of “Straight Outta Compton,” director F. Gary Gray jumps into one of the most successful franchises of all time with “The Fate of the Furious,” the eighth installment in a series that seems increasingly critic-proof. How big are these movies? They have made almost $4 billion worldwide, with the last one shattering the previous series record, bringing in $1.5 billion on its own. There are big franchises and then there’s “The Fast and the Furious” movies, which have found the perfect blend of international appeal, ridiculous action and, of course, an emphasis on “family,” whatever that word means to you. Regardless of reviews, this series is too big to fail. It’s going to be around for a very long time. But that doesn’t mean we can’t be disappointed that “The Fate of the Furious” distinctly drops the level of quality in this series for the first time this decade.

With a series that has been this wide-ranging in terms of critical appeal, it feels like a declaration of taste is appropriate. I didn’t care much about the films at all until “Fast Five” although I agreed that “The Fast and the Furious: Tokyo Drift” took more risks and was more fun than the awful second ("2 Fast 2 Furious") and possibly-worst fourth film ("Fast & Furious"). It took five movies to figure out the franchise, turning them into roller coasters that alternated between cartoonish action set pieces and heartfelt conversations about makeshift families. They seemed like the answer to “What if we made the entire movie like those insane opening bits from the Bond movies? Plus family.” And the series only got better with the inclusion of new faces like Dwayne Johnson, Jason Statham and Kurt Russell. Yes, they’re ridiculous—but that’s also why they’re fun.

So, why isn’t “The Fate of the Furious” more fun? That’s going to be the question to which you keep returning as you watch all 136 minutes of this film that’s relatively enjoyable when compared to other hollow blockbusters but relatively disappointing when compared to the high points of this series. First and foremost, it’s a movie that’s over two hours long and has almost no plot. Dom Toretto (Vin Diesel) betrays his team after being forced to work against them by a Bond-esque supervillain named Cipher (Charlize Theron). They work to stop him and get him back in their “family.” That’s about it. Throughout, almost everyone gets one-and-a-half emotions. Michelle Rodriguez does the most she can with her blend of confusion and love for the man that may be trying to kill her now. Jason Statham and Dwayne Johnson do a lot with their characters' rivalry, even it feels more like a Shane Black ‘80s action comedy than this series ever has before. Even the settings seem thin in terms of writing. The action jumps around the globe in a way that looks calculated for international appeal more than any real use of location. I picture a whiteboard in the writers room that says “Cuba=Hot, Russia=Cold.” And while it’s become something of a joke to say that these films are all about “family,” it really functions like a crutch here. They use the word over a dozen times, almost as if it’s the fallback when they couldn’t think of anything else plot-wise to link the action sequences.

And here’s where the defenders of the Furious Flame kick in with the chorus that plot doesn’t matter to these films. It’s all about adrenaline, and no one cares that the filmmakers forgot to give at least half the characters anything memorable to do this time around. And there are times when “The Fate of the Furious” bursts into escapist lunacy in which it’s easy to agree. The “big” sequences work, especially a bit with a wave of hacked self-driving cars in New York City and the climactic chaos in Russia that almost feels like it’s mocking the “longest runway in the world” sequence from “Fast & Furious 6” in terms of MPH inconsistency. When “The Fate of the Furious” gives viewers what they’re really paying that ticket price to see, there’s an undeniably goofy, playful, fun time to be had. It’s all the other stuff that starts to really annoy.

This failing in the material that connects the action sequences is never more prominent than when Charlize Theron is on screen. "The Fate of the Furious" will go down as one of the largest wastes of a major talent in a blockbuster film in years. Likely cast because of how much ass she kicked in “Mad Max: Fury Road,” writer Chris Morgan then neglects to give Theron a single notable action sequence. She’s stuck on a high-tech plane, issuing orders to other people on the ground below. How on Earth do you bring in Imperator Furiosa and not make her race against Dom Toretto? She has one interesting sequence early in the movie, in which she and “Evil Dom” overtake the team, which makes the rest of her arc feel like even more of a disappointment because one sees what she could have done. There’s no heat to this character whatsoever—no physicality, no sexuality, no passion. We don’t even really know why she’s doing what she’s doing, and you can actually see Theron start to get bored. This franchise has always had a villain problem—although it’s increasingly interesting that every villain eventually becomes a hero—but this seems like the biggest misfire, not only in terms of wasted opportunity but how much time Theron is forced to deliver dull, useless exposition.

It’s tempting to blame the relative failures of this movie on the loss of the underrated Paul Walker or the new director. The action scenes are well-done, but the rest is surprisingly dull given what Gray has delivered in the past, leading one to believe he was purely for hire. The spectacle works. That’s something we’ve come to expect. I suspect it will continue to work for a few more films. But if they’re going to rise to the entertainment level they’ve hit before, this series needs someone behind the wheel who can make those narrative valleys between the peaks of the roller coaster ride more memorable. Find a writer who can write more interesting dialogue. Find a director who can add visual flair when cars aren’t going boom. Give your increasingly gigantic supporting cast something to do. Of course, none of this will hold “The Fate of the Furious” back from box office glory. At this point, the destination is predetermined—it's the journey to it that's getting exhausting. 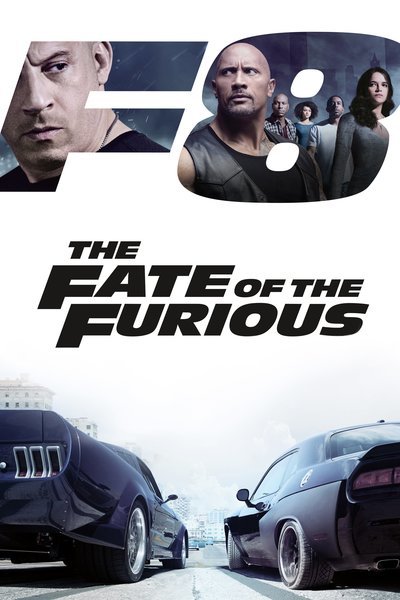 Rated PG-13 for prolonged sequences of violence and destruction, suggestive content, and language.

Scott Eastwood as Little Nobody