Without Charlize Theron, the spy adventure "Atomic Blonde" would only be clever. She makes it insightful. The actress gives emotional depth to the highly mannered behavior of the film’s heroine, British spy Lorraine Broughton, as she tries retrieve a coveted list of undercover operatives and catch a British double agent working in West Germany. What Lorraine truly wants, for the most part, is a mystery, since she hides behind a chilly James Bond-style persona, amplified by silver-grey camera filters, pulsating blue lights and Lorraine’s favorite drink, vodka on the rocks.

Theron's commanding performance is remarkable. Her take-no-bull body language and calculating stare give her character an intelligence and prove she's the right person for the job. Theron grounds the film whenever it threatens to become a smarter-than-thou, hyper-convoluted slog. She also makes you believe that her character isn't just another James Bond clone. You may watch "Atomic Blonde" because it's from the co-director of "John Wick," but you should see it for Theron.

Theron also makes you want to dig into the meaning of a film whose amped-up '80s soundtrack—everything from Nena's "99 Luftaballons" to New Order's "Blue Monday”—announces “Atomic Blonde” as a knowing act of role-playing. The story is set during the first week of November, 1989, days before the fall of the Berlin Wall. Historically speaking, we know how the story ends. But what’s important here is the spy work and its consequences for Lorraine. To get the job done, she has to enter every situation numb to the human connections she makes in order to (primarily) survive and also to save the lives of her colleagues. She consequently addresses every situation tactically rather than emotionally.

Lorraine has personal ties to the spy whose death and betrayal leads to her arrival in Berlin, even if those ties are thankfully only mentioned once during a flashback. That dream/flashback suggests a personal dimension to Lorraine's quest that is thankfully never foregrounded. Lorraine's status quo is chilliness, a foundational state of being whose necessity is confirmed with almost every interaction. As a woman, she has to be on guard at all times, because she enters every situation knowing that everyone wants to proposition and/or take advantage of her. At every step, she meets people who openly deceive her or who are theoretically on her side but seem as if they’re out to get her. First she is ambushed by a group of Stasi officers who pose as her contacts. Then she meets British spy David Percival (James McAvoy), who is disillusioned with his low status on the espionage totem pole and doesn’t seem too invested in helping a British informant known as Spyglass (Eddie Marsan) to flee Berlin. A French spy and potential love interest named Delphine (Sofia Boutella) challenges Lorraine, but even she is initially untrustworthy since she employs the same used car salesman "trust me" tactics as Lorraine's counterparts (the first time they meet, Delphine offers to "rescue" Lorraine).

Still, the fact that Lorraine's backstory is relegated to a single dream sequence is telling. True, her story is recounted in the form of a series of flashbacks to a trio of antagonistic interrogators: Eric Gray (Toby Jones), Lorraine's commanding officer; Emmet Kurzfeld (John Goodman), a dickish CIA chief; and the mysterious Chief "C" (James Faulkner), an MI6 figurehead who watches Lorraine tell her tale from behind a two-way mirror. But these guys are, as she points out, not her "superiors." For the most part, action and steely-eyed glares tell us everything we need to know about who Lorraine is. The fact that the film's creators trust viewers enough enough to downplay hackneyed origin-story psychology will hopefully make viewers more inclined to forgive blocky expository dialogue exchanges, smart-ass Machiavelli quotations, and an overwritten plot.

Based on Antony Johnston and Sam Hart's comic book, “Atomic Blonde” has been adapted by director David Leitch (co-director of the “John Wick” films) by screenwriter Kurt Johnstad in a way that gives us lots of information about Lorraine through visuals alone. The heroine announces, in thuddingly obvious dialogue, that she’s cool, and is only making connections to get ahead, but she’s actually a mix of fire and ice: Leitch and his cinematographer Jonathan Sela put the idea across with red and blue light. The ice bath Theron emerges from in her first scene is lit blue, while the lighter that is offered to her at a bar in one of the film's most indelible images lights her face up red. Blue is the persona that Lorraine presents to the world; red light cuts through the character's facade and reveals her interior. When Lorraine makes contact with Delfine, her blue-lit face is undercut with flashes of fiery red light that accent Theron's cheekbones. When Delfine and Lorraine retire to Lorraine’s bedroom, the sheets are the same cerulean hue as the light on their bodies.

Pop culture references do some of the heavy lifting here, too, connecting not only with Lorraine’s personality but with the historical landscape through which she travels. "Blue Monday" plays during a table-setting introductory scene, solidifying the notion of Lorraine-as-ice-queen and subtly reminding us that espionage is Lorraine’s job and she’s about to start a new assignment. The film's main action kicks off to the tune of David Bowie's "Cat People,” a song that begins with a verse by Iggy Pop, one of Bowie's famous collaborators during his Berlin years, and whose main refrain is "It's been so long ... " More ideas are teased in a fight scene where Lorraine tracks a group of killers into a movie theater showing "Stalker," Andrei Tarkovsky's 1979 science fiction drama, then sneaks into the area behind the screen and is ultimately kicked through right through it. "Stalker" is set in “the Zone," an Edenic oasis where wishes are granted by discarded alien artifacts; to Lorraine and Percival, Berlin is their own personal version of the Zone, a Wild West-style frontier where anything goes and everything can kill you.

This, ultimately, is why it matters that Theron plays a role that under most other circumstances, would have been given to a lesser male star. Her intensity during the film's action scenes—a mix of ostentatiously choreographed "The Raid"-style brutality and Paul Greengrass-style hand-held camerawork—really convinces you that she is the best person for the job. And while the film doesn't ultimately say anything more cutting than "sometimes we role-play in order to remind ourselves what we stand for," Theron does ground the film whenever its hard-boiled heroine threatens to get bogged down by superficial allusions and armchair philosophizing. The film's creators do exploit her gender in ways that they wouldn't for a man (a male lead wouldn’t be allowed to have a same-sex relationship in a movie made at this budget level). But you can't help but be awed as Theron's Lorraine knowingly traipses into a minefield of impending double and triple crosses, and comes out looking as poised as royalty. 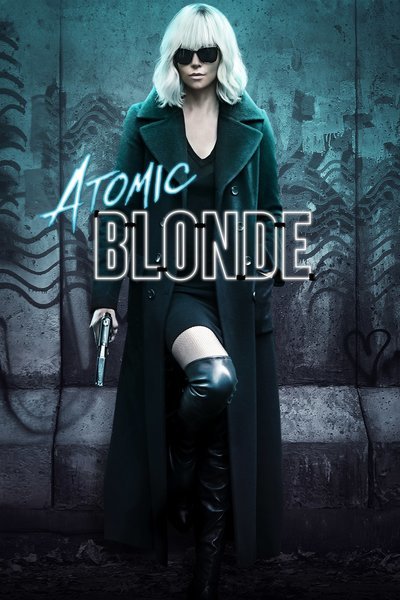 Rated R for sequences of strong violence, language throughout, and some sexuality/nudity.