Most of the #OscarsSoWhite discussion has been about the absence of black actors in the year's Academy Award nominations. Chris Rock's monologue spoke of pervasive whiteness as the absence of blackness. There were movies in 2015 with black actors who might have been nominated, like "Straight Outta Compton," "Creed," "Concussion" and "Beasts of No Nation." Yet, it's not only a black-and-white issue. As a recent John Oliver video called "Hollywood Whitewashing: How Is This Still a Thing" shows, Asian and Asian-American actors are also whitewashed out of film and Latino actors are cast with non-Latinos.

When someone asked me if I was covering the Oscars or even going to watch the Oscars, I flippantly replied that I don't know how Older White Men like and their taste in movies diverges from mine. The videos I've seen of the actual Oscars broadcast, and the resulting conversations about diversity, have a "black inclusion is diversity" message.

Chris Rock made that argument when he said, "... [The] In Memoriam package, it’s just going to be black people who were shot by the cops on their way to the movies ... If you want black people every year at the Oscars, just have black categories like Best Black Friend ... Is Hollywood racist? You’re damn right Hollywood is racist. But it ain’t that racist that you’ve grown accustomed to. Hollywood is sorority racist ... What I’m trying to say is, you know, it’s not about boycotting anything. It’s just, we want opportunity. We want black actors to get the same opportunities as white actors."

Rock then ended with: "You want diversity? We got diversity. Please welcome Emily Blunt, and somebody whiter, Charlize Theron."

The video on diversity featured only black actors in parodies of the nominated movies. Then, there was that awkward Asian (and child labor) joke Rock made. Justin Chang, Chief Film Critic for Variety, tweeted:

Think my brain shut down for a few minutes. Did that appalling joke about Asian kids actually happen? #Oscars

If you're asking for diversity, maybe one should step back and remember that not being white doesn't mean one is black. I am not black and I want diversity. I am Asian-American. Just having black people nominated as actors or directors doesn't make for diversity.

It's not, as some people propose, that the roles aren't there for Asian actors. The roles are taken away. Not much has changed since Pearl S. Buck's 1931 Pulitzer Prize-winning novel, "The Good Earth," was made into a 1937 movie by the same name. The book and the movie are about a Chinese peasant man and his Chinese wife in pre-World War I Mainland China, but the film starred Paul Muni (a Jewish man from what is now Lviv, Ukraine) and Luise Rainer (a Jewish woman from what is now Dusseldorf, Germany). Rainer won an Academy Award for Best Actress. 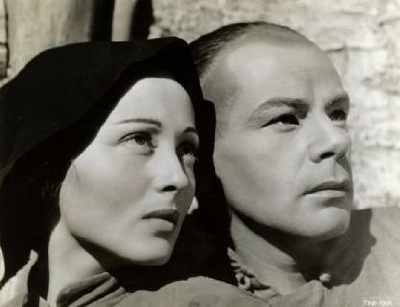 That would be matched by Linda Hunt's Oscar for Best Supporting Actress for playing a Chinese-Australian man named Billy Kwan in the 1982 Australian movie "The Year of Living Dangerously."

The first person with some Asian heritage to win an Oscar was Yul Brynner in 1956 (Best Actor for "The King and I") The second was Ben Kingsley for 1982's "Gandhi." Both men can and did pass for white. No actress of Asian descent has won Best Actress. Four Best Actor Oscars have been won by black actors: Sidney Poitier in 1963 for "Lilies of the Field," Denzel Washington in 2001 for "Training Day," Jamie Foxx in 2004 for "Ray" and Forest Whitaker in 2006 for "The Last King of Scotland." Halle Berry became the first African American to win a Best Actress Oscar in 2001 for "Monster's Ball" (and none have won since).

Two Asian actors have won Best Supporting Oscars: Haing S. Ngor for the "The Killing Fields" and Miyoshi Umeki for "Sayonara." Compare that to four black men (Louis Gossett Jr. for "An Officer and a Gentleman," Denzel Washington for "Glory," Cuba Gooding Jr for "Jerry Maguire" and Morgan Freeman for "Million Dollar Baby") and six black women (Hattie McDaniel for "Gone with the Wind," Whoopi Goldberg for "Ghost," Jennifer Hudson for "Dreamgirls," Mo'Nique for "Precious," Octavia Spencer for "The Help" and Lupita Nyong'o for "12 Years a Slave"). 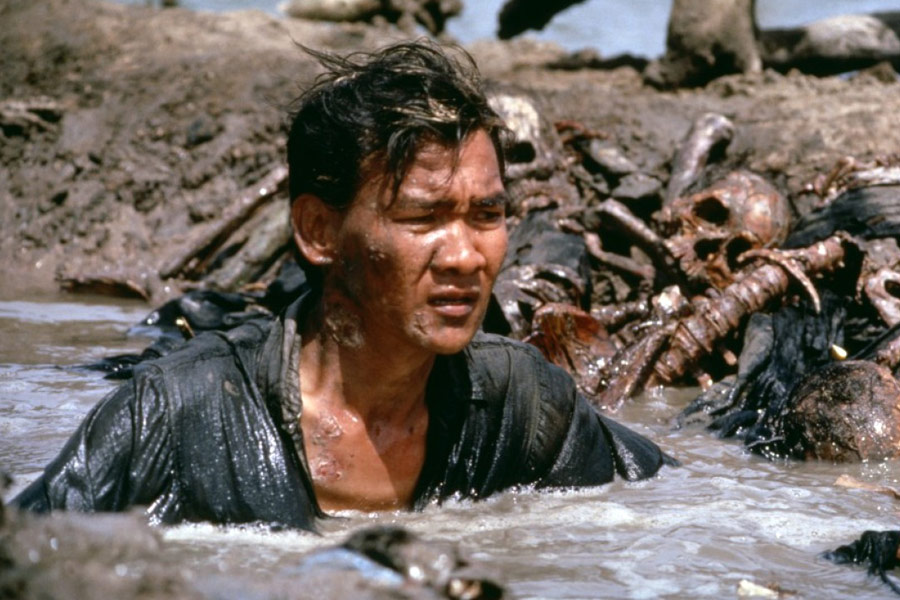 Too often, opportunities for Asian actors are taken away like in 2010's "Prince of Persia: The Sands of Time," where Jake Gyllenhaal (who is of Swedish, English and Russian and Polish Jewish descent) played the titular character. The 2014 "Exodus: Gods and Kings" also didn't use Asian actors for the main roles and this year's "Gods of Egypt" is also similarly cast.

With East Asian characters, Hollywood still follows the formula they used in the 1944 film "Dragon Seed," where Katherine Hepburn played a Chinese woman, and the 1956 "The Conqueror," where John Wayne played Genghis Khan. When the 2010 action-fantasy film "The Last Airbender" was cast, it was done with white people. Based on a Nickelodeon animated series, "Avatar: The Last Airbender" was about a supernatural world dominated by Asian and Native American (Inuit) cultures.

Then there was that convoluted explanation for why Benedict Cumberbatch played a "Star Trek" character named Khan in 2013's "Star Trek Into Darkness" or the reasoning behind casting Emma Stone to play a Eurasian in 2015's "Aloha." The casting of Cumberbatch in a role originated by a Latino (Ricardo Montalban) playing an Asian is almost as convoluted as the reasoning given by Salon writer Peter Birkenhead who suggested inserting diversity in both "Hail, Caesar!" and "Spotlight." Birkenhead asks us to imagine how a 13-year-old black kid might feel seeing only white people playing white people. But what about 13-year-old Asian kids?

Even in stories based on true events, Asian Americans are sidelined or erased. In the 2008 film "21," the MIT Blackjack Team from the book "Bringing Down the House" was whitewashed even though the real main players were Asian Americans. As cheap consolation, two minor characters were East Asian American. In 2012's "Emperor," the hundreds of Japanese-American Military Intelligence Servicemen who helped with translation and interpreting during the American Occupation were essentially written out of the story. 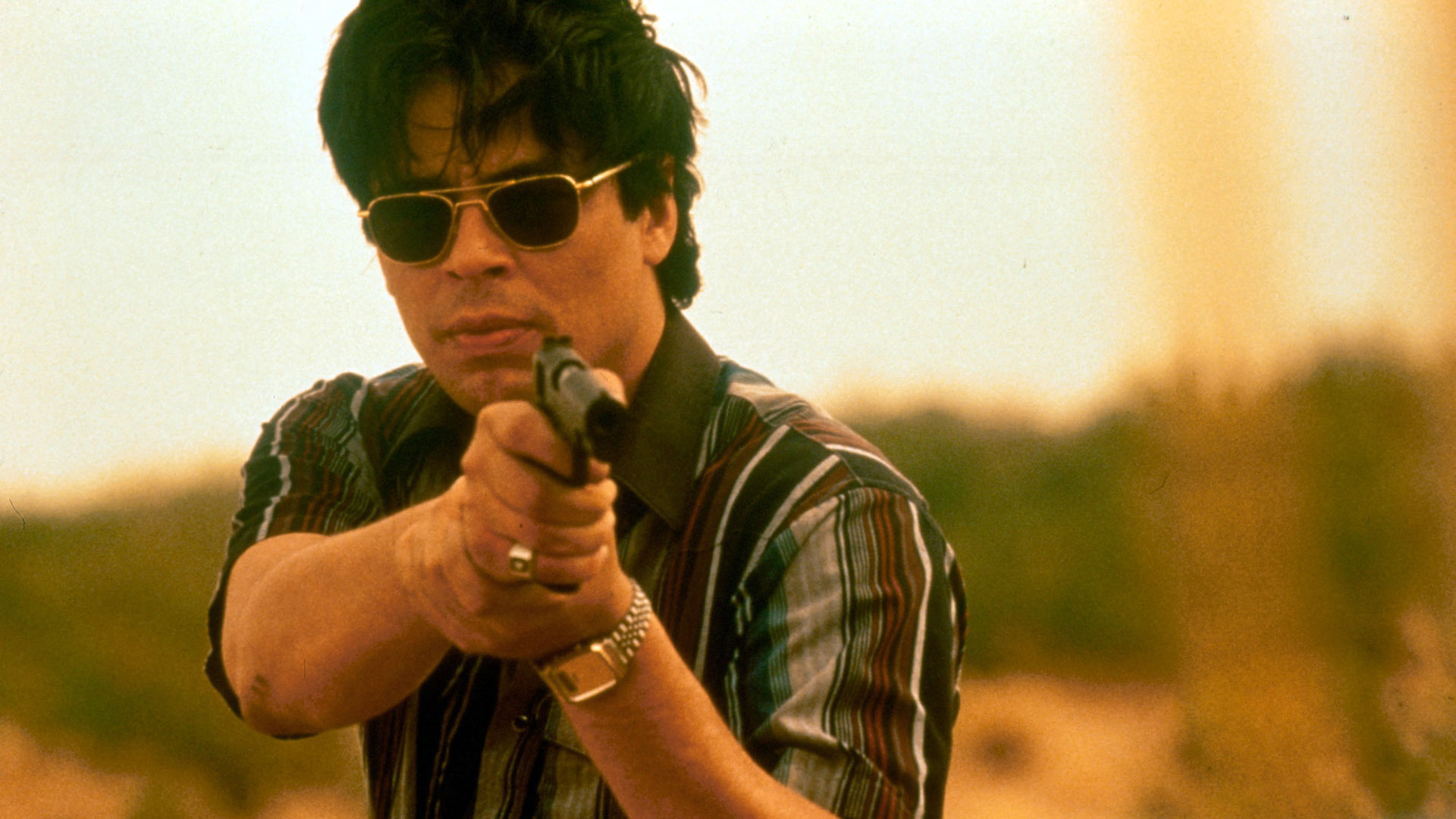 One might argue that while Asians make up the majority of the world population, they are a smaller minority than blacks in the U.S., and yet the Latino population is 16.3 percent. Latinos are the largest minority population in the U.S. The first Latin American-born actor to win an Oscar was José Ferrer in 1950 for "Cyrano de Bergerac." Three Latin American-born actors have won Best Supporting Oscars: Anthony Quinn for "Viva Zapata!" and "Lust for Life." Benicio del Toro won in 2000 for "Traffic." Why so little outcry for Del Toro's not being nominated for "Sicario"?

Only two Latinas have won acting Oscars, both for Best Supporting Actress: Rita Moreno for "West Side Story" and Mercedes Ruehl for "The Fisher King." You could include the Mexican-born Lupita Nyong'o here for her 2013 Oscar ("12 Years a Slave"). John Oliver's piece aforementioned notes that even when stories are told about Latin America, typically, Latino actors are not being cast (e.g. Jeremy Irons in "The House of the Spirits" as Esteban Trueba).

While in the context of diversity, people have mentioned last year's snub—that Ava DuVernay wasn't nominated for Best Director. Yet Alejandro González Iñárritu, who had won in 2014 for "Birdman," represented diversity in Hollywood this year. The first Latin American-born director to win an Oscar was Alfonso Cuarón in 2013 for "Gravity."

The first Asian to win an Oscar for Best Director was Ang Lee for the 2005 film "Brokeback Mountain" and 2012's "Life of Pi." Lee won this award in the city of the Chinese massacre of 1871. This year, a Mexican man (sometimes known as El Negro ["The Black One"]) won back-to-back Oscars for directing, nonetheless in a former Mexican city that became a part of the United States after a war; a land where before the Watts Riots of 1965, there were the Zoot Suit Riots of 1943.