Luke Jaden’s short “The Listing” embodies everything that Montreal’s Fantasia Fest is about. The film takes a classic horror premise—the haunted house—and puts a twist on it, imagining a ghoul-infested property in the moments before a realtor shows up to get it ready for the market. The film was shot far outside of Hollywood, in the Detroit area, with a cast of talented unknowns. And Jaden isn’t exactly a run-of-the-mill genre filmmaker either. He’s 19 years old, and just graduated high school. Or to put it another way: He’s exactly the same age as Fantasia.

Since 1996 (when the event was called Fant-Asia, and focused mainly on movies from Hong Kong and Japan), the Fantasia International Film Festival has developed a reputation as a horror/fantasy/science-fiction/action showcase unlike any other. Ostensibly, Fantasia and its ilk take the kind of movies that usually get consigned to other festivals’ “midnight madness” programs and make them the entire show—which in Fantasia’s case means spending three weeks spotlighting offbeat projects from around the world.

It’s especially apt that this is happening in Canada, a country that’s been “future cult film”-friendly since the 1970s, when favorable tax laws encouraged local impresarios to flood the market with low-budget slasher and sexploitation pictures, some of which (like "Porky’s" and "My Bloody Valentine") became surprise hits in the United States. Over the past two decades, the Toronto International Film Festival’s midnight movies have exposed North American cinephiles to the cutting edge in Hong Kong action, Japanese horror, and all manner of oddities and extremities from Australia, France, Spain, and the UK.

Fantasia has taken this basic idea—the celebration of the dark, the strange, and the shoestring—and has fashioned it into a culture unto itself. Filmmakers who get into the festival’s program tend to become part of the Fantasia family, and often come back again year after year, even if it’s just to socialize with their peers and to be part of the audience. Attendees have developed their own identity too. When the house-lights go dark, the audience meows like cats (as a call-back to a short film in a Fantasia program long ago). When there’s an especially clever kill in a horror movie or pulse-pounding set-piece in a thriller, they whoop—sometimes disturbingly. 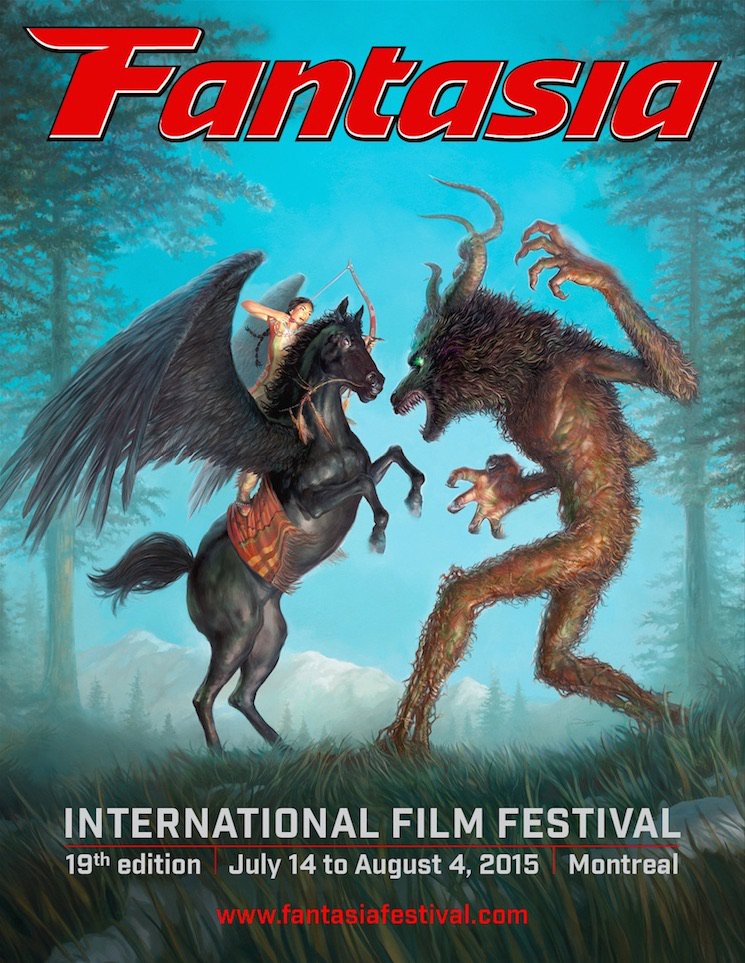 But they’re also broad-minded enough to accept an expansive definition of “genre.” In 2015, that included such seemingly off-model projects as "Tangerine" (a micro-budget gender-bending comedy shot entirely on an iPhone), "(T)ERROR" (a nerve-wracking documentary that embeds with an undercover FBI informant), and "Miss Hokusai" (a genteel anime feature about the complicated relationship between two generations of Japanese artists).

This year’s festival also featured plenty of what most would expect from an event dubbed “Fantasia.” "Ant-Man" was the opening night film, and two of the centerpiece slots were occupied by "Cop Car" and "Dark Places," both noir-inflected indies with well-known actors in lead roles—Kevin Bacon as an amoral small-town sheriff in the former, and Charlize Theron in the latter as a crime victim trying to capitalize on her fame. The programmers also landed three films by eclectic Japanese oddball Sion Sono, running the gamut from musical comedies to manga adaptations to pure surrealism.

Still, the appeal of Fantasia for many of its regulars is in the new discoveries—not necessarily of great new films and filmmakers, but of memorable monsters, bold ideas, evocative locations, and startling sequences. Genre pictures are frequently defined by their best pieces. Here’s a lucky 13 of characters, places, and moments from this year’s Fantasia Fest:

What do all these films have in common? Not much, beyond an enthusiasm for their forms, and a sincere desire to replicate for other audiences what their creators experienced when they were becoming movie buffs.

The word “exploitation” has a negative connotation to some, because it’s so often used to describe a person being used for someone else’s gain. But in cinema the term mainly refers to any product with elements that are “exploitable” for marketing purposes—be it something sexy, scary, or otherwise exciting. To say that Fantasia’s crop of young, obscure, and/or foreign filmmakers are in the exploitation business isn’t a knock. On the contrary, what’s so fascinating about the festival is that most of its programming is poised at the intersection between scrappy personal expression and crass commercialism. Most of these filmmakers have grasped the first key lesson of working within popular genres: If they give the viewers just a little of what they’re looking for in the center of the frame, they can spend the rest of their time doodling obsessively in the margins.