Just as Ryan Coogler crafted “Black Panther” as an entry in his own directorial universe, Gina Prince-Bythewood casts her Netflix superhero film, “The Old Guard” in her own stylistic image. The director of “Love and Basketball,” “The Secret Life of Bees,” and “Beyond the Lights” enjoys scenes where her characters get all up in their feelings, and she invites you to climb in there with them. These are some introspective characters, a by-product of their having lived for hundreds, perhaps thousands of years. Several times, the camera lingers on their faces as they contemplate, or remember, the sadness of losing someone. The film sits patiently with these moments, putting the same level of importance on the characters and their emotions as it does on the action. A scene of Andy (Charlize Theron) savoring a piece of baklava carries the same weight as a scene of her cleaving a foe with a gigantic battle ax.

Andy is the eldest member of an elite band of people who appear to be immortal. The opening scene features a flash-forward to their bullet-ridden bodies; a little later, we see them rising up fully healed after this slaughter, spitting out the bullets that have penetrated their faces as they mow down their opponents. This squad of four is about to be joined by a fifth member, Nile (KiKi Layne), a Marine stationed in Afghanistan whose slit throat suddenly heals itself. She is also plagued by nightmarish visions of other team members, a psychic link that, according to Booker (Matthias Schoenaerts), only shuts down once they have all met. Until Nile showed up, Booker was the Guard’s youngest member, joining in 1812.

Since “Mad Max: Fury Road” cemented Theron’s ability to weld her Oscar-winning acting skills onto the bodies of fierce warriors who kick ass, “The Old Guard” treats us to a great, plane-bound fight between Nile and Andy. The two showcase their battle credentials while Andy offers gruesome examples of Nile’s ability to heal. With Nile’s braided, natural hairdo and Andy’s Karen-style coif, their battle plays like an unintentional and vengeful commentary on those angry “can I speak to a manager” videos plaguing social media. What does feel intentional, however, is the inclusivity inherent in the depiction of the immortals, both in flashbacks and in its current timeline. They are played by a variety of different races and it never once feels forced or pandering.

In addition to observing the humanity of its heroes, “The Old Guard” also employs Prince-Bythewood’s penchant for grandiose, melodramatic gestures that shouldn’t work at all yet play out masterfully. Think about Noni on that balcony in “Beyond the Lights,” or Monica setting the terms of the climactic game in “Love and Basketball.” Here, the moment occurs between Andy’s teammates Nicolo (Luca Marinelli) and Joe (Marwan Kenzari). By virtue of their shared immortality, these men have been together for hundreds of years. They are lovers whose “Meet Cute” occurred when they were constantly killing each other during the Crusades. After they’ve been captured by minions of our villain, the evil pharmaceutical dudebro, Merrick (Harry Melling), Joe’s concern for his fallen comrade is mocked with homophobic intent. “Is he your boyfriend?” his captor asks. Joe’s response with a declaration of love as shamelessly florid as it is heartfelt, putting that paltry moment of LGBTQ representation in “Avengers: Endgame” to shame.

Writer Greg Rucka, who adapted the graphic novel he wrote with Leandro Fernandez, hits all the standard story beats of this genre. There’s the obvious exception to the immortality rule, an over-the top villain, the villain’s conflicted right hand man (Chiwetel Ejiofor), a very sad backstory of torment for Andy, a betrayal, a climactic rescue mission, and even a scene that sets up the sequel. But he and Prince-Bythewood always support these familiarities with their actors’ ability to depict how strongly bound together their characters are. There are numerous scenes where people just talk to each other, either to get exposition out of the way or to propel the story forward, and every time, we come away feeling as if we know these people. So when the torture-filled middle portion kicks in, there is genuine concern for our heroes. These scenes force us to question the terror of being condemned to a lifetime of gruesome medical experiments simply because you cannot shuffle off this mortal coil.

Though it contains more dramatic sequences than most superhero movies, “The Old Guard” doesn’t scrimp on the good, old-fashioned violence. Combat scenes are filmed so you can see who’s doing what, and edited together for maximum carnage and effect by Prince-Bythewood’s usual editor, Terilyn A. Shropshire. Shropshire is a favorite of directors like Kasi Lemmons and, as seen in her work in the first episode of Ava DuVernay's “When They See Us,” she’s very good at alternating between intimate drama and the much wider scope of action, keeping both speeds in balance. The cinematography by Barry Ackroyd and Tami Reiker is also quite good; their sequences at night and inside rooms have the same richness as their brightly lit outdoor shots of France and the desert.

"The Old Guard” has the benefit of not carrying the strict, fan-driven baggage of the Marvel and DC movies. As a result, it may not get the attention it deserves. But this is an excellent example of what this type of film can be, one I hope will be studied by the much bigger-budgeted tentpoles you know and love. I can’t remember the last time I was actually pumped to see a sequel based on a “post-credits” teaser—to be honest, I never know what the hell is going on in most of them—but this one made me wish Netflix had switched me immediately to the next installment as the credits rolled. 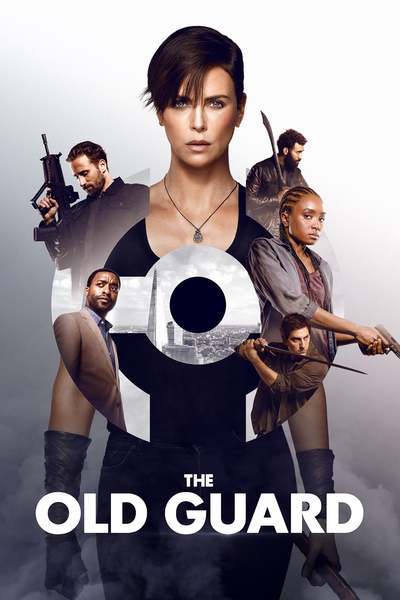 Rated R for sequences of graphic violence, and language.

Writer (based on the graphic novel series by)