Actor and producer Brad Pitt has been nominated for multiple awards, headlined major films for over three decades, and worked with acknowledged masters both as a movie star and the head of his company, Plan B Entertainment. Brad Pitt movies have result in Academy Award nominations three times for his acting—“12 Monkeys,” “The Curious Case of Benjamin Button” and “Moneyball”—and three times for producing—“Moneyball,” “12 Years a Slave,” and “The Big Short”—and he shared in the Best Picture win for Steve McQueen’s “12 Years a Slave.” Brad Pitt has also been nominated for five BAFTA Awards, eight Golden Globes, and three Emmys, along with major nominations and wins from every guild and critics groups in the country.

Brad Pitt—who actually took his middle name as an actor as his given name was William Bradley Pitt—was born in Shawnee, Oklahoma on December 18, 1963, but the family quickly relocated to Springfield, Missouri, where he spent most of his childhood. Active in theater and sports through his youth, he almost switched gears when he majored in journalism at the University of Missouri, but he fell just short of graduating and moved to Los Angeles when he was in his early 20s. Brad Pitt's height worked to his advantage from a young age, as the actor stands 5' 11". 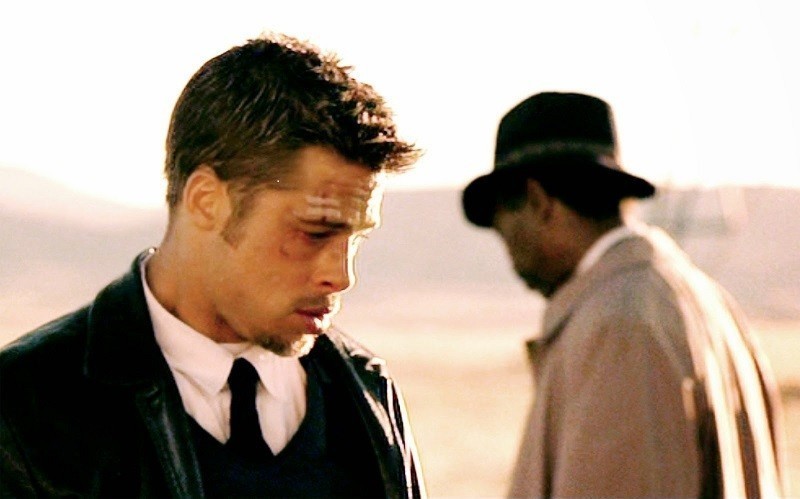 Brad Pitt Movies of the early-1990s

A series of uncredited and cameo work for young Brad Pitt followed in everything from “Less Than Zero” to “Growing Pains.” TV guest appearances on shows like “Dallas” and “21 Jump Street” helped lead to his first major TV movie part in an NBC flick called “Too Young to Die?,” co-starring Juliette Lewis, with whom Brad Pitt would reunite in 1993’s “Kalifornia.”

The true breakthrough for Brad Pitt came in Ridley Scott’s Oscar-winning “Thelma & Louise” in 1991. In a small role—as an object of affection for Geena Davis’ Thelma—he made a big impact. Pitt was on the map and didn’t really look back. His first major lead role came just a year later in Robert Redford’s “A River Runs Through It,” still one of his most beloved performances. He would play against the movie star image he was already developing with gritty turns in “True Romance” and “Kalifornia.”

The mid to late ‘90s were a pivotal time in Brad Pitt’s career, launched into blockbuster films like Neil Jordan’s adaptation of Anne Rice’s “Interview with the Vampire” with Tom Cruise, “Legends of the Fall” with Anthony Hopkins, and “Seven” with Morgan Freeman. David Fincher’s 1995 thriller remains a highlight of Pitt’s career, and it’s remarkable that it was released the same year as Terry Gilliam’s “12 Monkeys,” which earned Pitt his first Oscar nomination for Best Supporting Actor (he won the equivalent Golden Globe for the performance). 1995 also happens to be the year that Brad Pitt was named People’s Sexiest Man Alive (which he would win again in 2000).

1996’s “Sleepers” was a reasonable hit, but a string of disappointments would follow, including “The Devil’s Own,” “Seven Years in Tibet,” and “Meet Joe Black,” about which Roger Ebert said, “Pitt is a fine actor, but this performance is a miscalculation.” In his late 30s, Pitt alternated critical and commercial darlings like David Fincher’s “Fight Club” and Steven Soderbergh’s “Ocean’s Eleven” with less beloved films (yet still profitable) like “The Mexican” and “Spy Game.” The image of Brad Pitt in "Fight Club" is one of the most iconic of his career. 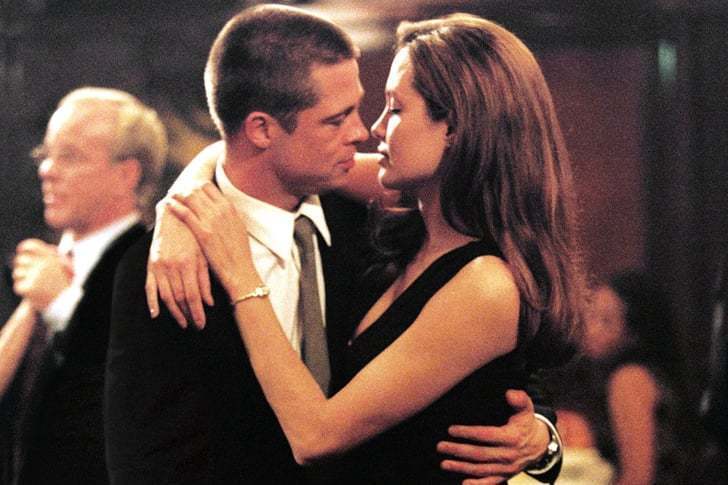 During this time, Brad Pitt had a few high-profile relationships, including an engagement to his “Seven” co-star Gwyneth Paltrow, but it was when Brad Pitt and Jennifer Aniston wed in 2000 that landed the most headlines. For much of his life, he has been a staple of celebrity news and gossip sites.

In 2001, Brad Pitt co-founded Plan B Entertainment with Brad Grey and then-wife Jennifer Aniston, changing the definition of what the phrase "Brad Pitt movies" means. Their first production was, naturally, a Brad Pitt movies, 2004’s “Troy.” In the years since, Plan B has had a remarkable run of high-profile and award-nominated films, including Best Picture nominees “The Departed,” “The Tree of Life,” “Moneyball,” “12 Years a Slave,” “Selma,” “The Big Short,” “Moonlight,” and “Vice.”

A turning point for Brad Pitt came in 2005 when he co-starred with Angelina Jolie in Doug Liman’s “Mr. & Mrs. Smith”. That same year, he divorced Aniston, and would later end up marrying Jolie, although the three have said that Pitt and Aniston didn’t have a contentious split. Jolie and Pitt have revealed that they did fall in love on the set of the Liman film, but that they didn’t start dating until the divorce was final. Either way, the controversy made it one of the biggest Brad Pitt films.

Brad Pitt and Angelina Jolie became the hottest Hollywood couple of their era, dubbed “Brangelina” by the press, but Brad Pitt's children earned them a lot of headlines too. While Jolie had their first child together in 2006, they weren’t married until 2014, divorced only two years later in 2016 - Brad Pitt's divorce made headlines around the world. Over the course of their union, they adopted or had six children. Brad Pitt's children are named Maddox, Pax, Zahara, Shiloh, and twins Knox and Vivienne. Brad Pitt's kids became a major part of the story around him, especially after Brad Pitt's divorce.

Career highlights of the ‘00s for Brad Pitt included Best Picture nominee “Babel,” two sequels to “Ocean’s,” critical darling “The Assassination of Jesse James by the Coward Robert Ford,” the Coens’ Brad Pblack comedy “Burn After Reading,” Quentin Tarantino’s “Inglourious Basterds,” and the film that would land him his second Oscar nomination, David Fincher’s “The Curious Case of Benjamin Button.” 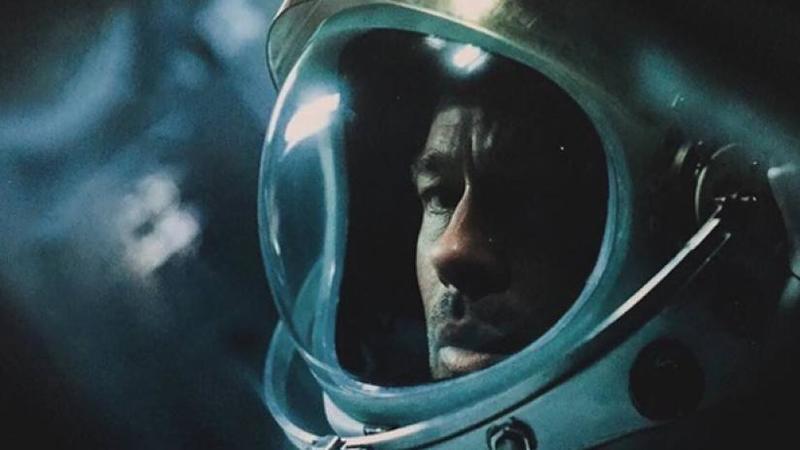 His remarkable career-long streak of quality work continued into the ‘10s in films like “The Tree of Life,” “Moneyball,” “Fury,” “By the Sea,” “The Big Short,” “Allied,” and, in 2019, James Gray's "Ad Astra" and Quentin Tarantino’s “Once Upon a Time … in Hollywood,” which earned Brad Pitt some of the best reviews of his career. It's arguable that no other actor of Brad Pitt's age ended the decade as critically acclaimed.

Actor and producer Brad Pitt also has a deep philanthropic resume, campaigning for a proposal in California that would fund stem-cell research, supporting a campaign to fight AIDS and poverty around the world, donating money to help rebuild Chad and Sudan, financing the rebuilding of homes after Hurricane Katrina, and much more through the Jolie-Pitt Foundation, which was founded in 2006. As of 2019, Brad Pitt's net worth is estimated at $300 million.

The Most Critically-Acclaimed Brad Pitt Movies as an Actor

"Once Upon a Time...in Hollywood"

"The Tree of Life"

The Most Critically-Acclaimed Brad Pitt Movies as a Producer Only

"If Beale Street Could Talk"

"The Lost City of Z"

Brad Pitt in Legends of the Fall

Will the Krill (voice)

The Curious Case of Benjamin Button (2008)

The Assassination of Jesse James by the Coward Robert Ford (2007)

A True Movie Star: On the Career of Channing Tatum

An appreciation of the appeal and talent of Channing Tatum.

An interview with Mark Wahlberg, star and producer of the R-rated faith biopic Father Stu.

A look ahead at this Sunday's Oscar ceremony.

Susan Wloszczyna predicts who will be named when Tuesday morning's 2022 Oscar nominations are announced.

A tribute to the legendary author of Interview with the Vampire.

The latest on Blu-ray and streaming services, including Free Guy, F9: The Fast Saga, Zola, and special editions of Legend and High Sierra.

An essay by Cody Benjamin about Moneyball, as excerpted from the latest issue of Bright Wall/Dark Room.

The latest and greatest on streaming and Blu-ray, including Nightmare Alley, Fast Times at Ridgemont High, Minari, The Nest, The Father, and more!

Oscars 2021: Nomadland is the Big Winner at an Unusual Academy Awards

An interview with our very own Roxana Hadadi.

The Joke's On Him: Tom Cruise and Eyes Wide Shut

An appreciation of Tom Cruise's performance in "Eyes Wide Shut."

I Should Feel Something: On Space and the Unknowable Self in Ad Astra

A look back at the comedic career of the late Carl Reiner.

Cannes Flashback: Cannes Premieres of Life Itself, Foxcatcher and The Homesman

Chaz Ebert reports on the Cannes premieres of "Foxcatcher," "The Homesman," "Mr. Turner," and "The Wonders," while offering an extended report on the emotional screening of "Life Itself."

In Defense of Peggy's Silence in Martin Scorsese's The Irishman

I have come to appreciate silence not as a sign of weakness or capitulation, but as a finely sharpened dagger that finds its way to the heart, every time.

We Are All Connected: Backstage at the 2020 Academy Awards

Backstage at the 2020 Golden Globe Awards

A report from the 77th Annual Golden Globe Awards.