Hanging it up: Rock stars, Nazis,stunt drivers and the Palm de Whiskers

The 64th Festival de Cannes is winding down, and the signs are everywhere. The hand-laundry of festival-goers hangs from the shutters of the windows opposite my hotel (somebody is running out of clean clothes). The streets seem emptier in the early morning, and the area around the press mailboxes in the Palais is starting to have a vacant feeling. 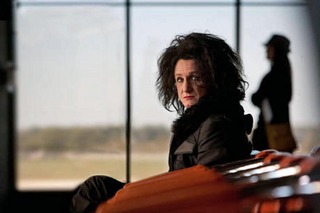 Just five minutes before Sean Penn's scheduled arrival at the press conference to discuss Paolo Sorrentino's competition film "This Must Be the Place," the room still had dozens of empty seats. The number of photographers gathered expectantly in front of Penn's place at the table onstage was only a meager 23, unlike the mob for Brad Pitt just a few days earlier. It only meant that many journalists have already gone home or were playing hooky today.

Accompanied by the director and producers of "This Must Be the Place," and Irish actress Eve Hewson, Penn strolled in looking pleased with himself. He's deeply tanned and nonchalantly chewing gum, his hands stuffed in the front pockets of his jeans. He credits director Sorrentino with "a magic hand" in shaping his performance as an eccentric American rock star living in retirement in Ireland. About the film, Sorrentino said, "The idea of the story came from a Nazi criminal. I wanted to write a story about a 50-year-old rock star who remains a child, and have these two confront each other. 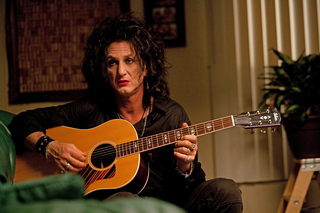 A rock star confronting a Nazi: there's a concept I haven't come across before. Penn plays Cheyenne, an aging rocker apparently modeled on Robert Smith of The Cure. His wrinkled face is caked with makeup, including thick eyeliner and lipstick. He walks with the stiff, impaired gait of an old man when he goes shopping in the mall near his mansion, where he's the local celebrity as well as a bit of a figure of fun. He's been happily married to firefighter Jane (Frances McDormand) for 35 years, and their relationship could be described as cute.

In fact, the whole setup for this plot is obnoxiously cute. Penn is a caricature of a sad clown who speaks in a high-pitched monotone and has a shrill girlish laugh. Much of the dialogue in the early scenes is in the cute-stupid vein. "This Must Be the Place" proceeds to shift tone radically several times in the course of the story, and the first big shift occurs when Cheyenne is informed of the death of his father, with whom he hasn't been in touch for 30 years. 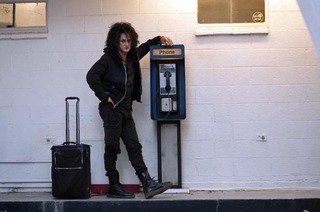 It is revealed that Cheyenne sprang from a wealthy Orthodox Jewish family, and that his father was a Holocaust survivor. The farcical tone of the first part of the film is now history, as Cheyenne is charged with continuing his father's work of tracking down the Nazi guard who had humiliated him in Auschwitz. Before that can happen, the film takes a stylistic break with a tribute to David Byrne (who also composed the soundtrack music). There's a concert number, which functions like a music video in the middle of the film, followed by what comes off like Sorrentino's admiring words of praise for Byrne, put in the mouth of Penn's character.

Shifting tone again, "This Must Be the Place" becomes a road movie when Cheyenne agrees to drive a stranger's pickup truck to Texas. Director Sorrentino's vision of iconic American places and types unfolds through encounters in bars and restaurants. Cheyenne finds time for some soul-searching and Nazi-hunting along the way.

This is rather obviously intended to be a coming-of-age film, with all the trappings of a Nazi hunt as window dressing. Early in the film, another character remarks to non-smoker Cheyenne that only children don't feel the urge to smoke. After he has reached the end of the road with his quest, a stranger at the airport offers him a cigarette, and he oh-so-significantly lights up. 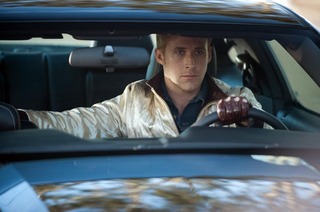 Danish director Nicolas Winding Refn, who has made films in Denmark, the U.K. and the U.S., would seem hell-bent on becoming an American action director if his competition entry "Drive" is any indication. Refn has made extreme sadistic violence and edgy stories of mysterious marginal heroes his trademark in films including "The Pusher Trilogy," "Bronson," and "Valhalla Rising." In "Valhalla Rising," his tattooed and pierced Viking anti-hero is virtually invincible, able to rip his enemies from limb to limb no matter how many times he's been tortured, wounded, or left for dead.

"Drive," in the same vein (and there are veins, literally) but a different era, has Refn reaching for new heights of excess, not only in his use of violence, but in the flash and speed of the story. Ryan Gosling plays a Hollywood stunt driver who also works as a mechanic and moonlights as a getaway car driver for robberies. Comedian Albert Brooks is oddly but effectively cast as an arch-villain. There's a star-crossed romance (the kind where two people fall in love at first sight), an adorable kid, and a jealous husband who's in a jam, but "Drive" is all about the high-octane car chases and the mayhem. 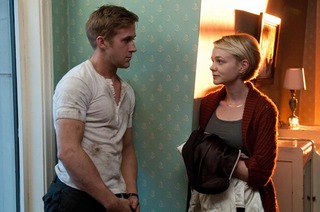 The driver, who isn't given a name in the film, is unnaturally mild-mannered and unflappable in any situation. Contrary to what his sweet, boyish appearance might suggest, he has a preternatural ability to kill ruthlessly and often without ever changing his calm, earnest expression. He can straddle a bloodied man in a roomful of naked strippers and threaten to pound a spike through an eye with a hammer, then walk away unfazed.

"Drive" serves up sights like that and more. The driver and his love interest (a vastly under-utilized Carey Mulligan) share a first kiss in slow-motion in an elevator. The driver then whirls around to take down the other passenger in the elevator, stomping his head to a bloody mush on the floor. More heads are blown off, throats ripped out, and guts shot full of holes.

Having some familiarity with Refn's past work, I was expecting him to keep an ironic distance from the romantic and family-oriented aspects of the plot. That doesn't seem to be the case and the unconsummated love story especially, comes off as downright sappy. For all the film's edginess, I was puzzled by some of Refn's choices, including the soundtrack's string of pounding rock ballads that comment on the action with lyrics like, "He's a real human being, and to me a hero."

The Cannes jury won't announce the Palme d'Or winner until Sunday, but the competition for the Palme de Whiskers, my just-pretend prize for Best Feline Performance at Cannes is now over. This year's nominees are:

From "Stopped on Track" by Andreas Dresen: Tammy, the black cat who gets caught in a tree.

From "House of Tolerance" by Bertrand Bonello: Ninon, the sinister black panther who lounges nightly among the courtesans.

From "Arirang" by Kim Ki-duk: the sturdy and very vocal and very handsome orange-and-white tomcat who whines insistently for his supper. He doesn't have a name in the film, so I've named him Kimbo.

From "The Tree of Life" by Terrence Malick: the black-and tan charmer that sits on Jessica Chastain's lap. I've named her Calico.

From "Hara Kiri: Death of a Samurai" by Takeshi Miike: The tough, battle-scarred white male who lives in the samurai clan enclave and cuddles with the head honcho. I've named him Big Boy.

And now, let's go to the imaginary awards ceremony at the Palais de Kittycats, a brand new edifice along the glamorous Croisette. In collars sparkling with a fortune in cubic zirconia, the feline elite of the film world gather on velvet cushions. I've designated my own Miss Kitty to do the honors. She pads up to the microphone, resplendent in her sleek coat of many subtle colors.

The room falls silent as Miss Kitty shreds the envelope with her claws and trills, "The Palme de Whiskers goes to Kimbo, who had not only a major supporting role but a speaking part!" Every bit a matinee idol, the husky tom slinks up to the stage in his dark-orange evening jacket with white trim. He gives Miss Kitty a token lick on the cheek, and in the distinctive voice that made him a star, he thanks director Kim for casting him in "Arirang." As an afterthought, he publicly forgives Kim for not giving him a name. The kitties go wild; a chorus of approving purrs fills the room. Kimbo pads back to his cushion, the coveted golden whisker Palme held delicately between his teeth like a trophy mouse.