"World War Z" plays as if someone watched the similar "28 Days Later" and thought, "That was a good movie, but it would be better if it cost $200 million, there were armies of zombies, and the hero were perfect and played by Brad Pitt." Which is another way of saying that if you need proof that sometimes more can be less, here you go. Directed by Marc Forster and written by everyone in Hollywood, if rumors are to be believed (though three got credit), this adaptation of Max Brooks' oral history of a zombie apocalypse...

Hold on. I'm sorry, but before we take this movie apart, let's take a closer look at that last phrase: "oral history of a zombie apocalypse." Those six words tell you everything this film gave up by going in a conventional direction. I've never read Brooks' book and don't have any immediate plans to, but the notion of telling this tale in a roundabout way, by having survivors of the conflagration sit there and talk to an unseen cameraperson—perhaps against a plain black background, with or without cutaways to still photographs or "news video"—is electrifying to consider. Such an approach might have yielded the first fresh contribution to the zombie picture since "Rec". The latter viewed an undead attack through the eye of a home video camera and treated the result as "found footage" -- a great post-"Blair Witch" embellishment, considering how much of horror's effectiveness lies in what you don't see. A faithful transcription of Brooks' source might have taken fright-film minimalism even further. What better way to amplify the hideousness of the dead attacking the living than by fixing a camera's unblinking eye on the survivors as they talked about the homes and people and limbs they lost in the struggle? A friend who's heard the audiobook version of "World War Z" said it reminded her of old time radio drama: "Theater of the mind," she said.

"World War Z," in contrast, is just bloody eye and ear candy. I realize it's problematic to review a film on the basis of what it might have been, but when that same film substitutes a vision that's vastly less intriguing and original than the one offered by its source, it's a fair tactic, and what's onscreen here is just another zombie picture, gigantic but otherwise unremarkable. It's not that scary until you get to the end. Ironically, what makes the end work is its embrace of old fashioned zombie film values: intimacy, silence, suggestion, and the strategic deployment of boredom to lull viewers into complacency and set them up for the next big scare. "World War Z" is mostly David Lean-on-caffeine panoramas of computer-generated zombies swarming ant-like up walls and over barricades and taking down computer-generated choppers while Forster's close-up camera swings all over the place to generate unearned "excitement." The final setpiece watches three people sneak into a lab that's overrun by a few dozen sleepy and distracted flesh-snackers. It's slow. It's quiet. It's scary. It works. Sometimes when you re-invent the wheel, the result doesn't get you very far.

Brad Pitt plays Gerry Lane, a former United Nations field agent who retired to spend time with his wife Karin (Mirelle Enos) and their charming daughters. He's every other character played by Robert Redford in the 1970s and '80s: noble, brave, calm in a crisis, endlessly resourceful, kind to his spouse and children, respectful of authority but not slavishly so, independent-minded by not arrogant; a snooze.  Forster and his collaborators deserve credit for plunging us into the thick of things: the Lanes learn that society is collapsing when a seemingly ordinary urban traffic jam is jolted into surreality by an explosion, a stampede of terrified civilians and their vehicles, and a furious attack by people who've been infected by a virus that turns them into ravenous ghouls. (The film's details are fuzzy, but I think they actually are ghouls here, not just rabid and homicidal mortals, as in the "Days" pictures.)  The rest of the picture is a globetrotting medical mystery that just happens to feature zombies, with Lane and various helpers, some military and others scientific, trying to figure out what sparked the disease and counter it before the undead overrun everything. It's "Contagion" or "The Andromeda Strain," but with zombies, and without much panache.

Although Mirielle Enos' talents are wasted -- she anchors a police procedural on television, but this Hollywood movie is content to cast her as a standard-issue Dutiful Wife -- there are some dandy cameos and supporting turns. I like David Morse's one scene as a twitchy, traumatized CIA agent who knows something about the origin of the disease, and James Badge Dale as a U.S. Special Forces captain whose gung-ho competence is no match for the zombie hordes, and Daniella Kertesz as Segan, an Israeli soldier whose indefatigable spirit helps the hero save the day even after she's suffered unimaginable trauma.

But aside from Segan, none of the characters rise above the level of purely functional placeholder-types, and there are too many scenes that replicate zombie film tropes, minus the passionate invention that other films have brought to the task. When a supporting character is infected and instantly "turns," I was reminded of that masterful sequence in "28 Days Later" in which Brendan Gleeson's jovial dad catches a drop of contaminated blood in his eye and battles the virus while his daughter looks on. The poor bastard goes through a whole existential crisis in less than a minute. The sheer terror of losing one's soul has rarely been communicated so economically. Nothing in "World War Z" comes anywhere near that scene's power.

Forster deserves credit, I guess, for finding a way to make a  PG-13 zombie movie without totally softening it. Horrendous violence occurs off-camera or below the frame line but doesn't lack for impact. There are some shiveringly good moments near the end, particularly when Gerry gets too close to a walker with snicker-snack rat-teeth. But elsewhere, you may feel as though a genre's essence has been betrayed. Forster has made a zombie movie for people who don't like zombie movies. That's not the sort of accomplishment one should brag about. 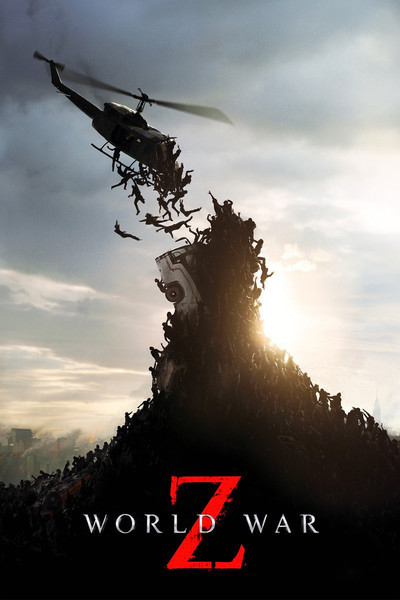