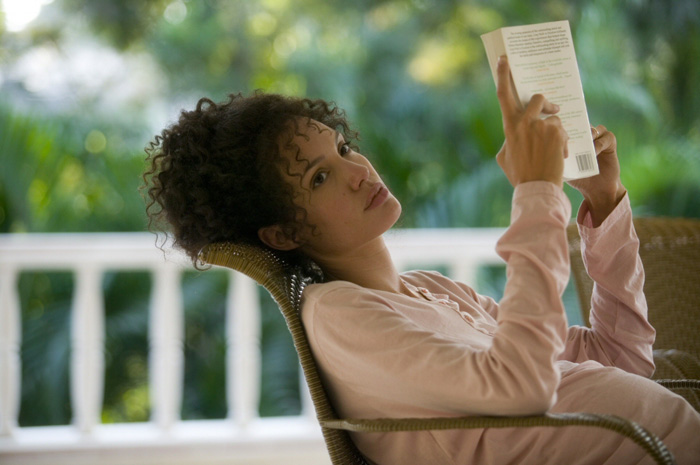 Is casting only skin-deep? Angelina Jolie as Mariane Pearl

"A Mighty Heart," Michael Winterbottom's film based on Mariane van Neyenhoff Pearl's book about her husband Daniel, a journalist who was kidnapped and executed in Karachi, Pakistan, opens this weekend. I've had my say about the casting of (Czech / Haudenosaunee / American) Angelina Jolie as (Dutch / Cuban / French) Mariane Pearl. And so has Mariane Pearl, who told Newsweek: "This is not about skin color. I wanted her to play me because I trust her. Aren't we past this?" 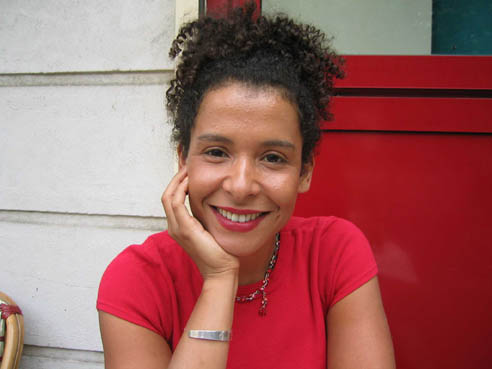 Well, some people are. And some aren't. Like, I guess, the people who hired Halle Berry to play white Nevada schoolteacher Tierney Cahill in the upcoming "Class Act." (Berry's at least as much white as she is black. But will she wear "whiteface" in the movie? Do you care?) Or, perhaps, the ones who hired John Travolta to play a woman in "Hairspray." Or even those who think it was just wrong for Marriane Pearl to have married a white Jew in the first place. (Miscegenation!) Let's take that logic to its inevitable extreme. Some people are sticklers for racial, cultural and gender purity. If only race, culture and gender were really that monolithic and clear-cut...

And we're talking about actors here. I'm not advocating blackface or whiteface minstrelsy (that implies bad acting, doesn't it?), but these people are supposed to be able to play characters other than themselves. That's what they do.

Maybe Jolie is terrible and totally miscast in the part. I don't know, I haven't seen the movie yet. But a commenter at the site concreteloop.com succinctly summarizes my own feelings about the matter at this stage:

At first it does seem a bit odd, because I am sure there are women of African American or Afro-Cuban descent who could play that role but I would not say this is modern day black-face. If it were some blond-hair, blue-eyed non-talented actress, I would really have a problem. However, I do think Angelina is a great actress and as a matter of fact Mariane Pearl wanted Angelina to portray her in the film. So shouldn’t her wishes be respected?

Producer Brad Pitt, who hired his honey for the part, said he was nervous about doing it, but he felt it was the right decision for the movie: "I knew the part had to be played by someone with Mariane's strength and understanding of the world, but I didn't know how to broach the subject. It feels a little like Wolfowitz trying to get his girlfriend a job. [...]

"I know that people are frustrated at the lack of great roles (for people of color), but I think they've picked the wrong example here." 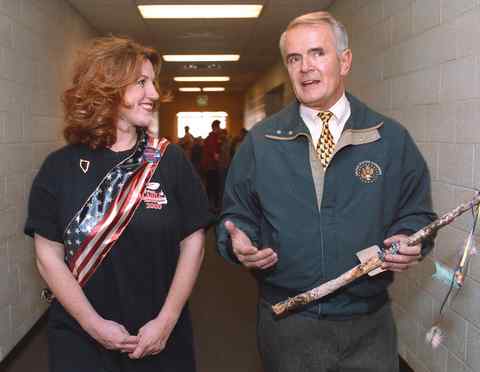 I guess it also depends not only on whether you think Mariane Pearl has a (moral? contractual?) right to approve who plays her in a movie made from her own book, but whether you consider Angelina Jolie an actress or just "Brad's girlfriend" — you know, half of "Brangelina." (Or even whether women are capable of making such important judgments, since those who cry "racism" here insist that Jolie and Pearl do not have the personal or professional credibility or authority to make such decisions for themselves.)

And whether you consider the fact that both share Northern European / Caucasian heritage. Much of the criticism I've seen has focused on the tabloid "Brangelina" phenomenon (as if that were real anywhere beyond the supermarket checkstands), or has tried to tie this casting into the history of racist portrayals of African-Americans in Hollywood movies. (In that regard, I recommend Donald Bogle's book, "Toms, Coons, Mulattoes, Mammies & Bucks.") But is that really an appropriate conclusion to draw in this particular instance?

I agree that actors of color should be offered more and better roles — including those that weren't originally written to be one race or another. (Sigourney Weaver played a man's role in "The TV Set" without changing a word. Other parts have been re-written for the actor selected for the part.) But is the problem really one of casting people with the same racial make-up as their characters? Or is it more significant that writers and directors and casting directors are not making films with enough characters of color?

On the practical side... well, a star is a star. Angelina Jolie and Halle Berry are Oscar winners, marquee names, not struggling unknowns. (Not that struggling unknowns or semi-knowns don't deserve a chance, but they're unlikely to get one in such a high-profile project.) Mariane Pearl wanted Angelina Jolie to play her, sought her out, and sold the rights to Brad Pitt's production company. Based on this "package," the film was able to get a greenlight from Paramount Vantage, with the expectation that they would make a profit. The question becomes: Is the only form of "good casting" to make sure the racial balance of the character matches that of the actor?

Is Beyonce really too light — or too dark — to have played a character based on Diana Ross in "Dreamgirls"? Is Denzel Washington really too dark to have played light-skinned, reddish-haired Malcolm X? Was it racist to have cast Chinese actress Gong Li as a Japanese woman in "Memoirs of a Geisha"? Were Al Pacino — or Mary Elizabeth Mastrantonio or Robert Loggia — terrible in "Scarface" (1983) because they are not Cuban? Was it wrong for Benicio Del Toro (Puerto Rican-American) to play a Mexican cop in "Traffic"? If these actors were good or bad in those movies, was it because of their racial background, or because of the roles and their performances in them?

I wonder what happened to a sense of proportion here. This isn't exactly Mickey Rooney playing a grotesque caricature of a Chinese guy in "Breakfast at Tiffany's." Doesn't the performance itself count for anything — or is it all about appearances? (OK, if Jennifer Aniston had been cast as Pearl, I'd be a lot more skeptical. Even though she's only two years younger than Pearl, while Jolie is seven years younger. But if Jolie is playing Pearl in 2001-2002, then she's just about the perfect age, no?)