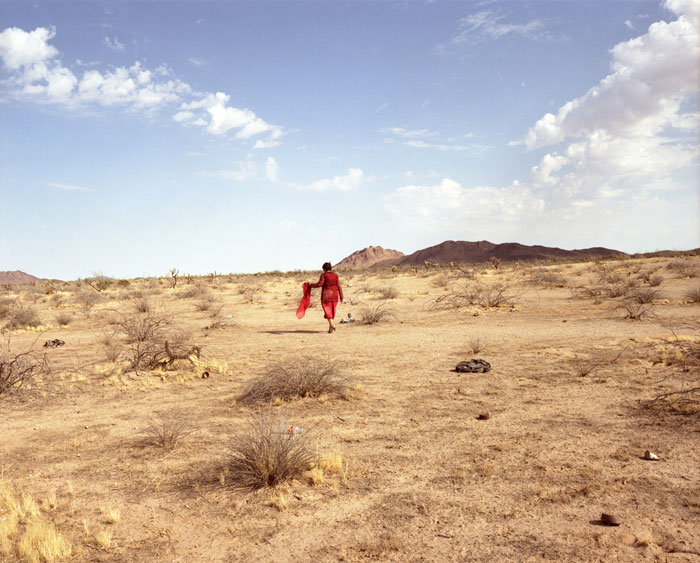 Wandering, lost, in the desert of "Babel."

"Babel" is the very model of a modern major motion picture about the inter-connectedness of people around the globe, speaking different languages in different countries and socio-political situations. The problem is that it remains a model for a movie, a contrivance. I was somehow reminded of the fantastic -- even sympathetic -- mutant creature from "The Host" turning into the flat, washed-up, dead sea monster from the end of "La Dolce Vita." "Babel" has the very best of intentions, and tries very hard, but cannot bring them to life. What I mean is, it left me cold. (And I cried almost all the way through the writer's last picture, "The Three Burials of Melquiades Estrada," because those feelings of lives tangentially but profoundly inter-related were so beautifully realized.)

After the screening, a film critic friend compared it to last year's "Crash" -- but quickly took it back, admitting it's not as painfully schematic as that. The intertwined stories concern: 1) a family of goat herders in Morocco, who come into possession of a gun for shooting jackals that threaten their herds; 2) the Tokyo businessman who originally gave the gun as a gift to a nearby villager while on safari in Morocco, and his deaf daughter, a schoolgirl who is desperate to lose her virginity; 3) an American couple (big names Brad Pitt and Cate Blanchett -- both excellent) who have come to Morocco after their youngest son has died of SIDS, and who are plunged into the middle of an international incident -- though left feeling terribly alone -- when "terrorists" (actually one of the kids with the new rifle) shoot at their tourist bus and severely wound the woman; 4) the Mexican illegal caretaker of the American couple's two other children, who takes them with her to her son's wedding in Mexico when nobody else can look after them for the day.

I confess, I was interested in following each one of these threads, but by the end of the movie I felt the overall tapestry amounted to less than -- what should I call it? -- the aggregate of its warp and woof, I guess. I had reason to expect something more substantial and resonant from Alejandro González Iñárritu, the director of "Amores Perros" and Guillermo Arriaga, the writer of that film and (especially) "The Three Burials of Melquiades Estrada" -- the best movie of last year's Toronto Film Festival, of last year in general, and (for my money) of the 21st century so far.

ADDENDUM Just remembered something else I wanted to say about "Babel," an example of what's missing. The deaf Japanese girl and a friend accompany some boys to a Tokyo club, where a remixed Earth, Wind & Fire song blares over the sound system so loud that I could feel it in my chest. Yet, when the movie cuts to the girl's POV, there's no beat. In fact, she would feel the vibrations the way anyone else would, and I was surprised the movie didn't attempt to portray this (if only through the sub-woofers on the digital sound track). This struck me as a key failure of empathetic imagination, and a hackneyed portrayal of deafness, especially for a movie that claims to be about experiencing life through others in disparate circumstances around the world.