After "Django Unchained" and Lee Daniels' "The Butler," both informed by the shameful legacy of slavery and institutionalized injustice in America, you might think you have satisfied your quota of viewing incidents of racial hatred, sexual abuse and ugly brutality in the past year.

You would be wrong. While both of those box-office and critical successes offered compensation for their heavy subject matter with outbreaks of humor and a hip attitude, "12 Years a Slave" is a somber, meditative, almost poetic film that delivers the horrors of bondage stripped down and head-on.

For once, history is presented as personal and immediate, not a saga relying on scholarly works and court records à la "Amistad." The source is a rare first-hand account based on the best-selling 19th-century memoir written by Solomon Northup, a free black man from upstate New York who suddenly had his liberty torn away after being kidnapped and sold for slave labor in Louisiana.

While "Django" and "The Butler" were slaps in the face of inequality, this is a punch to the gut. Don't let those pastoral passages of Southern skies framed by gnarled tree limbs adorned in lacy Spanish moss fool you: they seem to exist merely as a placeholder, so that viewers can catch their breath from what they've just witnessed. Even Mel Gibson, whose unbearable 5-minute whipping scene in "The Passion of the Christ" set the standard for such graphic cinematic punishment, would be aghast if not envious of how British director Steve McQueen ensures that the audience palpably feels the flesh-ripping agony of every lashing and beating on screen.

Underscoring the cruelty—so commonplace that, in one disturbing scene, workers go about their daily routine as our hero struggles for hours dangling on his tippy-toes while trying not to succumb to the noose around his neck—is the aptly unsettling and sometimes discordant soundtrack by Hans Zimmer, reminiscent of his own strong work on "Inception" but to much different effect.

As in "Precious," where the miraculous Gabourey Sidibe kept us watching what we didn't want to see, so, too, the solemnly powerful Chiwetel Eijofor provides us with a reason for not averting our eyes. The British stage veteran born to Nigerian parents first caught the public's attention in 2002's "Dirty Pretty Things" and has been quietly simmering in primarily supporting roles until now. One can't imagine "12 Years a Slave" without him in the lead. His expressions as his character is forced to sublimate his very nature in order to survive say more than whole script's worth of dialogue.

With three features under his belt, McQueen has established his auteurship as a unflinching tackler of difficult subjects with a humanistic edge: discomfort cinema, if you will. His debut, "Hunger," plunged into the depths of dedication and despair among IRA prisoners engaged in the 1981 Irish hunger strike. "Shame" exposed the corrosive outer limits of sex addiction. For the even more challenging "12 Years a Slave," McQueen follows Northup—whose papers are stolen and name changed to Platt, making it all the more difficult to ever confirm his free status—as he is passed among plantation owners whose personas range from benevolent to monstrous.

Nudity is clearly McQueen's calling card. For him, naked flesh is an artistic medium, like modeling clay in the hands of a socially aware sculptor. His goal is not to titillate but to make us feel uneasy, like unwitting voyeurs forced to observe humankind at its most debased and objectified. It doesn't take long before unclothed bodies show up onscreen in "12 Years a Slave," as male and female cane-field laborers must wash together outside in a yard while the world passes by. Later, as they sleep en masse in tight quarters, a sexual act occurs, but it is committed more out of desperation for human contact than desire.

Like Lee Daniels in "The Butler," McQueen capitalizes on his growing rep to stack the casting deck with recognizable faces, many plucked from the indie universe. Paul Giamatti lends a grubby gruffness to his all-business slave trader. Benedict Cumberbatch is Northup's first master, the (comparatively) kindly William Ford, who treats Solomon and his skills as a violinist and craftsman with respect while wrestling with the contradictions that their relationship presents.

Paul Dano performs his nasty plantation overseer John Tibeats, who considers Northup's every move a personal affront, with all the hysteria he afforded his preacher in "There Will Be Blood," plus a sadistic streak. "Mad Men" costar Bryan Batt invests his Judge Turner with effeminate affectations, while Alfre Woodard's fancy lady slyly sips her tea at her leisure as an ex-slave who uses marriage as a passage to freedom. There is even room for "Beasts of the Southern Wild"'s Dwight Henry (as a slave) and Quvenzhané Wallis (as Northup's daughter).

But this supporting crew all take a back seat the complicated tango played out by Northup's most malicious master, Edwin Epps—who is given more than a few shades of gray beyond villainous black by McQueen's favorite collaborator, Michael Fassbender—and his abused slave mistress, Patsey, brought to life with heart-wrenching honesty by newcomer Lupita Nyong'o.

You wouldn't know it from all the film festival raves for "12 Years a Slave," but there are a few missteps. As Epps' shrewish wife, Sarah Paulson's Mary might as well be called Maleficent, given her evil character's lack of nuance. Also, a tonal misstep occurs quite early on as Northup, a devoted family man who is initially a bit of a dandy and full of pride, is tricked by a pair of con artists into believing he is joining a traveling circus. After a night of heavy drinking, he awakens to find himself in a dark dungeon, shackled and alone. It's Edgar Allan Poe by way of Walt Disney's Pinocchio, the boy puppet coerced by hucksters into going to Pleasure Island. Nothing wrong with such fairy tale allusions, but its handling jars.

But by the time that Brad Pitt, one of the film's producers, arrives late in the tale with a highly disruptive cameo as a Canadian carpenter who provides hope to Northup that the end to his decade-plus nightmare is nigh, most viewers will be too overwhelmed and stunned to much care. And as they wipe their tears and gather the strength to leave their seats, their minds will be filled with one thought: That they have actually witnessed American slavery in all its appalling horror for the very first time. 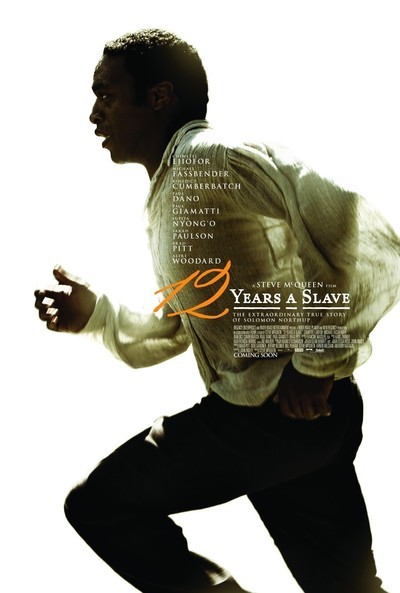