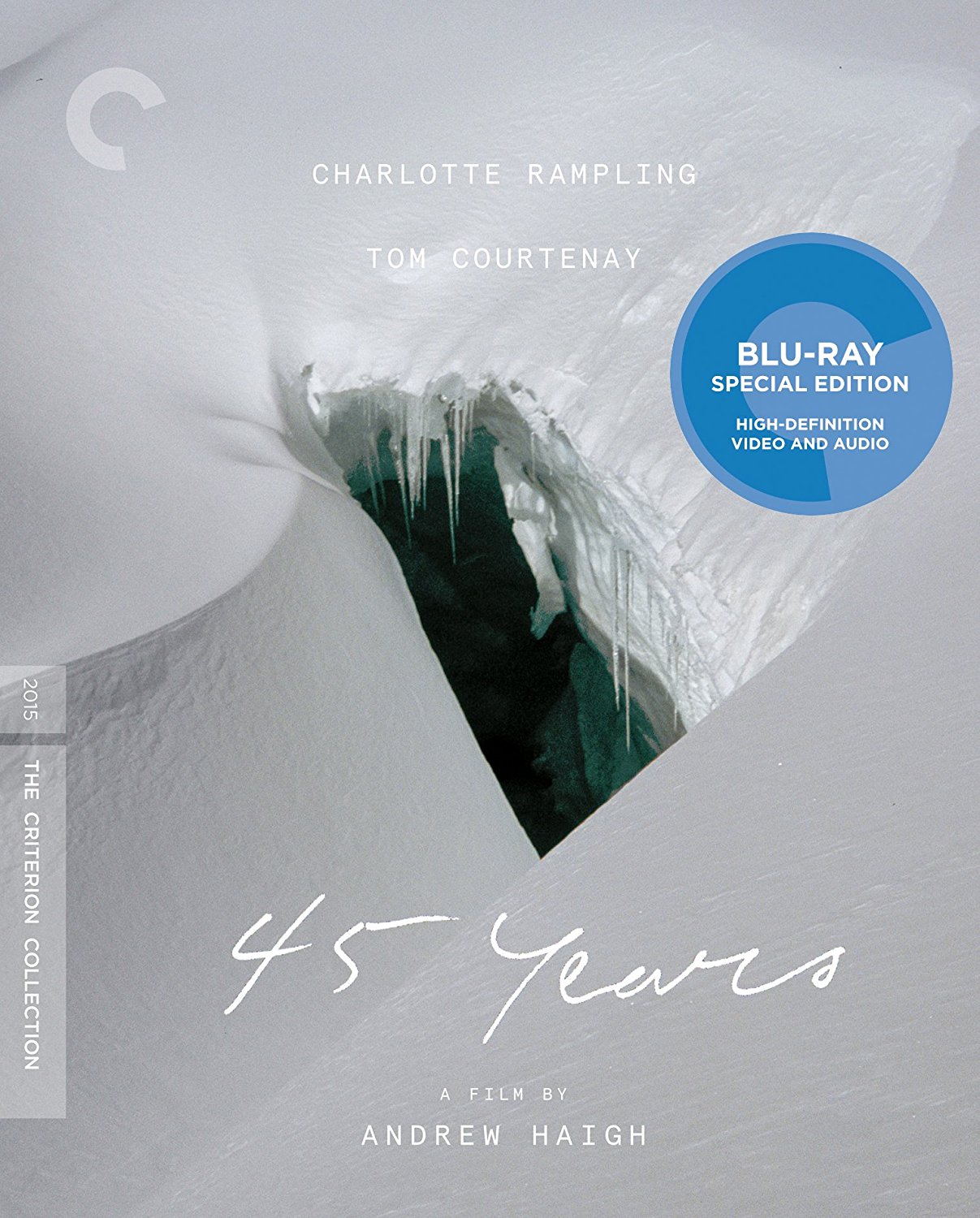 Charlotte Rampling was robbed of the 2016 Oscar for Best Actress. Don't get me wrong. I adored Brie Larson's work in "Room" and think she's one of the best actresses of her generation, but Rampling's performance in Andrew Haigh's drama is transcendent. It is the inverse of what we so often consider acting, a performance that actually gets more internal as her emotions are heightened. Some of the Criterion Collection's modern inclusions have raised a few eyebrows, but I will take no complaints about putting this masterful drama in the most notable Blu-ray library in the world. It merits it, and will be a film that only gets more acclaim as the years go by. Don't be surprised to see it on Top Tens of the '10s in just a few years. Yes, it's that good. 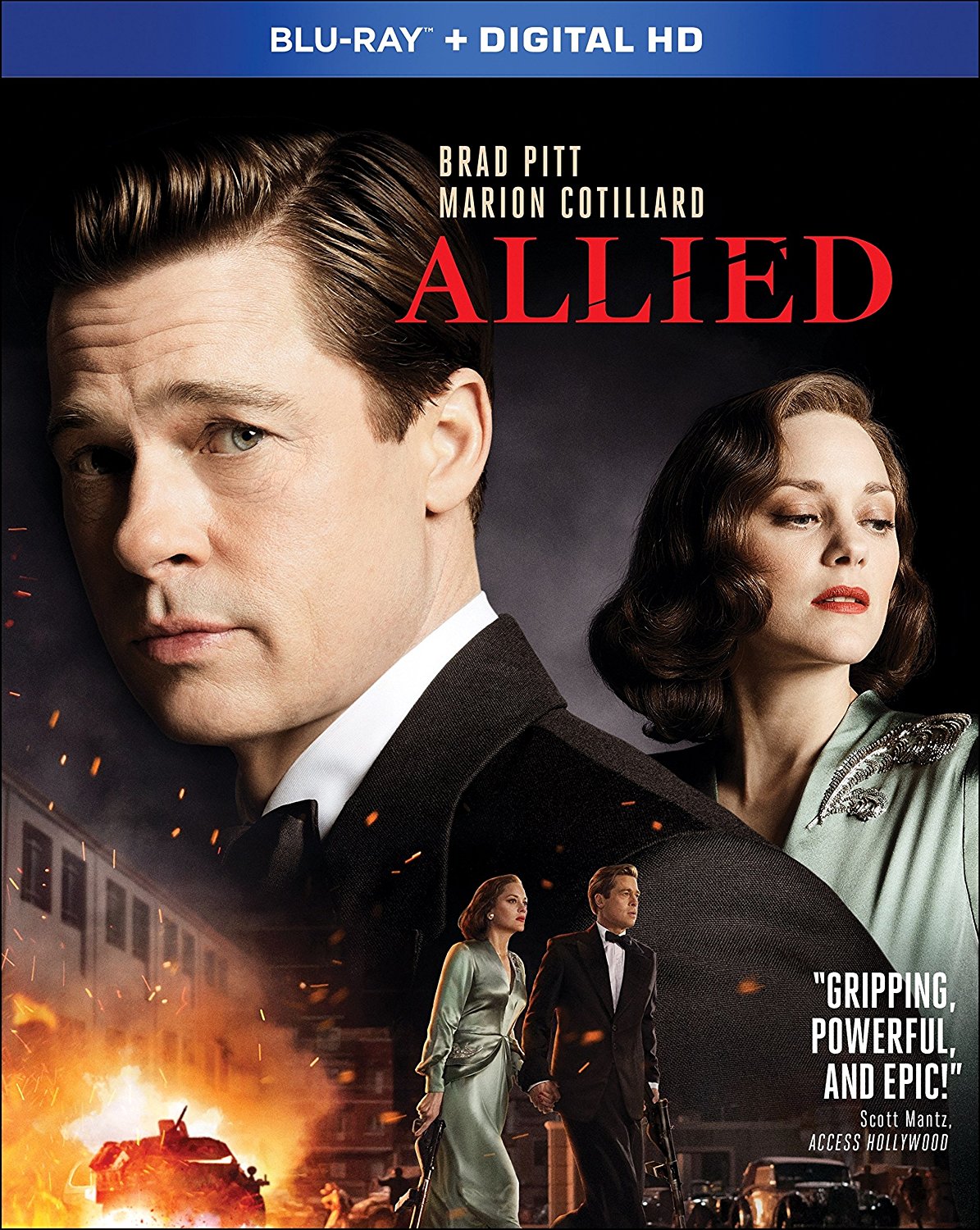 It doesn't have much meaning on its own, but the word I think of when I consider Robert Zemeckis' latest film is "solid." Peter Sobczynski and Matt Zoller Seitz have already written at length about why this film works. Peter likes it more than I do, and I think Matt might too, but it's definitely worth a rental. Zemeckis' love for films like "Casablanca" and "Notorious," both of which are directly referenced, can be infectious, and few people look more at home in a film that riffs on classic movies than Marion Cotillard. I agree with some of the critics who argue that Brad Pitt is the weakness here, but he's, what's the word, solid.

Special Features
From Stages to the Sahara: Production Design
Through the Lens: Directing with Robert Zemeckis
A Stitch in Time: Costumes of Allied
Lights, Pixels, ACTION! The Visual Effects of Allied
That Swingin' Sound: The Music of Allied 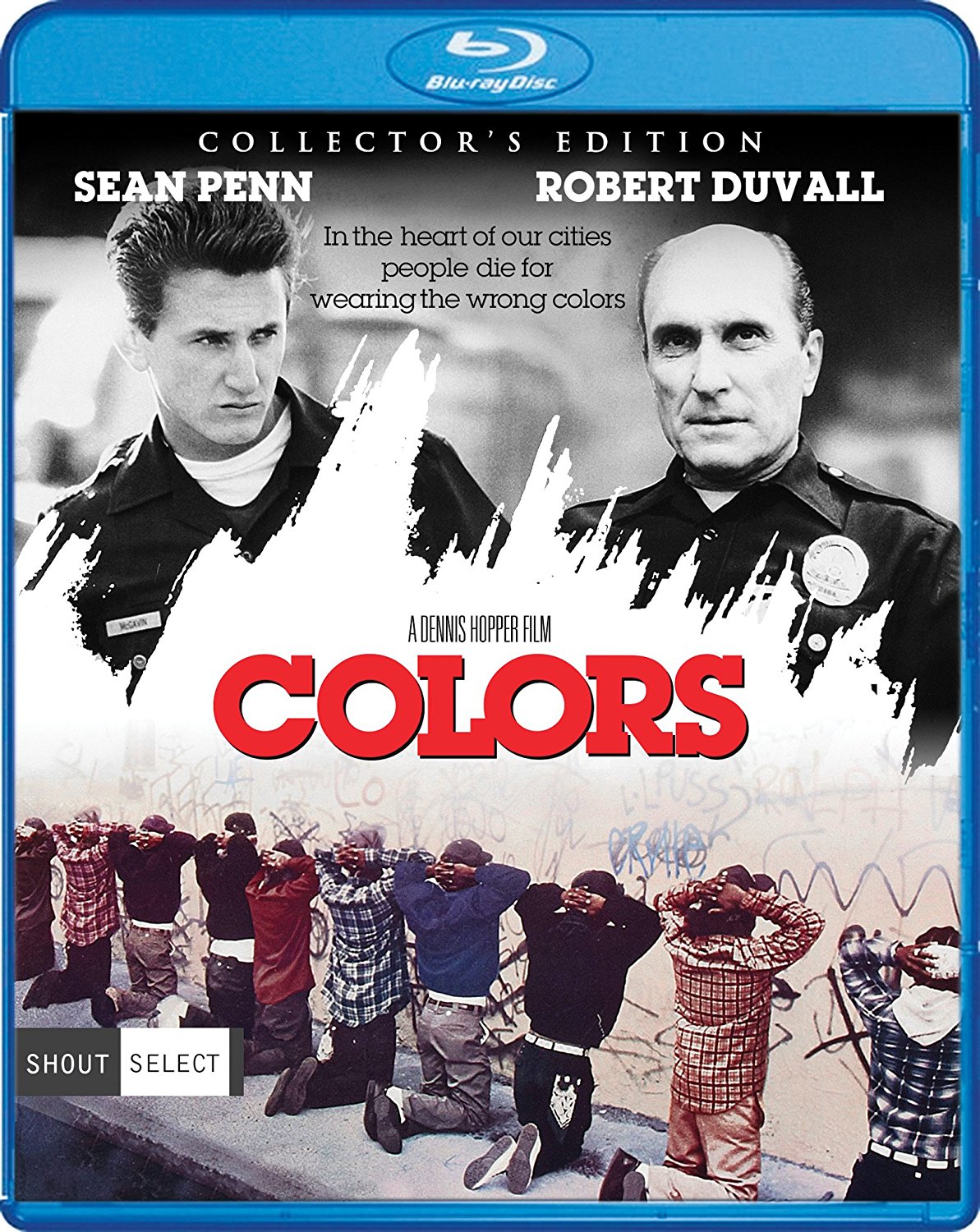 It's hard to convey the earth-shaking impact of Dennis Hopper's "Colors" when it was released in the late '80s, a time of increased racial tension between cops and minorities and an increased reflection of those difficulties in the rising genre of rap music. People around the world were learning about gang violence for the first time, and stories of the LAPD Rampart Division would become headline grabbers. "Colors" was a story that hadn't really been told yet, and it features a phenomenal cast, headlines by Sean Penn and Robert Duvall, but also featuring early performances from Glenn Plummer, Don Cheadle, and Damon Wayans.

Special Features
Unrated Cut of Colors: Includes Scenes Not Released in Theaters as well as Additional Scenes From the International Cut
"A Cry of Alarm" - An Interview with Screenwriter Michael Schiffer
"Cops & Robbers" - An Interview with Technical Advisor/Ex-LAPD Gang Division Dennis Fanning 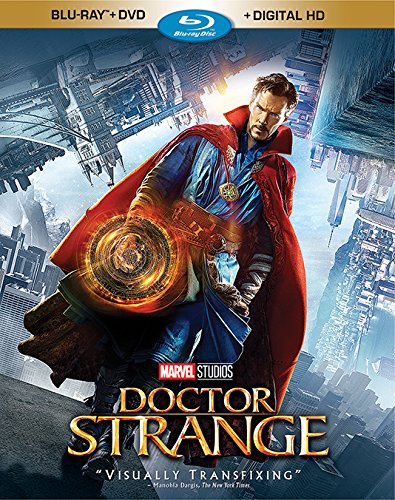 My tolerance for origin stories has been reduced to nothing. Years of Marvel films that hit the same story beats over and over again have dulled my sensory ability to enjoy even well-made origin stories like this one. Scott Derrickson's film looks great, and it has a sense of visual composition that many other MCU films do not, but I just don't care about anything that's happening in it narratively, which is startling given the talented cast employed to tell this non-story. Having said that, it's the kind of film built for Blu-ray: a special effects show of striking visuals and a powerful soundtrack. Watch it on a big TV and turn up the speakers. Maybe you won't care that you've heard this story before. 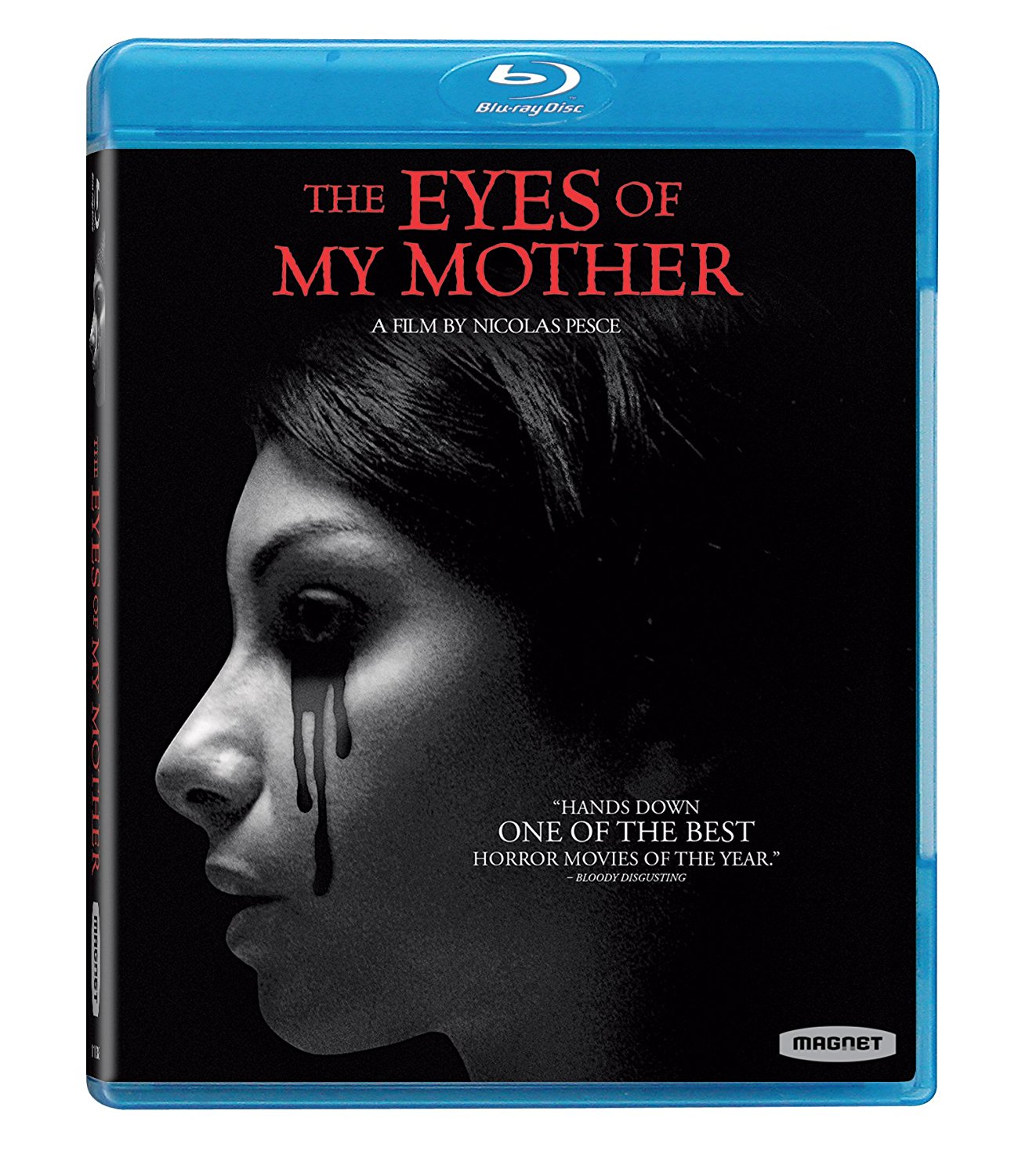 "The Eyes of My Mother"

One story you definitely haven't heard before is that of Nicolas Pesce's debut, one of the most twisted films of the last few years. Sure, it's got echoes of David Lynch, but this striking horror film is more memorable because of the new voice it announces, one totally unafraid to startle and disturb you. This film is basically a window into the life of a sociopath, one formed early in life when her mother is murdered, and a little girl becomes the torturer and keeper of her mother's killer. How is morality formed? If one is shown that human life can be taken, does it lose its value? Most of all, this is a stunning film visually, one that will be very hard for you to shake. 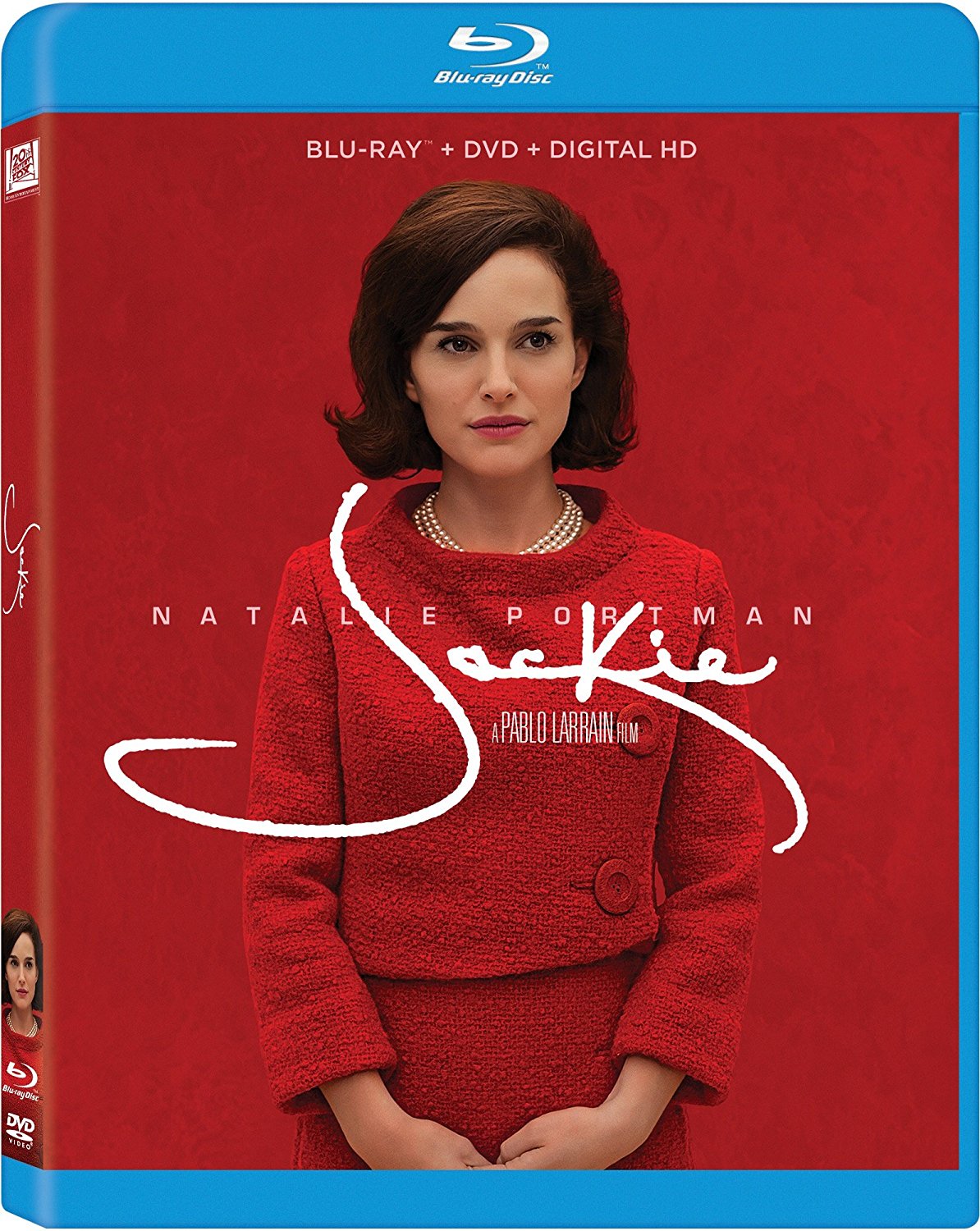 After seeing Pablo Larrain's stunning biopic at TIFF, I thought it would be a major player in top ten lists and during awards season. In fact, I was sure of it. The movie didn't quite deliver as much as I suspected, falling short of Best Picture and Best Director nominations, but its three Oscar nods were still pretty impressive, and, in my opinion, completely earned. If I had an Oscar ballot, I would have given the film the awards for Best Score and Best Costume Design, and I would have thought long and hard about giving the Oscar to Portman (I probably would have voted Huppert, though). I think "Jackie" will stand the test of time. The fact is that people will be talking about the Kennedys long after most of us are dead and buried, and this is one of the most fascinating takes on American Royalty in film history. 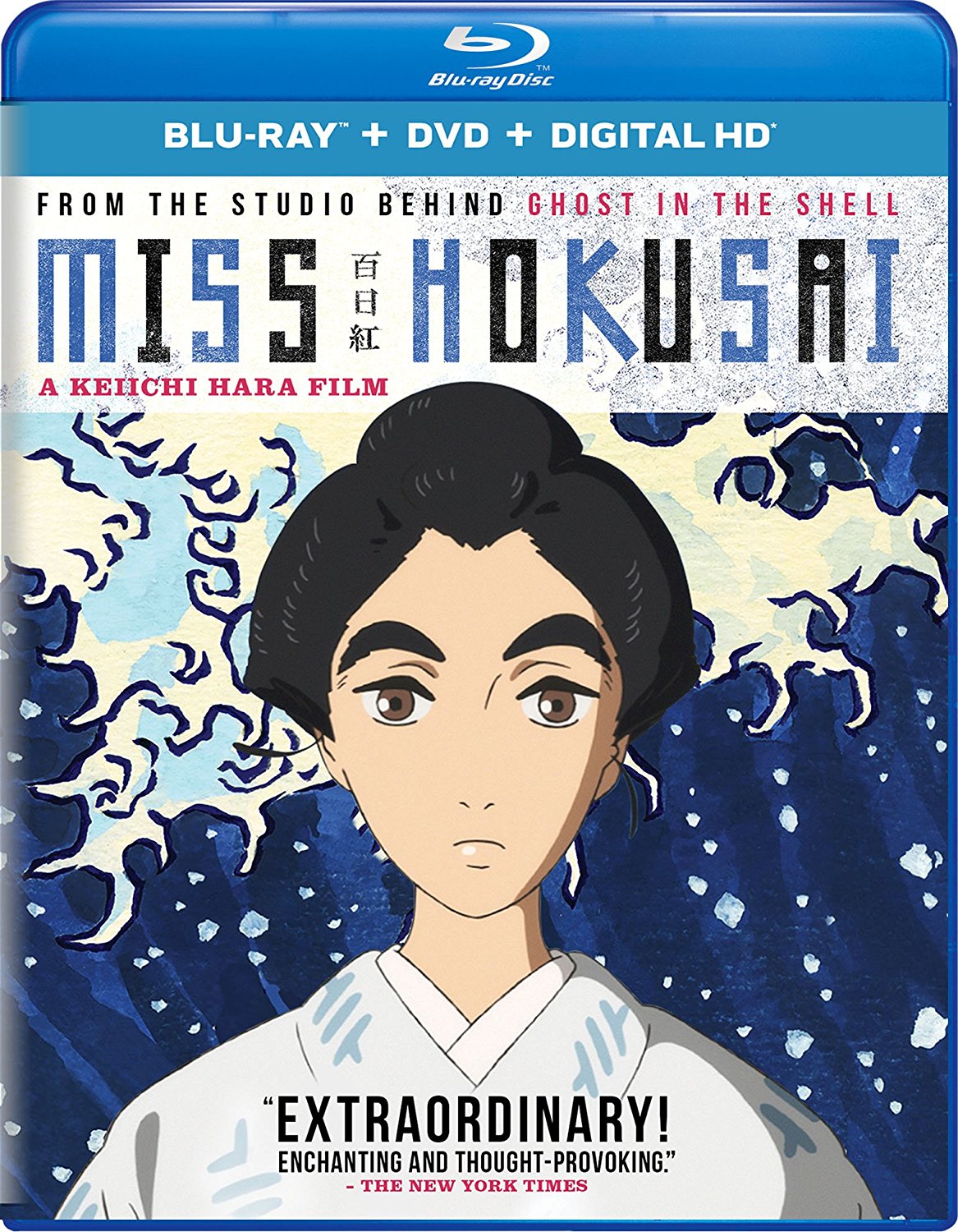 I'm definitely in the minority regarding my two-star mixed review of this film that seemingly everyone else liked more than I do. The funny thing is that I certainly didn't hate the movie. It's not horrible at all. I'm just more mixed on how some of its elements come together than other critics. I don't usually mention other writer's opinions of films in context of my own, but it's worth noting in a column like this one. I think this movie is OK and everyone else thinks it's even better than I do. So maybe you should see for yourself where you fall.

Special Features
The Making of Miss Hokusai Featurette: Join Director Keiichi Hara for a Look Inside the Studio as They Create the Film 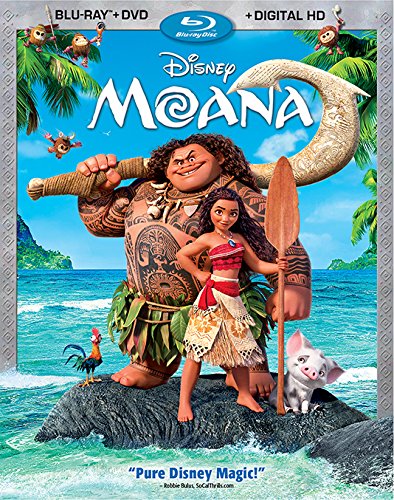 Speaking of movies that most people like more than I do. I've been made to defend my three-star opinion of Disney's massive hit often in the last couple months by friends and family members who LOVE this movie. I usually mention how I'm just exhausted by the princess narrative, which this film doesn't avoid as much as I wish it would. Having said that, the music here is fun, the visuals are strong (especially in HD on Blu-ray) and Dwayne Johnson continues to prove his title as cinema's MVP. Seriously, he makes everything he's in better. This is a solid Blu-ray release for collectors and kids, what we've come to expect from new Disney films on the home market.

Special Features
Inner Workings Short Film
Music Video - "How Far I'll Go"
Audio Commentary
Maui Mini Movie: Gone Fishing
Deleted Song: "Warrior Face"
Voice of the Islands: Discover How the Heritage of the Islands Influenced the Story, and how the People anf their Culture Insprired the Filmmakers
Things You Didnt Know About... - Get to Know the Movie's Stars and Talent Through a Series of Rapid-Fire Questions
Island Fashion - Find out How the Costumes Were Designed Using only Materirals and Techniques Native to the Islands of Oceania
They Know the Way: Making The Music of Moana - Learn how Opetaia Foa'i, Mark Mancina and Lin-Manuel Miranda's Involement with the Movie Changed their Lives
Music Video - "How Far I'll Go" Alessia Cara
Deleted Scenes
Fishing For Easter Eggs 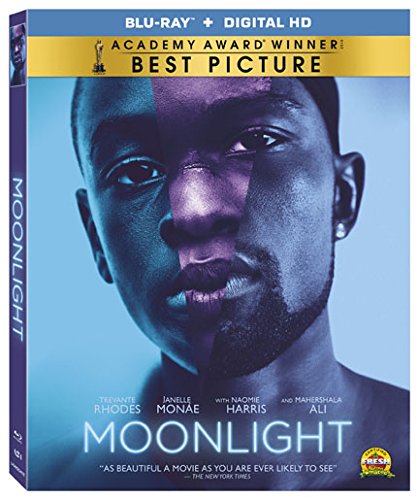 The most controversial ending in Academy Awards history somewhat overshadowed the real story of the Oscars this year in that the actual Best Picture of 2016 won the Oscar in that category. This happens once every decade or two, if we're lucky. It's so rare that I would argue this is the only time it's happened this particular decade. And it's not just a "correct" win, but an important one too. "Moonlight" is simply not the kind of film that wins Best Picture. It's a story that has never won Best Picture. And what that means is difficult to even put into words. People who never thought their films could get made, much less win an Oscar, will be willing to tell their stories. It's not only one of the most accurate winners of all time, it's one of the most influential. And it's a movie everyone needs to see. 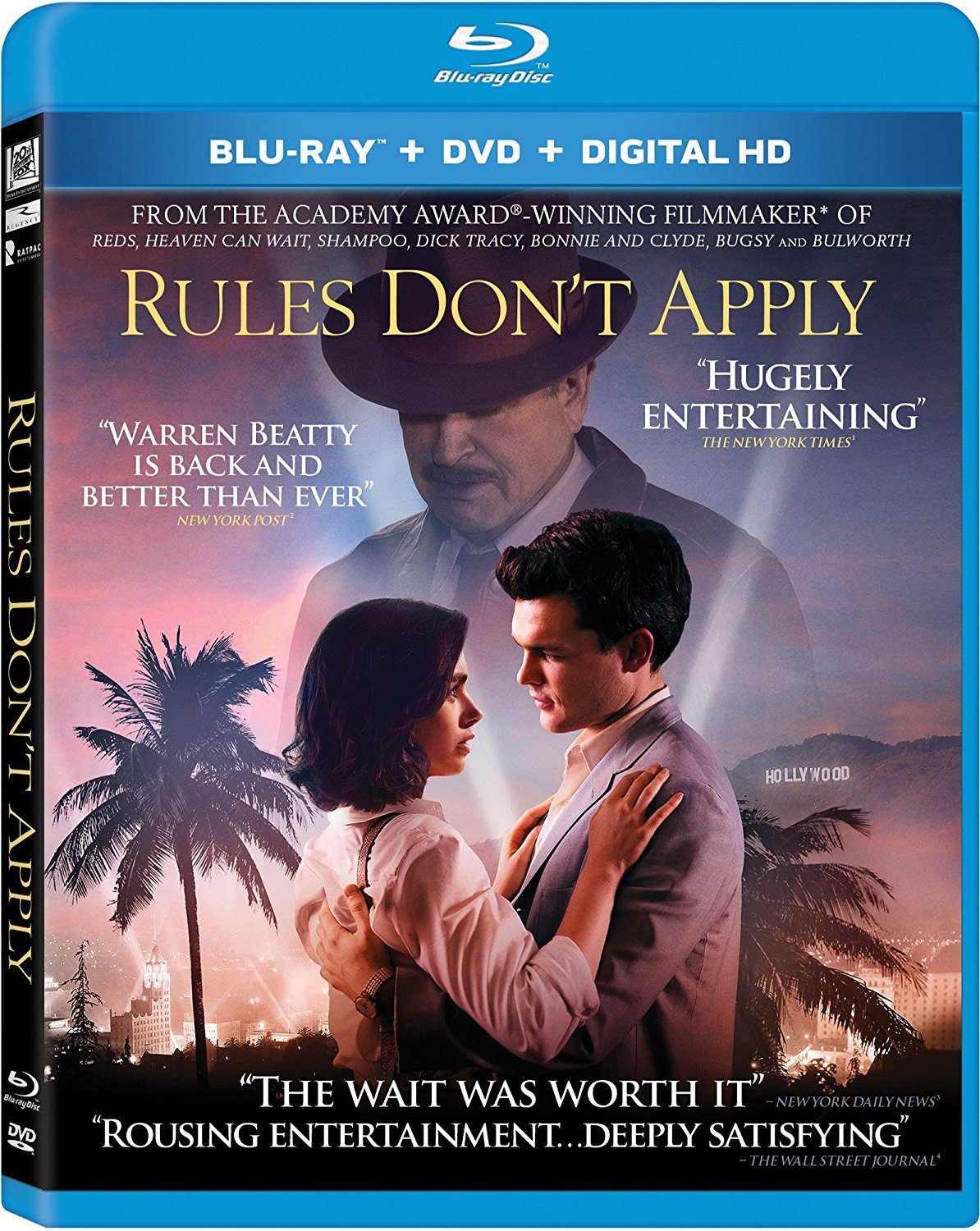 I'm equally saddened by the thought that young people now associate the great Warren Beatty with category confusion instead of filmmaking. Do yourself a favor and dig into the filmography of one of our few remaining living legends. Warren Beatty is a superstar, and a much more talented filmmaker than he's even been given credit for to date. History will be very very kind to him, even if he now has a unique footnote. Beatty's latest is a bit of a misfire for me, but it has enough elements that work to justify a rental, particularly in the performances from the two soon-to-be-superstar leads, Alden Ehrenreich and Lily Collins.

One of the best catalog Blu-ray companies in the world released a neat quartet of films recently, including the spectacular "Kiss of Death," a personal favorite. I remember seeing the remake with Nicolas Cage, wondering what went wrong, and going back to the original, a daringly dark film, especially for its era. Woody Allen's "Interiors" is often considered one of his lesser films, but Allen fans a loyal collectors, so it's nice to have on Blu-ray.