When a big-time movie star steps behind the camera, there's often the fear that the end result will be nothing more than a vanity project that would never have been produced if made by anyone else. Therefore, it came as a surprise when Angelina Jolie's first two directorial gigs, "In the Land of Blood and Honey" and "Unbroken," thoroughly bucked that trend. Not only did she not step in front of the cameras for either of them, they dealt with very tricky material (the Bosnian War and an American soldier suffering an array of tortures in a Japanese POW camp during World War II, respectively), and they demonstrated cinematic ambition and a willingness to grapple with tough subject matter. Therefore, it is baffling to discover that for her third directorial effort, "By the Sea," she has produced a film that is such a borderline unendurable exercise in vapid self-indulgence that it almost feels like an exceptionally straight-faced parody of empty-headed star vehicles.

Billed here as Angelina Jolie Pitt for the first time, she co-stars with real-life husband Brad Pitt as Vanessa and Roland, respectively. As the 1970s-set story opens, they are driving to a remote French seaside town (played by Malta) for an extended stay at a local hotel with a view of the Mediterranean to die for. He is a novelist who had a promising career early on, but who now spends more time telling people that he is a writer than doing any actual writing. She used to be a dancer, but now spends her days lounging around, popping pills and acting disdainful towards practically everything that comes into her path. Roland and Vanessa have been married for 14 years, but after spending a few minutes observing them, one could hardly understand how they managed to stick it out so long. Frankly, the only things that seem to be keeping them together are their impossibly glamourous looks and an explanation for their marital discord they inevitably refuse to delve into until the big emotional climax.

A distraction from their shared sense of torpor eventually arrives in the form of Lea (Mélanie Laurent) and Francois (Melvil Poupaud), a young couple who arrive at the hotel for their honeymoon and end up in the room next door. At first, Vanessa has no interest in them—or much of anything else—but that begins to change when she discovers a hidden peephole in the wall that allows her to secretly observe her neighbors constantly making love or otherwise gamboling about. After a while, Roland too stumbles across the peephole, and before long, the two of them are watching their neighbors together—even eating dinner while doing so—and in them, they seem to get a glimpse of the type of couple that they used to be. The mutual peeping even seems to instigate a thaw in the iciness between Roland and Vanessa for a while, but it all goes bad, of course, and threatens to destroy both couples in the process.

This is the film’s one mildly intriguing concept—the notion of a couple on the rocks using voyeurism as a way of regaining the attraction they once shared—but it is introduced far too late in the proceedings to make much of an impact, and Jolie Pitt has no particular interest in developing it. Instead, she is more interested in presenting one tableau after another featuring Vanessa and Roland in various forms of ennui-ridden repose. The characters are beautiful bores when they are on their own and strike zero sparks when they do come together to tear into each other. Early on, we quickly realize that like the film as a whole, there is precious little to these two beneath their glossy exteriors, and nothing that occurs over the next two interminable hours comes close to suggesting anything else of substance to them. As for the aforementioned big revelation, the explanation for their angst is so trite and generic that it comes across as more insulting than devastating.

This is the first time that Jolie Pitt has directed herself in a film and let it be said that the actress does the director no favors here. She spends a good chunk of her screen time in a state of terminal languidness and when she does get to her feet, she staggers through the proceedings as though the entire weight of existence is resting on her slender shoulders. At no point, however, does she display any of the spark that once made her among the most electrifying actresses around—she does, however, demonstrate that severe emotional turmoil does not have to get in the way of showing off an elaborate wardrobe and makeup regime at every available opportunity. Pitt comes off a little better but he is also stuck with a role that is little more than a few random notions that never coalesce into a fully fleshed-out character. By comparison, Laurent and Poupaud are far more interesting—to be fair, however, this probably has something to do with the fact that they have actually been given stuff to do.

“By the Sea” looks beautiful, thanks to the cinematography by Christian Berger, but the sleek exteriors cannot make up for the shallow storytelling. I can only presume that there was something about this particular story that grabbed Jolie Pitt and inspired her to bring it to the screen, but whatever it was, she has utterly failed to convey that into terms about which viewers could possibly care. All we are left with is little more than a dour downer of a film that will leave most moviegoers as cold and indifferent as the characters they have been watching. They will want to visit Malta after seeing how it has been presented here—however, if this movie is any indication of the sort of people who might turn up there, they might want to wait until the off-season. 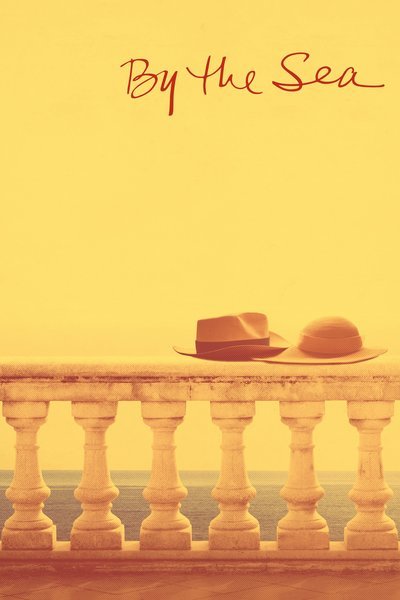