Robert De Niro earned consideration on any list of the best actors of all time, especially during a run in the 1970s and 1980s when he was virtually unchallenged for the title and won two Oscars. After a relatively disappointing period later in life, he came roaring back in the 2010s, earning another Oscar nomination for David O. Russell’s “Silver Linings Playbook” before ending the decade with a one-two punch of Todd Phillips’ “Joker” and a long-awaited reunion with Martin Scorsese for “The Irishman,” which earned the 76-year-old actor some of the best reviews of his career.

Robert Anthony De Niro Jr. was born on August 17, 1943 in Manhattan, New York City. While he would become famous for playing Italian characters, he is actually part Irish too, and his mother has a number of backgrounds, including French and German. They divorced when he was only two, and Robert De Niro was raised by his mom in Greenwich Village and Little Italy.

Robert De Niro made his screen debut in 1963 in a film that happened to be another major debut, the first work by Brian De Palma, “The Wedding Party,” although the low-budget film would not actually be released until 1969. 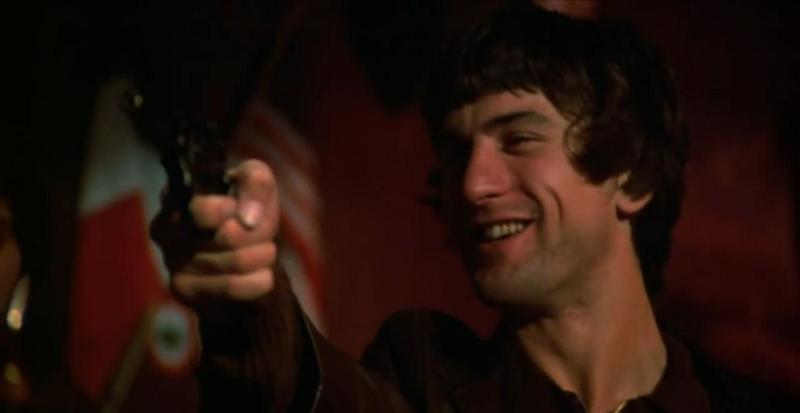 His career really took off in a major way when he worked with a man who would become his most regular collaborator, Martin Scorsese, on 1973’s “Mean Streets.” Playing Johnny Boy opposite a young Harvey Keitel, Robert De Niro made an instant impression, especially when one compared the energy of this role to that of a young Vito Corleone in the next year’s “The Godfather Part II.” Appearing in flashbacks in Francis Ford Coppola’s epic, Robert De Niro earned his first Oscar nomination for Best Supporting Actor and went home with the Academy Award.

The working relationship with Martin Scorsese would be one of the most remarkable acting collaborations in film history as the two worked together eight more times, including their next project together, 1976’s “Taxi Driver,” which became instantly iconic and identifiable with De Niro. The “You talkin’ to me?” scene has been parodied hundreds of times, and the film was a major influence on “Joker” years later and earned the performer his first Best Actor nomination.

At this point in his career, Robert De Niro was already getting a reputation as someone willing to go to extremes for his craft. He didn’t shy away from epics like Bernardo Bertolucci’s “1900,” Elia Kazan’s “The Last Tycoon,” or the next movie that would really elevate him to another level, the Best Picture-winning “The Deer Hunter” in 1978. 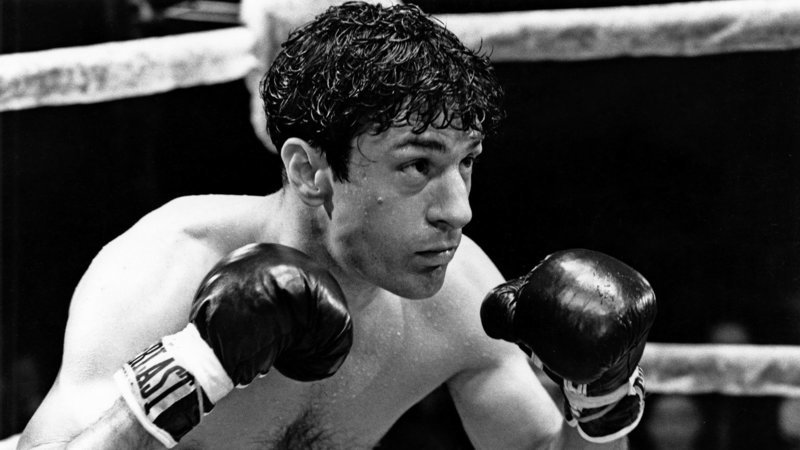 He didn’t win for that film, but Robert De Niro would take the Best Actor Oscar for his next work, a reunion with Scorsese to make “Raging Bull,” often named the best film of the ‘80s. Gaining weight to play Jake La Motta, De Niro gave an instantly unforgettable performance, and a streak of great work followed in the ‘80s.

Highlights of this era include “True Confessions,” Scorsese’s “The King of Comedy,” “Once Upon a Time in America,” Terry Gilliam’s “Brazil,” “The Mission,” “Angel Heart,” a long-awaited reunion with friend Brian De Palma for “The Untouchables,” and comedy cult classic “Midnight Run.” None of these won Oscars, but it’s an amazingly diverse and impressive run for any actor in any decade, and Robert De Niro would cap it in 1990 with two films that got raves, Scorsese’s “Goodfellas,” and “Awakenings,” which netted his first Oscar nod in a decade.

The early ‘90s remained a creatively rich time for Robert De Niro. Highlights include “Backdraft,” “Cape Fear,” “Night and the City,” “Mad Dog and Glory,” “This Boy’s Life,” and “A Bronx Tale.” Again, he had a one-two punch in 1995 with Scorsese’s “Casino” and Michael Mann’s “Heat,” two of the most beloved films of his career.

The public perception of Robert De Niro started to shift at the end of the ‘90s and the turn of the century as the tough guy often found himself parodying that persona in films like “Analyze This” and “Meet the Parents.” While commercially successful, Robert De Niro struggled to balance these movies with the kind of critical darlings he had made for the first three decades of his career. Films like “The Adventures of Rocky & Bullwinkle,” “15 Minutes,” “Showtime,” and “City by the Sea” didn’t too much to further his reputation, although he did receive some praise for his directorial effort “The Good Shepherd” with Matt Damon and Angelina Jolie in 2006. He also had a major achievement in this period when he co-founded the Tribeca Film Festival in 2002. 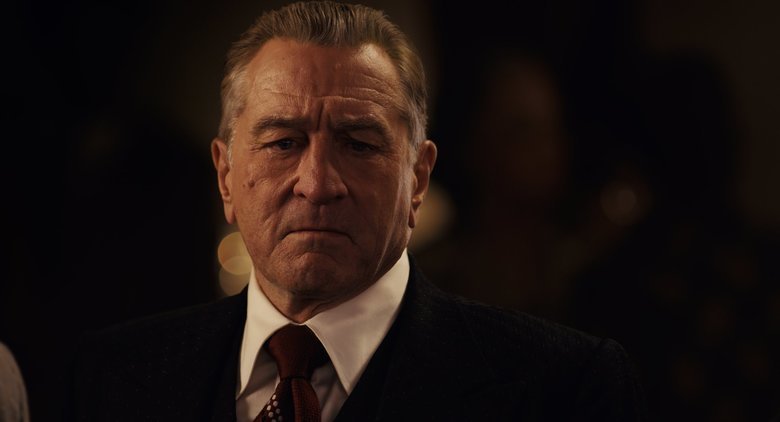 It wouldn’t be until 2012 that Robert De Niro got the best reviews in a generation and his first Oscar nomination in over twenty years when he starred in Russell’s “Silver Linings Playbook” with Bradley Cooper and Jennifer Lawrence. The hit film seemed to illustrate an enlivened Robert De Niro, someone still willing to take creative risks, and he started getting good reviews even in mainstream films like “The Intern” and HBO’s “The Wizard of Lies,” in which De Niro played Bernie Madoff.

2019 would be another one of those one-two punch years like 1990 and 1995. First, he appeared in the massive hit “Joker,” a film that works from a template of two De Niro classics: “Taxi Driver” and “The King of Comedy.” Then he would dig deeper than he has in years, giving one of his all-time best performances in Scorsese’s epic “The Irishman.” At the time of this writing, Robert De Niro was widely considered a lock for his eighth Oscar nomination and, potentially, could win his first Academy Award since “Raging Bull.”

Robert De Niro has been an active, vocal opponent of President Donald Trump, calling him a gangster that he can’t wait to see in jail.

The Gang That Couldn't Shoot Straight (1971)

A book review of Heat 2.

The latest on Blu-ray and streaming includes The Bob's Burgers Movie, Doctor Strange in the Multiverse of Madness, and Criterion editions of Devil in a Blue Dress, Raging Bull, and The Virgin Suicides.

Matt writes: A true icon of the silver screen, Ray Liotta, died on May 26th at age 67, leaving behind an extraordinary legacy of richly textured performances in both film and television. Though he never received an Oscar nomination, his co-stars who did benefitted immensely from acting opposite him. That is certainly true of Joe Pesci, whose brilliant Oscar-winning turn in Martin Scorsese's "Goodfellas" was enhanced immeasurably by the expressions of Liotta during their infamous restaurant scene.

A look back at Terry Zwigoff's dark and naughty 2003 Christmas comedy, Bad Santa.

A tribute to the late martial arts legend, Sonny Chiba.

An article about the entertainment production firm Buffalo 8 celebrating its tenth anniversary.

If the best comedy is essentially very serious, or has a very serious basis, then that explains the career of Charles Grodin.

It's Alive!: On the Many Faces of Frankenstein

Every creator involved in Frankenstein has become a mad doctor themselves, each adaptation reflecting their particular obsessions and traumas.

You Don’t Think the Future Knows How to Cross A Bridge: Relighting The Bonfire of the Vanities

A look back at one of the biggest box office bombs of 30 years ago.

The latest and greatest on Blu-ray and DVD, including Tenet, The Irishman, Possessor, The Dark and the Wicked, and special edition releases of Total Recall, The Lord of the Rings, and Tremors.

Being Human Is Heroic: Melora Walters on Waterlily Jaguar, Drowning, Magnolia and More

An interview with actor/filmmaker Melora Walters about her directorial efforts, Waterlily Jaguar and Drowning, as well as her performances in Paul Thomas Anderson's Magnolia and the Hulu series Pen15.

Everlasting Arms: The Sustained Power of The Night of the Hunter

A feature on the lasting power of Charles Laughton's Night of the Hunter and what it says about dangerous reflections of faith, then and now.

Seeing Yourself in Ordinary People

A feature about how Ordinary People has changed over the forty years since its release.

Stirring the Pot: Glenn Kenny on His New Goodfellas Book

Why Heat is the Greatest Heist Movie Ever Made

A reappreciation of Michael Mann's Heat on its 25th anniversary.

Our Writers Highlight Articles to Enjoy on our Newly Redesigned RogerEbert.com: Part II

Part II of highlighted articles from our writers at RogerEbert.com.

SDCC 2020: Do Not Call Charlize Theron a Warrior

Charlize Theron loves the action genre when the characters are flawed and complicated. "Our strengths come from our faults and mistakes and our petty and our vulnerabilities and our madness. Those are the things that make us interesting."

A tribute to the director Joel Schumacher.

What to Watch During a Quarantine

In Defense of Peggy's Silence in Martin Scorsese's The Irishman

I have come to appreciate silence not as a sign of weakness or capitulation, but as a finely sharpened dagger that finds its way to the heart, every time.

An essay about the 2018 film Book Club, as excerpted from the latest edition of BW/DR.