A couple of weeks ago I had the strangest dream. I dreamed that this movie, “Dirty Grandpa,” was the talk of the nation. Not because the Robert De Niro/Zac Efron/Aubrey Plaza raunch comedy was particularly good, but because, apparently—I didn’t see any of the movie in my dream, just had conversations with people about it—it didn’t do that thing that studio-produced-raunch comedies do, which is take things so far and no further. No. In my dream, “Dirty Grandpa” was spinning heads because it broached John Waters/Harmony Korine levels of outrageousness. The sex scenes between De Niro and Plaza had a “Last Tango In Paris” level of explicitness, for instance.

Now you just have to take my word for it that I had this dream, but honestly, I did. The question is WHY did I have this dream. As the author of a book on De Niro, I’m frequently (okay, not that frequently, but more often than would be the case for a guy who hadn’t written a book on De Niro) asked what I make of his various career moves. So maybe the dream speaks to my critical desire to see De Niro go back to surprising his audiences with audacious performances. Or maybe I’m just a perv who wants to see Aubrey Plaza naked. I don’t know. The weird thing is, although the non-oneiric “Dirty Grandpa” does not feature Aubrey Plaza naked (although she gets closer than one might have expected), the movie is, as in my dream, a genuine envelope-pusher. Its crudity is relentless. The subjects of its indifferently crafted and callously executed jokes include roofie-ing, crack smoking, child molestation, jailhouse rape, graphic depictions of penises in the shape of a swastika being displayed to a rabbi, and more. The sort of thing you might expect in a John Waters or Harmony Korine film.

Only in a John Waters or Harmony Korine film the jokes might be funny, or pointed. Here they are not. Early in the film’s road trip, De Niro’s horny patriarch is trying to charm some ladies on a golf course; on being stymied by uptight soon-to-be-married lawyer grandson Efron, he responds with a panoply of puns based on the term, if you’ll excuse it, “cock blocker.” “Who does your taxes, H. and R. Cockblock?” De Niro asks Efron. He continues by making a salacious play on the name “Jack Nicklaus,” putting a D where the N customarily is. Because they’re at a golf course, get it? That De Niro delivers these moronic japes with gusto, even vehemence, does not improve them.

The fact that the relentless barrage of this humor is occasionally punctuated with pointedly insincere homilies wherein “dirty” grandpa De Niro tries to encourage sellout grandson Efron to Follow His Dreams just makes the whole thing that more depressing. The other way the film pushes the envelope is through sheer, contemptuous incoherence. De Niro’s character, Dick, is initially so homophobic and racist that one can actually imagine that he’s a senior citizen Travis Bickle; having been domesticated for forty or so years, now on the death of his wife, he can let loose again, spewing epithets and rancor all the way from Georgia to Daytona Beach. Once Dick and Efron’s Jason run into Jason’s former college pal Shadia (Zoey Deutch, who here seems to be filling the function of “an Isla Fisher type”) and her oversexed pal Lenore (Plaza) and their gay African-American pal Bradley (Jeffrey Bower-Champion), you can take a wild guess who ends up the brunt of Dick’s dickish one-liners. Once the movie backs into a weird corner that skirts the hem of the infamous “mind if we dance with your dates?” scene in “Animal House,” De Niro’s character suddenly turns righteous in the ways of sexual tolerance even as he’s humiliating a rougher black character. The movie’s editing ADD is so severe that the aforementioned roofie-ing gag (actually a variation thereof, with Xanax substituting for Rohypnol, if anybody’s counting) leads into a chugging-contest scene so incoherently edited that the joke, such as it is, has no payoff. As the wisecracking robots on “Mystery Science Theater 3000” used to say, “They just didn’t care.”

The movie is so incredibly consistent in failing to land an honest laugh that about an hour into it, its not being funny becomes laughable: I began giggling with a kind of metaphysical embarrassment for everyone involved in the enterprise, and, eventually, for all of humanity itself. I see, scrawled in my notebook, the words “What is happening to our world?” Weirdly enough, the final scene with Plaza and De Niro in the latter character’s apartment does contain some rather good one-liners, which I have to assume were concocted by Plaza in an improv situation, as their verbal wit is so manifestly superior to any other spoken joke in the movie that the contrast is, again, embarrassing.

The actor Bela Lugosi appeared in some landmark, perhaps even great, films at the beginning of his Hollywood career in the 1930s. They include Browning’s “Dracula” and Ulmer’s “The Black Cat.” Lugosi’s final film was 1959’s “Plan 9 From Outer Space,” frequently cited as the worst film ever made. The cinematic landmarks of De Niro’s career include films such as Coppola’s “The Godfather, Part II” and Scorsese’s “Raging Bull.” He has been featured in a good number of very bad films in the years since. But this? This might just be his own “Plan 9.” 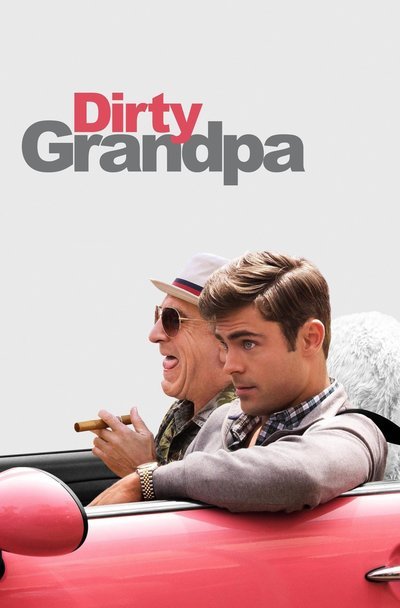 Rated R for crude sexual content throughout, graphic nudity, and for language and drug use.