In mainstream movies today, “dark” is just another flavor. Like “edgy,” it’s an option you use depending on what market you want to reach. And it is particularly useful when injected into the comic book genre.

Darkness no longer has much to do with feelings of alienation the filmmaker wants to express or purge, as was the case with a film like “Taxi Driver.” It’s not about exploring uncomfortable ideas, as was done in “The King of Comedy.” Do you think Todd Phillips, who co-wrote and directed “Joker,” and references those movies so often you might expect that Martin Scorsese was enlisted as an executive producer here as a way of heading off a plagiarism lawsuit (he dropped out not too long after signing on, however), really cares about income inequality, celebrity worship, and the lack of civility in contemporary society? I don’t know him personally but I bet he doesn’t give a toss. He’s got the pile he made on those “Hangover” movies—which some believe have indeed contributed to the lack of civility in etc.—and can not only buy up all the water that’s going to be denied us regular slobs after the big one hits, he can afford the bunker for after the bigger one hits.

Which is not to go so far as to say that if you buy into “Joker,” the joke’s on you. (Except in the long run it really is.) If you live to see Joaquin Phoenix go to performing extremes like nobody’s business, this movie really is the apotheosis of that. As Arthur Fleck, the increasingly unglued street clown and wannabe stand-up comic down and out in what looks like 1980s Gotham (although who knows what period detail looks like in fictional cities), Phoenix flails, dances, laughs maniacally, puts things in his mouth that shouldn’t go there, and commits a couple of genuinely ugly and disgusting crimes with ferocious relish.

Much has been made, by Warner, and I guess DC Comics, of the fact that this is meant as a “standalone” film that has no narrative connection to other pictures in the DC Universe, but that’s having your cake and eating it too when you still name your lunatic asylum “Arkham” and your cinematic DC Universe is changing its Batmen every twenty minutes anyway. Maybe what they really mean is that this is the first and last DC movie that’s going to be rated R.

A rating it thoroughly earns. The violence in this movie means to shock, and it does. Fleck’s alienation in the early scenes evokes Travis Bickle’s, but this movie is too chicken-livered to give Fleck Bickle’s racism, although it depicts him mostly getting hassled by people of color in the first third. Fleck is also fixated with a Carson-like talk-show host played by Robert De Niro, reversing the “King of Comedy” player positions. He also likes the black woman down the hall from him, played by Zazie Beetz. The casting is not just meant to give the movie bragging rights on the zeitgeist curve, but to evoke Diahnne Abbott in both “Taxi Driver” and “Comedy.” Fleck’s seemingly successful wooing of the character is a jaw-dropper that had me thinking Beetz ought to fire her agent, but a late-game clarification makes it … well, forgivable is not quite the word, but it will do.

As Gotham begins to burn (the civil unrest starts with a garbage strike), Fleck, who has been taken as a vigilante by much of the city’s 99%, doesn’t quite know what to make of his underground cult stardom. (The city is beset by rioters in clown makeup and clown masks; because this movie is rather suddenly behind the curve in “clowns-are-scary” awareness—only Pennywise gets a special dispensation these days—these sequences look like “The Revolt of the Juggalos” or something equally laughable.) His mom (Frances Conroy, the poor woman) has been writing letters to her former employer, the magnate Thomas Wayne, and Arthur opens one of the missives and reads them, learning something disturbing.

The storyline in and of itself is not a total miss. But once the movie starts lifting shots from “A Clockwork Orange” (and yes, Phillips and company got Warners to let them use the Saul Bass studio logo for the opening credits, in white on red, yet) you know its priorities are less in entertainment than in generating self-importance. As social commentary, “Joker” is pernicious garbage. But besides the wacky pleasures of Phoenix’s performance, it also displays some major movie studio core competencies, in a not dissimilar way to what “A Star Is Born” presented last year. (Bradley Cooper is a producer.) The supporting players, including Glenn Fleshler and Brian Tyree Henry, bring added value to their scenes, and the whole thing feels like a movie. The final minutes, which will move any sentient viewer to mutter “would you just pick a goddamn ending and stick to it?” are likely an indication of what kind of mess we would have had on our hands had Phillips been left entirely to his own cynical incoherent devices for the entire runtime. Fortunately, he gets by with a little help from his friends.

This review was originally filed from the Venice Film Festival on August 31st. 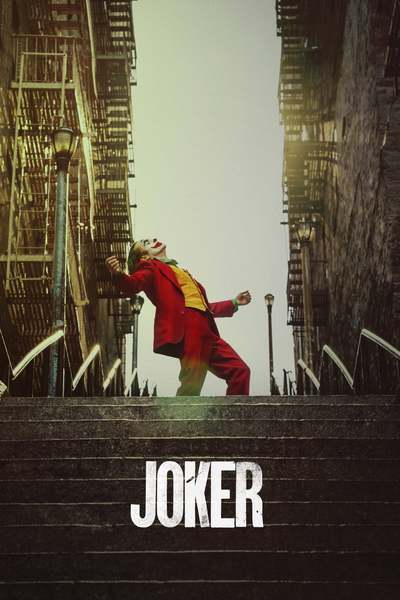