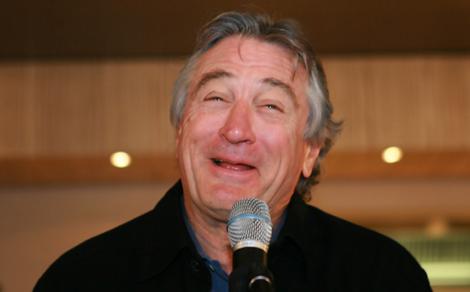 "Exclusive Video: Comedy Genius Robert De Niro Dazzles Us with Best Performance in Years." That was the headline at Defamer after De Niro's speech Monday night at the Film Society of Lincoln Center tribute to Meryl Streep.

Comedy genius? Defamer facetiousness? You decide. The words "De Niro" and "comedy" do not generally belong in the same sentence because (with the notable exception of "The King of Comedy," "Hi, Mom!," "Midnight Run" and moments in "New York, New York" — all of which get good laughs from extreme discomfort) he couldn't be funny if he tried — and that's precisely the problem. He tries so very hard. In this speech, read from index cards, he tossed off canned one-liners like a bored celeb hired to appear at an industrial — say, the Upper West Side Association of Farsighted Florists.

Wasn't he funnier in "Cape Fear"?