The fate of the Jerryphile 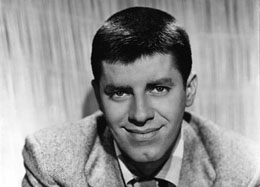 I love Jerry Lewis. I love Jerry Lewis so much that I have a friend who, whenever I mention Lewis online, sends me the simple two word message "Rupert Pupkin". That, of course, is the name of Robert De Niro's deranged wannabe in Martin Scorsese's "The King of Comedy". Pupkin is so obsessed with Jerry Langford, the comedian played by Jerry Lewis, that he kidnaps him and takes his place on his talk show. 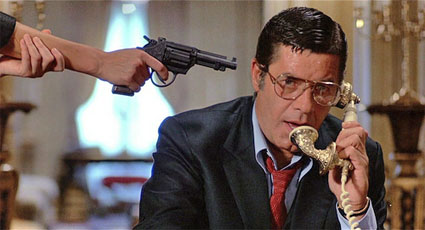 I think my friend is joking. I hope she doesn't truly see parallels between Pupkin and me. But perhaps I should remember that the film critic Shawn Levy once warned me that the amount of books about Lewis I had on my bedside table was hazardous to my mental health. Shawn Levy, for those who are unaware, wrote the 500-page biography "King of Comedy: The Life and Art of Jerry Lewis". And so perhaps my friend's words are a warning: "You like Jerry Lewis? Be careful. That way madness lies."

This is the lot of the Jerryphile. To confess to our love of Lewis is to have our sanity questioned with such persistence that we begin to question it ourselves. It is always a comfort, then, to find a fellow Jerryphile, someone we may look at and reassure ourselves that, yes, perfectly sane people like Lewis. I take a great deal of comfort, therefore, in having discovered Mehrnaz Saeedvafa, whose 38-minute documentary "Jerry & Me" tells her life story by intertwining it with the tale of her passion for the work of Jerry Lewis.

Of all the films I have seen since I became a Far-Flung Correspondent for this site, "Jerry & Me" is the one that, in tone and ambition, is most like the pieces we Far-Flung Correspondents write. It presents a vision of American movies as no-one in America could ever see them and finds resonance in them that no one in the West would ever feel.

Saeedvafa teaches film, including a course on Jerry Lewis I would very much like to take, at Chicago's Columbia College. But she was born in Iran and grew up there, with her impression of the US cast by the Hollywood movies that played in picture houses with faux-American names: "Radio City", "Miami", "Empire" "Paramount". She grew up with John Wayne and Paul Newman and Frank Sinatra. And, above them all, Jerry Lewis. "For me," she says early in the film. "Jerry Lewis was America."

For many Americans that is, I imagine, a jarring sentiment. In my experience, the greatest culture shocks come not from finding cultures vastly different to our own but from being confronted with the seemingly inexplicable discrepancy between how we view our culture and how it is viewed by others. The idea that Jerry Lewis was the West's premier cultural ambassador in Iran sits just fine with me but to others it must seem an embarrassing absurdity.

Just as it can be shocking to learn that a distant population views our culture very differently than we do ourselves, it can also be shocking to learn that a culture we believe to be irredeemably different to our own can have great similarities with it. Perhaps the most memorable moment in "Jerry & Me" comes when Saeedvafa remembers John Wayne as "the hero of every boy in the neighbourhood, who wanted to act like him with their make believe guns".

Of course, the version of John Wayne who appeared in Iranian cinemas was a little different to the version who appeared in the American cinemas on which they were modeled. For one thing, he spoke in dubbed Persian. In "Jerry & Me", American movies play in Persian, so we can hear them the way Iranian audiences did, but they are subtitled in English, so we can read exactly what those audiences heard the actors say.

Often, this is precisely what we hear the actors say when we watch the original films. At other times, it is rather different. Ironically, the funniest and most surreal moment in "Jerry & Me" does not feature Jerry Lewis, America's most anarchic comedian, but rather John Wayne, America's straightest of straight arrows. In one clip, we see The Duke being just as upright and All-American as he always was, a cowboy hat on his head and a six-shooter strapped to his side, and then, just as he leaves the frame, he suddenly declares, "There is no God but Allah!" 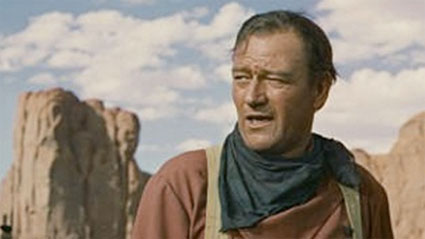 Such moments are pure cinema - and this film, too, is pure cinema. Its story would perhaps reach a larger audience if it were simply an excellent blog post: the audience for half-hour documentaries about an Iranian girl's affection for Jerry Lewis is probably not large. But it would have been a tragedy if this tale had been told in any other medium besides film: it is obvious that Saeedvafa thinks at 24 frames a second.

She uses film clips to illustrate memories, emotions and ideas we would not ordinarily associate with them. I had seen all the clips from the Jerry Lewis movies Saeedvafa features in her film many times before I saw it, but she made me see each one afresh. When she discusses the difficulty of trying to finish a film in Iran during its war with Iraq, we see the scene from "The Errand Boy" in which Lewis's character tries to eat his brown bag lunch on the set of a war film but is beset by explosions and marauding soldiers. 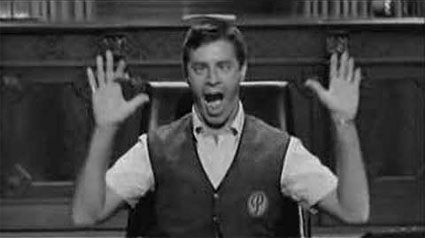 When Saeedvafa tells us of the everyday ignominy of having to spell out her name several times to everyone she met when she first moved to America, she does so over footage of the scene in "The Delicate Delinquent" in which Lewis's Sidney Pythias has the same problem with a policeman. And when she discusses Lewis's greatest film, "The Nutty Professor" (1963), she tells us how, for her, the hapless Professor Kelp's transformation into the lothario Buddy Love encapsulated "the secret wish that I had as a teenager to drink a potion and turn into a happy white woman." 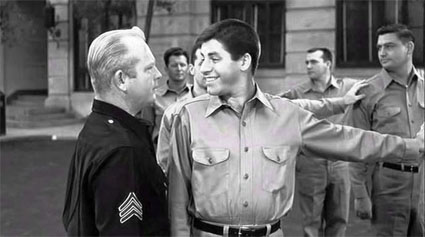 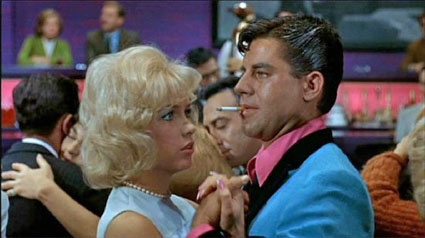 Sometimes the selection of movie clips is more subtle and more sinister. We learn that Saeedvafa's father had many extramarital affairs and subjected her mother to "abuse". We also hear that, when Saeedvafa went on her weekly trips to the cinema, it was always only with her father. This was, she says, "a privilege I felt guilty about, since my mother was not with us. My father wanted my undivided attention to himself. When he was home, I couldn't do anything but keep him company." Unacknowledged in the narration, a clip from Stanley Kubrick's "Lolita" plays onscreen. We draw our own inferences. 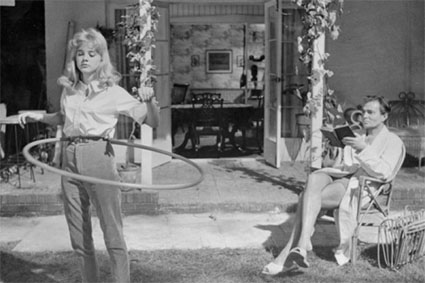 "Jerry & Me" also illuminates for us not only the meaning American movies held for Iranian audiences but also the experience of watching films in Iran. As a menacing clip from "Psycho" (1960) plays, Saeedvafa announces that "I was more scared of sitting next to strangers in the dark than what was going on in the movie." Later, after the Iranian revolution, she was threatened for talking to her teaching assistant during a screening of "The Searchers". The first time I saw "Jerry & Me" I hoped, in my naivety, that the threat was a joke: after all, no-one should talk to anyone during a screening of "The Searchers". 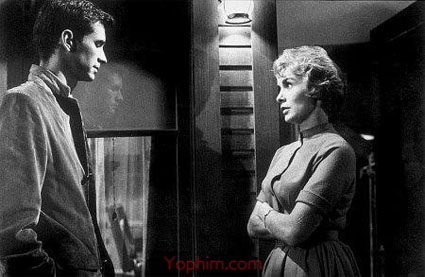 But the threat was, of course, serious and violent. It warned her never again to whisper in the ear of a man to whom she was not related. Such incidents were not isolated. When she began teaching, she soon received an anonymous offer of "sigheh", or temporary marriage. Even those of us with little understanding of the concept of sigheh can imagine why a male student would want to be temporarily married to his female teacher in a society in which sex outside marriage is illegal.

But American students, Saeedvafa found, could in different ways be just as aggressive and insensitive. By the time of the war in Afghanistan, Saeedvafa was living and teaching in the States. One day, one of her pupils abruptly apologized to her: "I know you're from Afghanistan," he said. "But I want to join the army and bomb the hell out of your country." 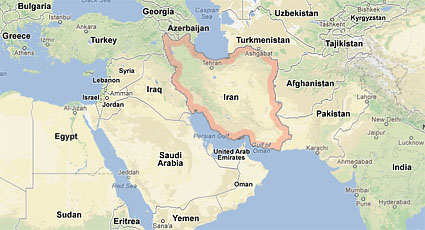 "He didn't even know," says Saeedvafa wearily. "The difference between Afghanistan, Iran or Iraq." As the war in Iraq followed, and as it was followed by the Gaza War of 2008 and 2009, Saeedvafa became depressed and besieged by flashbacks and nightmares. She refused to watch the news, but the night terrors persisted.

The films of Jerry Lewis again became a salve. She had different problems but the same solution. I can relate: I, too, carry Jerry Lewis movies with me wherever I go. Often literally: there are two on my iPad. His is a divine silliness: he can relieve both the benign bad mood brought on by a slightly dreary day at work or the malignant sadness attendant to the worst losses in life.

"Jerry & Me" demonstrates, as succinctly and persuasively as any film I have seen or any article I have read, what we Jerryphiles understand and the rest of the movie-watching world does not: an obsession with Jerry Lewis is not a sign of incipient insanity. It is a great benefit to your mental health. 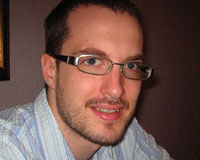