“Imagine telling Diane Keaton she should stop acting. Or Helen Mirren, or Maggie Smith, or Ellen Burstyn, or Blythe Danner, or Jane Fonda, or Lily Tomlin — all of whom have been in their fair share of stinkers over the last five years — because acting, at their age, wasn’t becoming, or didn’t match with the type of films that launched them to fame. There’s a paucity of roles for the ‘woman of a certain age’ in Hollywood, but when women take those roles, they’re pitied; when De Niro takes a similar role, he’s an embarrassment. It’s an astounding assertion: that when you get old, the classy move is to stop doing what you’re doing, lest it anger others who would like to think of you, and your work, the way they’d like to keep thinking of it. In many ways, it recalls the conversation around Brando, whose abjection and recession from the world felt like a personal affront to dudes who still wanted to put a poster of ‘The Godfather’ up on their wall. But Brando decried Hollywood for years, and allowed his shame to sour nearly every movie he made after 1972. De Niro, by contrast, still seems to love acting, if not the publicity performance that goes with it. He has a film festival! He looks great. Like his female contemporaries, acting is his profession. Why wouldn’t he want to keep doing it?” 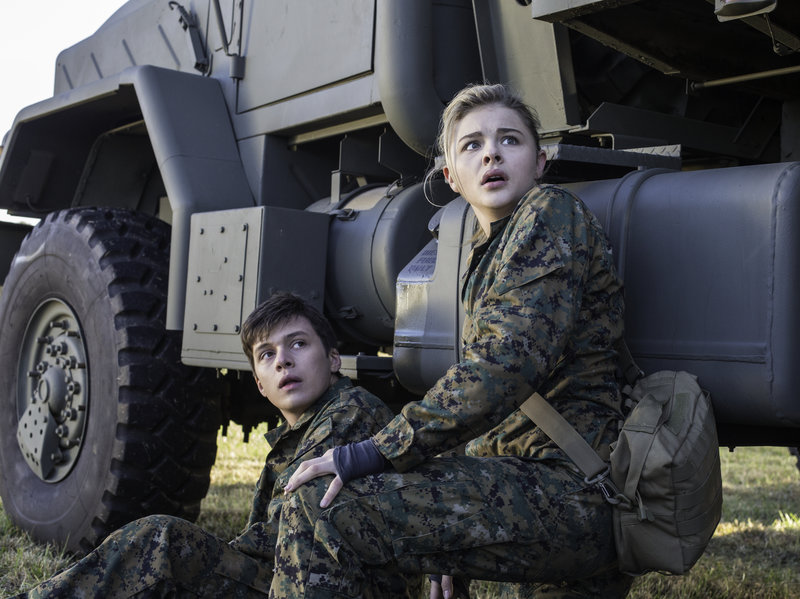 "The Disappointment Invades in 'The 5th Wave'": NPR critic Andrew Lapin pens a very entertaining review of the less-than-entertaining YA thriller.

“In 2014's ‘Clouds of Sils Maria,’ Chloë Grace Moretz plays a talented young tabloid magnet picked to star in a revival of a classy play alongside Juliette Binoche's weathered veteran actress. Moretz's character also headlines a silly, effects-heavy teen blockbuster, with sterile white backgrounds, bright red wigs, and faux-kinky leather getups. ‘I could feel my brain cells dying, one by one,’ Binoche declares after viewing it. Her assistant attempts an impassioned argument for teen sci-fi as a vehicle for emotional truth (she's played by Kristen Stewart, natch), but Binoche can't stop laughing long enough to listen. ‘The 5th Wave’ is essentially the movie Binoche was watching. And if it's tempting to dismiss her own... er, dismissiveness as elitist and out-of-touch, wait till you've seen the film. The Moretz showcase is an alien invasion tale, a disaster movie, a wartime allegory, and a Nicholas Sparks romance all rolled into one. It's based on a 2013 novel by Rick Yancey, and all those hodgepodge elements likely work better on the page: our own Petra Mayer praised it as ‘a grim and riveting read.’ Squeezing so many moving parts into a single motion picture would be admirably economical, if it didn't also feel so endless. At only 18, Moretz has an uncommonly captivating screen presence. Even when she's reacting to the world of the film, she's forcing it to orbit around her. That serves her well here, as director J Blakeson (who last helmed the 2009 crime film ‘The Disappearance of Alice Creed’) does little but ask Moretz to react to CGI threats in the not-quite-near distance.” 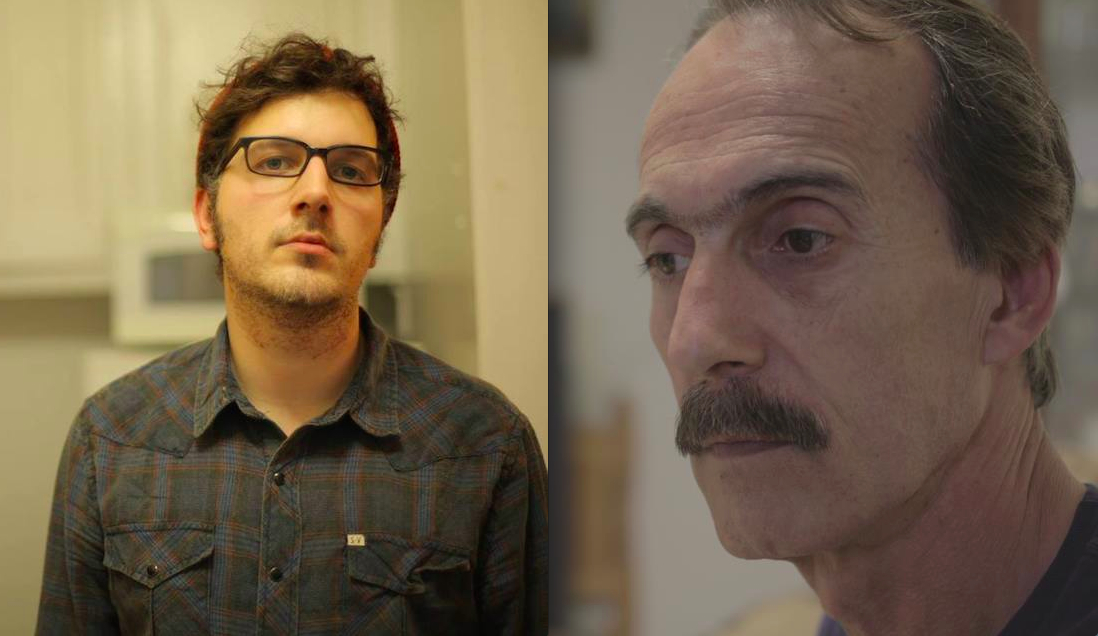 "Christopher Jason Bell on 'The Winds That Scatter'": The Indiewire critic-turned-filmmaker chats with me at Indie Outlook about his superb feature debut.

“[Indie Outlook:] ‘A film like this serves as a rebuke to the dehumanizing rhetoric of certain presidential candidates simply in how it crafts an empathetic portrait devoid of preachiness. How, in any way, did the Syrian refugee crisis have an impact on your film?’ [Bell:] ‘I’m not sure. It’s still very recent. I’m tempted to say ‘very little’—occasionally a festival or a critic will perk up and be like, ‘Hey, this is relevant, I think it’s important that people see this.’ But it doesn’t happen as often as you might think, as far as hearing all of this s—t on television and then realizing that this little film is out there and tackling these ideas in some form or other. Down to the very, very basics, it’s about a brown man in America. It’s about a middle-eastern man, also Muslim, in post-9/11 America. So no matter what’s going on, it’s always, unfortunately, going to be a topical thing. I think the ‘We Don’t Want Syrian Refugees In Our Country’ crisis was the last straw for me. I was extremely upset over the rhetoric…and to be clear, I’m not the victim here, I’m not saying that. But it very much pissed me off that all this terrible drivel was being said, was being supported, and here I had this film that tried to counter all of that negativity and it really seemed like a lot of the tastemakers couldn’t be bothered to care.’” 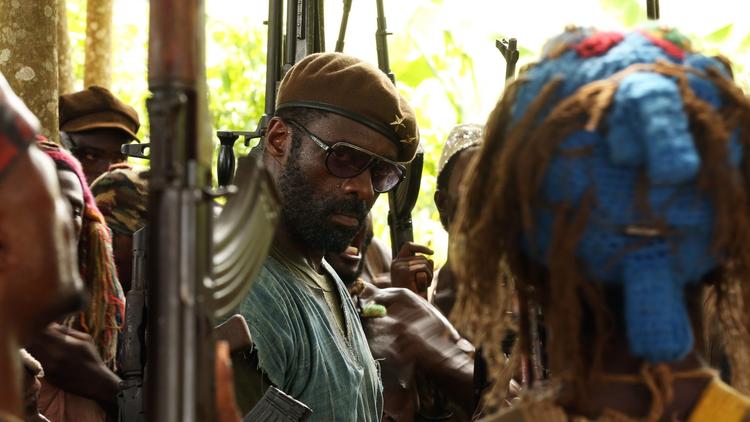 "Why the #OscarsSoWhite fuss matters": Mary McNamara offers her take at The Los Angeles Times.

“One could argue that there are plenty of films, and even more television series, offering a wider range of stories and characters than those nominated for Oscars, so who cares what the still-homogeneous body of voters, with its even narrower professional breakdowns, thinks? Hollywood cares. Hollywood cares, a lot. Why else would studios spend so much money on Oscar campaigns? Oscar nominations and wins are not a lifetime guarantee of success, but they certainly help recipients get the next job. More important, as the film industry is increasingly divided into popcorn spectacular and Oscar potential, each round of nominations and winners further solidifies the type of movies that will get made in the next year. As many people are quick to point out, Hollywood is not a federally funded arts council, it’s an industry. Studio executives choose films — and writers and stars and directors —that they believe will make money. Which means, if you follow one train of thought, the overwhelming white maleness of most films is not a social issue, it’s an economic reality. This is what the market will bear. Except, of course, it isn’t. Hollywood, like most industries, is cautious and repetitive, often looking to replicate the success of one film or another. It takes a lot to change the collective mindset, to convince those in the position to greenlight films, that broadening the template will be more profitable than faithfully following it.” 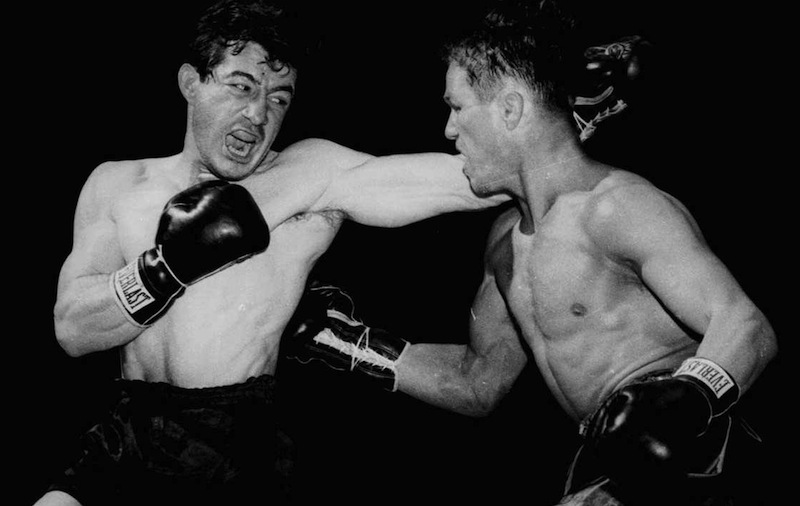 "How Rocky Graziano Became Boxing's Greatest Muse": According to Nathan Ward of The Stacks.

“Graziano had no trouble explaining his tremendous popularity with the public: ‘All this happens to me because I got a hard, fast right punch, because I’m a mean, wild bastard in the ring and a guy who likes everybody outside the ring.’ To the sportswriters of the 1940s, he was a gift: the most exciting middleweight since Stanley Ketchel, a former New York street hoodlum whose vivid life and brawling style could fill any editorial space as easily as his wars with Tony Zale packed ballparks. Looking back decades later on Graziano’s violent rise to the title, the sportswriter W.C. Heinz called it ‘An event that involved me as did none other among the hundreds I covered in sports.’ Before Down These Mean Streets or Manchild in the Promised Land—and long before his boyhood friend Jake La Motta’s Raging Bull—came perhaps the greatest of the New York street gang memoirs. Somebody Up There Likes Me (1955) is Graziano’s cornily-titled but harrowing survival story, tracing his journey from the East Side slums to the middleweight title by way of numerous protectories, reform schools and prisons. Written with Rowland Barber, the book is fantastically observed, by turns violent, funny and filled with rage, like the Rock himself, and competed for that year’s Pulitzer Prize.” 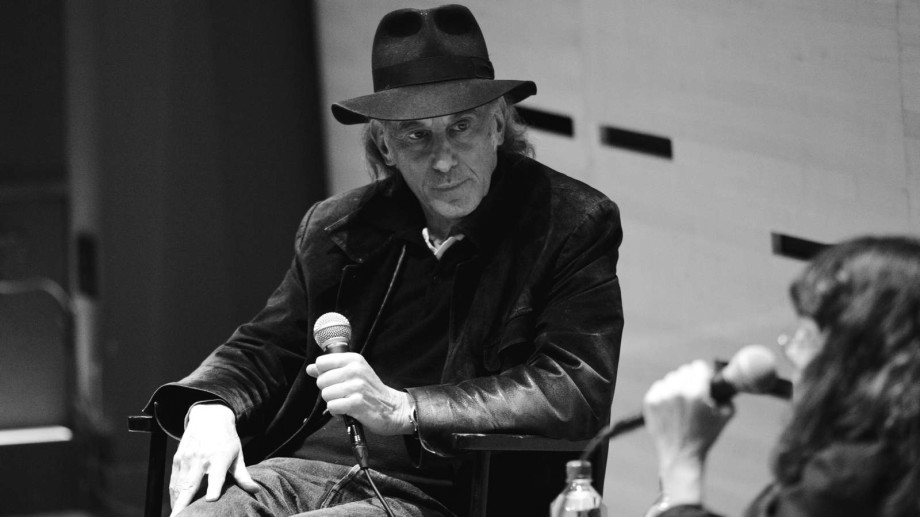 Ed Lachman, the Oscar-nominated cinematographer of "Carol," appears on The Close Up podcast posted by Michael Odmark on the Film Society of Lincoln Center site.

"Room" star Jacob Tremblay delivered one of the most adorable acceptance speeches in ages at the Critics Choice Awards.