Since her debut, Scarlett Johansson has been one of the most successful and acclaimed actresses of her generation. She has segued seamlessly from independent dramas and comedies to some of the biggest blockbusters of her era as a major player in the centerpiece franchise of the Marvel Cinematic Universe: “The Avengers.” At a young age, Scarlett Johansson has headlined more major motion pictures than arguably any of her peers and ended the ‘10s with a one-two punch of two of 2019’s most acclaimed films, “Jojo Rabbit” and “Marriage Story”. She also ended the decade the highest-paid actress in Hollywood.

Scarlett Ingrid Johansson was born on November 22, 1984 in New York City, half of a pair of fraternal twins (her twin brother is named Hunter, and she has two other full siblings and one half-sibling.) Johansson grew up in Greenwich Village, and was reportedly a theatrical child from a very young age. She auditioned, honed her craft at a young age, and appeared off-Broadway with one line in a play called Sophistry with Ethan Hawke before she was even a teenager.

At the age of only 9, Scarlett Johansson made her film debut in the notoriously panned “North,” one of Roger Ebert’s least favorite movies. She had regular role as a child actress, getting more and more attention with each part. Arguably her breakthrough role came in 1996’s “Manny & Lo” with Aleksa Palladino, which landed her an Independent Spirit Award at a very young age. Although most people probably first noticed Scarlett Johansson in Robert Redford’s “The Horse Whisperer” in 1998, for which the Chicago Film Critics Association, of which Roger Ebert was a BOD member, nominated Johansson for Most Promising Actress. 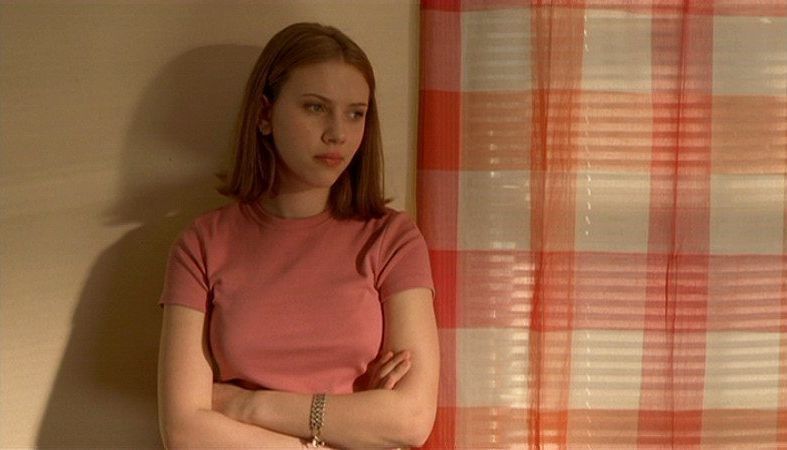 She really never looked back from there. 2001 was a major year for Scarlett Johansson, as she appeared in the Coen brothers’ “The Man Who Wasn’t There” and her true breakthrough critically, Terry Zwigoff’s “Ghost World” with Thora Birch and Steve Buscemi. She received nothing but praise and even took home her first critics prize (from Toronto) for Best Supporting Actress.

With a maturity beyond her years, Scarlett Johansson seemed to skip the awkward teen movies and twentysomething dramedies that often sunk her peers. By 2003, even though she was only 18, she was playing roles that felt adult in films like Sofia Coppola’s Best Picture nominee “Lost in Translation” and “Girl with a Pearl Earring,” – the pair landed Johansson her first BAFTA and Golden Globe nominations, and she won the GG for “Lost in Translation,” although was surprisingly shunned by the Academy. Still, this pair really put Johansson on the map.

She never stopped working from there, landing a consecutive Golden Globe nomination the next year for “A Love Song for Bobby Long,” and appearing in art films as well as an increasing number of Hollywood productions.

The next major turning point in the career of Scarlett Johansson came when she was cast in Woody Allen’s “Match Point,” reportedly replacing Kate Winslet in the role. Receiving widespread critical acclaim, Johansson won the Chicago Film Critics Association prize for Best Supporting Actress, and landed another Golden Globe nomination, but she again was snubbed by the Oscars.

Scarlett Johansson went on to work with major filmmakers like Michael Bay (“The Island”), Woody Allen again (“Scoop”), Brian De Palma (“The Black Dahlia”), Christopher Nolan (“The Prestige”), and Shari Springer Berman and Robert Pulcini (“The Nanny Diaries”). In 2008, she completed a trifecta of works with Allen by starring with Javier Bardem and Penelope Cruz in “Vicky Cristina Barcelona,” and even released her first album, Anywhere I Lay My Head, a collection of Tom Waits cover songs. 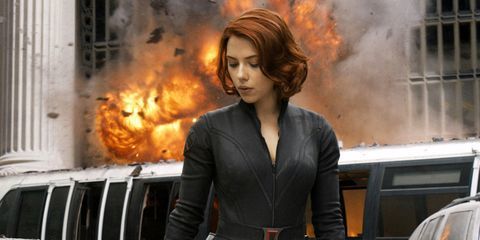 While the ‘00s were promising, Scarlett Johansson really went to another level in the ‘10s. She started by fulfilling a dream of appearing on Broadway, starring in a revival of Arthur Miller’s A View from the Bridge with Liev Schreiber, winning a Tony Award in the process.

That same year, Scarlett Johansson made her first appearance in the MCU, taking a supporting role in Jon Favreau’s “Iron Man 2,” a movie that received mixed reviews but helped launch the character of Black Widow into the public conscious. She would go on to play that character again in 2012’s “The Avengers,” 2014’s “Captain America: The Winter Soldier,” 2015’s “Avengers: Age of Ultron,” 2016’s “Captain America: Civil War,” 2018’s “Avengers: Infinity War,” 2019’s “Avengers: Endgame,” and 2020’s “Black Widow.”

In between putting on Black Widow’s tights, Scarlett Johansson made a mix of personal and commercial projects, including Cameron Crowe’s “We Bought a Zoo,” Sacha Gervasi’s “Hitchcock,” Joseph Gordon-Levitt’s “Don Jon,” Spike Jonze’s “Her,” and one of the most acclaimed films of the decade, Jonathan Glazer’s “Under the Skin.”

The fact that more people saw Scarlett Johansson as an action star due to her work in the MCU led to similar roles being offered to the actress. That meant turns in films like Luc Besson’s “Lucy” and the controversial “Ghost in the Shell” in 2017, based on the legendary anime. Whitewashing a distinctly Japanese product by casting a New York actress in the lead role led to some notable controversy. Johansson made controversial headlines the next year too when she was supposed to play a transgender woman in a film called “Rub & Tug” and expressed that she feels actors should be able to play any role. The subsequent controversy forced the film to fall apart. 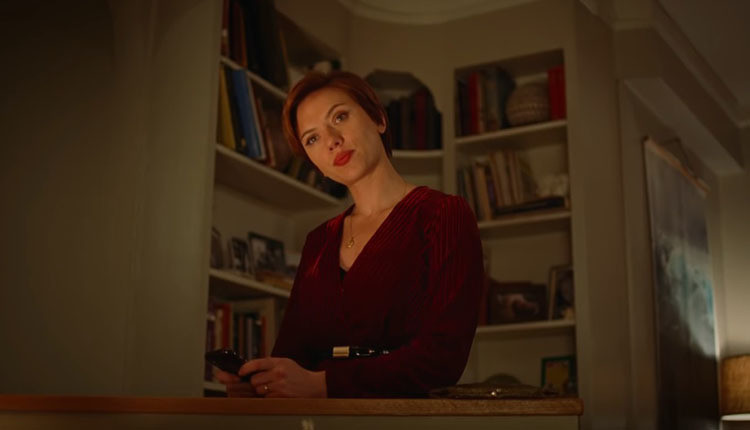 Other major roles in this era of her career include a reunion with the Coen brothers on “Hail, Caesar!,” another reunion with Favreau as the voice of Kaa in “The Jungle Book” and his personal project “Chef,” and voice work on both the family film “Sing” and the Wes Anderson project “Isle of Dogs.”

In 2019, riding the wave of the success of “Endgame,” Scarlett Johansson appeared in two of the biggest hits of festival season: Noah Baumbach’s “Marriage Story” and Taika Waititi’s “Jojo Rabbit.”

As for her personal life, Scarlett Johansson has been linked to co-stars like Josh Hartnett and Ryan Reynolds, to whom she was briefly married, but she ended the decade engaged to “Saturday Night Live” head writer Colin Jost.

From Guillermo and Gottfried to the Golden Arm, Ebertfest 2022 is Back in Full Swing

A sneak peek at numerous films set to screen at the 22nd Roger Ebert Film Festival, a.k.a. Ebertfest 2022.

We Can Sing Again: Nine Movie Musicals Coming Out in 2021

A preview of the next seven months of musicals hitting theaters and streaming services in 2021.

Beauty and the Beasts: On Director Jonathan Glazer

A look at the career of Jonathan Glazer on the 20th anniversary of Sexy Beast.

The latest on streaming and Blu-ray includes Bacurau, The Wild Goose Lake, and a Criterion edition of Marriage Story.

The Great Performances of 2019

Some of our favorite performances of the year.

Simon Abrams on our staff choice for the 7th best film of the 2010s, Jonathan Glazer's Under the Skin.

Under the Surface: Thomasin McKenzie on Jojo Rabbit

An interview with Thomasin McKenzie, star of Jojo Rabbit.

An extensive preview of the films being shown at the 55th annual Chicago International Film Festival.

This year’s festival was one of the strongest I’ve ever witnessed.

Highly anticipated titles like Knives Out, Harriet, Jojo Rabbit, and A Hidden Life will be coming to the Chicago International Film Festival next month.

The 20 Most Exciting World Premieres of TIFF 2019

On 20 major premieres from the Toronto Film Festival that we'll be covering over the next two weeks.

An overview of twelve films in the 2019 Venice Film Festival that get my thumbs-up vote.

A review of three premieres from Telluride.

The first wave of World Premieres announced for TIFF 2019.

How Domino Fits into the Brian De Palma Paradox

There’s something glorious about being freed from the confines of a pretty rote thriller and simply waiting for De Palma to uncork some rococo bit of violent suspense.

The Unloved, Part 61: The Predator

A review of Lukas Dhont's "Girl" from the 2018 Karlovy Vary International Film Festival.