Festivals are known for their share of difficult subject matter, but “Una” provokes more chair creaking from uncomfortable shifting than most. A movie about a young woman (Rooney Mara) who, 15 years later, confronts the former neighbor (Ben Mendelsohn) who sexually assaulted her when he was 13 will do that. It’s made all the more challenging by the fact that the movie goes where few do: it reveals the relationship between Una (Mara) and Ray (Mendelsohn) was consensual and they were in love.

The two actors provide tremendous—even brave—performances here, deftly navigating the complex emotions the characters are wrestling with internally and flinging at each other. But the hard work of the actors is undermined too often by the rest of “Una.” That comes partly in the handling of Ray’s over-stressing of “I’m not one of them” (i.e. a pedophile) and his justification, which teeters a little too much in seeming like it sympathizes with him. But mostly the sabotage comes in the way the movie plays out.

“Una” is adapted from the play “Blackbird” by David Harrower (who wrote the screenplay too) which, according to first-time director Benedict Andrews, sees the two characters squaring off in a single room. Where the film stumbles is taking the momentum generated by the actors (and required to give their face-off its power) and continually interrupting it through incessant flashbacks that add little to the proceeding, and a ridiculous subplot where Ray is repeatedly hiding in his workplace—where Una has confronted him—to avoid a boss and co-worker. It all leads to the feeling that when “Una” ends it’s somehow not enough, despite everything Mara and Mendelsohn gave to it. 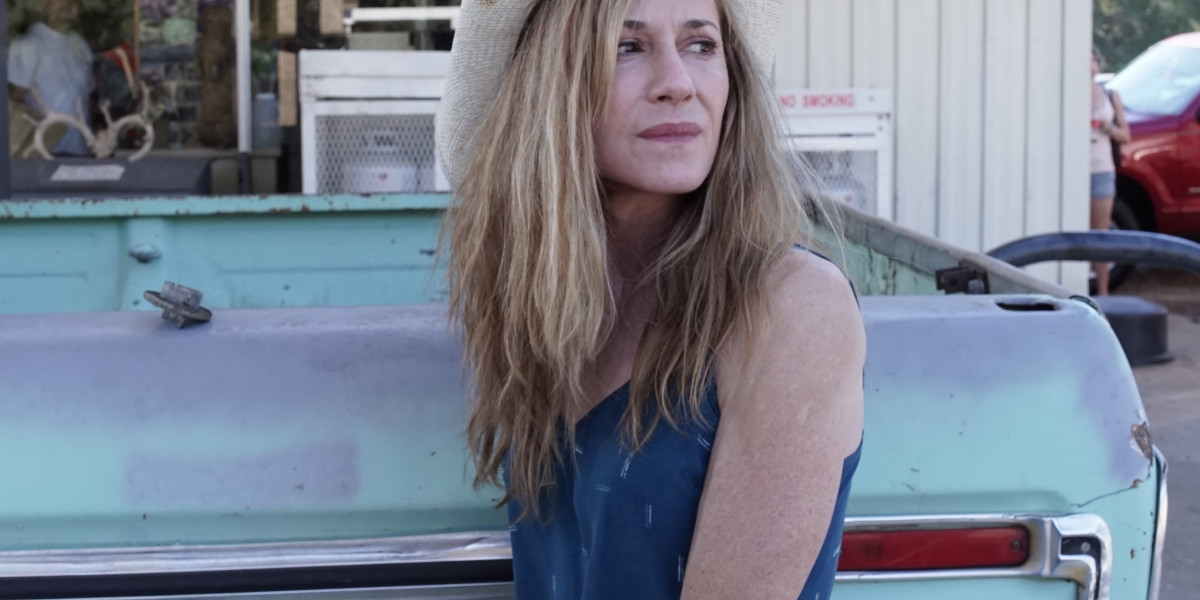 “Una” wasn’t the only film that lets the quality of its performance down. There’s also “Strange Weather,” which has a tremendously rich performance from the ever-dependable Holly Hunter. There’s a lot for her to dig into here, as she plays the free-spirited Darcy, haunted by the suicide of her son, Walker, seven years ago. It’s a wound that gets reopened when she discovers both a new clue about the day he shot himself and that, Mark, a former friend of Walker’s, has stolen her son’s business idea and made millions. So, she sets out on a road trip with her friend Byrd (the wonderful Carrie Coon) to both confront Mark and talk to those who were with Walker the day he died. The ensuing journey requires Hunter to portray grief, anger, humor, denial, epiphany—and she does it all with a grace and humanity that makes Darcy a wonderful character to follow.

The problem is “Strange Weather” doesn’t trust Hunter or its audience as much as it should. The character’s internal conflicts and the movie’s message are repeatedly spelled out in the script and said aloud by its characters. Byrd especially is given the thankless task of telling Darcy—but really us—things like “You’re stuck and you can’t see it” or “You think everybody who ever did you wrong is a monster. I just hoped by now there’d be a shade more gray in your world view.” Those lines play less like authentic tough love from a friend, and more like the film trying to yell its theme in our ear to make sure we’re getting it—right down to having Darcy at one point sit in front of a sign that reads, “In the long run, the hardest thing to do is find a way out” or having her deliver monologues to a voiceless character about her epiphanies. Of course Hunter nails the monologue, but it’s exactly the kind of moment that you realize the injustice it’s doing her performance—by not letting her show us what the movie insists she has to tell us. 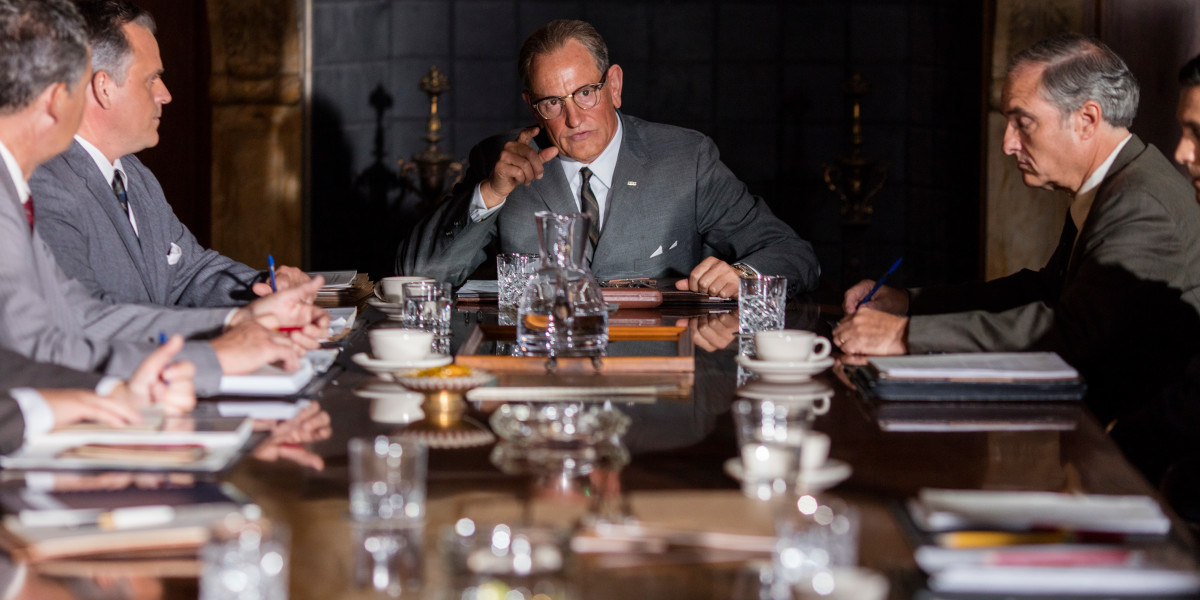 Rob Reiner’s “LBJ” does a little more justice to its lead performer, Woody Harrelson. Maybe even a little too much justice, given that the Lyndon B. Johnson here is full of what you might call Harrelsonian moments. Take for example, a scene where LBJ sits on a toilet with the door open and gives instructions to his aid while he wipes his derriere. It’s a moment one of the aids responds to with a whispered, “And he wonders why people don’t like him.”

Therein, believe it or not, lies one of the thematic hooks of this particular adaptation of the life of the 36th President of the United States. “LBJ” positions itself as an underdog story around a man whose “Rosebud” is that he is afraid nobody likes him. What Reiner’s film seems to want to do is indicate why those who disliked LBJ—notably a very bullying version of Bobby Kennedy—were wrong.

“LBJ” never lacks in a minimum standard of entertainment value, but it’s hard not to shake how much the director is in this man’s corner, nudging him along in a story that at times borders on hero worship—a political “Rudy.” Now, biopics are, of course, not obligated to present nuance in their portrayals, but “LBJ” proves why it’s advisable to do so. If you don’t, as an audience you begin to notice what’s being left out in an uncomplicated portrayal of a complicated life. The more a film like this paints in the positive spaces of history, the more you notice the negative space. In this case, Vietnam. “I don’t want to think about Vietnam,” LBJ says near the end of the film, and it’s basically Reiner’s defense for not doing so either. To him, this is a movie about Civil Rights and LBJ’s role with it. That’s fine, he’s allowed to do that. That still doesn’t change the fact that Rob Reiner’s film becomes something like a Frank Capra version of history, which—the more the movie goes on—gets harder and harder to overlook. 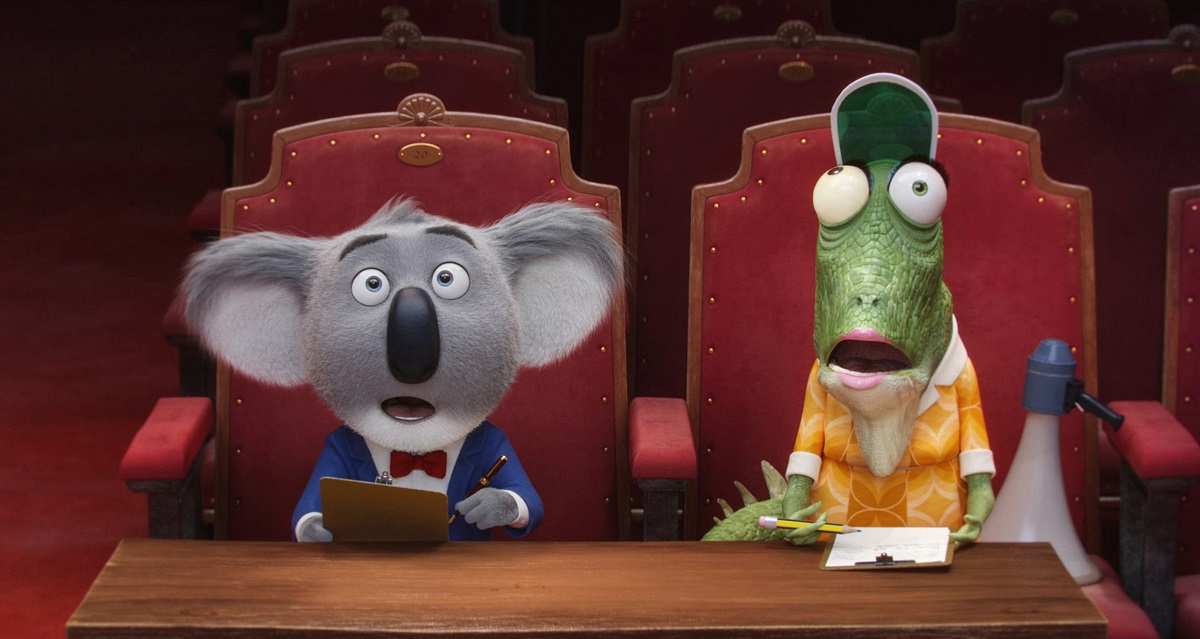 Full of big names like Scarlett Johansson, Matthew McConaughey, Reese Witherspoon and others, animated movie “Sing” comes from the creators of “Despicable Me,” which is to say it’s maybe not a movie you’d expect to be anyone’s favorite at a serious international film festival. Now is the moment I tell you with—with an emoticon shrug—that it was one of my favorite movies at a serious international film festival.

“Sing” is undoubtedly a movie for kids. It’s full of silly slapstick humor, cute little anthropomorphized animals, and a bevy of pop songs you’re probably sick of. It embeds all this in a movie about the owner of a failing theater who organizes an “American Idol”-style singing competition where everyday people get a chance to realize their long-held warbling dreams.

It’s pervasive message about the importance of following your dreams is great for the wee ones, though it may prove indigestible for any realistic (or cynical) adult. But it’s presented in “Sing” in such a sincere, good-hearted and well-meaning way, it becomes not entirely something that’s useless to hear as an adult slogging their way through responsibilities.

What’s more, “Sing” may not be a traditional musical—it’s more jukebox musical, albeit one that doesn’t go for the full run-time (but then again, neither does festival favorite “La La Land”). But it nonetheless embodies in its crowd-pleasing finale a lot of the spirit of old musicals: singing an exorcism of the emotions deep inside of you that need to get out. Seeing that done so joyously and o lacking in cynicism here can’t help but be infectious. The message is one worth hearing, even if it’s delivered by singing elephants, hedgehogs and mice.