"Lupe Vélez: The Tragic Fate of a Femme Fatale": AnOther Mag's Laura Havlin remembers a lost star of the silver screen.

“The anything-goes Jazz Age in Hollywood was the most golden of hedonistic times. Before the Production Code Administration was formed in the 1930s by outraged moralists clamping down on nudity, sex, violence and even the detailed description of crimes, cinemas were alight with passionate love affairs, compelling criminals and other miscellaneous sketchy conduct. But it was off screen that the stars and industry kingpins would truly let rip. At venues such as the infamous Garden of Allah – predating but adhering to the same exclusive hotel/private bungalow set-up of the Chateau Marmont – the likes of Errol Flynn and F. Scott Fitzgerald frequented the epicentre of parties, voracious libidos, drugs and alcohol. In fact, having lost himself to such an extent in this garden of earthly pleasures, Fitzgerald once wrote himself a postcard: ‘Dear Scott, How are you? Have been meaning to come in and see you. I have [been] living at the Garden of Allah. Yours, Scott Fitzgerald.’ A regular fixture on the Hollywood party scene in those days was a young Mexican actress named Lupe Vélez, who embodied the mood of the era. The fiery femme fatale was queen of the amour fou, and was often spotted with her dates at the Garden. In his cult gossip book Hollywood Babylon, Kenneth Anger wrote, vitriolically, that Velez would ‘flash her charms’ at parties, ‘always innocent of lingerie.’ Despite often being typecast in ethnic stereotypes that riffed on the hot-tempered Latin woman trope, Vélez brought her spirited personality and comic timing to movies such as ‘The Gaucho’ (1927), alongside Douglas Fairbanks and ‘The Wolf Song’ with Gary Cooper (1929). Later, she’d fall into B movies, but her exceptional charm and temperamental character made the films that earned the tiny five-foot star the moniker The Mexican Spitfire, into roaring commercial successes.” 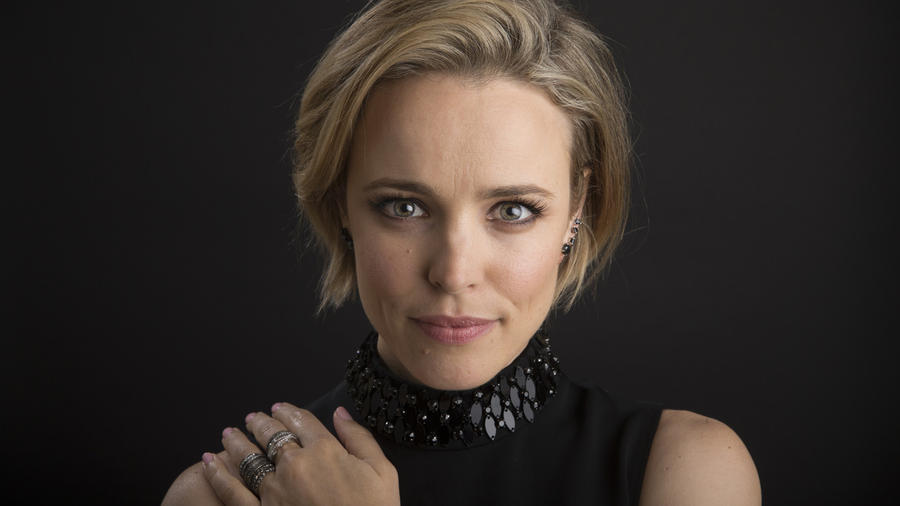 "Rachel McAdams does fame her way": A terrific interview conducted by Amy Kaufman of The Los Angeles Times.

“A decade ago, after she'd just starred in three huge hits in a row, ‘The Notebook,’ ‘Mean Girls’ and ‘Wedding Crashers,’ she was asked to pose on the cover of Vanity Fair. She was supposed to be photographed by Annie Leibovitz alongside two other beautiful and popular young actresses, Scarlett Johansson and Keira Knightley. But when she arrived at the photo shoot, she learned that the other women had agreed to pose nude. She did not want to take off her clothes, so she passed up the opportunity. ‘I didn't see any other way,’ McAdams says now, reflecting on the decision. ‘It wasn't something I could ever possibly see myself doing. I have no issues doing it for a part if it makes sense, if it's not gratuitous and I think it's adding to the story. But not as myself on the cover of a magazine about Hollywood's most powerful young women.’ After her turn as a beguiling ingenue in ‘The Notebook,’ studio executives branded her as the next Julia Roberts. She had that same huge smile and no-nonsense attitude; she was believable in commercial fare and indie dramas. And though she was private, she knew how to give fans just enough to maintain intrigue — famously running into then-boyfriend Ryan Gosling's arms for a dramatic lip lock while accepting Best Kiss prize at the MTV Movie Awards. But 10 years later, at 36, McAdams isn't Roberts. She's a busy working actress — often popping up on red carpets and non-Vanity Fair magazine covers — but not quite a movie star. In the past five years, she's worked with high-end directors like Woody Allen, Terrence Malick and Brian De Palma. This weekend, she has a brief but pivotal role in Antoine Fuqua's boxing drama ‘Southpaw,’ playing opposite Jake Gyllenhaal as a devoted wife who meets with a tragic fate that throws the athlete's life into chaos.” 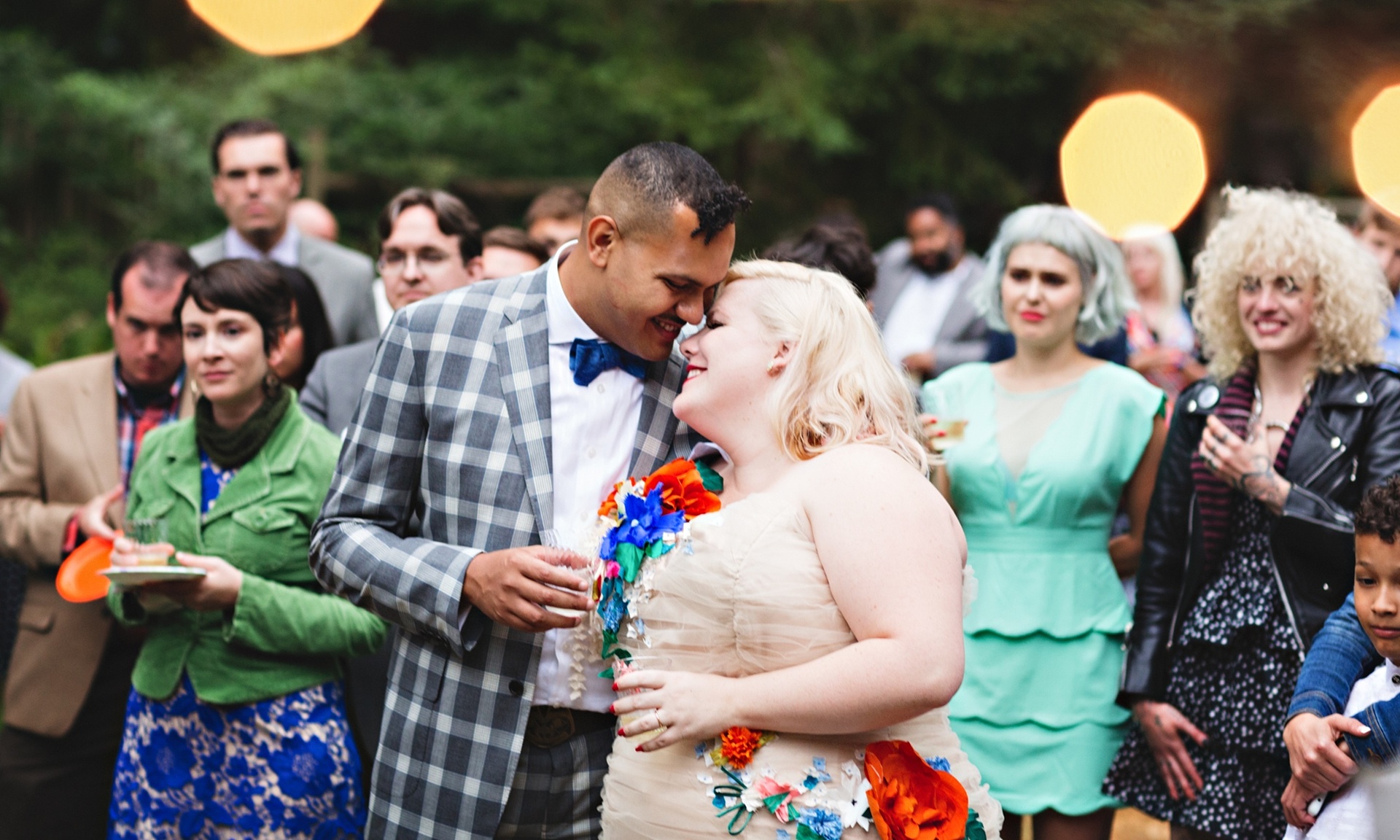 "My wedding was perfect—and I was fat as hell the whole time": A great, personal piece by Lindy West of The Guardian.

“As a fat woman, if you ask for help or guidance on almost any topic, what you inevitably hear is some version of ‘Take up less space.’ Diminish yourself. Feeling sick? Make your body smaller. Can’t find love? Make your body smaller. Undervalued at work? Make your body smaller. Can’t make your body smaller? Hide your body. Can’t hide your body? ‘Flatter’ your body (ie make it look smaller). Choose an empire waist. Cover your arms. Your body is too unattractive. Your body is too expensive. Your body is too unruly. We want to see less of you, or preferably none at all. ‘The first thing that a plus-size wedding dress must be in the eyes of the wedding-dress industry is ‘flattering,’’ says my friend and wedding planner Alithea O’Dell. ‘Their primary concern is to hide your body, which is just absurd when you think about how much inspiration and thought and talent goes into designing straight-sized dresses. Those dresses can be many things – a show stopper, glamorous, beautiful, delicate, sexy – before they are ‘flattering.’’ Well, I don’t hide any more in my everyday life, and I definitely wasn’t going to hide at my wedding.” 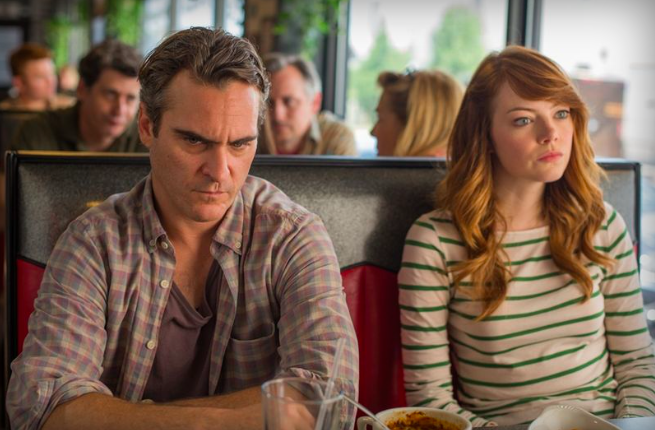 "'Irrational Man' and the incredible shrinking worldview of Woody Allen": Tasha Robinson, the invaluable critic formerly of The A.V. Club and The Dissolve, reviews the iconic director's latest film at The Verge.

“Maybe people are so willing to read latter-day Woody Allen movies as backhanded personal reflections on his life because it's so hard to know how to read them otherwise. Films like ‘Whatever Works,’ ‘Magic In The Moonlight,’ and ‘From Rome With Love’ are arch but not particularly funny, and straight-faced but not particularly serious. They're packed with philosophical quotations, references, and blather, but seem to lack an actual philosophy. There's a sense that Allen isn't playing tongue-in-cheek, so much as wedging his tongue randomly and experimentally into every other cranial orifice, just to see what happens. That mixture of self-importance and self-dismissing fluff is particularly pronounced in Allen's latest film, the grating shaggy-dog story ‘Irrational Man.’ The film seems divided against itself on a fundamental level: it announces its lack of sympathies with protagonist Abe Lucas in its title, then throws all its narrative sympathy in Abe's direction. Some critics have read the movie as reflecting Allen's public fight with adopted daughter Dylan Farrow in 2014, with The New York Times as forum and intermediary. ‘Irrational Man ‘has been read as the latest salvo in that battle, given its contemptuous view of the legal system and its focus, so familiar in Allen's films, on the overwhelming attraction younger women have for troubled older men. But while Allen's state of mind may have crept into the script, ‘Irrational Man’ hardly seems clear-headed enough to serve as any sort of manifesto. It feels telling, though, that while the film's protagonist is an unrepentant, cold-blooded killer, the movie's real villain for most of its runtime is the younger woman who has a crush on him, and won't take no for an answer.” 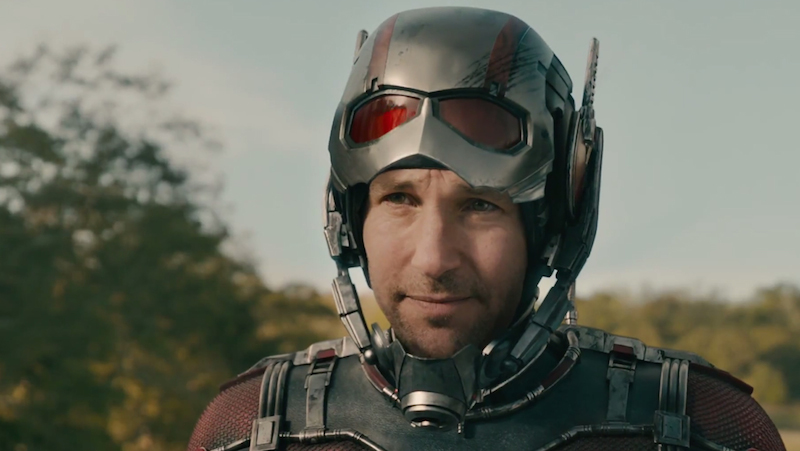 "'Ant-Man' continues Marvel's war on capitalism": According to The Washington Post's Alyssa Rosenberg.

“Last week, in a smart column about the reappearance of Hydra as the all-purpose villain in Marvel’s latest movie, Sonny Bunch noted ‘the Marvel Cinematic Universe is constructed in such a way that internal threats are far scarier than any outsider ever could be. Its villains are the military-industrial complex and those who prize safety and security over liberty and justice.’ Sonny’s conservative, but it falls to this progressive to take his point a step even further: ‘Ant-Man’ is just the latest Marvel to movie to suggest that unregulated capitalism in general, and arrogant tech titans in particular, are the real enemy. Let’s make a list of Marvel movies that address the connection between the military and the profits that flow from it, shall we? In the 2008 movie ‘The Incredible Hulk,’ the villains include a scientist who pushes ethical boundaries in the hopes of developing new medicines. In ‘Iron Man,; released that same year, the rivalry between Obadiah Stane (Jeff Bridges) and Tony Stark (Robert Downey Jr.) increased when Tony decides to get Stark Industries out of the very lucrative weapons business. The action in ‘Iron Man 2’ is driven by an intellectual property dispute, and by the rush of other companies to get the military business Stark Industries abandoned. In ‘Iron Man 3,’ the problem is now that Stark has rejected an investment opportunity, and done so in terms insulting to an inventor. And these are just the obvious villains driven by business deals.” 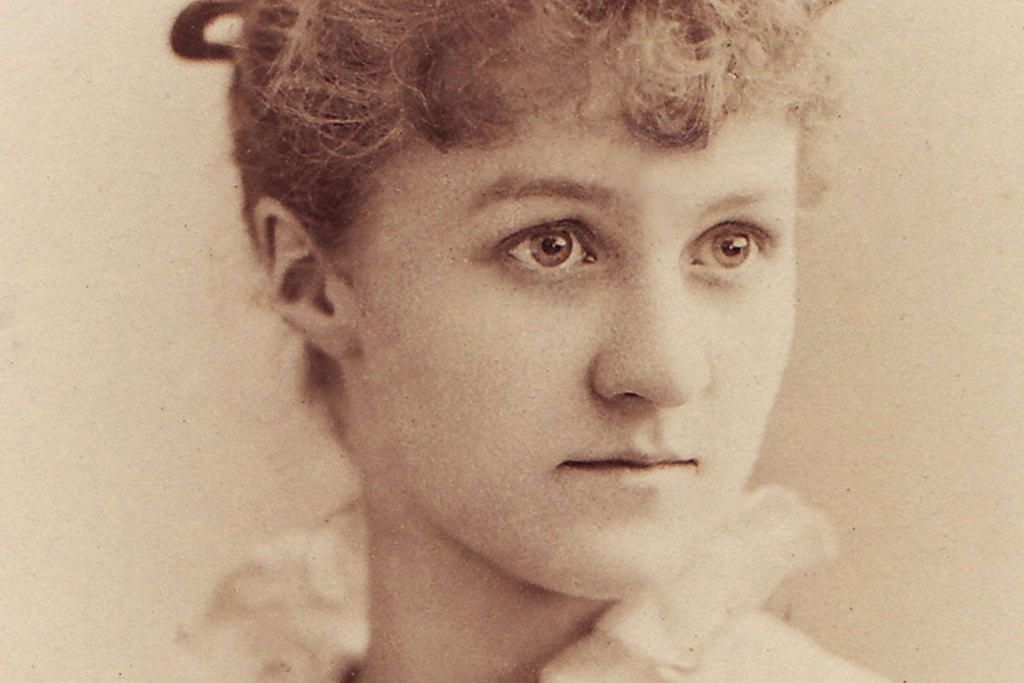