At the biannual D23 Expo, I saw more than one Jack Sparrow, and some lucky faithful saw the real deal. Johnny Depp made surprise appearances: First as a surprise honoree at the Friday morning Disney Legends Awards and then again at the Saturday morning live-action movie presentation.

Press seats for both were limited and not provided for RogerEbert.com. The line for the Legends Awards began the day before the expo opened, and in an unusual move, people were allowed to sleep over in Hall E. The official line began at 10 p.m. according to signs, but the line for the Saturday morning live-action presentation actually began at 8 a.m. on Friday morning. Those with extra cash and willing to pay for premium membership and tickets got special treatment and were seated before the waiting crowds to fill the 7,500 seats in the newly relocated D23 Hall.

This year, there was no overflow room where the surplus people could view the action live on a big screen. That led to more than one disgruntled die-hard local D23 fan to grumble. No live entertainment was provided for the crowds during the day and only the front few rows of waiting fans could see and hear the loop of Disney features playing on the row of drop down big screens in front of the waiting crowds. Saturday morning I was in the back two rows of the waiting throngs. Friday afternoon, I was in the front and waited for six hours. To wait over 24 hours to report on a presentation doesn't seem worthwhile. Below is information gleaned from the official press releases.

Bodenhimer retired from his role as Executive Chairman of ESPN in May 2014, and enjoyed a remarkable 33-year career that began in the company’s mailroom in 1981. Working his way through the ranks, he became executive vice president of sales and marketing in 1996, before being named the network’s fifth president in 1998. He held that role until 2012, when he stepped down from day-to-day operations.

Deja animated Gaston for "Beauty and the Beast," Jafar for "Aladdin," and Scar for "The Lion King". He has also brought life to heroes such as Hercules, Lilo ("Lilo & Stitch"), regal King Triton ("The Little Mermaid"), wise Mama Odie ("The Princess and the Frog"), and loveable Tigger ("Winnie the Pooh"). In 2007, he was awarded the prestigious Winsor McCay Award for his contributions to the art of animation. 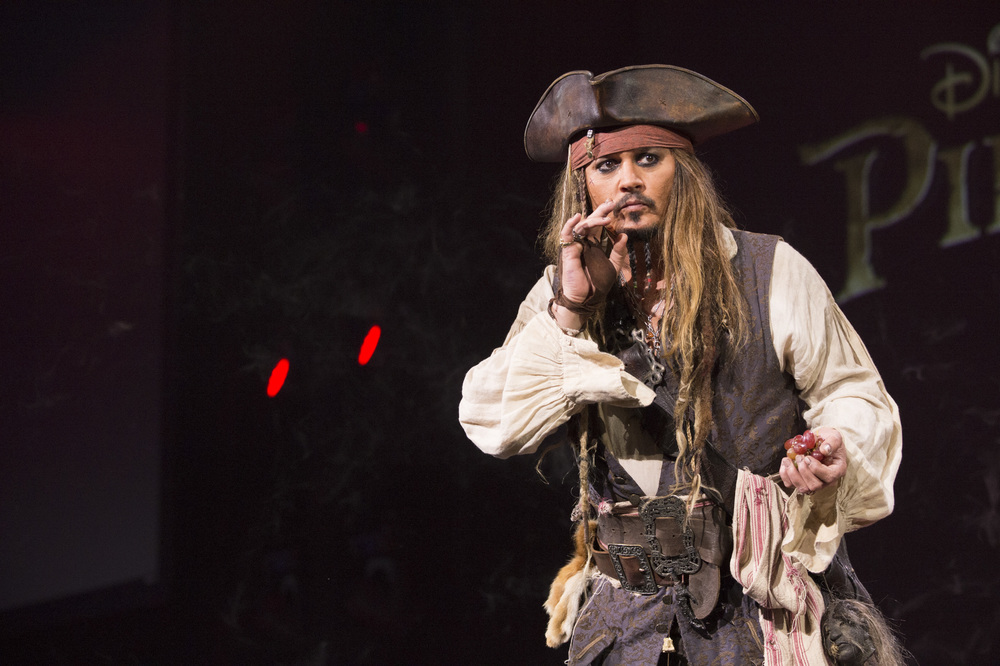 Earle brought his unique style to a number of memorable projects including the visual styling and backgrounds for the Disney classic "Sleeping Beauty." Earle’s career with Disney began in 1951, working on background artwork for "Peter Pan." He created the look of the 1953 animated short "Toot, Whistle, Plunk and Boom," which won an Academy Award® for Best Short Subject, Cartoons in 1954.

Elfman provided the songs and score for "The Nightmare Before Christmas," as was the singing voice of Jack Skellington. He also scored several Disney films including "Alice in Wonderland," "Avengers: Age of Ultron," and "Dick Tracy." Elfman also wrote the theme for ABC’s "Desperate Housewives" and penned the music for the "Mystic Manor" attraction at Hong Kong Disneyland. His upcoming Disney projects include "Alice in Wonderland: Through the Looking Glass."

Lucci played Erica Kane on ABC’s soap opera "All My Children" for 41 years, a role that earned Lucci 21 Daytime Emmy® nominations. She won the Emmy for Best Actress to an industry-wide standing ovation on her 19th nomination. The actress has also appeared on ABC’s "Dancing with the Stars" and "Hope & Faith," as well as Disney Channel’s "That’s So Raven." Lucci currently stars in the Lifetime series, "Devious Maids," produced by ABC Studios, as the wealthy socialite, Genevieve Delatour.

Van Osten brought Disney characters to life in a variety of media, all around the world, for three decades. During Van Osten’s tenure, he oversaw creative content for motion picture tie-in advertising, many Disney publications, and also established some of the first licensing style guides for Disney Consumer Products. The talented artist designed logos for Mickey Mouse’s 50th and 60th birthdays, the Walt Disney Studios logo and water tower design, and the Disneyland Hotel clock tower “Mickey” logo in Paris.

Each honoree received a two-foot-tall bronze Disney Legends sculpture that signifies the imagination, creativity, and magic they have brought to the company. Disney Legends Award recipients will also participate in a handprint ceremony at the end of the event, and their bronzed prints will be displayed in the Disney Legends Plaza at the Company’s Burbank headquarters. 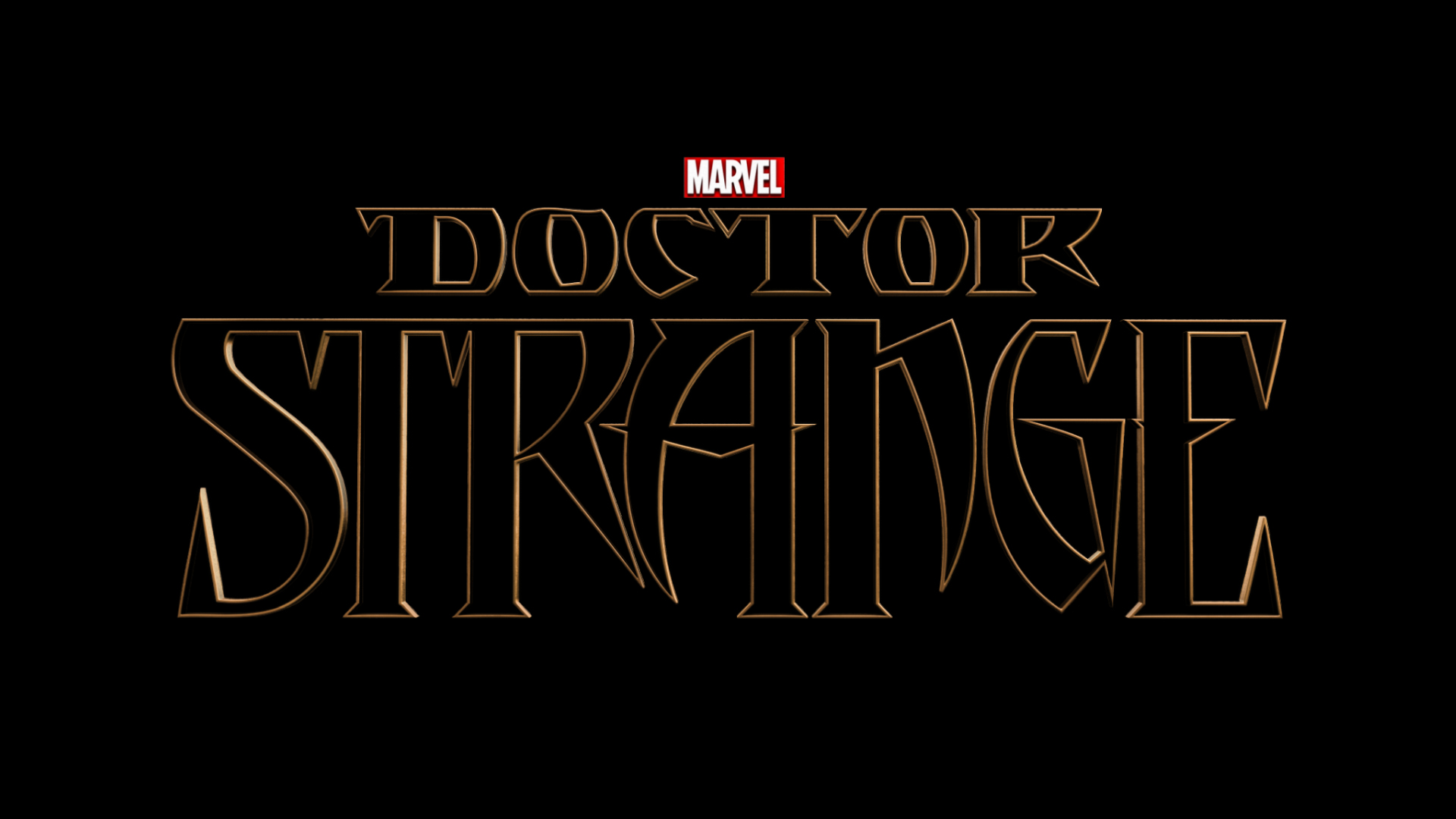 On Saturday morning, the diehard Disney fans willing to camp out or pay big bucks were able to see the Disney, Marvel Studios and Lucasfilm presentations of coming live action films. Walt Disney Studios Chairman Alan Horn hosted and surprise guest appearances were made by Depp and Harrison Ford.

“It’s quite something to be able to have Disney, Marvel and Lucasfilm all on the same stage, and it’s tremendously gratifying to unveil our upcoming projects to our most dedicated fans first,” said Horn. “We always have an incredible time at the D23 EXPO.”

Marvel’s “Captain America: Civil War” picks up where “Avengers: Age of Ultron” left off, as Steve Rogers leads the new team of Avengers in their continued efforts to safeguard humanity. After another international incident involving the Avengers results in collateral damage, political pressure mounts to install a system of accountability and a governing body to determine when to enlist the services of the team. The new status quo fractures the Avengers while they try to protect the world from a new and nefarious villain.

Presented in Digital 3D™, Real D 3D and IMAX® 3D, the film, which is directed by Craig Gillespie and also stars Casey Affleck, Ben Foster, Holliday Grainger, John Ortiz and Eric Bana, transports audiences to the heart of the action, creating a fully-immersive cinematic experience on an epic scale.

“The Finest Hours” is produced by Jim Whitaker and Dorothy Aufiero and Doug Merrifield is the executive producer. The film is based on the book by Michael J. Tougias and Casey Sherman and the screenplay is by Scott Silver and Paul Tamasy and Eric Johnson. “The Finest Hours” storms into U.S. theaters on January 29, 2016.

Based on Rudyard Kipling’s timeless stories and inspired by Disney’s 1967 animated classic, the film features state-of the-art technology that immerses audiences in the lush world like never before. “The Jungle Book” also features the voices of Bill Murray, Idris Elba, Scarlett Johansson, Giancarlo Esposito and Christopher Walken. Jon Favreau and Brigham Taylor produce and the screenplay is by Justin Marks. “The Jungle Book” hits theaters in stunning 3D and IMAX 3D on April 15, 2016. 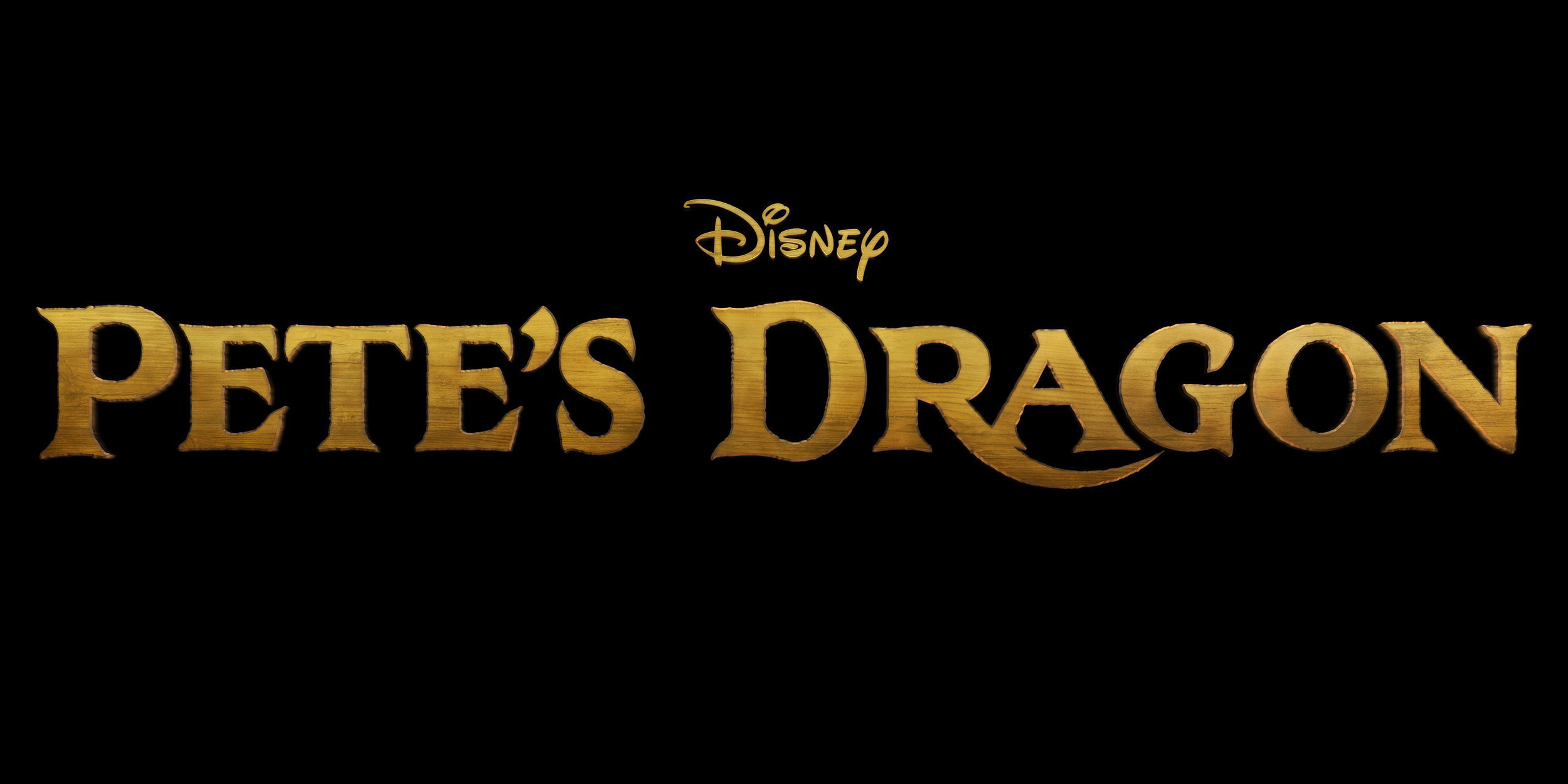 Joe Roth, Suzanne Todd and Jennifer Todd, and Tim Burton produce and John G. Scotti is the executive producer. The screenplay is by Linda Woolverton. Presented in Digital 3D™, Real D 3D and IMAX® 3D, Disney’s “Alice Through the Looking Glass” opens in U.S. theaters on May 27, 2016.
Advertisement

Thrust into an all-new adventure, a down-on-his-luck Captain Jack Sparrow finds the winds of ill-fortune blowing even more strongly when deadly ghost pirates led by his old nemesis, the terrifying Captain Salazar (Bardem), escape from the Devil's Triangle, determined to kill every pirate at sea. Captain Jack must find the legendary Trident of Poseidon, a powerful artifact that bestows upon its possessor total control over the seas. 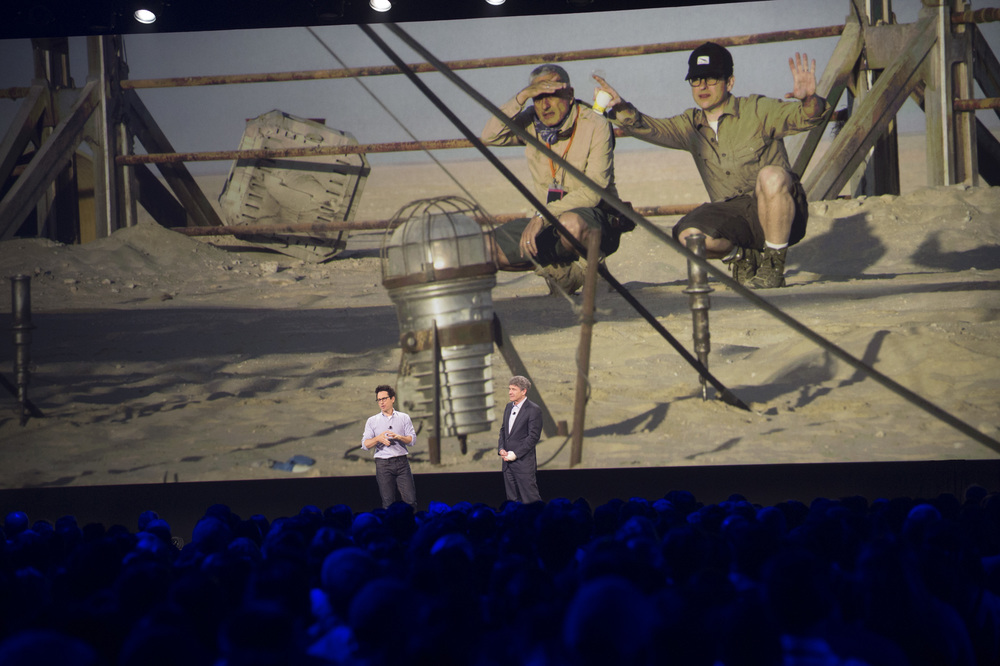 Moving on to the new Star Wars stories series, Horn touched on the “Untitled Han Solo” stand-alone film, slated for release on May 25, 2018. The film will be directed by Christopher Miller & Phil Lord, with Lawrence Kasdan and his son Jon Kasdan writing the screenplay.

The cast includes Felicity Jones, who was nominated for an Academy Award® for her leading role in “The Theory of Everything”; Diego Luna, who was featured in 2008’s Oscar®-winning “Milk”and the critically acclaimed “Killing Them Softly”; Ben Mendelsohn, recently nominated for an Emmy® for his leading role in “Bloodline” and co-starring in the upcoming “Mississippi Grind”; Donnie Yen, Hong Kong action star and martial artist who starred in “Ip Man” and “Blade II”; Jiang Wen, who co-wrote, produced, directed and starred in the award-winning “Let the Bullets Fly” and “Devils on the Doorstep”; Forest Whitaker, recently featured in the critically-acclaimed Lee Daniels’ “The Butler” and winner of an Academy Award® for his leading role in 2006’s “The Last King of Scotland”; Mads Mikkelsen, who starred in “The Hunt” and was the memorable villain from 2006’s “Casino Royale”; Alan Tudyk, who plays a performance-capture character in “Rogue One,” stars in the soon-to-be-released “Con Man” series and “Trumbo,” which releases this November; and Riz Ahmed, who was recently featured in “Nightcrawler” and starred in the BAFTA-winning film “Four Lions.”

The film is produced by Kathleen Kennedy and is slated for a December 16, 2016 release.

Other Star Wars-related announcements at D23 Expo were four Star Wars-design Visa credit cards from Disney which unlock special Star Wars related perks from Disney and Chase and Disneyland and Disney World will have major expansions to include a specifically Star Wars-themed lands. These will be the largest single themed land expansions, requiring 14 acres each. The plans include the creation of a never before seen plant and a remote trading port.

The Star Wars-themed park will have two signature attractions: a battle experience and one that puts guests behind the controls of the Millennium Falcon.

The partnership between Disney and Lucasfilm dates back to 1987, when the Star Tours attraction opened at Disneyland. The attraction was then redesigned, emerging as “Star Tours – The Adventures Continue” in 2011 and featuring more than 50 different story outcomes and the possibility to visit five different planets.