The 86th Oscar nominations are in. Months of speculation are over and we now await another six weeks of speculation, bad-mouthing, campaigning and flip-flopping. Nothing will make someone dislike a movie more than they actually do faster than the Academy Awards. This is all half-empty stuff though as there is still plenty to celebrate today in the world of film. Movies we believe to be the best have a chance to have those opinions cemented in award history. Others, by their absence, will draw greater appreciation over time.

Of all the acting nominations announced, the biggest surprise has to be Jonah Hill for "The Wolf of Wall Street". Through awards season he had received, by far, the least support amongst the critics and major award shows, garnering only nods from the Central Ohio and North Carolina critics. Fellow Supporting Actor nominee Bradley Cooper ("American Hustle") received just a bit more support than Hill, but has done it amongst more notable groups. Despite not a single nomination from any regional critic groups over the long season, Cooper received nods from the Golden Globes, the Broadcast Film Critics Association and BAFTA and is now an Oscar nominee for the second year in a row. 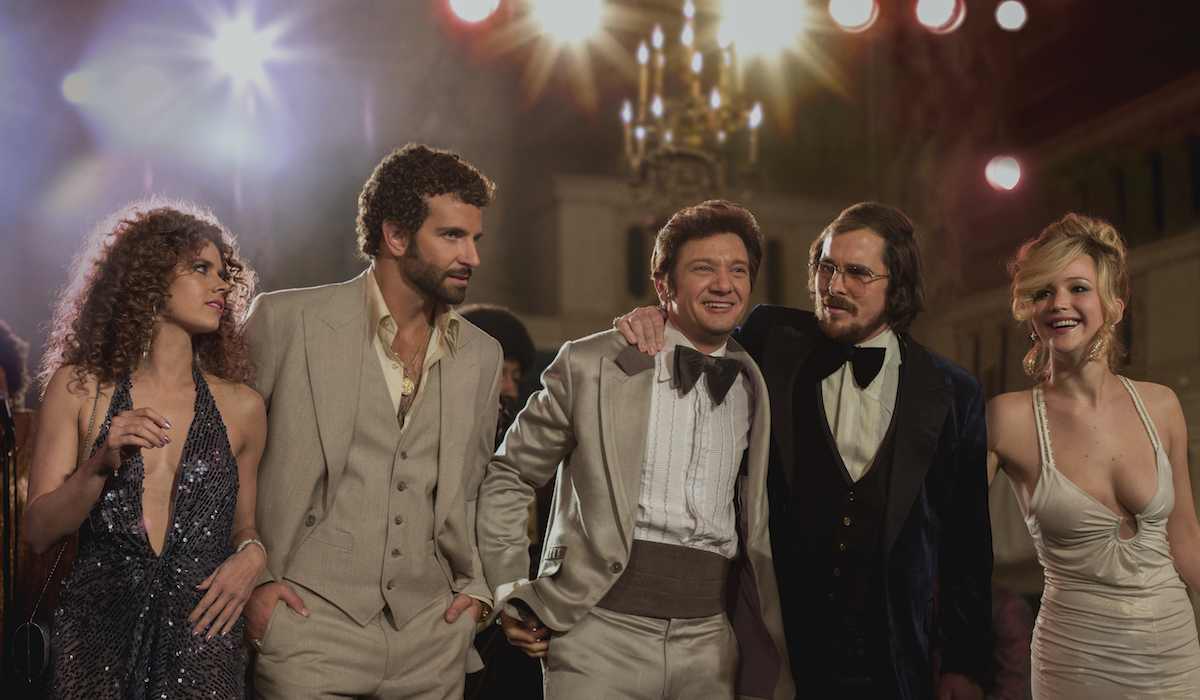 "American Hustle" is the second straight film from Russell to garner four acting nominees. "Silver Linings Playbook" did it last year (including nods for Bradley Cooper and Jennifer Lawrence) and that was the first time since Warren Beatty's "Reds" in 1981.

All of the other acting nominees were considered either locks or the very likely replacements for their counterparts. In the Best Picture category, Harvey Weinstein struck again. While many pundits felt this was going to be the first time since 2007 that he wasn't going to be up for the big prize, "Philomena" found its way into the top nine, pushing out more highly favored titles like "Inside Llewyn Davis", "Saving Mr. Banks" and "Blue Jasmine". Consequently, "Lee Daniels' The Butler" (completely shut out by the Academy) is the first Weinstein Co. release to gross over $100 million at the box office and not get a Best Picture nomination. The Oscars ended up matching 8 of the Producers Guild's 10 nominees for the second year in a row. 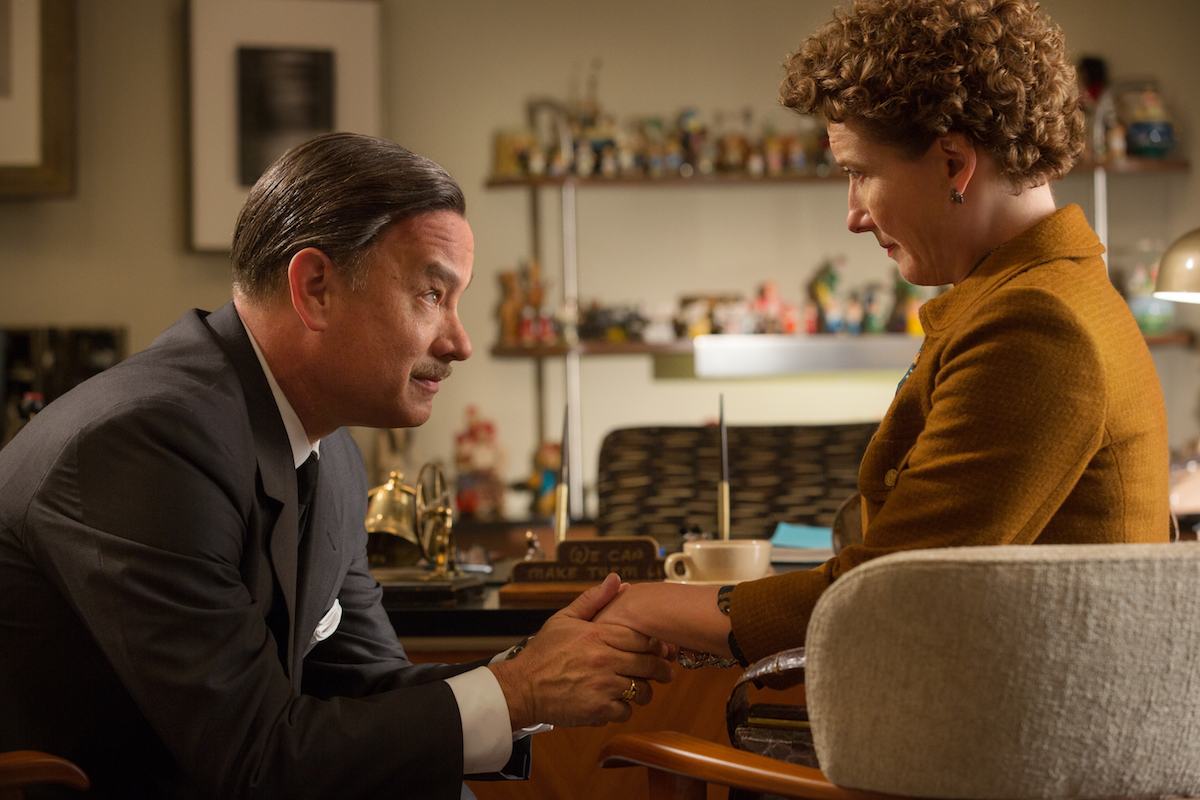 What is the biggest one of the bunch? Who was the assumed lock that didn't hear their name called? Probably the co-stars of "Saving Mr. Banks". "Captain Phillips" received six nominations but nothing for Tom Hanks or director Paul Greengrass, each nominated by the Screen Actors Guild and the Directors Guild, respectively. The Best Actor field was so crowded this year that the Academy could have just shuffled seven performances and come out with a list of five that would not be heavily debated.
Advertisement
Robert Redford was left off the final list as well for "All is Lost", which received a single nomination for Sound Editing but nothing for Alex Ebert's score. That makes the first music score to win the Golden Globe but not be nominated for an Oscar since 1999's "The Legend of 1900".

Hanks' Banks co-star, Emma Thompson also likely finished 6th in the voting as she wound up as the big Actress snub while many figured it would be Meryl Streep. Banks received a single nomination for Thomas Newman's score. Thompson, the National Board of Review choice for Best Actress to help kick off the season, received more nominations amongst the critics and guilds than nine of the twenty acting nominees.

The saddest snub of the bunch has to James Gandolfini, who would have been the 9th actor in history to receive a posthumous nomination. Alas both he and "Enough Said" can be enjoyed now on DVD, but will only be mentioned during the In Memoriam on March 2. A category where the numbers favored both him and "Rush"'s Daniel Brühl to be amongst the nominees turned out to be the hardest one to lock down. Since 2003, when an actor or actress received nominations from SAG, the Globes, BAFTA and the BFCA, their record was 93-2 in getting an Oscar nod. That stat favored 13 people this year, including both Brühl and Thompson, each of whom were snubbed.

Other incredibly disappointing omissions were the Coen Bros.' "Inside Llewyn Davis" receiving only a pair of technical accolades; a number shared by both "Lone Survivor" and "The Lone Ranger" (for makeup and visual effects.) Scarlett Johansson's oversight for her voiceover work on "Her" will be the most talked about omission for such a feat since Robin Williams' omission for "Aladdin" in 1992. Sarah Polley's extraordinary documentary, "Stories We Tell", also fell victim to voter snub in favor of the much less respected, "Dirty Wars". Polley was in Chicago with her film as the opening night selection for the first ever Chicago Critics Film Festival, which also played Daniel Sousa and Dan Golden's "Feral" which was nominated for Best Animated Short Film.

- Spike Jonze, nominated for writing "Her", co-starred in films by his fellow directing nominees Martin Scorsese ("The Wolf of Wall Street") and David O. Russell ("Three Kings"). He is also a producer on Best Makeup nominee, "Jackass Presents: Bad Grandpa". 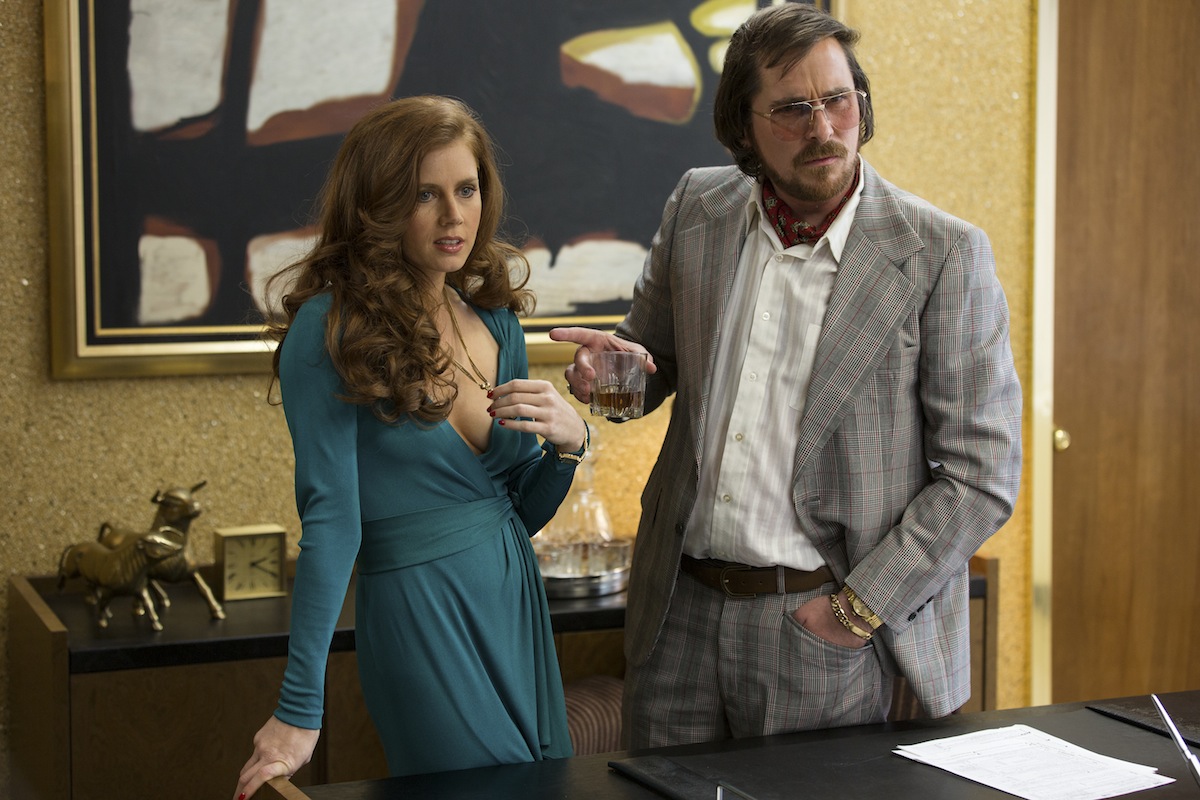 - 5-time Oscar nominee Amy Adams is the only one up for Best Actress to have not won the golden statuette yet.

- In the music categories, both U2 and Arcade Fire are Oscar nominees for song and score, respectively. U2 was nominated before for their song in Scorsese's "Gangs of New York". Composer John Williams received his 48th Oscar nomination for his score of "The Book Thief". And if anyone has ever heard of or seen "Alone Yet Not Alone", which was nominated for its Original Song, "Alone Yet Not Alone", please raise your hand. Nobody?

- "12 Years a Slave"'s Chiwetel Elijofor had his first feature role in Steven Spielberg's "Amistad", the story about a slave ship revolt and the trial of the once free man who led it; a film which also co-starred his biggest challenger for Best Actor, Matthew McConaughey.

- They are not the only nominees to co-star in a Spielberg film. 2002's "Catch Me If You Can" featured Leonardo DiCaprio and Amy Adams. Also Tom Hanks.

- 6-time nominee Cate Blanchett and 7-time nominee Judi Dench were both co-stars and Oscar nominees for 2006's "Notes on a Scandal". 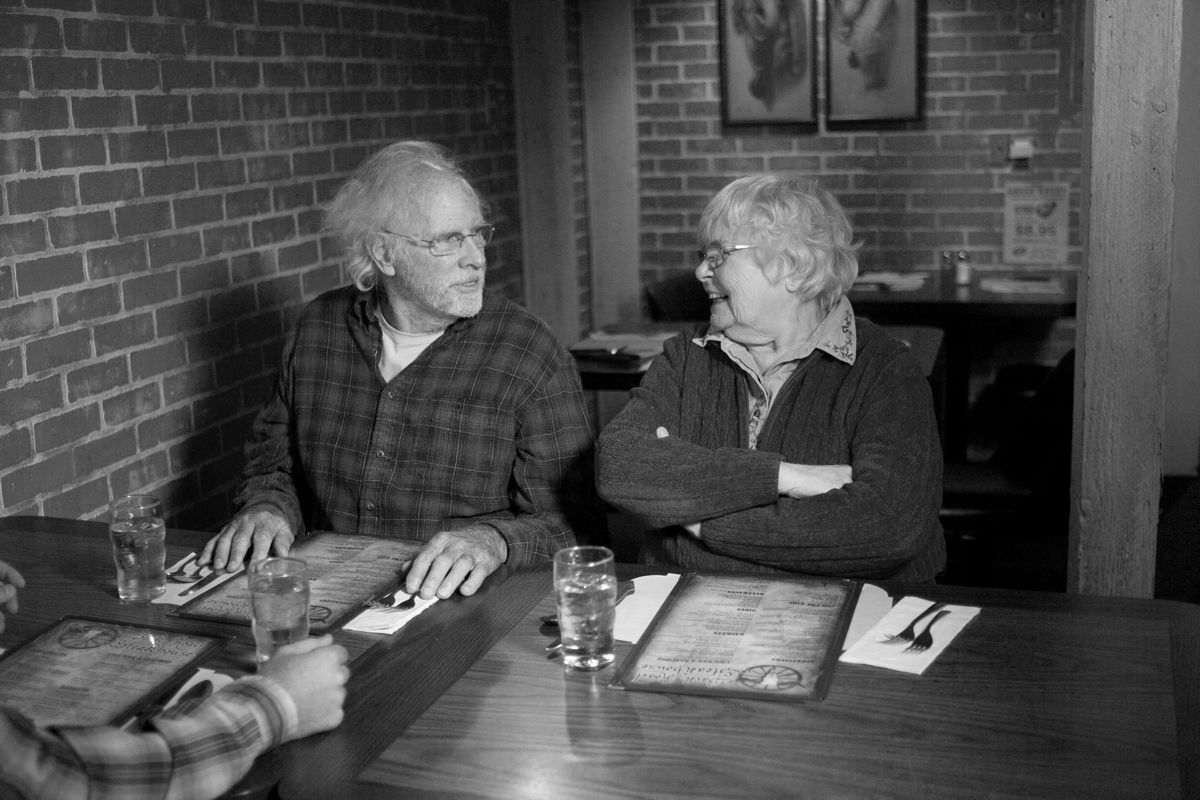 - This is only Bruce Dern's second Oscar nomination. His first was for Supporting 35 years ago for "Coming Home". Further shame that Tom Hanks was not nominated, as the two were co-stars in Joe Dante's "The 'Burbs" which celebrates its 25th anniversary on Feb. 17.

- First-time nominee June Squibb had her first film role in Woody Allen's "Alice" and played a maid in Martin Scorsese's "The Age of Innocence".

- Cinematographer Roger Deakins is now an 11-time nominee for his work on "Prisoners". He has yet to win an oscar. Deakins has shot every Coen Bros. film since "Barton Fink" except for "Burn After Reading" and this year's "Inside Llewyn Davis". Bruno Delbonnel is nominated this year for "Llewyn" and Emmanuel Lubezki, nominated for "Gravity", was the cinematographer on "Burn After Reading".

- Best Actor nominees Matthew McConaughey and Christian Bale co-starred as dragon fighters in the post-apocalyptic world of "Reign of Fire".

- For the second year in a row, an actor was nominated for their first role of any kind. Barkhad Abdi ("Captain Phillips") this year and Quvenzhané Wallis ("Beasts of the Southern Wild") in 2012. Lupita N'yongo was on a TV miniseries but "12 Years a Slave" is her first feature film as well.

Stay tuned for more coverage in the weeks leading up to the Oscar telecast on March 2.