It’s difficult to think of anyone who had a better decade than Adam Driver did in the 2010s. Reminiscent of Al Pacino’s critically acclaimed output in the ‘70s, Adam Driver worked non-stop, and he seemed to intentionally work with some of the most essential directors still behind the camera. Looking at his resume just from 2011 to 2019 is almost overwhelming. In just the span of eight years, he collaborated with the Coen brothers, Martin Scorsese, Spike Lee, Clint Eastwood, Noah Baumbach, Jim Jarmusch, Steven Soderbergh, Steven Spielberg, and Terry Gilliam, among others. And this is after making his film debut in 2011.

On top of all of this, Adam Driver became a legend by playing Kylo Ren in the new Star Wars trilogy: “The Force Awakens,” “The Last Jedi,” and “The Rise of Skywalker.” And he did all of this while co-starring on HBO’s “Girls” from 2012 to 2017, earning three consecutive Emmy nominations for his work there. As of the time of this writing, he has one Oscar nomination, although a second is almost certainly coming for his highly acclaimed work in “Marriage Story.” And he found time to get a Tony nomination and get married this decade too. One can only imagine what he will accomplish in the 2020s.

Adam Driver was born in San Diego, California on November 19, 1983, although he moved to Mishawaka, Indiana when he was only seven, attending Mishawaka High School in the Midwestern state. He worked odd jobs as a teenager and then applied for Juilliard, but was denied acceptance, and so being 17 when the attacks of 9/11 happened, he decided to serve his country. Adam Driver joined the United States Marine Corps and served almost three years before being medically discharged. He was a Lance Corporal at the time, and he actually went back to Juilliard, accepted this time. The rest was history.

After graduating from the famous New York school, Adam Driver went to work on stage in the city that never sleeps. Stage work at the time included a run in a revival of Tony Kushner’s Angels in America, and productions of Man and Boy and Look Back in Anger. Then the film roles started to pour in. 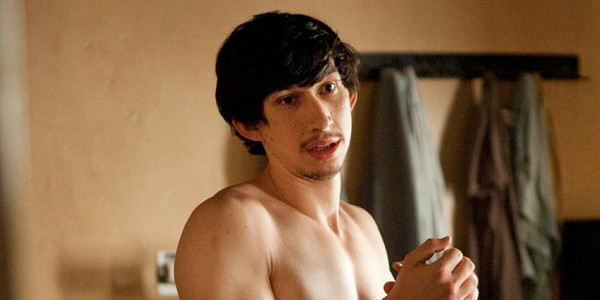 Adam Driver was cast in the Lena Dunham project “Girls,” immediately making an impact, and he parlayed this new notoriety into non-stop work. He had small roles in Clint Eastwood’s “J. Edgar” and Steven Spielberg’s “Lincoln,” and then formed a working relationship with Noah Baumbach on “Frances Ha” that would continue to “While We’re Young,” a cameo on “The Meyerowitz Stories,” and the writer/director’s best film, “Marriage Story.” Arthouse and indie hits like “Bluebird,” “Inside Llewyn Davis,” “Hungry Hearts,” and “This is Where I Leave You” followed. In 2013, he married actress Joanne Tucker. The two have a son, and they co-founded a non-profit organization called Arts in the Armed Forces in 2006.

While the first half of the decade was incredibly promising, everything amped up a degree in the second half for Adam Driver. He became a household name in 2015 when Disney released the long-awaited “Star Wars: The Force Awakens,” directed by J.J. Abrams, and the seventh film in the legendary series started by George Lucas with “Star Wars: A New Hope”. As the villainous Kylo Ren, Driver crafted a new kind of Star Wars bad guy, and his character would become one of the most fascinating and popular new characters in any franchise in the decade. Alongside Daisy Ridley and John Boyega, Adam Driver reached an entire new fanbase with the series of blockbuster films. 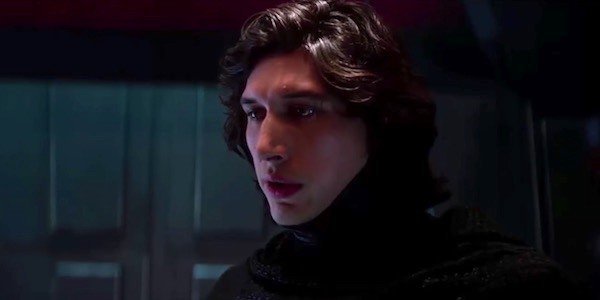 And yet he did not give in and only do blockbusters from here on out as a lot of other actors would. If anything, he parlayed the paychecks from Lucasfilm into an ability to even more daring, auteur-driven roles. The next year, Driver appeared in Jeff Nichols’ critical darling “Midnight Special” with Michael Shannon, and, at the end of 2016, Martin Scorsese’s passion project “Silence.” In that film, Driver pays Father Francisco Garupe, a Jesuit priest captured by the Japanese in the 17th century. Co-starring alongside Andrew Garfield and Liam Neeson, Driver lost almost 50 pounds for the physically demanding role.

As if two critical darlings wouldn’t be enough for one year, Adam Driver got the best reviews of his career for Jim Jarmusch’s “Paterson,” which premiered at Cannes and then opened at the very end of 2016. As a poetry-writing bus driver, Driver found a believable grace in the life of an ordinary man. He won the Los Angeles Film Critics Association prize that year for Best Actor, and it remains one of his best performances to date. It was also one of several films starring Driver, including “Inside Llewyn Davis,” “BlacKkKlansman,” and “Silence” to be named one of the Best Films of the Decade by the staff of RogerEbert.com. 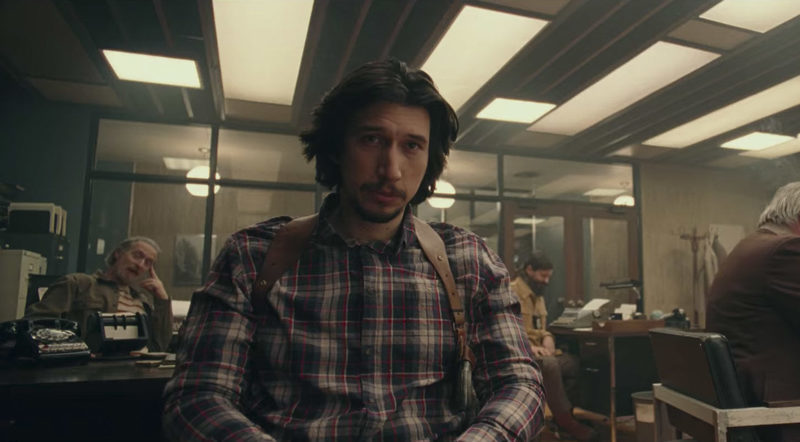 His first Academy Award nomination would come for his next film, Spike Lee’s “BlacKkKlansman,” in which Adam Driver plays Phillip Zimmerman, a Jewish man forced to infiltrate the Ku Klux Klan. In the film based on a true story, Driver does so much with the role that other actors would never even consider, and critics saw how an already talented actor was getting even better.

With all that success, the final year of the decade was the best of Adam Driver’s career. To start, the long-delayed “The Man Who Killed Don Quixote” was finally released to good reviews. He appeared in “The Report,” which Amazon bought out of Sundance, and then took time out to appear on Broadway in Burn This, for which he netted a Tony nomination. He had another Cannes debut when he reunited with Jim Jarmusch on “The Dead Don’t Die,” and then topped it  all off with “Marriage Story” and “Star Wars: The Rise of Skywalker,” arguably the most critically acclaimed and commercially successful films of the year.

A tribute to the star of Something Wild, Narc, Copland, and GoodFellas.

The latest on Blu-ray and streaming, including Encanto, Eternals, House of Gucci, and Criterion editions of The Piano and Miller's Crossing.

On two dozen of our favorite performances of 2021.

Part one of our monthly consumer guide, focusing on 2021 theatrical releases.

An interview with co-writer/director Sean Baker about his new film, Red Rocket.

A feature on actors who have never won an Oscar who might this year.

The Films That Could Shake Up the Oscar Race

A preview of the movies that skipped the fall festivals that could still win the next Best Picture Oscar.

Matt writes: For those moviegoers who feel secure enough to return to movie theaters, there is no picture currently in release that provides a more exuberant "welcome back to the big screen" moment than the very first scene of Leos Carax's latest Cannes prize-winner, "Annette." It's a wildly audacious musical written by the Sparks Brothers that stars Adam Driver in a tour de force performance as a deeply disturbed (and disturbing) comedian in love.

A preview of the 2021 Cannes Film Festival, which starts next week.

An interview with Edgar Wright and musical duo Ron and Russell Mael about their new documentary celebrating 50 years of Sparks.

The Show Must Go On: The Cannes 2021 Film Festival

A preview and commentary on the 2021 Cannes Film Festival.

We Can Sing Again: Nine Movie Musicals Coming Out in 2021

A preview of the next seven months of musicals hitting theaters and streaming services in 2021.

An article about the newly released dates for film festivals in 2021 in Cannes, Venice, Chicago, Champaign, Telluride and Toronto, and the 2022 Sundance Film Festival emerging from the shadows of the pandemic.

The latest on streaming and Blu-ray includes Bacurau, The Wild Goose Lake, and a Criterion edition of Marriage Story.

A tribute to Max von Sydow.

A report on a new film festival driven by female creative voices.

The Best Films of the 2010s: Inside Llewyn Davis

Tomris Laffly on the staff pick for the 3rd best film of the 2010s, Joel & Ethan Coen's Inside Llewyn Davis.