"Silence" is a monumental work, and a punishing one. It puts you through hell with no promise of enlightenment, only a set of questions and propositions, sensations and experiences.

It is no surprise to learn that the film's director, Martin Scorsese, has been working on it for decades, since he first read the 1966 source novel by Shûsaku Endô about Jesuit priests suffering for their faith in 17th century Japan, where Christianity is outlawed. I can't think of another Scorsese film that's so intent on simply showing us things and letting us consider their meaning. There's a little bit of voiceover narration and a few shots that go inside characters' perceptions, but for the most part you're an observer, watching people from a purposeful distance. The film starts with a long moment of actual silence, and embraces silence throughout its running time, or something akin to silence. Wood burning, waves crashing, wind moving through grass: this is what you often hear in place of a musical score. When "Silence" is not quiet, you wish that it were, because the soundtrack is filled with moans of pain and screams of agony and the sounds of bones being broken and flame searing flesh. And, of course, during such moments you fear silence, too, because the grave is silent.

The story is simple: two priests (Andrew Garfield and Adam Driver) leave Portugal for Japan to find a third priest (Liam Neeson) who has gone missing while working as a missionary. The third priest is believed to have committed apostasy by stepping on an image of Jesus Christ after being tormented by the Japanese. Eventually, one of these wandering priests—Garfield's character, Father Sebastião Rodrigues—gets captured and goes through a similar experience, surviving torture and witnessing the torture of others while pondering unanswerable questions: How much suffering can a man take before breaking and renouncing that which is most important to him? If he does break, does it mean he has failed God? Does God want him to resist blasphemy no matter what the cost? Or does he want the priest to give up and renounce his faith, secure in the knowledge that God's love is great enough to forgive him for not being able to endure unendurable pain? Is God indifferent to the suffering? Does He even notice it?

The movie starts with the first priest, Father Cristóvão Ferreira (Neeson), witnessing mass torture of Christians and being told that if he will only commit apostasy, the suffering will cease. The story then jumps forward many years to find Father Rodrigues and his partner, Father Francisco Garrpe (Adam Driver), as they make their way to Japan by way of Macao (with help from a Japanese Christian whose own faith seems reawakened by serving as their guide). The first hour of the film is a somewhat picaresque narrative that slowly builds dread as the priests get closer to figuring out what happened their predecessor. The Japanese authorities don't take kindly to Europeans wandering around their island nation talking about the glories of Jesus. In fact, they see Christianity as a cancer to be cut from the body politic.

In the film's second half, Father Rodrigues finds himself locked in a wooden cage and forced to watch and hear the torture of Japanese Christians—some of whom followed and helped him. He is plagued by doubts, not just about the wisdom of coming to Japan or his capacity to survive this ordeal, but the wisdom of the missionary enterprise, which expects people to suffer and die on behalf of ideals. The priest even begins to wonder what God wants, what He's thinking, and whether He has a point-of-view on misery and pain.

What would Jesus do? A lot of people in Father Rodrigues' position would interpret that as a physical challenge: if Christ withstood the agonies of the cross, I can get through this. But Christ wasn't mortal, so it's an unfair test. But what if the unfairness of the test is the test? And what of the other prisoners in the facility with the priest? All it would take to end their suffering—or so the priest is told—is one footprint on the image of the savior. Is it moral to allow others to suffer when their suffering can be ended with a single symbolic gesture? Would God want that? Maybe the priest is destined to realize that it’s all right to apostatize if it ends the pain of others.

Scorsese and his co-screenwriter Jay Cocks—the two did uncredited rewrites on "The Last Temptation of Christ"—have been accused by some of my colleagues of glorifying the European missionaries, or at least not examining them in a critical enough way. I didn’t get this out of “Silence” at all. In fact, one of the things that impressed me most about it was the care it devotes to understanding the position of the Japanese authorities. Without condoning their brutality, it lets a major character—Inoue Masashige (Issei Ogata), one of the officials in charge of eradicating Christianity from Japan, and the supervisor of the hero’s suffering—explain the official point-of-view on Western religion. He doesn’t just consider it a corrupting influence on Japanese culture, he doubts that Christianity can truly take root in the “swamp” (his word) of his home country. There are echoes here of another recurring Scorsese fascination, the self-preservation instinct of the tribe. The tribe may tolerate rebellion, heresy or external threats up to a point, but after that they crack down mercilessly.

Scorsese's respectful distance makes the suffering more unbearable than it would be if he showed every atrocity in close-up. It's unsettling because it conflates the point-of-view of God and the point-of-view of the audience. You're paralyzed. You want to act, or you want the movie to act, to stop the suffering, but the suffering continues until finally it doesn't. We're watching men of God being tested. Try as they might, they cannot entirely wrap their minds around the purpose of the test, and when they do grapple with it, they worry that they've arrived at the wrong conclusion. They worry that they’ve missed the point; that they're not faithful enough or smart enough to understand why this horror exists, or must exist. I don’t know what to think of the ending of the film, which I won’t discuss here except to say that I’ve changed my mind about it many times, and that it seems to be constructed to encourage viewers to come at it again from new angles rather than settling on a single conclusion. This is not the sort of film you “like” or “don't like.” It's a film that you experience and then live with.

Scorsese has been here before, in one sense or another—not just in straightforwardly theological dramas such as "Kundun" and "The Last Temptation of Christ," but in his crime pictures and thrillers as well. The entire running time of "Silence" could be the self-flagellating fantasy of the young hoodlum hero of Scorsese's 1973 breakthrough "Mean Streets" as he holds his hand over a flame (the title character in "Taxi Driver" did the same thing), and the terrors visited upon the priests and their flock are sadistic enough to have come straight from the reptile brain of Max Cady in "Cape Fear," a devil or demon figure who exists to punish people for the sins of weakness, hypocrisy and pride. But "Silence" foregrounds such things in the manner of a parable that is not intended to lead the listener to a single realization but to stimulate thought and emotion.

This, too, is characteristic of Scorsese, who studied to be a priest but became a monk for cinema, and who nonchalantly describes himself as a "lapsed Catholic" yet has been preoccupied with sin and salvation for nearly 50 years and weaves Christian themes, imagery and situations throughout his work. You even find them in what might otherwise be straightforward commercial genre projects—"Cape Fear," "The Departed" and "The Color of Money" spring to mind—in which Scorsese seems to be using theology to frame his story and characters in ways that he understands, maybe as a way of personalizing a story that's not all that personal otherwise. For a lapsed Catholic he sure does see the entire world in terms of imponderables and spiritual tests. Maybe there’s an alternate reality in which Scorsese became a priest. I bet he was a good one. 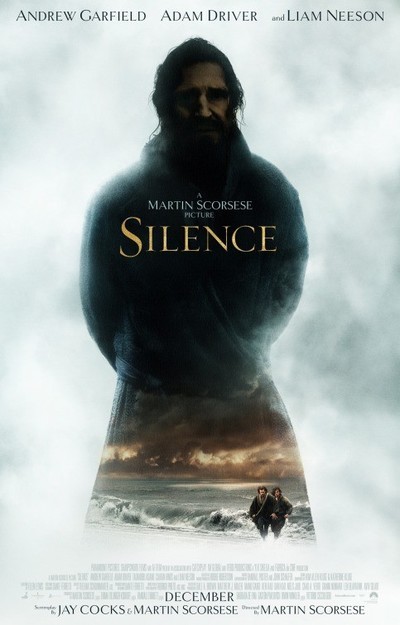