We were off last week but the HECG is back with one of its most quality-laden editions to date, especially for those in love with international cinema. Some of the best foreign language films of the last few years hit Blu-ray recently, including "Wild Tales," "Gett: The Trial of Viviane Amsalem," "Timbuktu," and an HD remaster of Hayao Miyazaki's "Spirited Away." TV fans will be happy with recent releases of FX hits "Justified" and "The Strain," while Netflix has an unpredictable array of recent indie films and documentaries. There's so much to watch in here that one can hardly blame us for needing an extra week to bring it to you.

"All the Wilderness"
"Antarctica: A Year on Ice"
"Beyond the Lights"
"Cake"
"Champs"
"High Fidelity"
"Life of Crime"
"A Most Wanted Man"
"Point and Shoot"
"Pussy Riot: A Punk Prayer" 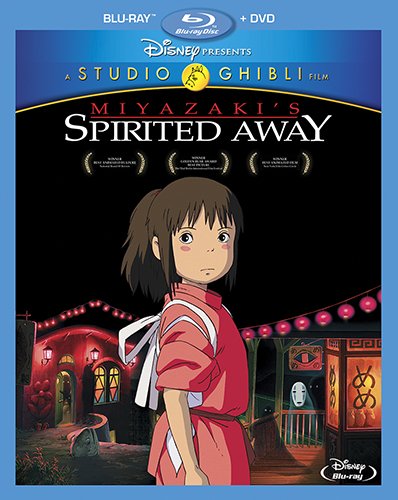 "The Cat Returns"
"Spirited Away"

As Disney gets to the end of their Blu-ray upgrades for Studio Ghibli films, they arrive at arguably the landmark animation company's best, 2002's masterful "Spirited Away." Gorgeously remastered in HD, "Spirited Away" has never looked better and already feels like a film classic. To say it has aged well would be an understatement. It hasn't aged at all. The story of a young girl who has to confront her fears of change head-on when she travels to a mystical, terrifying land of demons and monsters is as riveting as the day it came out. I've seen this masterpiece several times and the latest viewing on Blu-ray reminded me of its visual variety from the stillness of the water to the hectic colors of the bath house. It's mesmerizing. "The Cat Returns," also new to Blu-ray, is a lesser Ghibli film, but still a worthwhile one. It's one of the ultimate "cat people" films in that it imagines a world in which cats not only talk but are pretty sophisticated when they do so. It's a cute movie, too slight in comparison to "Spirited Away" but well-made. 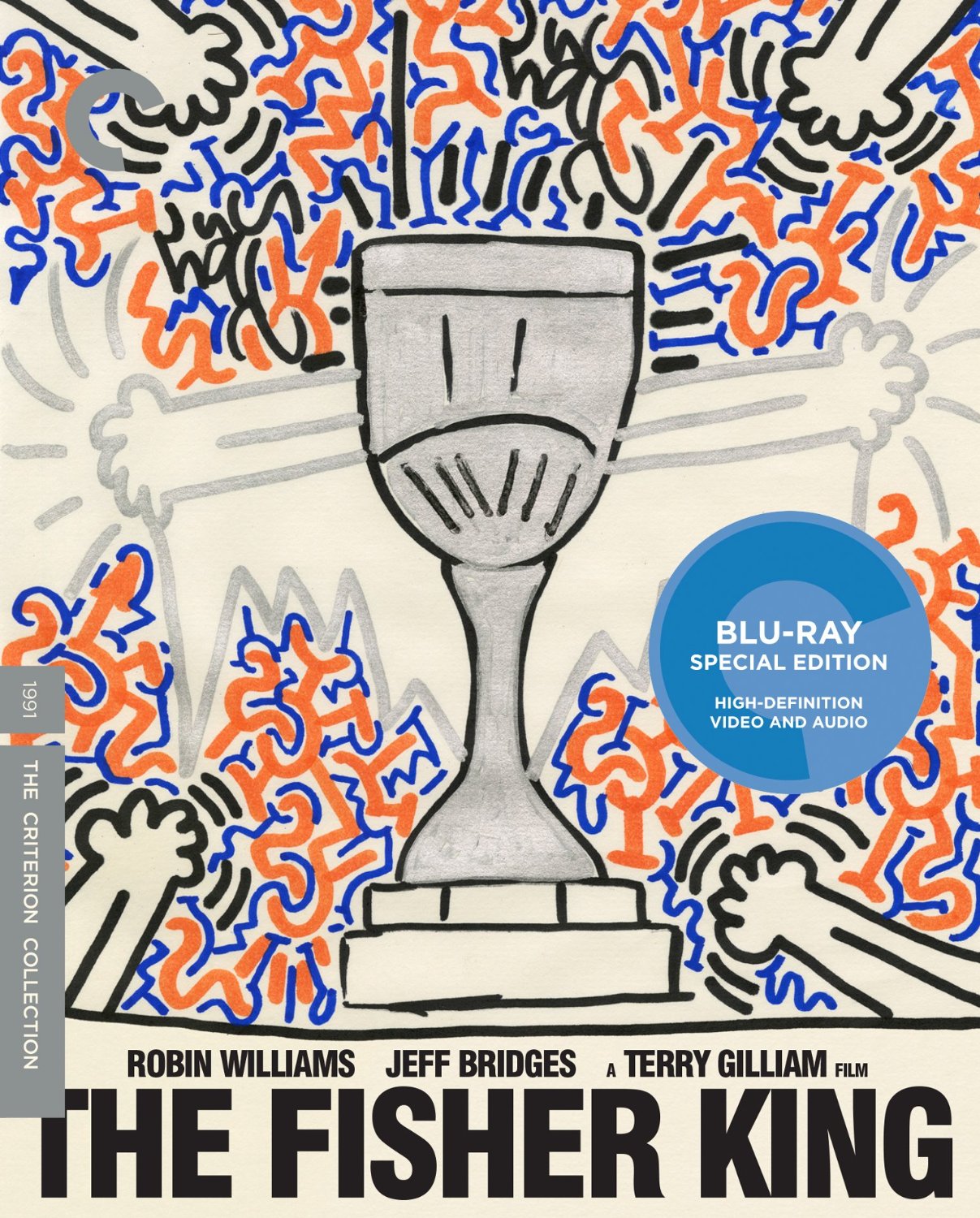 When Robin Williams passed away, my wife and I sat down and watched what I have always considered his best performance, Terry Gilliam's "The Fisher King." It was her first time watching the film, and I hadn't seen it in years. I had that rare, wonderful experience in which a movie you remember as being very, VERY good is even better than you remembered. "The Fisher King" is a masterpiece, one of the best films of the '90s, and it has been given a glorious treatment by The Criterion Collection, complete with a perfectly mastered HD transfer and new special features. With "The Fisher King," Gilliam captures the line between sanity and madness that exists within all of us and those we pass on the street every day. It's a wonderful tale about the world of fantasy and adventure into which some retreat for safety while others are forced their through no choice of their own. Williams' performance is, of course, even more heartbreaking now, but this is also arguably Jeff Bridge's best work as well. Like "Spirited Away," almost 25 years after its release, I'm struck by how little "The Fisher King" has aged. It's a film that we will be revisiting 25 years from now, and well beyond. 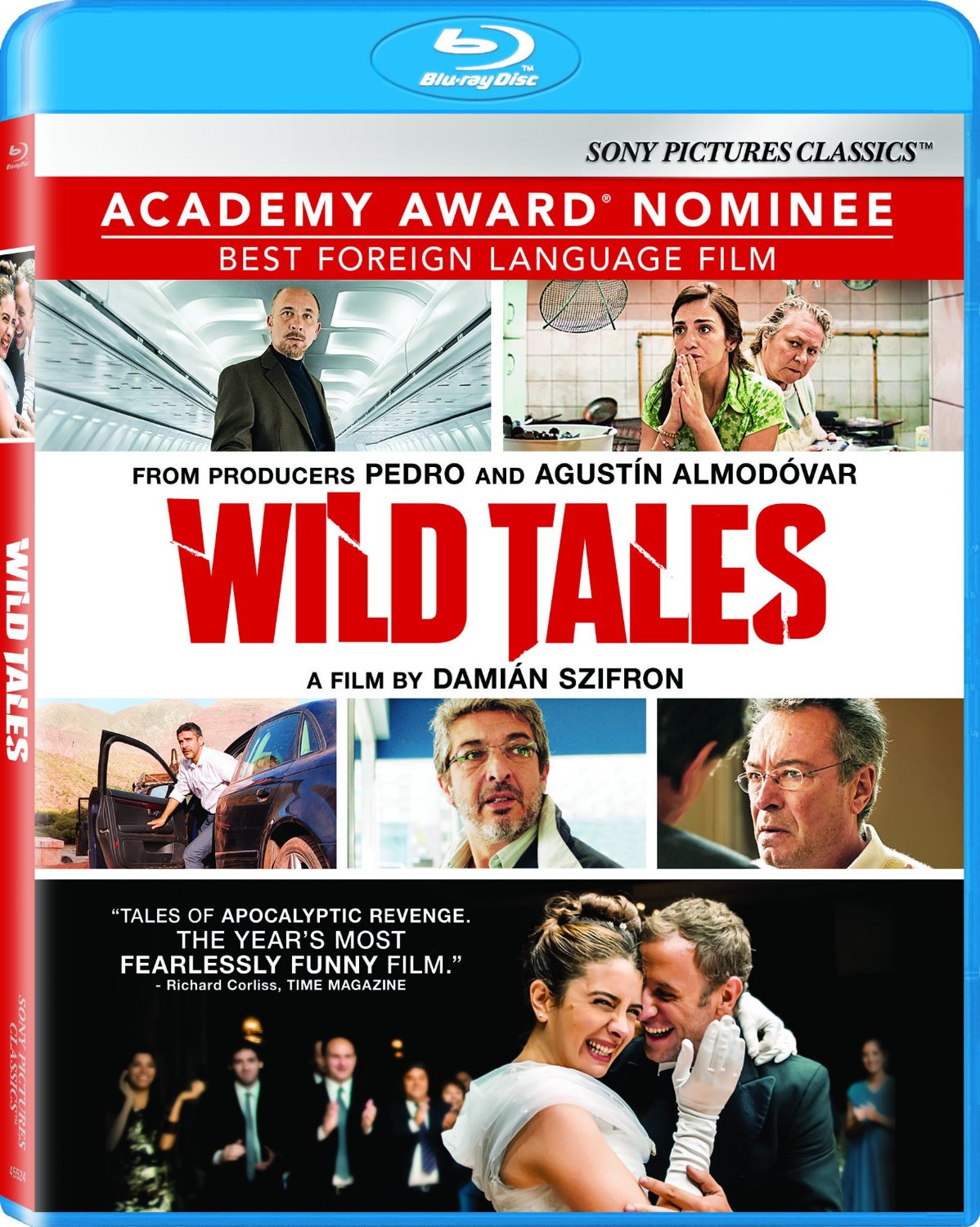 Revenge has been a common theme of cinema for over a century now but Damian Szifron finds new ways to capture its tendency to backfire with his Oscar-nominated series of six vignettes, a raucous film that played at Ebertfest this year and just hit Blu-ray. Szifron has such remarkable energy as a filmmaker, especially in the third segment of "Wild Tales," a masterful piece that would make the Coen brothers proud. I'm not convinced every segment works perfectly on its own, but taken as a complete piece, "Wild Tales" is a phenomenal film. And when one considers the confidence of its young filmmaker on his debut piece, it's stunning to think about what he'll do in the future. This isn't a debut; it's a statement. 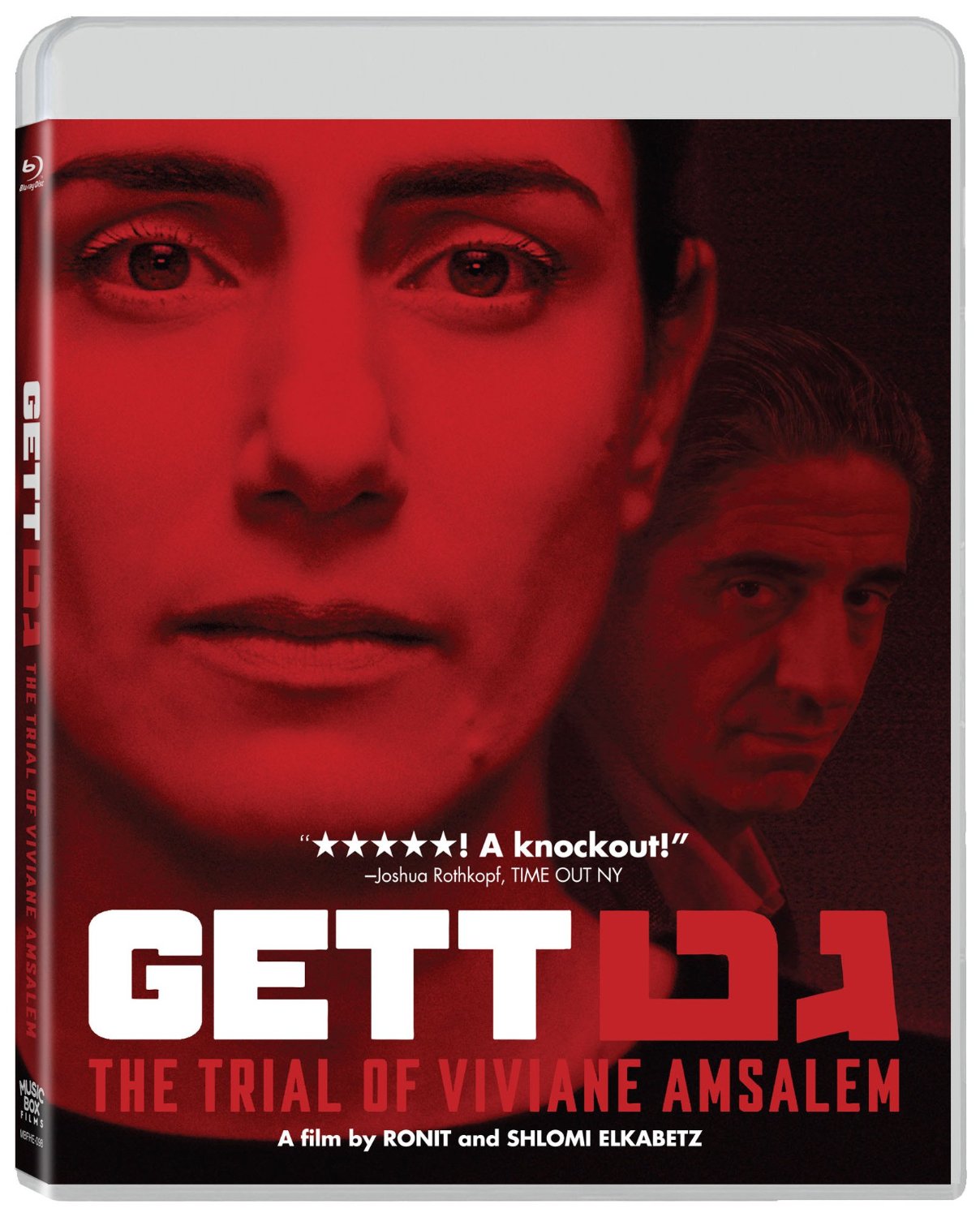 "Gett: The Trial of Viviane Amsalem"

Don't be surprised if you let out an audible sigh or even a scream at some point during "Gett: The Trial of Viviane Amsalem," a Golden Globe nominee for Best Foreign Language Film and one of the best films of 2015 to date. This is a striking, confident drama about the archaic process that women have to suffer through in Israel to get a divorce. Filmed almost entirely in a rabbinical courtroom, "Gett" is a master class in how to produce tension and claustrophobia with limited cinematic choices and almost no set dressing. The film is shot mostly in close-ups, often with parts of other characters like arms or backs in frame, indicating just how close everyone is to one another. And the reverse shots are in the middle of the characters' interactions instead of off to the side, placing us center stage like witnesses in the trial. This is a daring, fascinating drama that must be seen. Don't miss it. 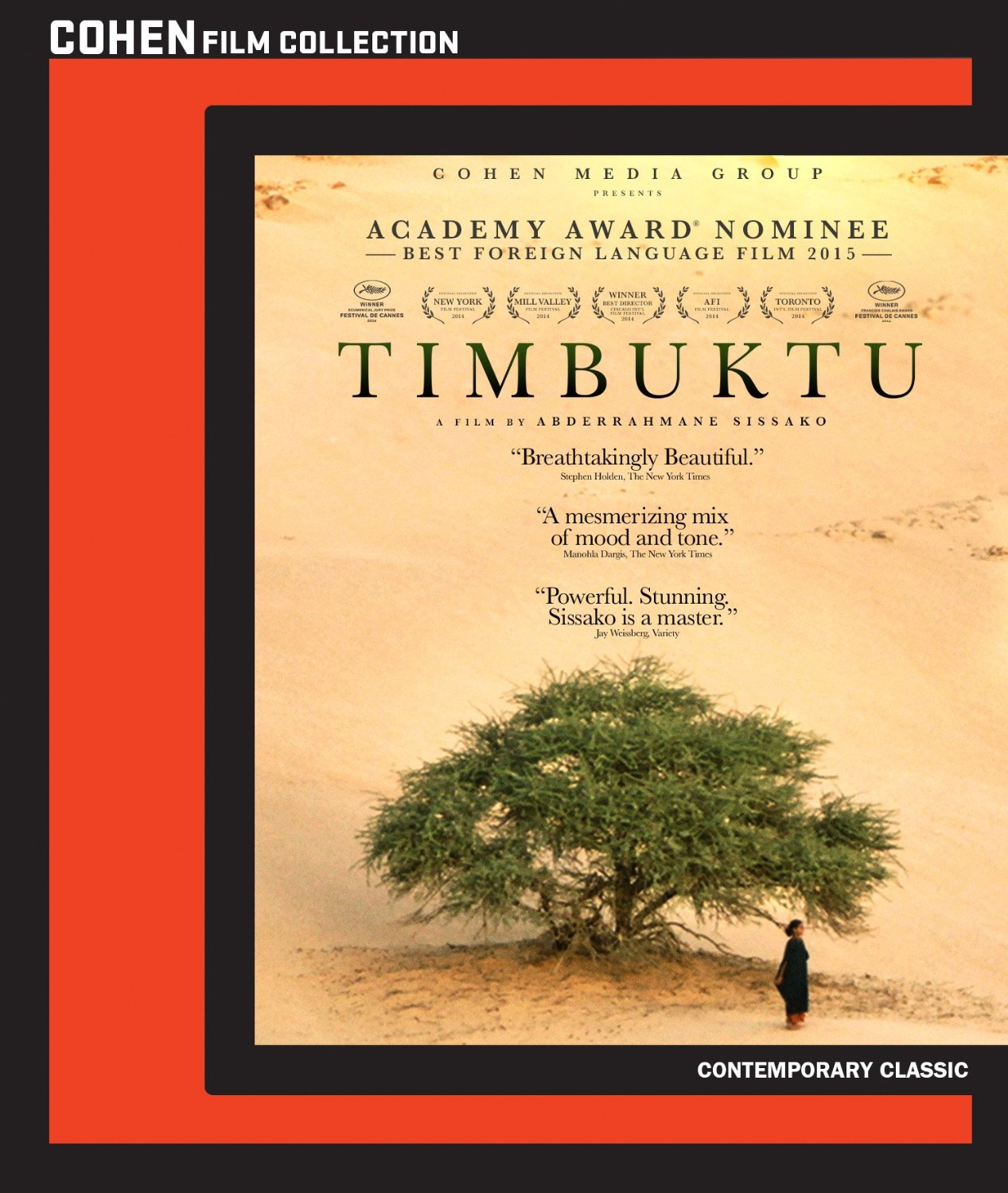 How does evil take over? In most of our cinematic history, evil takes over with loud proclamations and firepower. What's so unsettling about the Mali film "Timbuktu" is how it captures the nature of evil to take over quietly and with insidious determination. The film takes place in a small village and is well-defined by its opening scene of men on a car chasing a gazelle, shooting at it along the way, as they proclaim that the best strategy is to "tire it out." And that's essentially what they do to a village and its peaceful denizens. First, a man's pants are too long. Second, a fishmonger must wear gloves. They dictate policy and action, until they are completely in control and tragedy is inevitable. Sissako's film is a remarkably patient one--notice how long he holds a breathtaking shot after a violent incident--but that's the main reason it works as well as it does. The clicking of boots against the stone walkways, the shots of men with guns on the rooftops, the miles of desert with no sign of help--life in "Timbuktu" is stark and uncompromising but Sissako's film is also strangely beautiful and elegant, without resorting to overly stylized filmmaking to achieve those adjectives. It's excellent. 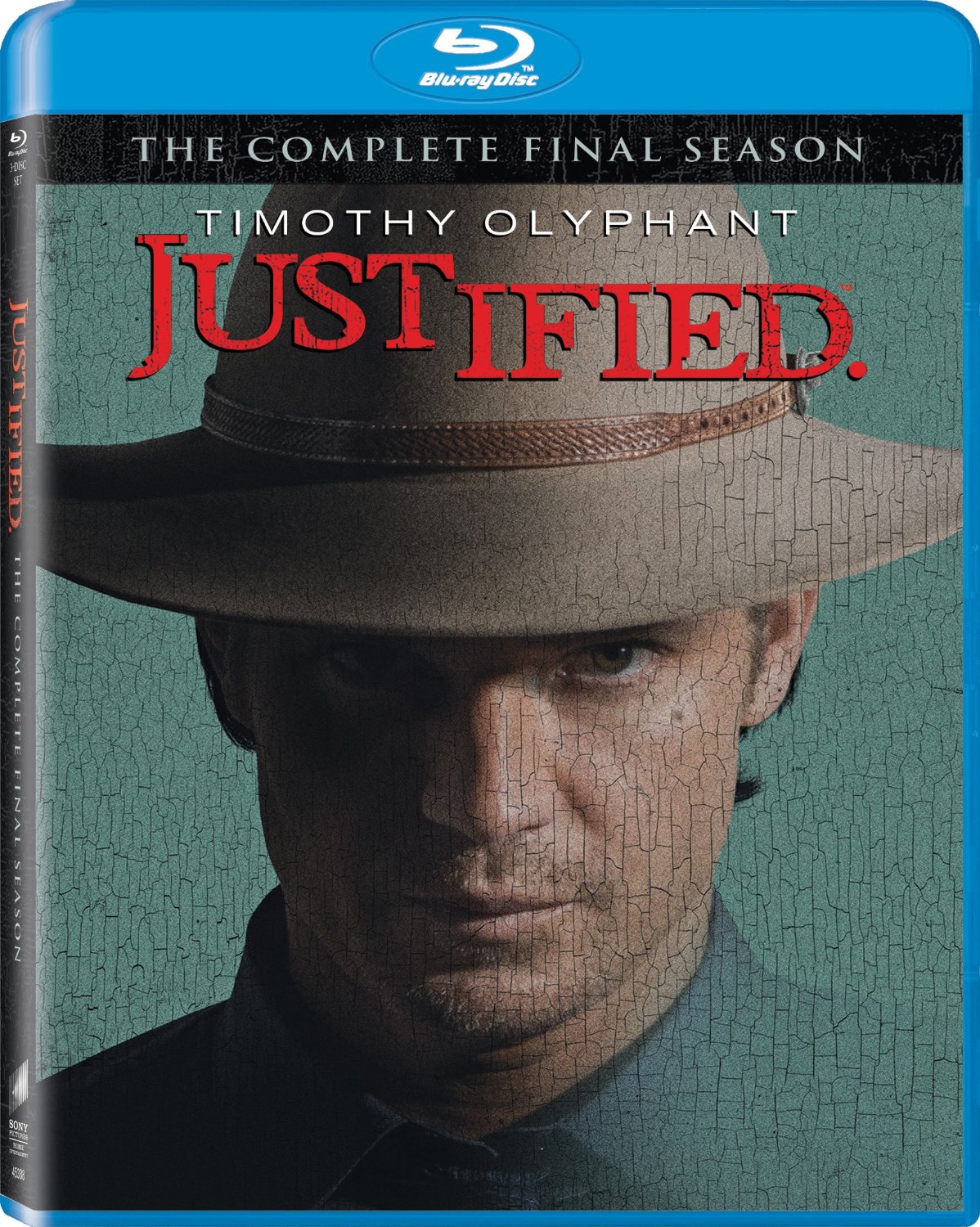 When we discuss the best final seasons of the current golden age of television, "Justified" has to be on the list. After a few episodic seasons, the writers took the show back to its basic three-part dynamic between Raylan, Boyd and Ava--giving Timothy Olyphant, Walton Goggins, and Joelle Carter enough wonderful screenwriting to deliver arguably their best performances in the history of the show. And if that wasn't enough, they found a group of guest actors who almost felt destined to eventually join the "Justified" universe, including Sam Elliott, Mary Steenburgen and Garret Dillahunt. This is a near-perfect final season, one I hope is recognized amply in the upcoming Emmy nominations. Catch up now on Blu-ray and DVD. 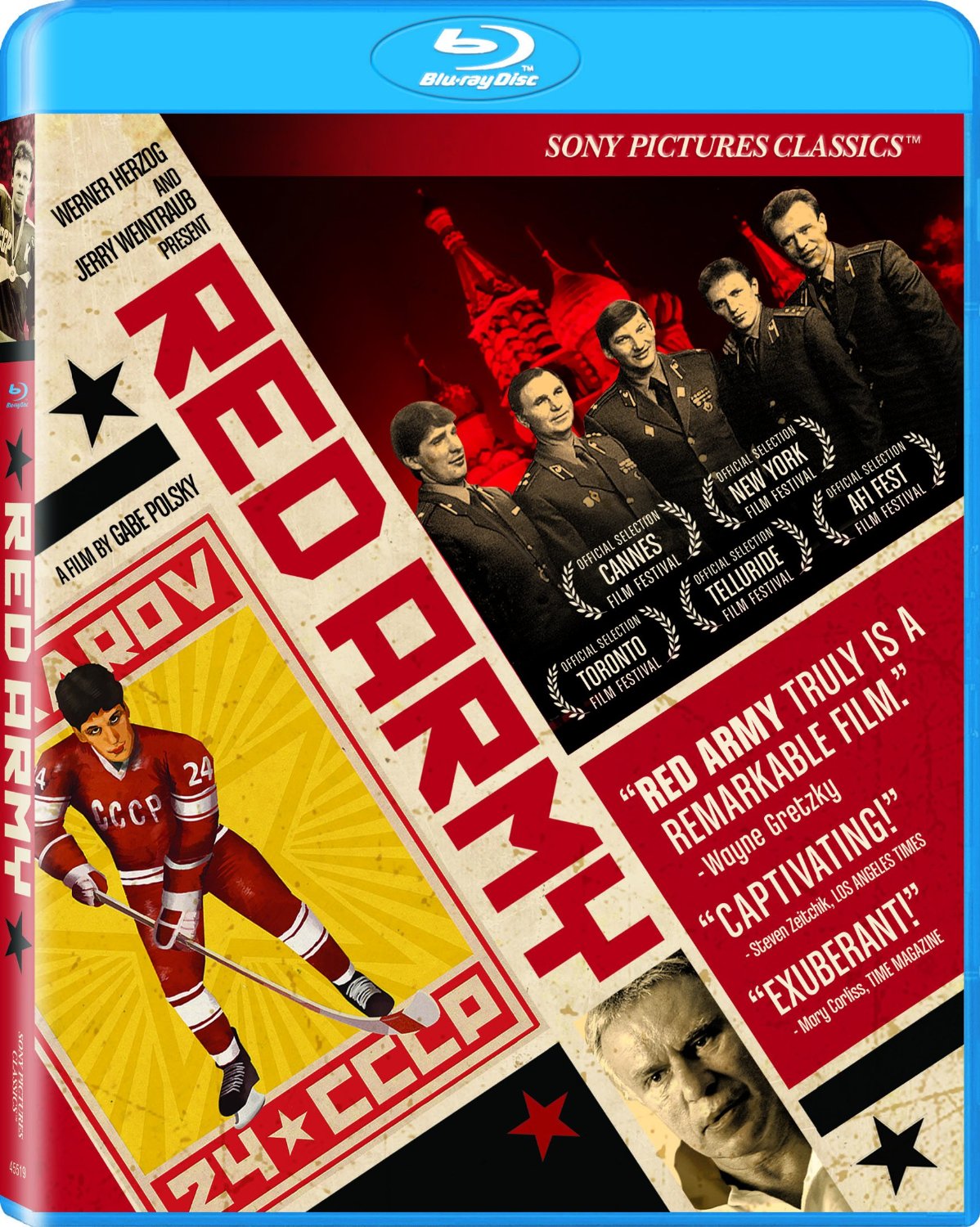 There have been hundreds of sports documentaries and more about the political climate of the '70s and '80s. There are entire cable channels devoted to both. And yet what elevates Gabe Polsky's documentary about Russian hockey is that it crosses genres and expectations. It's not just about hockey, although it certainly captures something mesmerizing about the sport. It's more about how the "Miracle on Ice" really led to the dissolution of the U.S.S.R. Hockey was such a vital part of Russian culture that as players defected to the United States, the entire country fell apart. Tightly edited and cleverly scripted, "Red Army" is both fun and remarkably insightful. That's rare. 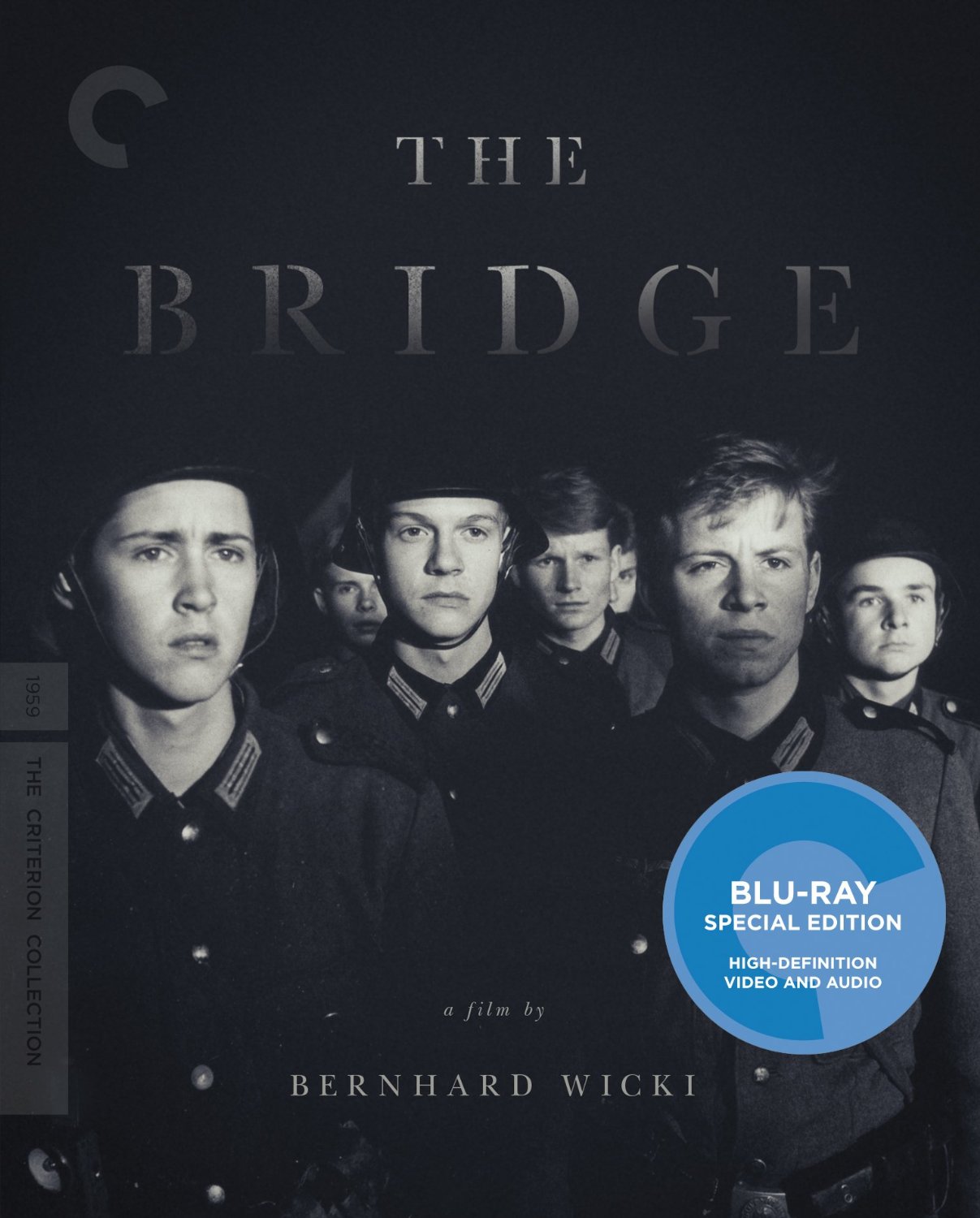 Bernhard Wicki's 1959 film was one of the first German works to capture World War II from that country's perspective in a way that felt authentic and insightful. The movie, supposedly based on true events, takes place in a small German town in 1945 as the Allies are barreling through the country. As most of the adults have fled, the young teenagers of the town feel like they're forced to defend a local bridge. European war films have often depicted young people at war as a way to capture its atrocity and the innocence that it destroys. The youthful banter of the first half-hour can be starkly contrasts against the intensity of the final half-hour. I think "The Bridge" takes a bit too long to get going and some of that first hour can be a slog, but it's a remarkably important film when it comes to the history of German cinema and how it addressed its darkest chapter. The best special feature on the new Criterion release features Volker Schlondorff commenting on how much "The Bridge" spoke to an entire generation of German filmmakers. See why.

Special Features
New 2K digital restoration, with uncompressed monaural soundtrack
New interview with writer Gregor Dorfmeister, on whose autobiographical novel the film is based
New interview with filmmaker Volker Schlondorff about the filmâ€™s impact on German cinema
Interview from 1989 with director Bernhard Wicki
Excerpt from a 2007 documentary by Elisabeth Wicki-Endriss, Wickiâ€™s wife, featuring test reel footage from the shoot
PLUS: An essay by film critic Terrence Rafferty 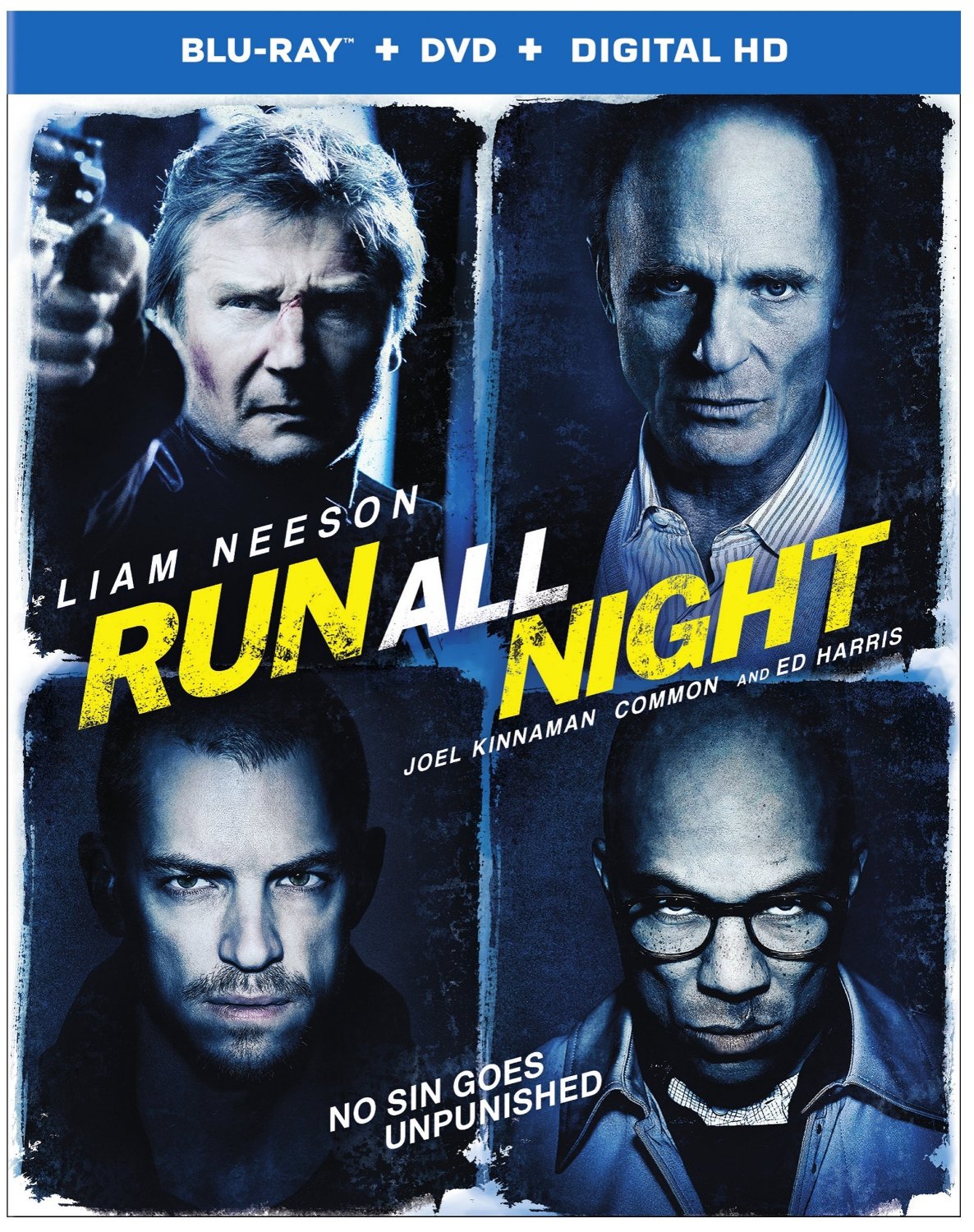 The Liam Neeson action train keeps rolling, although generally low receipts and critical notices for "Taken 3" and this flick hints that perhaps it is losing a little steam. Personally, I like this third collaboration between Neeson and Jaume Collet-Serra (after "Non-Stop" and "Unknown") more than the other two, as the director has discarded ridiculous high concepts for a simple narrative about a parent's last chance at redemption. Neeson plays a retired enforcer called back into action after his son gets caught up in a web of his former employer (played by Ed Harris). No one reinvents the wheel here, but it runs pretty smoothly nonetheless. 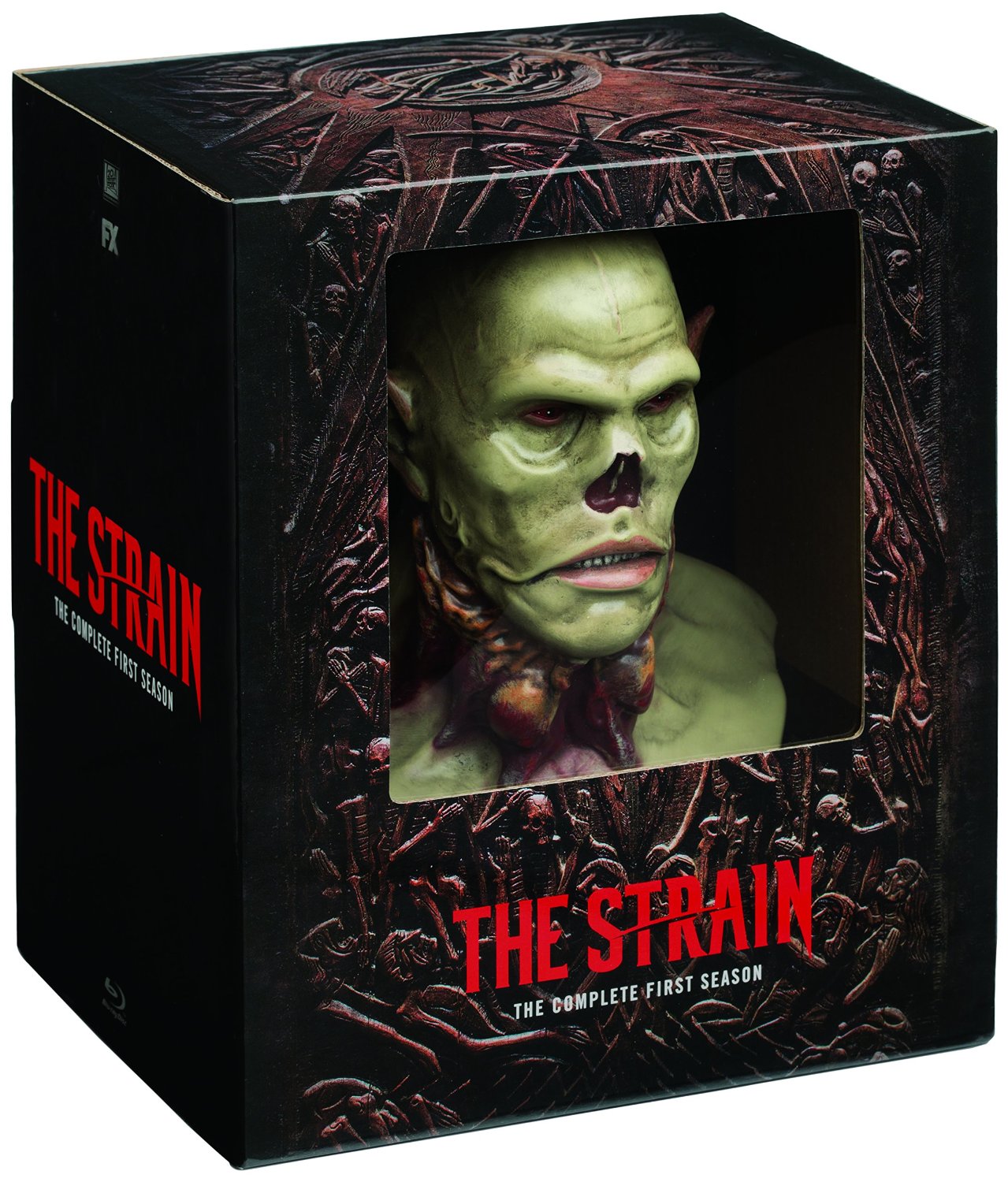 "The Strain: Season One"

Hopes for FX's "The Strain" were so high. Guillermo Del Toro is one of our most essential filmmakers, Corey Stoll is an underrated actor, and TV horror has been a rich genre in the last few years as shows like "The Walking Dead" and "American Horror Story" turned into massive hits. The first season of "The Strain," recently released on Blu-ray and DVD in several editions, including an awesome collectible one with a terrifying bust of The Master's half-formed head on top of the case, captures a show with some great moments but also remarkable inconsistency. Every moment that really works in "The Strain" has a counterpart scene that should have been cut. I'm convinced the first season of "The Strain" would have been amazing at around 6-8 episodes. It can't find the pacing for a full season. I hope season two turns it around.

Special Features
In the Beginning
A Novel Approach
Setrakian's Lair

"The Face of an Angel"