David Gordon Green continues to focus on character studies, as he did with “Prince Avalanche” and “Joe,” but the results this time are decidedly more frustrating than those superior efforts. Just as “Joe” often felt like a vehicle to rehabilitate the oft-mocked career of Nicolas Cage in the last decade or so, “Manglehorn” sometimes feels designed to remind us that Al Pacino is still one of our greatest actors. OK. Point taken. Now what? While “Joe” built an interesting film around Cage’s performance, Green leaves Pacino adrift in “Manglehorn,” and the result is a disappointing, shambling piece of melancholy with a few interesting scenes here and there that never cohere in such a way that allows the legendary actor to disappear into the character.

Pacino plays an eccentric locksmith named Manglehorn who lives in a small Texas town by himself. He’s estranged from his financially successful son Jacob (Chris Messina), has few real friends outside of his cat, and writes letters to the love of his life who got away many years ago. A highlight of his meager existence seems to be the occasional visit to the local bank to see the lovely teller Dawn (Holly Hunter), but when he’s given a chance to turn that into something greater, he fumbles. Manglehorn has allowed anger, regret and depression to push him into isolation in his later years. He doesn’t have much left outside of his key-making business, and that basically just gives him another reason to be alone in his shop.

On one level, Paul Logan’s script is defiantly episodic: Manglehorn talks to his son, he runs into an acquaintance (played in a remarkably aggravating style by Harmony Korine), he flirts with Holly Hunter, etc. While “Manglehorn” could have been a character study, a slice of reclusive old age in modern America, Logan and Green layer their film with poetic self-importance, mostly in Manglehorn’s letters and inner monologues, complete with lines like “I’m losing hope in tomorrow.” It feels false, like a degree of self-understanding that only comes in motion pictures or bad fiction. And that dishonesty carries over to scenes between Manglehorn and his son, especially a dinner between the two that’s just too poorly written for Pacino and Messina to save it.

Every shot of Manglehorn’s grizzled face is weighted with unearned gravitas, the kind that comes with designing a film around an actor instead of a character or a narrative. It feels like the first draft was called “Al Pacino is Still a Hell of an Actor.” And that showcase is constantly pushing against the film’s realism. There’s a scene late in the film between Pacino and Hunter that really should work—she’s great in it—in which Dawn realizes that Manglehorn’s enclosed life is one that she may not want to enter, but Pacino and Green can’t figure out how to play the moment. Pacino practically climbs on a soapbox to deliver a monologue, when it should be about a man afraid and tentative to re-enter the real world of human relationships.

At its best, “Manglehorn” is a surprisingly deep conversation with an old friend on a twilight Southern evening. It’s about those times in our lives when we reassess past mistakes and consider the diminishing hours we have left on this planet. I only wish the film allowed that conversation to flow naturally with a well-rounded character instead of reminding us over and over again that we’re talking to the one and only Al Pacino. 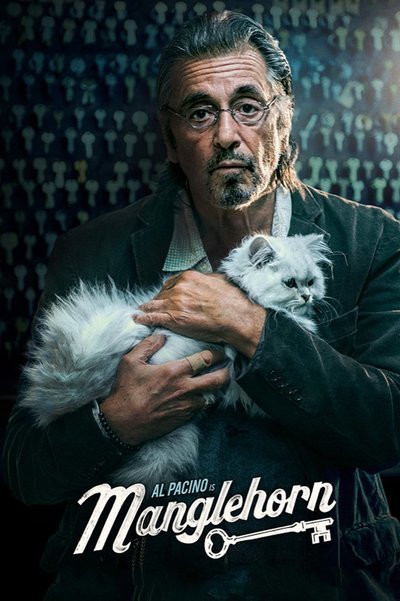 Rated PG-13 for some sexual content and language, and for accident and surgery images