The Face of an Angel

Toggling between engaging meta-narratives (“24 Hour Party People,” “A Cock And Bull Story,”  “The Trip,” its sequel “The Trip To Italy) and more conventionally-told fare (“The Claim,” “Code 46,” “A Mighty Heart”), director Michael Winterbottom has been one of the more distinctive and engaging cinematic voices of the past 20 years or so. I know that I’ve enjoyed and been moved or intrigued by almost all the movies of his I’ve seen (although I considered “Heart” a bit of a misfire), so it was a little disconcerting to watch “The Face of an Angel” and witness the director returning to some familiar ideas and tropes, and ending up with so little to show for them.

Like his most recent U.S. feature release, “The Trip To Italy,” “The Face of an Angel” takes place in, well, take a guess. But while “Trip” gave us a couple of real-life comedians playing themselves and tooling around beautiful countrysides and eating like kings and doing incredible Michael Caine impersonations, “Angel” offers us Daniel Bruhl in the role of a dissolute, hard-up filmmaker coming to the country to research a film about…aiieeee…the Amanda Knox murder case.

Only it’s not really about the Amanda Knox murder case. Here’s where things get tricky, as they tend to do in Winterbottom’s films (see “Party People,” in which almost all the characters would address the camera directly, real-life figures from the scene it depicted popped up in pointed cameos, and so on, as just one example): all the names have been changed into fictionalized characters, but the details are all extremely similar. AND, the credited source material for the movie is a real-life nonfiction book about the real case by a journalist named Barbie Latza Nadeau. Who is here made into a character named Simone Ford and played by Kate Beckinsale. Simone does this and that, as she explains to Bruhl’s Thomas, contributing “to The Daily Beast” (lucky her) and she’s got a suitably cynical expat perspective of the sort that was satirized trenchantly by Waugh and others over the years.

Indeed, Thomas’ varying exchanges with the English-speaking journos covering the case bring to mind Hildy Johnson’s sarcastic “gentlemen of the press!” greeting in the classic “His Girl Friday.” As he feels pressure from British-based producers, wrangles with the end of his marriage, and falls into what we can presume to be a pattern of drug abuse, Bruhl’s Thomas also tries to come to grips with his material. As he types his script, we see it enacted on screen. We also see his nightmares of cuckolding and murder. We also see his paranoid hallucinations after he rents a flat from a sinister fellow who wants him to read one of his own scripts. There’s also the matter of his falling into bed with Simone (of course) and falling in a sort of infatuation with a student-abroad bartender (Cara Delevinge) who, in a rather staggering bit of contrivance, lends him Dante’s “La Vita Nuova.” Jeez, guys, this routine didn’t work in Paul Schrader’s “Cat People” remake, either.

It’s all very pretty to look at and some of the actors are engaging—okay, Delevinge, who looks like a cross between young Melissa Joan Hart and young Judith Godreche, if you can imagine such a thing (well I guess you wouldn’t really have to imagine) is engaging. To get at the heart of what’s wrong with “The Face of an Angel” all you need to do is consider the professional stones it takes to adapt the Amanda Knox case into yet another movie about the existential/amorous crises of a white male filmmaker. (And then have the nerve to dedicate the results to the memory of the murder-victim in the real-life case!) What might have looked provocative on paper winds up looking kind of cheap and opportunistic on screen, leaving Thomas’ petulant complaint, “I don’t want to make a film about fear or death or killing; I want to make a film about love,” ringing hollow in one’s ears at the end. As of this moment, the only Italy-based Michael Winterbottom film worth seeing is the one in which the two guys do Michael Caine. 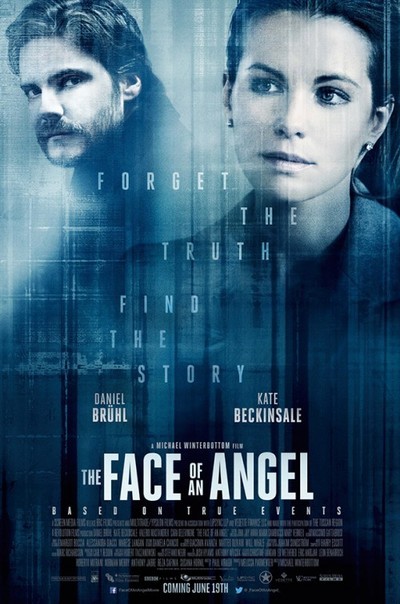