If you ever wanted to experience what it would be like to be held hostage by a band of desperate and dangerous high-seas buccaneers as they brandish automatic weapons with careless abandon, then "Captain Phillips" is probably as close as you will ever get, or want to get.

For those whose idea of a pirate is Capt. Jack Sparrow – or Long John Silver,  for  that matter – this real-life account will be a rude awakening as to what constitutes a 21st-century model. British docudrama specialist Paul Greengrass (the "Bourne" sequels, "United 93") is at the top of his craft as he employs all his usual tools—nervous handheld cameras, grainy cinematography, a mostly anonymous cast, and a tension-drenched situation—to re-create a 2009 attempt to hijack an American cargo ship.

The action takes off within the first 20 minutes. Lean-and-hungry members of the world’s under-class—a ragtag, brazenly opportunistic band of young Somali men— stage their attack as if pulling off a smash-and-grab at a jewelry store. After that, it's full steam ahead and no turning back.

What unfolds in the next two hours is gripping enough that more than a few theater armrests will probably require upholstery repair.  But as Greengrass has demonstrated in such past films as 2002’s "Bloody Sunday" (about the 1972 shooting of unarmed demonstrators in Northern Ireland) and  2006’s "Flight 93" (which re-enacted the events on the plane that crashed in Pennsylvania on 9/11), he is stronger with the doc part of his cinematic equation than the interaction between characters.

Employing a little-known cast does increase verisimilitude. But, in this case, the filmmaker thankfully reached out to an actor who almost always provides a welcome security blanket for moviegoers.  Tom Hanks is one of those rare movie stars that we willingly follow into almost any unpleasant situation—even in those less-than-great thrillers based on The Da Vinci Code books—knowing that his very presence onscreen will get us through any perils that confront us in the dark. Who else would we want to observe saving a space craft from disaster in "Apollo 13," enduring the horrors of D-Day in "Saving Private Ryan" and surviving a plane crash on a deserted island in "Cast Away"?

Still, this is a different Hanks than the affable guy-next-door that we have come to expect. The actor submerges his natural exuberance to assume the role of a terse and weary New England-based merchant mariner who oversees a huge floating warehouse with reserved efficiency. No joking around with the crew or idle chitchat: this is a job. Period. Although the ship’s occupants are shown undergoing an emergency drill,  no trained military are involved until the situation becomes dire enough to require a visit from Navy SEALs.

There is a prologue that shows Richard Phillips—whose memoir served as the basis of the script—preparing for his journey and being driven to the airport by his wife (a cameo by Catherine Keener, who seems to be everyone’s past or current wife in movies these days). Many critics have derided this segment as clunky and forced, but I believe Greengrass wanted to introduce the captain as an average family man, not some gung-ho wannabe hero, so his cool-headed reactions later on would seem all the more remarkable; besides, other than a medical worker who shows up late in the story, Keener is the only woman with any impact onscreen.

The focus, of course, is on the hijacking. The pirates board the ship with surprising ease, although their efforts put their own boat out of service. As Phillips sends the crew to hide out in the engine room, he assumes the role of a host of sorts, trying to distract his unwanted guests with offers of water and food while showing them around. But the foursome—headed by skeletal Muse (Barkhad Abdi), the brains of the operation—grows impatient. Rash behavior leads to serious injuries and Phillips is eventually taken captive aboard a claustrophobic covered lifeboat, with the pirates demanding a ransom of millions in exchange for his return.

Unfortunately, save for a segment showing how a greedy warlord recruits his army of willing raiders, the pirates are as much vessels of storytelling as the ship itself, though the movie at least gives them some intriguing character touches. The behavior of Muse and other fellow pirates sometimes suggests they are emulating characters in a gangster yarn -- as if they have seen "Goodfellas" or James Cagney films a few too many times. The sadistic hothead who provides the brawn would do Joe Pesci proud. Abdi and Hanks engage in some interesting psychological give and take.  Muse, exposing his youth, confesses that his dream is to go to America and buy a car.

But during the final moments in tight quarters in Captain Phillips, we at least have Hanks as our beacon of humanity. Once the lifeboat is surrounded, it becomes clear to all inside that no one – not even Phillips – is guaranteed to get out of this alive. It's one of the most emotionally draining climaxes of the year.
Advertisement 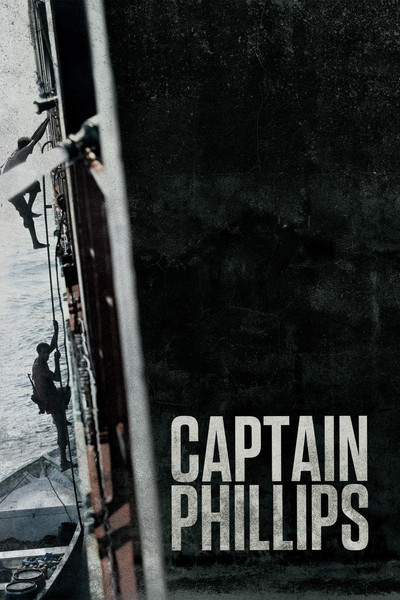 Angus MacInnes as John A White