While Netflix chooses to focus more and more energy on original shows and movies like "Mascots," "Black Mirror" and "Justin Timberlake and the Tennessee Kids," they've been relatively slight in terms of new releases. However, we still found ten titles since our last update that may have slipped under the radar, including a few excellent documentaries. After that, you'll find a diverse array of new Blu-ray releases, including a Criterion edition of one of the most acclaimed films of the decade, a great performance from Mel Gibson, the newest from Woody Allen, and a pair of horror flicks getting the Shout Factory Collector's Edition treatment. 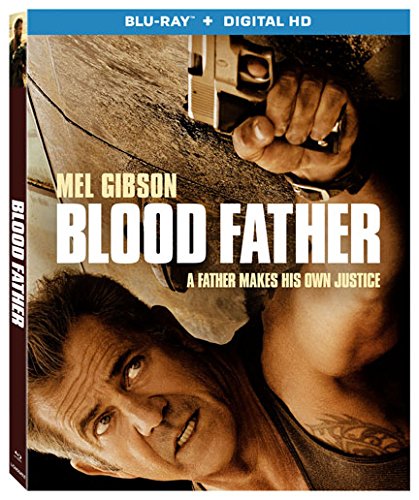 It's a shame that Mel Gibson's personal demons derailed his film career because I think he actually would have become a more interesting actor as he aged out of romantic leads and action heroes. His little-seen "Blood Father" makes the case that the window may still be open on this chapter in his career as Gibson does fantastic work here as an ex-con father forced back into a violent life to protect his daughter. This is a tight, no-frills action/drama that's carried by the rage-filled gravity that Gibson brings to it. It's the kind of movie they made more often in the '70s and '80s with people like Charles Bronson and Clint Eastwood. I hope Gibson gets the chance to make more movies like it.

Special Features
Lost Souls: On the Road with Blood Father 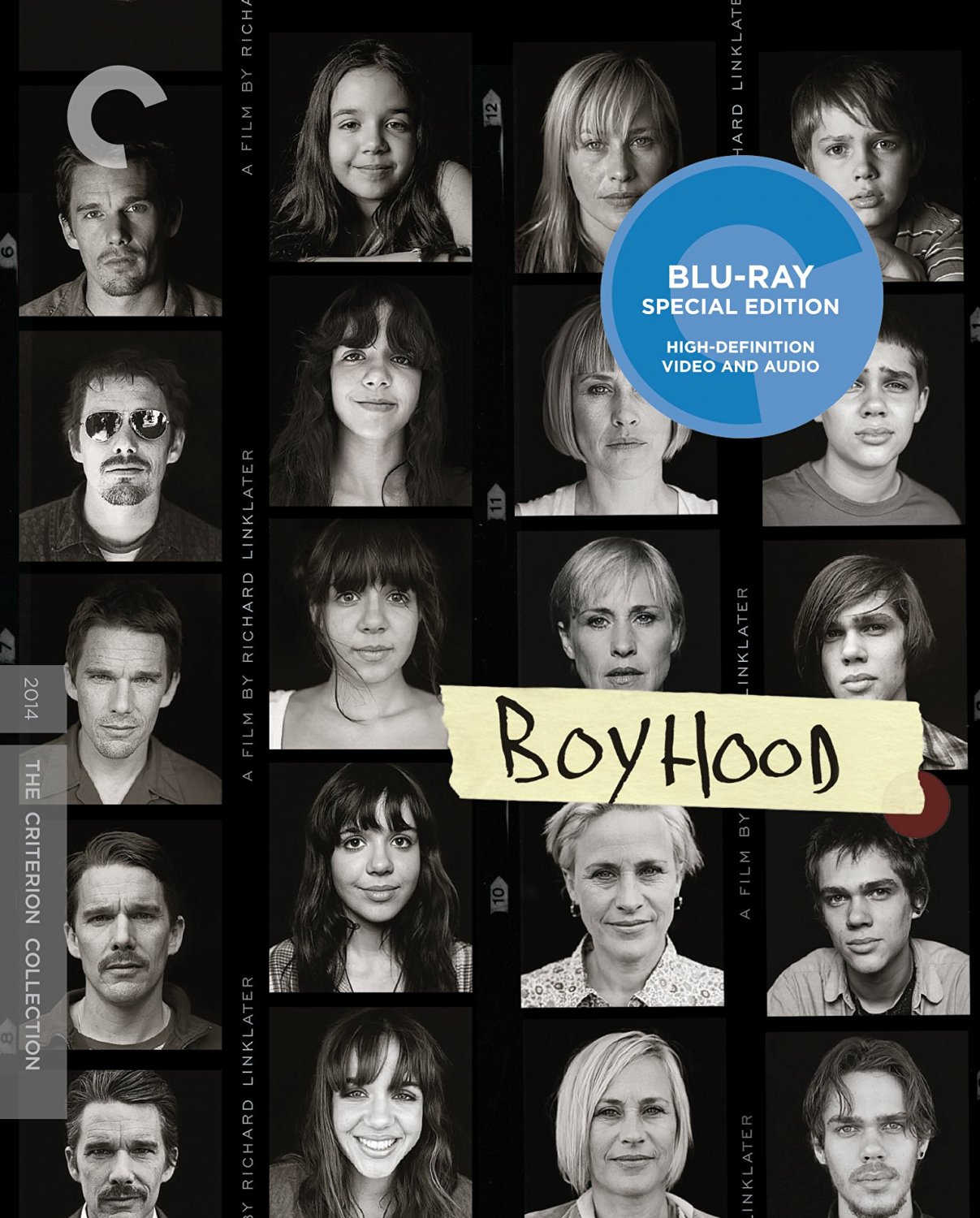 Richard Linklater's Oscar winner is one of the most well-liked films of the '10s and Criterion has given it one of their most lavish treatments of the year. It may be a little early to do holiday season shopping, but if you have a cinephile in your family, this should be high on your list. Not only does the film hold up remarkably on repeat viewing - I get something else out of it each time I watch it - but the special features here are as extensive as anything I've seen this year, including a crowded commentary track, documentary, video essay, and much more. Linklater is one of our best when it comes to chronicling the human experience. He's never showy in a way that produces thinkpieces, but his approach draws something both unique to a specific character and common to all of us. And "Boyhood" is one of his best films. 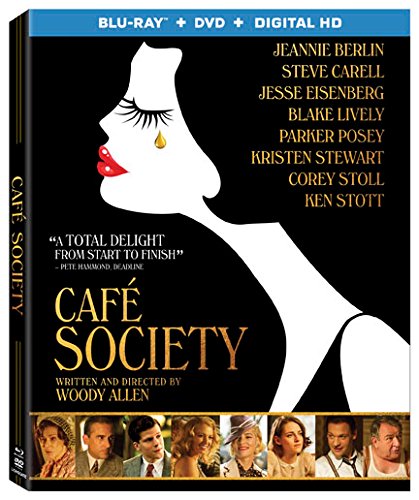 Will Woody Allen ever make another masterpiece? I'm starting to think the answer is no, but his latest isn't one of his worst films of recent years, certainly an improvement over "Magic in the Moonlight." One of the reasons it's worth a look is the way the great Vittorio Storaro captures the golden age of Hollywood in which it's set. It's one of Allen's "best-looking" films. Jesse Eisenberg takes the "Allen surrogate" role this time as a young man who moves to Hollywood from the East Coast to work for his uncle (Steve Carell). He falls for his new employer's secretary, a lovely Kristen Stewart (continuing her hot streak of great performances), but gets caught up in a love triangle. Even Allen seems more interested in the look of the film, including the great costume design by Suzy Benzinger as well as Storaro's work, but that glamorous aesthetic makes "Cafe Society" pretty, even if it is a bit hollow. 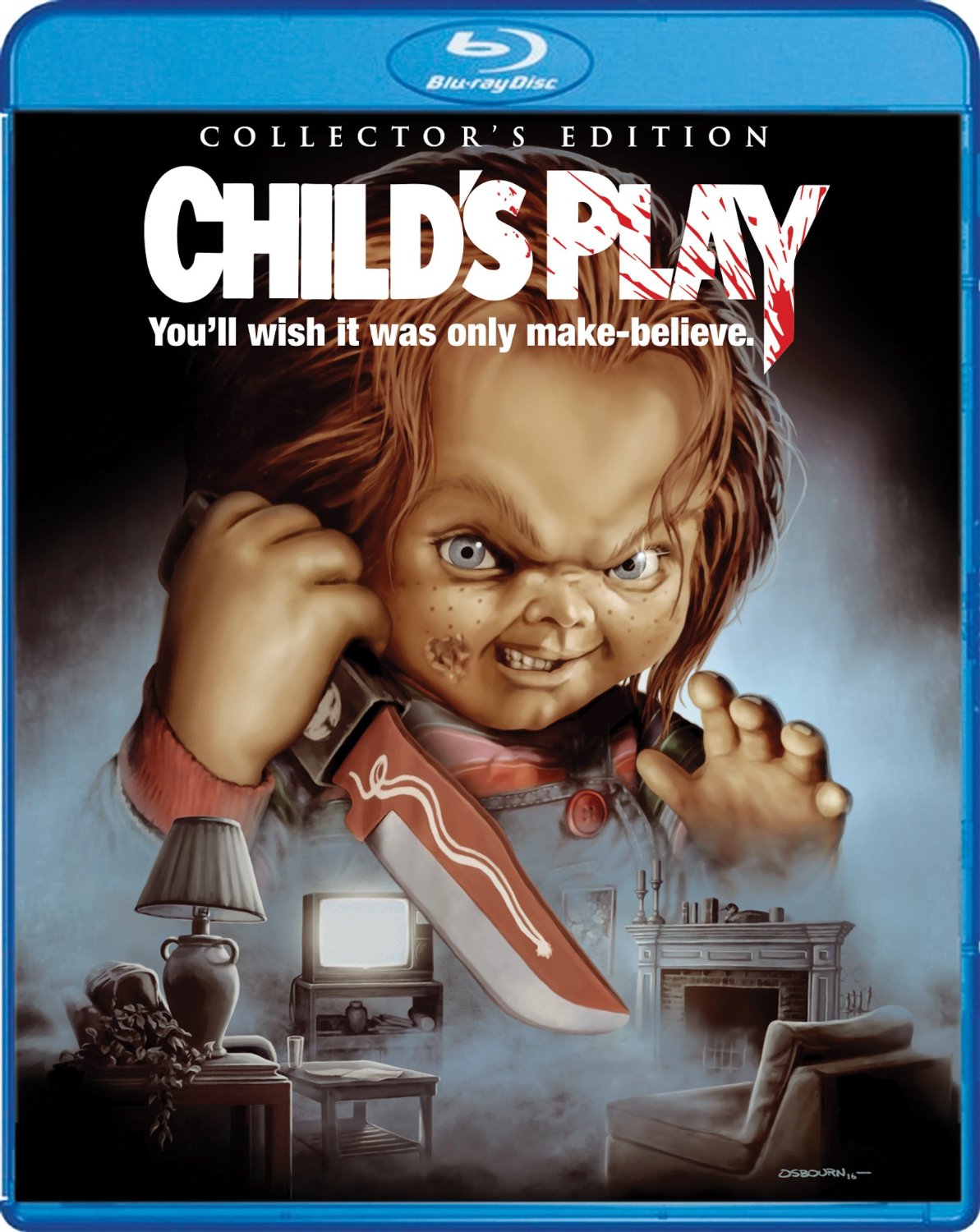 Chucky the serial killer doll became such a horror icon that the overall quality of Tom Holland's film that spawned his legacy sort of became a punchline. I actually had to defend it as a guilty pleasure on social media the other day because everyone assumes Chucky means lower quality. Go back and watch the first Child's Play. It's a solid horror flick. And Shout Factory gives it the treatment it deserves with a stunning array of special features, including three full-length commentary tracks, and interviews with all of the major players. 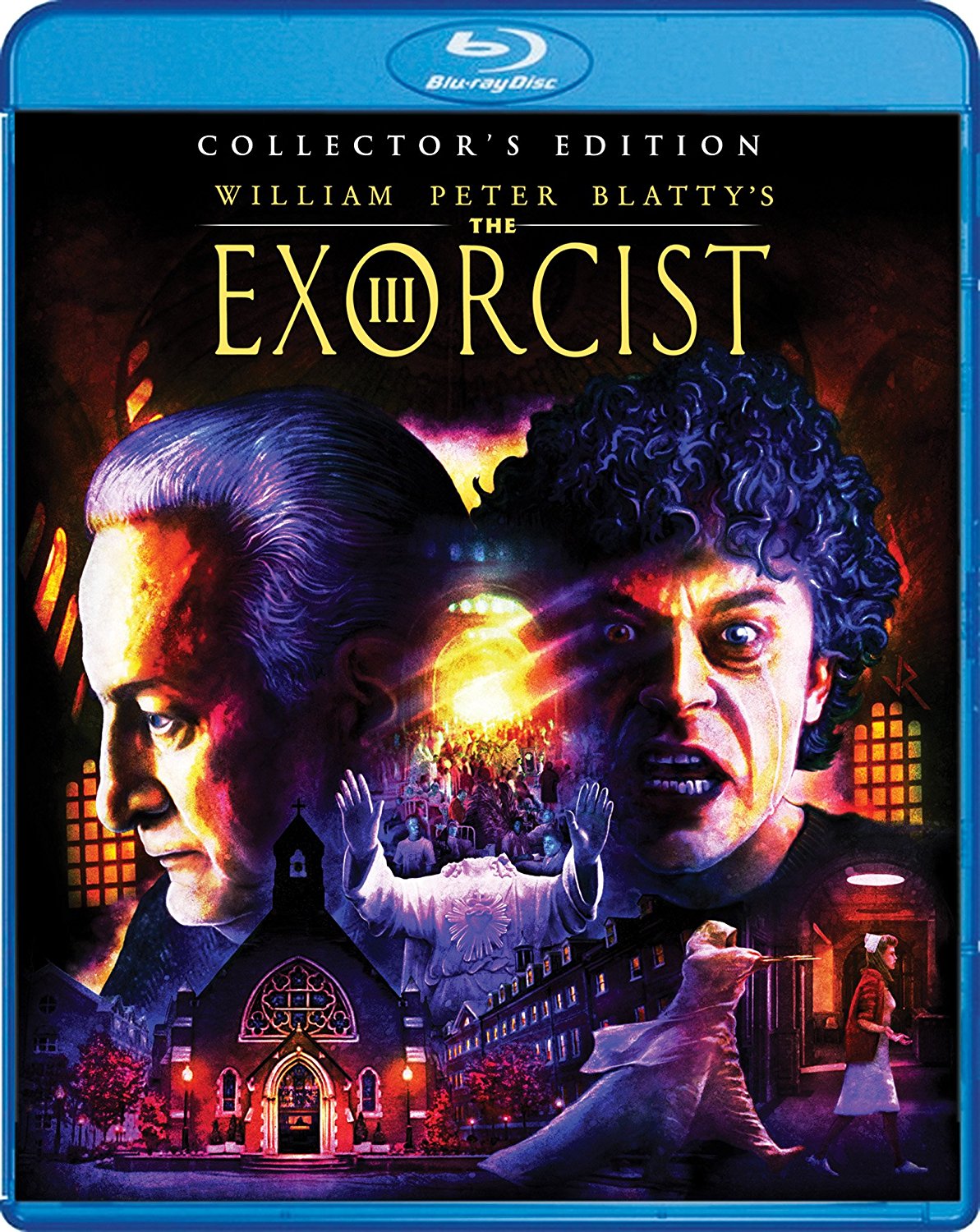 They're great all year but Shout/Scream Factory really comes to life around Halloween and their Collector's Edition of "Child's Play" is joined by an equally-impressive release for William Peter Blatty's much-maligned "The Exorcist III," which also happens to star Brad Dourif. Funny how that works. When this sequel came out, most critics and fans ignored it, but it's built a cult following over the years, and deserves another look, especially with Shout's excellent 2K restoration on this release. I found I barely remembered the movie, which shows how much a film can get burdened by expectations and previous entries in a franchise. I'm not fully on-board with those who claim this a horror classic, but it's definitely better than you remember. 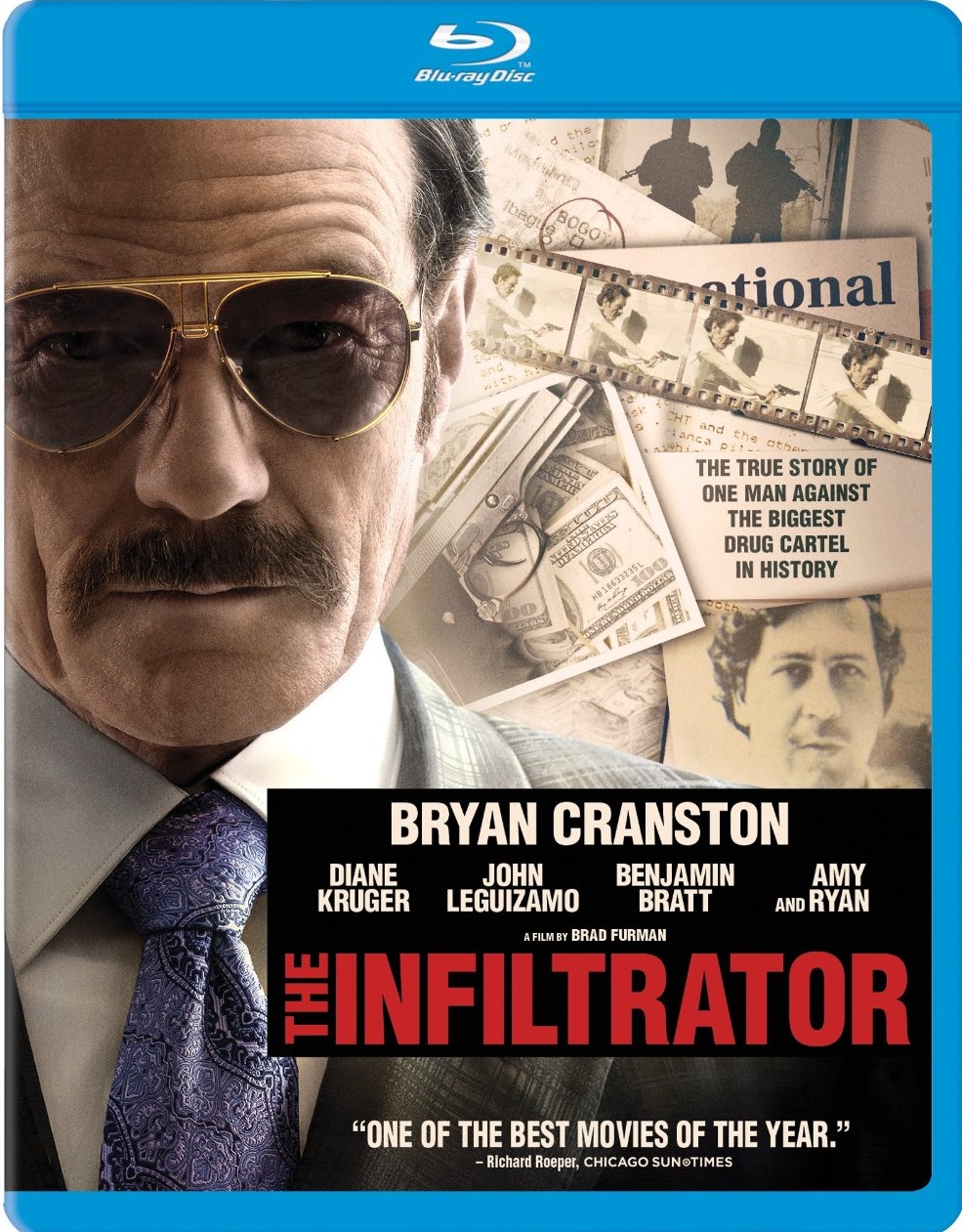 There's nothing particularly wrong with this story of the undercover operation that took down much of Pablo Escobar's cartel, but it doesn't do anything particularly new or well either. I take that back. Bryan Cranston is typically great here (better than "Trumbo" actually) as Bob Mazur, the federal agent who figured out that the war on drugs would never be won by busting low-level dealers and that someone had to get all the way to the top of the food chain. He grounds the film and allows it to stand out as a more-than-decent rental, especially for those looking for a tight undercover drama. 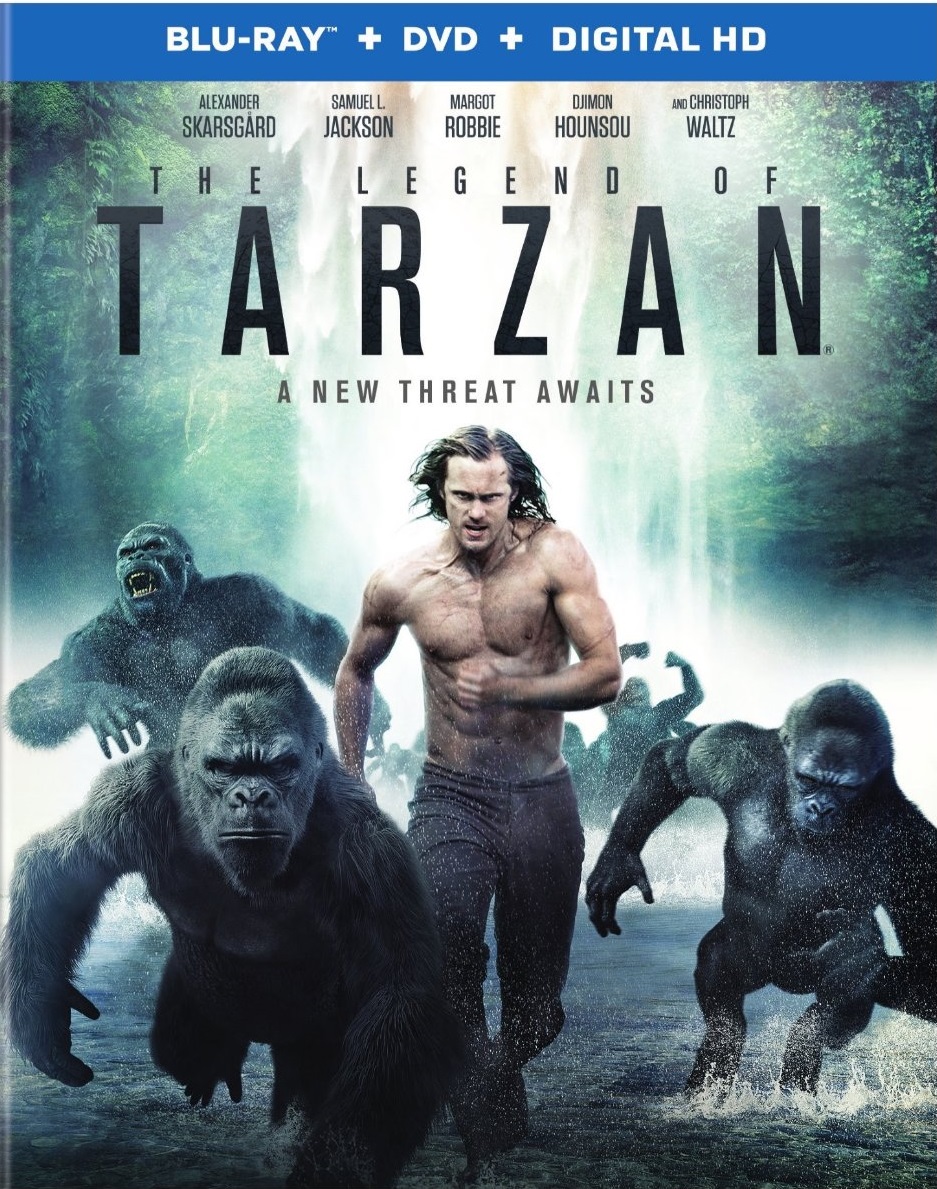 "The Legend of Tarzan"

While this column is mostly reserved for films that we would recommend for a rental or even a purchase, sometimes we throw in a bit of cautionary advice as well. When ads for "The Legend of Tarzan" first hit the web, I couldn't figure out who the movie was made for or who would be interested in seeing it. The film did very well, so clearly somebody was, but now that I've seen it I'm still confused. Sure, it looks pretty, but there's no dirt under this movie's fingernails. It's a surprisingly passionless take on the legendary character, despite Skarsgard's best efforts. Sam Jackson and Christoph Waltz are wasted. As we've been saying a lot lately, only Margot Robbie comes out looking like she's better than the film around her.

Special Features
Tarzan Reborn: Discover How Tarzan Has Been Reenvisioned for a New Generation
Creating The Virtual Jungle: Watch How a Soundstage in London is Transformed into the Wilds of Africa, Filled With Amazing CGI Gorillas, Elephants and Lions.
Battle and Bare-Knuckle Brawls: Ride Shotgun with the Visual Effects and Stunt Teams as they Create the Exciting Wildebeast Rampage, Tarzan vs. Akut Fight 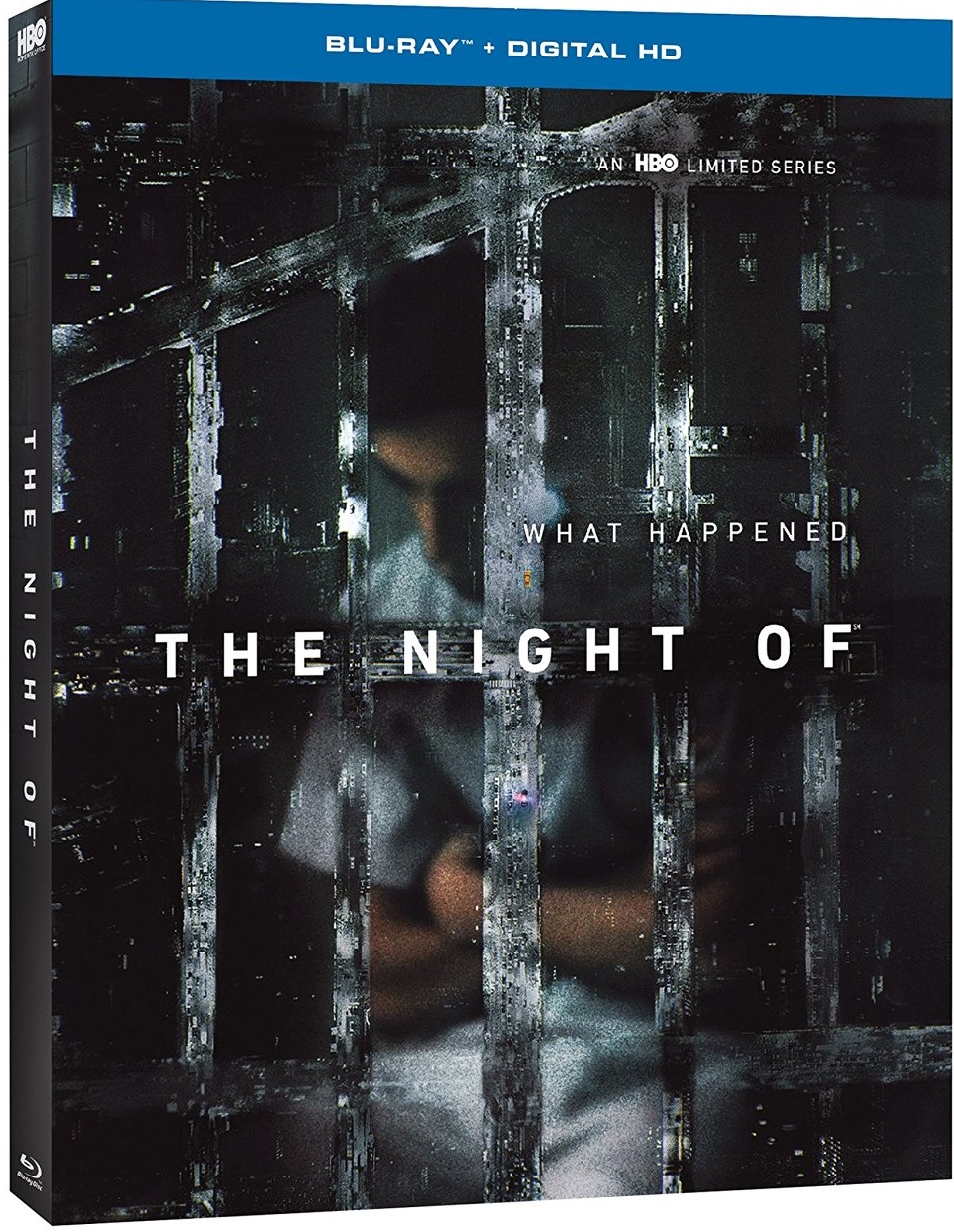 One of the television events of 2016 gets a bare-bones Blu-ray treatment from a studio that typically loads its HD releases with fascinating special features. While I'm surprised that there's nothing here to enhance the experience, it's still a show that you need to see, and fans of Peak TV should just buy it to have in their collection. Riz Ahmed stars as a young man caught up in the criminal justice system in New York City after he's accused of murder. John Turturro plays the down-on-his-luck attorney who takes the case. Created by Richard Price and Steven Zaillian, this masterful program isn't so much about guilt or innocence as it's about the process that renders both moot by what it does to the people involved. 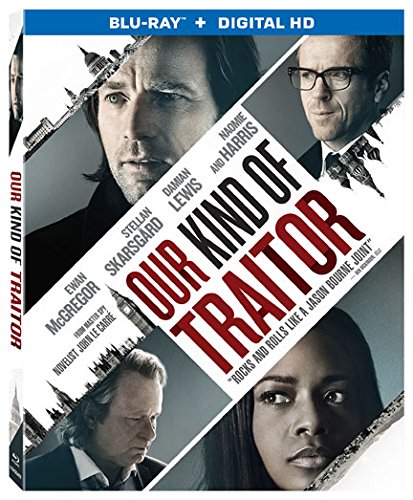 "Our Kind of Traitor"

It feels like there's a cinematic requirement to have at least one John Le Carre adaptation a year. This year's was decent. Ewan McGregor stars as a man traveling with his wife, played by Naomie Harris. He meets a Russian mobster, played with cool swagger by Stellan Skarsgard, who entrusts his new friend to take confidential information back to Russia, where he's intercepted by Damian Lewis, and drawn into a national game of espionage. Like a lot of Le Carre adaptations, there's so much going in in terms of plot that one loses interest in the characters but an above-average cast turns it into a decent rental for spy movie fans.

The wonderful folks at Twilight Time continue their impressive ability to draw unheralded films from the catalog and give them excellent HD treatments. In a time when too many films aren't getting Blu-ray releases ("Little Men" and "Goat" were just announced for DVD-only releases), it's great to have a company like Twilight Time affirm that it's not only blockbusters that warrant High-Definition. The most high-profile releases of this month from TT are probably the comedy classic "9 to 5" and Sydney Pollak's "Bobby Deerfield," starring Al Pacino, although I have a soft spot for the campy "Remo Williams: The Adventure Begins." The other three new releases are "Eye of the Needle," "From Noon to Three" and "Murphy's Law" with Charles Bronson.