Dawn Porter’s “Trapped” takes place during the ongoing debate for reproductive rights in America, a giant mess that only started with the final decision of Roe v. Wade decades ago. In states like Alabama, Mississippi and Texas, TRAP laws (Targeted Regulation of Abortion Providers) have forced ridiculous rules onto clinics, doctors and patients to ultimately diminish the total number of abortion procedures. The regulations like Texas' HB2 directly affect clinics, where abortions must be performed in ambulatory surgical centers, in cold rooms that appear more synonymous with open heart surgery. Or, in Mississippi, where patients must be warned about the many risks of abortion (and undergo a second ultrasound) even though the operation has no bigger effect on the body than childbirth. Piled on top of each other, dumped onto a dwindling number of medical professionals who actually fit the new standards and with intentional disregard for the needs of women themselves, the often psychological and economical TRAP laws do not just attack pro-choice—they expose a system-wide tragedy of when such choices are limited.

A furious yet focused documentary about the clinic owners, doctors and women who choose reproductive rights in such contested states, “Trapped” puts different faces to the entire pro-choice cause. Challenging the assumed distance between religious identity and abortion, Dr. Willie Parker is a Christian man who performs abortions in Mississippi and Alabama, one of the few doctors qualified fed by the new standards, albeit for a dwindling amount of clinics that creates higher demands for those still open. One of those clinics is Reproductive Health Services in Birmingham, Alabama, as run by June Ayers since opening it in 1985. No stranger to the difficult choices made by those who come into her clinic, she had an abortion when she was 19. Like others featured in the film, Dr. Parker and June make great personal sacrifices for what their belief in reproductive rights, while enduring legislature with angelic patience.

“Trapped” gets its narrative from the current state of affairs, in that it is more about the stagnant, daily chaos wrought by these bills (the struggle of a Tuscaloosa clinic to stay open while not able to serve anyone does provide a small arc). Porter's project airs the frustrations one-by-one of the various talking heads that it juggles, becoming a type of horror show about bills spreading through the south to destroy these businesses. All the while, "Trapped" is also informative about the non-complications within the abortion process itself—it is victorious even just for providing a clarity that the reproductive rights cause needs.

As distracted as the abortion debate may be by a predominantly male state legislature, “Trapped” repositions the gaze to what matters most. In a crucial, brilliant directorial choice, stories of how women became pregnant are very rarely divulged, and male voices, other than doctors, are very rarely heard (the men who impregnated the women are never heard). The documentary protects its abortion patients, too, always nameless with faces often out of frame—a seemingly necessary precaution, especially for a movie that has surveillance systems in the home or office as reoccurring B-roll. A documentary made mostly by women (Porter co-wrote with editor Sari Gilman), "Trapped" provides a refreshing perspective on an issue that has lost its personal connection through agenda.

Though the doc ends with various subjects' expressing motivations for choosing choice, "Trapped" lacks judgment for its opposing charge. It closely documents religious protesters and their signs, not shirking from putting in center frame the fetus imagery wielded on the posters they wave against abortion clinics. Even when “Trapped” catches a rally for the protest group Operation Save America, the camera’s attitude is civil, observant. Some protesters are also briefly given screen time, howling from behind fences or barricades. It’s from these passages that the delicate immediacy of the issue is so apparent. The abortion battle is framed as an everyday crusade, for either the man who screams at people walking into the health center, or the clinic itself struggling to stay open.

Unabashedly pro-choice, “Trapped” is not a debate itself, but it has no need to be. Taylor's film does not just have the law on its side, but extraordinary, human elements of character and compassion. "Trapped" is a tale of hard workers who just want to do their lawful, self-appointed duties, and protect an innumerable amount of women each year in the process. 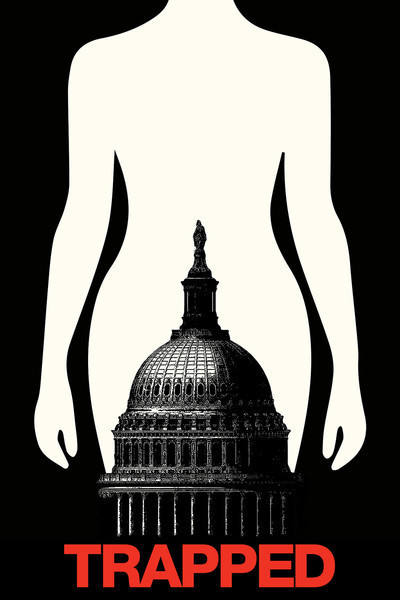 June Ayers as Herself

Gloria Gray as Herself

Dalton Johnson as Himself

Nancy Northup as Herself

Willie Parker MD as Himself

Marva Sadler as Herself