HBO’s “The Night Of,” starting Sunday and airing over the next eight weeks, unfolds like the great novels of one of its creators, Richard Price. The author of “Clockers” and “Samaritan” (among many others, but those are definite must-reads) has an amazing ability to tell stories of crime that aren’t mere whodunits but survey and analyze the cultural and urban landscape as their mystery unfolds. “The Night Of” contains universal truths but also couldn’t take place anywhere other than where it does and when it does, in a post-9/11 New York City. It approaches one crime from several different angles without ever losing the narrative or feeling unfocused. Each episode feels like it introduces us to a new major player just as essential as the one before, from the murder suspect himself to an attorney who lucks upon the case of his life to the retiring cop investigating one last criminal act and so on and so on. It is about the immigrant experience in NYC, the cruelty of the criminal-creating establishment known as Rikers Island, a legal system in which guilt and innocence are often afterthoughts, and, ultimately, a fascinating mystery. It is Agatha Christie meets “The Wire,” and it’s one of the best things on TV in an already-great year.

The opening hour-plus of “The Night Of” spends almost all of its time with Nasir “Naz” Khan (Riz Ahmed from “Nightcrawler,” and also appearing in the upcoming “Jason Bourne” and “Star Wars: Rogue One” in an effort to have the most breakthrough 2016 possible), a Pakistani-American college student living in Queens. He seems like a nice kid, the kind stunned to be invited to a cool party in Manhattan on an October night. When his friend, who is also his ride, bails on him, Naz “borrows” his father’s taxi to go into the city. As he’s trying to find the party, a beautiful young woman gets into his cab. She wants to go to the beach. She's pretty enough and mysterious enough that Naz plays along. By the end of the night, he’ll be arrested for murder.

This first hour, shot by the legendary Robert Elswit (“There Will Be Blood,” “Inherent Vice”) and directed by Steven Zaillian (all but one hour were helmed by the director of “Searching For Bobby Fischer,” and that one was directed by “Man on Wire”’s James Marsh), hums like the best procedurals. Modern, educated TV audiences know something is going to happen to Naz—there’s no show otherwise—but the premiere takes its time with details that you won’t even know matter until episodes later when the show is in trial. Every encounter, every decision, every moment feels both naturally captured—thanks in large part to Ahmed’s spectacularly lived-in performance, which only gets better in subsequent episodes—and also part of a complex piece of art. In that sense, “The Night Of” reminds one of Lumet’s '70s and ‘80s films in that character is never lost in the “bigger picture” of mystery or commentary. Lumet had an incredible ability to tell NY stories that were both sprawling and intimate. "The Night Of" shares that duality.

It also doesn’t hurt that the arguable protagonist of the piece, attorney John Stone (John Turturro) has echoes of Paul Newman’s Frank Galvin from “The Verdict.” He carries around business cards with his smiling face and just happens on Naz in the precinct holding cell on the fateful night in question. Does he see innocence in Naz’s eyes? Or does he just see opportunity? Exactly what each of the key characters in “The Night Of” are getting out of the situation, especially major players like Detective Box (the great Bill Camp) and a young attorney named Chandra (Amara Karan), becomes essential to the way it unfolds. And when Naz gets to Rikers, where young men are held until trial and either hardened further or possibly even killed, he meets a career criminal (the mesmerizing Michael K. Williams) who sees him as an opportunity. “The Night Of” exemplifies the ripple effect of not just crime but the mechanics of a criminal investigation, from the men whose path crosses with Naz’s at Rikers to his family (including the great Asghar Farhadi regular Peyman Maadi as Naz’s father), unable to cover his defense.

On top of all these great ensemble performances and memorable characters, there’s a riveting procedural element to “The Night Of,” especially in the early episodes, in which Zaillian and Price display an obvious fascination and respect for relatively unwanted jobs being done—from the graveyard shift at the police station to the morgue attendants and so on. It’s the kind of show where you distinctly hear the squeak of a dry erase marker as it writes “Homicide” on the white board. “The Night Of” doesn’t cut corners, giving Price fans the details they expect but that we rarely see in episodic television. And yet the balance between detail and character is never thrown off. In one sense, it’s a procedural with a protagonist uninterested in procedure or facts (Stone makes clear that he doesn’t care if Naz did it or not—actual guilt or innocence is only one issue in the criminal justice system). It unfolds confidently as a great crime novel AND as a character study of two men who would never meet if not for a murder, likely because of Price’s ability with the detailed mechanics of the crime novel mixed with Zaillian’s very human touch with actors. Let’s hope they work together again soon.

(Note: They only made seven of eight episodes available for press so if it all goes off the rails in the final hour, remember the star rating is based on what I’ve seen. I have faith, though.) 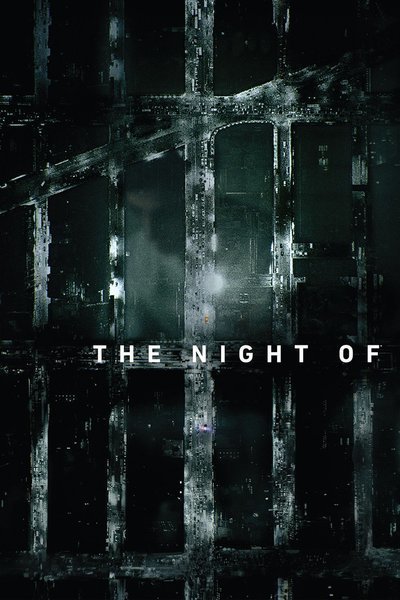