Our Kind of Traitor

The work of the British novelist John le Carré is inextricably linked, in the minds of many readers, with the Cold War. But he, like many others plugged into current events, has long understood that the fall of the Soviet Union did not, by any means, put an end to Russian, British and American-accented espionage hijinks. His 2010 novel, “Our Kind of Traitor,” capitalizes on explicit links between high profit gangsterism in the former USSR and government corruption in the West, whose self-righteous self-image is just one reason it likes to keep such things tightly under wraps.

The movie adaptation, directed by Susanna White and starring Ewan McGregor, Naomie Harris, Stellan Skarsgård and Damian Lewis, is a handsome and often absorbing picture. It begins with the depiction of an unusual ceremony, culminating in the bestowal of a pistol on someone we believe to be a lucky dealmaker; as is the custom in old gangster movies, however, the gift is in fact a “marked for death” gesture, and several bleakly depicted murders follow, in the snow, yet. Cut to the altogether sultrier climes of Marrakesh, where McGregor’s Perry Makepeace (nice name, John) is unsuccessfully trying to warm up longtime girlfriend Gail (Harris). A rift has occurred in their relationship, a bad one. And while it’s not revealed for a while just what it was, it seems highly ill-advised for Perry, once by himself, to accept the invitation of a blustery Russian named Dima (Skarsgård) to go out and party with him. But go out and party with him he does, and while he’s entranced by visions of (probable) call girls riding horses through the hallways of the site of the revels, he’s also got sufficient conscience to step in and break up a sexual assault. Dima admires Perry’s nerve, or stupidity, in this incident: the would-be rapist, a heavily tattooed ape, is, like Dima, a Russian mobster. Dima deems Perry either noble enough, or stupid enough, to entrust, and enlists him as a sort of carrier pigeon: Perry is to bring British intelligence a teaser of some incriminating evidence that Dima is willing to part with in exchange for safe haven for himself and his family in Britain. Seems he’s under the impression that someone is going to be gifting him with a special pistol some time soon.

Perry agrees, Gail semi-balks, and soon enough they’re embroiled in a scheme headed by an agent who happens to have an agenda of his own pertaining to one of the British bigwigs on Dima’s list of the corrupt. Far from a simple courier, Perry becomes a major player in the deal. Gail and Perry see their relationship healing as they get to know Dima and his family, and develop protective instincts toward them. Perry’s a professor of poetics, and we see him teaching T.S. Eliot, and evoking Dante, one of Eliot’s great heroes. Later in the movie a character speaks of a certain kind of espionage work as being for “people disillusioned with their lives, who have lost their way … giv[ing] them back a sense of purpose.” Which of course evokes the opening of Dante’s “Divine Comedy,” in which the protagonist, at middle age, finds himself lost in a forest. And the movie ends with a shot that evokes both Eliot’s “The Waste Land” and the video for Yes’ “Owner of a Lonely Heart.” These touches are a bit heavyhanded, to be honest, even as the movie’s action, featuring train travel to secret rendezvous spots and other pleasing bits of spy movie spycraft, will prove a pleasure to the genre fan. While White’s direction is atmospheric, the sense of tension never gets crucial; the movie’s got more of a mood of resignation than of conflict. For all its respectful and respectable qualities, it also suffers from a certain inertia. 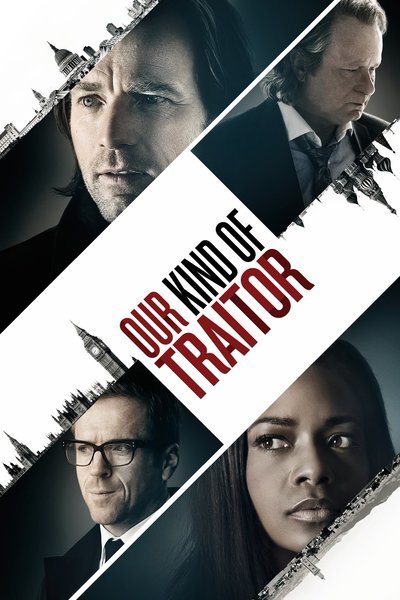 Rated R for violence, language throughout, some sexuality, nudity and brief drug use