And ... we're back! Welcome to 2016, dear readers of the Home Entertainment Consumer Guide, your one-stop walkthrough of viewing pleasures on Netflix, other streaming services, Blu-ray and DVD. What's new? What's good? What should you watch this weekend? We're starting the year a little differently, highlighting 10 interesting, quality offerings on Amazon Prime as well as our standard "New to Netflix" section. Amazon has been increasingly robust lately in their streaming options, even getting a few films that were only recently released in theaters for their Prime members. Pick one to watch. Then scan down to the Blu-ray/DVD section as the year starts strongly with a fantastic Criterion two-film release, one of the best documentaries of 2015 and a few arthouse hits you may have missed. Get your calendars out and cancel your plans for the next week. There are movies to watch!

10 TO WATCH ON AMAZON PRIME 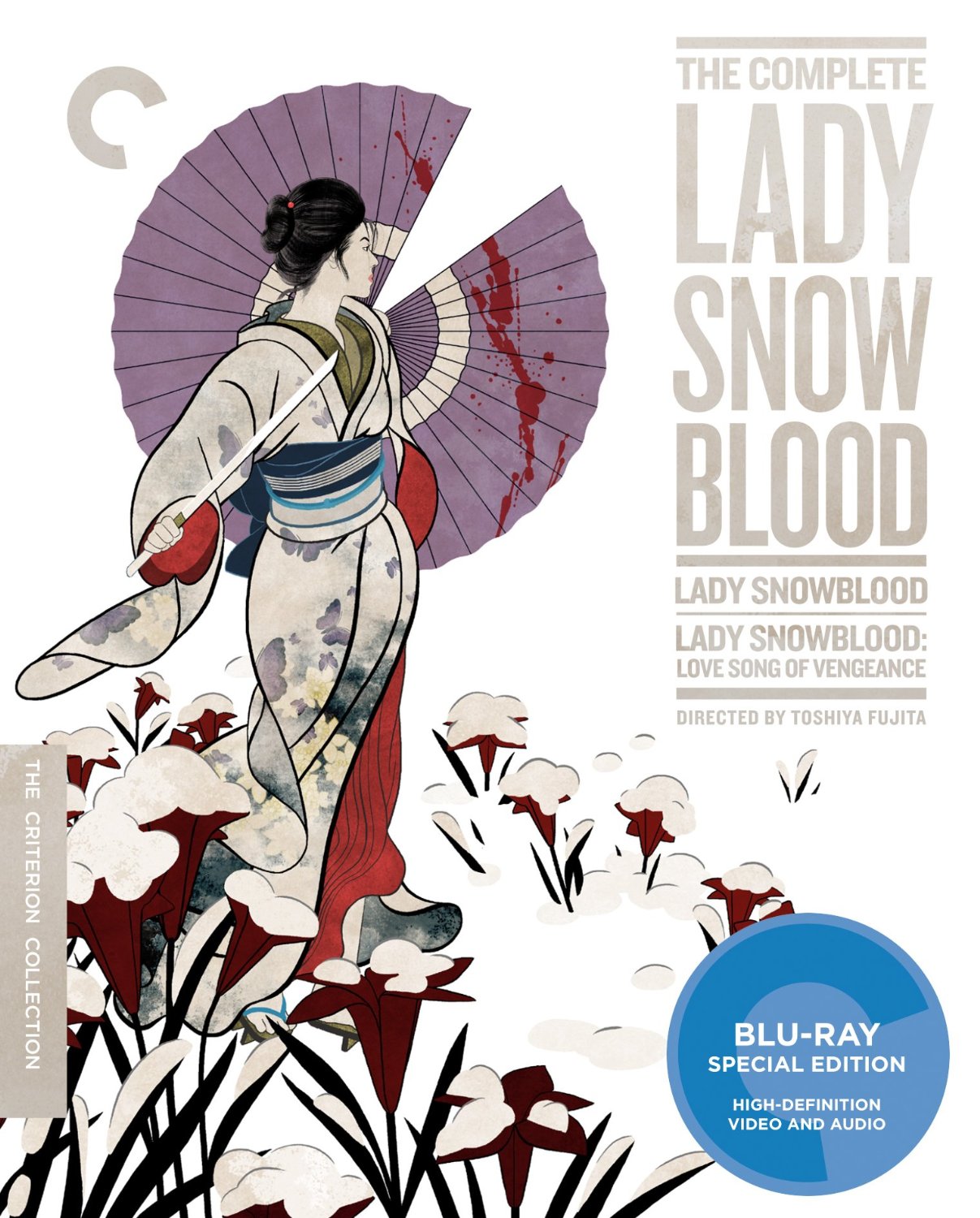 I had never seen Toshiya Fujita's "Lady Snowblood" until this Criterion Blu-ray release, but always knew that it was a major influence on Quentin Tarantino's "Kill Bill." Not only can you see more than just homage to "Snowblood" in Tarantino's near-remake but it's clear that Fujita's film influenced everything he's made since stylistically, from the chapter titles to the unique chronology (I also never connected this film to Chan-wook Park's "Lady Vengeance," but, well, duh). Ignoring for a minute how many people have cribbed from it in the 40 years since, "Lady Snowblood" simply rules. It's a visually striking vengeance flick that feels like it was wrongly lumped in with a bunch of foreign violence/exploitation/martial arts films of the '70s. The tale of a woman seeking vengeance on the people who raped and imprisoned her mother could be released today, especially with the gorgeous restoration from Criterion. It's engaging both narratively and visually, with some of the most striking imagery you'll see on a Blu-ray this year. Criterion is opening the year at a near-peak, setting the bar for releases yet to come in 2016. Even 12 months from now, I find it hard to believe this won't be one of the best. The next time there's a flash sale, put this in your cart before it sells out.

Special Features
New 2K digital restorations of both films, with uncompressed monaural soundtracks on the Blu-rays
New interviews with Kazuo Koike, the writer of the manga that inspired the films, and screenwriter Norio Osada
Trailers
New English subtitle translations
Plus: An essay by critic Howard Hampton 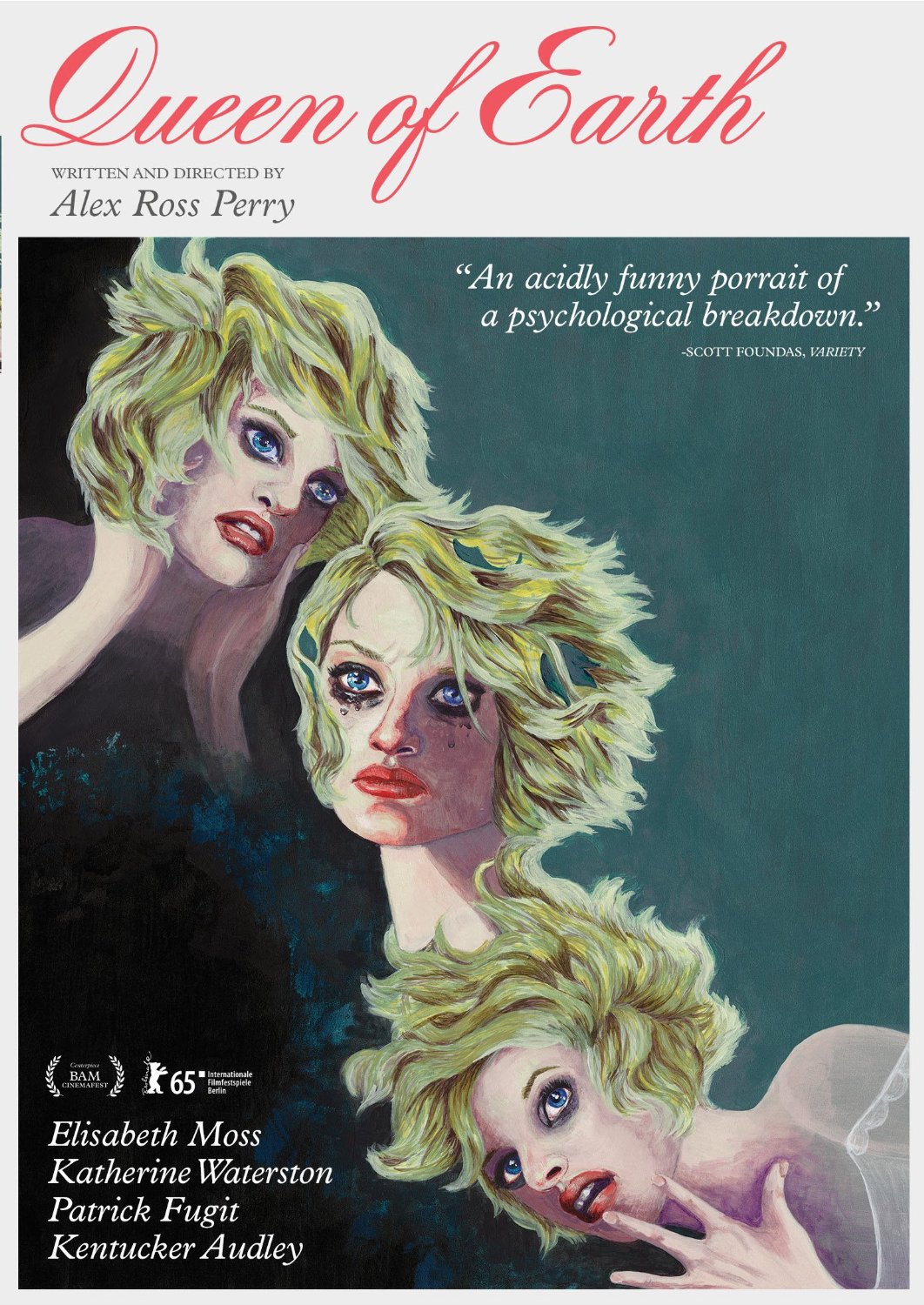 Alex Ross Perry's drama of depression and bitter friendship is one of the most underrated films of 2015, featuring two of its best performances. How underrated? Even the studio that released it didn't deem it worthy of a Blu-ray release, which is just unacceptable in 2016. Pick it up on DVD instead to see a brilliant study of a woman descending into madness when she loses the two men that centered her in this world: her father and boyfriend. She returns to a lake house with a friend at which she was so much happier a year earlier, as Perry cuts back and forth between that happier time and today, playing with roles of female friendship, support and even resentment. Elisabeth Moss and Katherine Waterston do the best work of their careers to date. It's a must-see. Even on DVD. 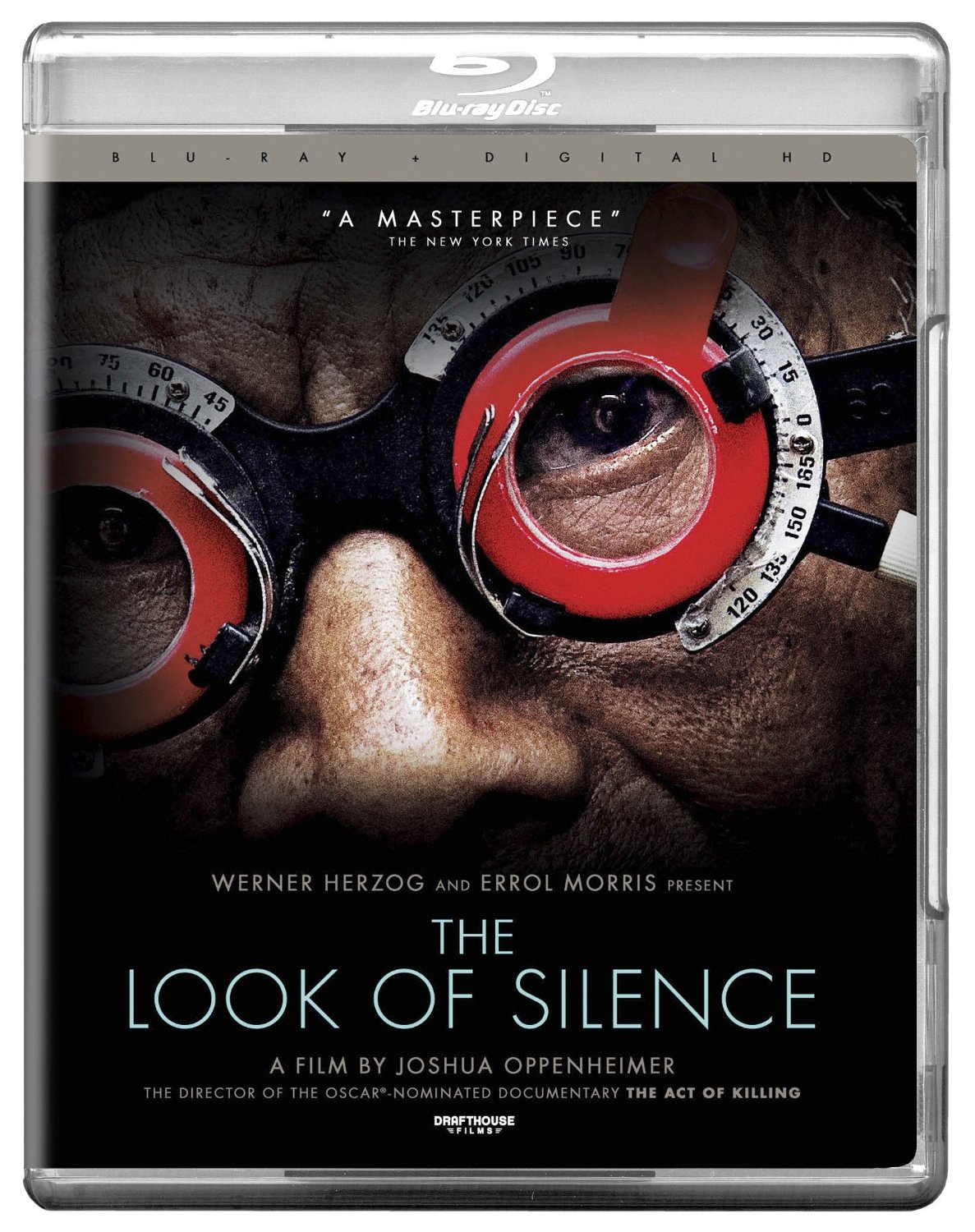 "The Look of Silence"

Speaking of must-sees, Joshua Oppenheimer's follow-up to "The Act of Killing" could be the dark horse to steal the Oscar from frontrunner "Amy" next month. (Personally, I'd go with "Listen to Me, Marlon" but nobody asked me). Whatever wins, Oppenheimer's film is an essential one, a mesmerizing look at the other side of violence and how lack of acknowledgement of evil allows it to linger. The people in Oppenheimer's film not only live in the shadow of violence, but are neighbors with its perpetrators. How does it impact a society when we deny our most painful chapters? Using a completely different approach from the theatricality of "Killing," Oppenheimer proves that he is a very important filmmaker, and I can't wait to see what he does next. I have a feeling, like our best documentarians, we'll be writing about Oppenheimer every few years for the next several decades. As for the great Drafthouse Blu-ray release, it includes converations with Errol Morris and Werner Herzog about the film, so you know you want it, and you know the company Oppenheimer now belongs in. 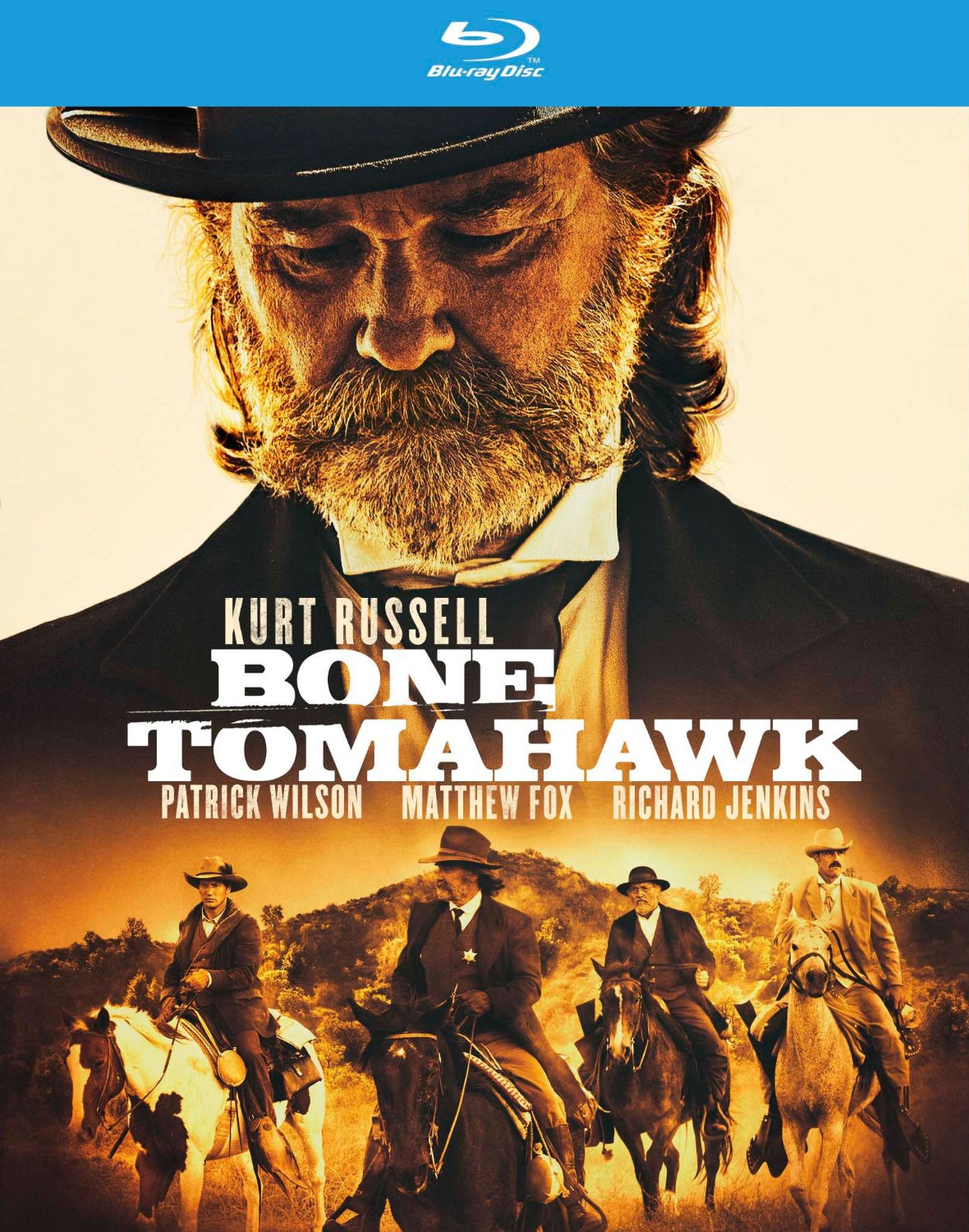 Try not to join in the "Bone Tomahawk" vs. "The Revenant" vs. "The Hateful Eight" conversation that seems to pop up in Film Twitter every 22-23 minutes. It's not worth the fight. I'll be the jerk who says that all three are good, and, even more importantly, all three are actually very different. "Bone Tomahawak" is the most old-fashioned of the bunch (thereby engendering support from purists annoyed by Iñárritu's and Tarantino's self-indulgence) but that's not to imply it doesn't have its own subversive charms too. And, of course, two of them share Kurt Russell and his awesome facial hair. What's fun about "Bone Tomahawk" is that it's something of two movies in one. For two acts, it's an old-fashioned Western as a posse (including Russell, Matthew Fox, Patrick Wilson and Richard Jenkins) tracks down a kidnapped woman. Then it becomes something very different, and terrifying. This is a clever genre offering, the kind of movie that grows in cult status over the years. Get on the bandwagon early, if it's not too late already. 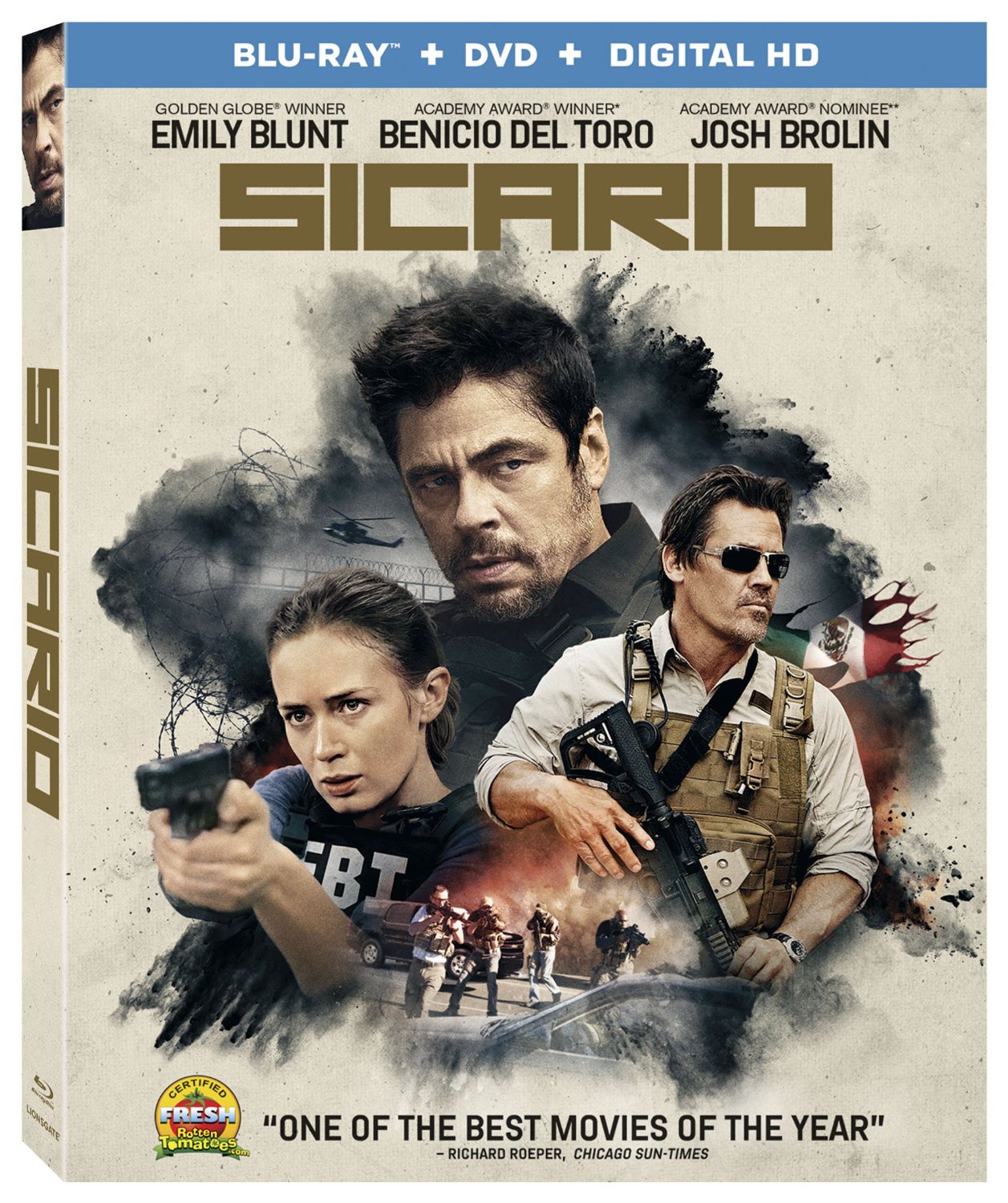 Coming off its nomination for Best Picture yesterday from the Producers Guild of America, Denis Villeneuve's thriller about the drug war is building steam as an awards season player. What I've found interesting about the response to "Sicario" since its September release is how much the people who love it, REALLY love it. My high three-star review still was deemed as too negative for fans of this film. Watching it again, I may have been a little harsh, but I still find some of Villeneuve's filmmaking self-indulgent and the narrative saggy in the mid-section. Ignoring that, I like the film, and always have. You should see it, even if you do so just for the incredible work by Benicio Del Toro, who won Best Supporting Actor from the Chicago Film Critics Association for this performance. 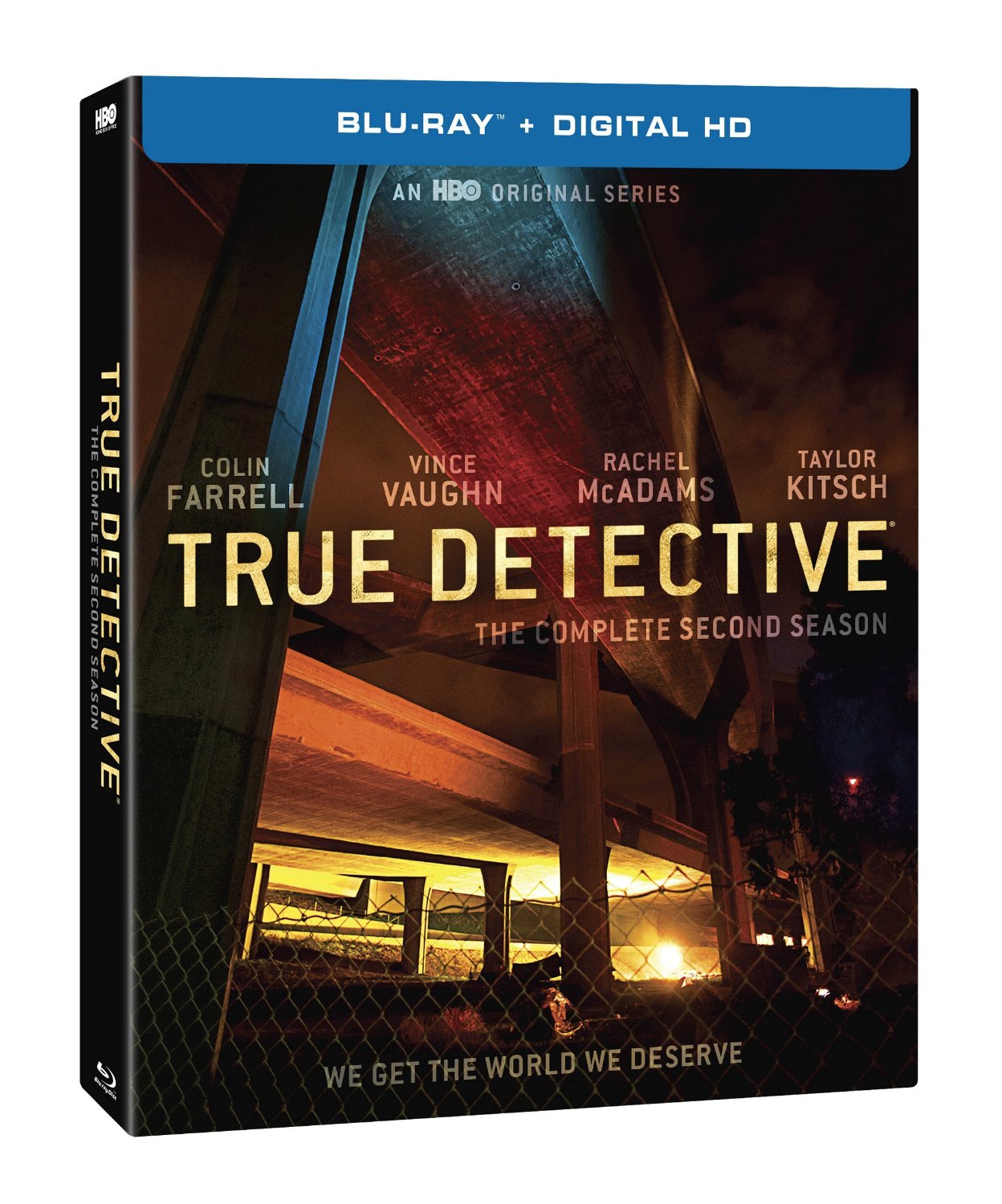 The Most Hate-Watched Show of 2015 is now on Blu-ray and DVD, awaiting your reconsideration. Don't worry. I'm not here to proclaim that season two of "True Detective" was anywhere near as effective as the first season or that it belongs in Best TV of 2015 pieces, but it was also FAR from the worst show of the year. There's an odd backlash that comes with success and expectation. Believe it or not, there's room between the greatness of season one of HBO's hit show and the bottom of the barrel into which so many people wanted to throw this season. I find season two of "True Detective" interesting in small beats: scenes that work, performances I like, ideas left unexplored. It's that those beats don't coalesce into something as impressive as last year or the best TV of this year that frustrates people and I get it. But maybe outside of the buzz machine that put its premiere on a pedestal it didn't deserve, we can appreciate the few things that season two of "True Detective" does well and learn what to expect and hope for from season three. 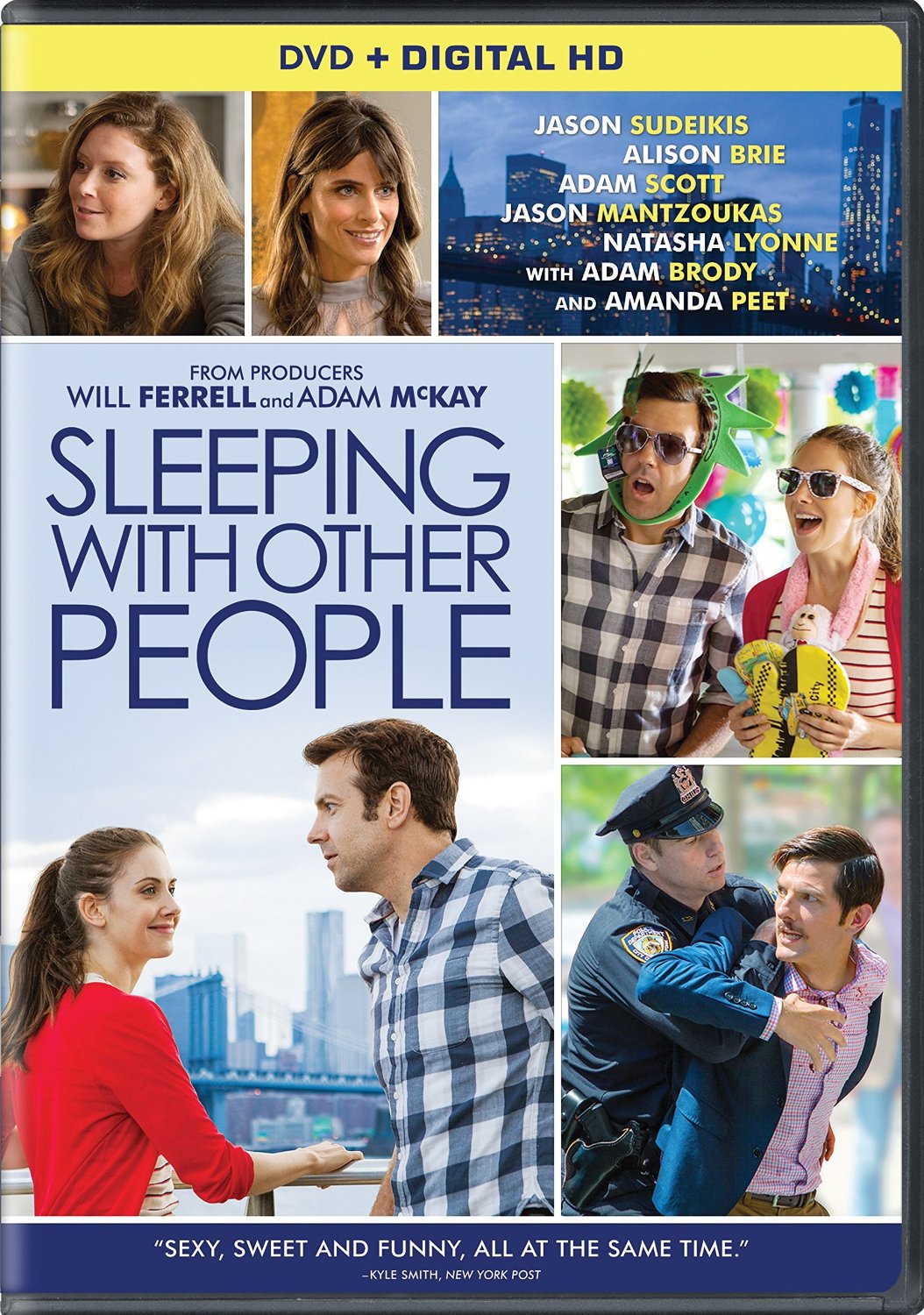 "Sleeping with Other People"

Jason Sudeikis and Alison Brie are charming in Leslye Headland's romantic comedy, even if the film makes it a little too bluntly clear how charming it thinks they are. Described by its creator at Sundance as "When Harry Met Sally for assholes," this surprisingly acclaimed comedy is the second film in this week's guide to be getting a DVD-only release. Shameful. As for the movie, it's evidence of how barren and desperate we are for a solid romantic comedy that so many people I know proclaimed this one the best of the genre in years. They may be right, but that's more reflective of the genre than this film, which is often a bit too forced and eager to please. I love Sudeikis and Brie in it though, and I honestly can't remember the last romantic comedy with two leads that I could say that about. 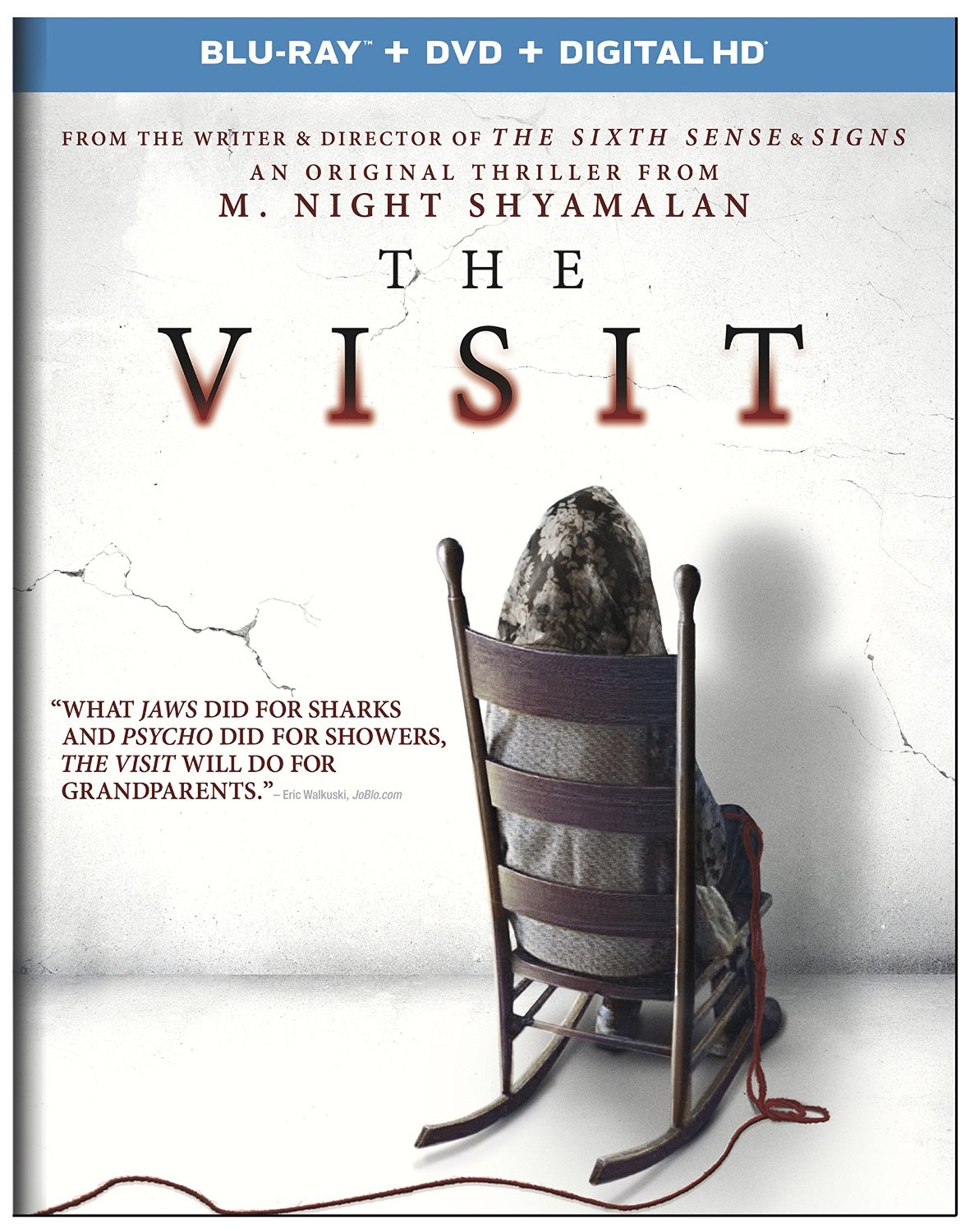 M. Night Shyamalan's lately was widely considered a return to form for the director after a few serious missteps. Saying it's his best film since "The Village" feels like faint praise given the way most of us responded to "The Happening" and "The Last Airbender." I'll say this about "The Visit," it's nice to see Night so playful, essentially delivering a horror-comedy as much as anything else. For the most part, "The Visit" is an enjoyable oddity, a bit of filmmaking that comments on the fact that all teenagers think old people are a little weird. It has a twist that I would think most people saw coming very far away (I was actually surprised when it was referred to as a twist) but the film doesn't seem reliant on it. It's a bit too long, and no one should have ever let the kid rap, but I think it offers promise of what the next phase of Shyamalan's career could be in low-budget, fun horror movies. 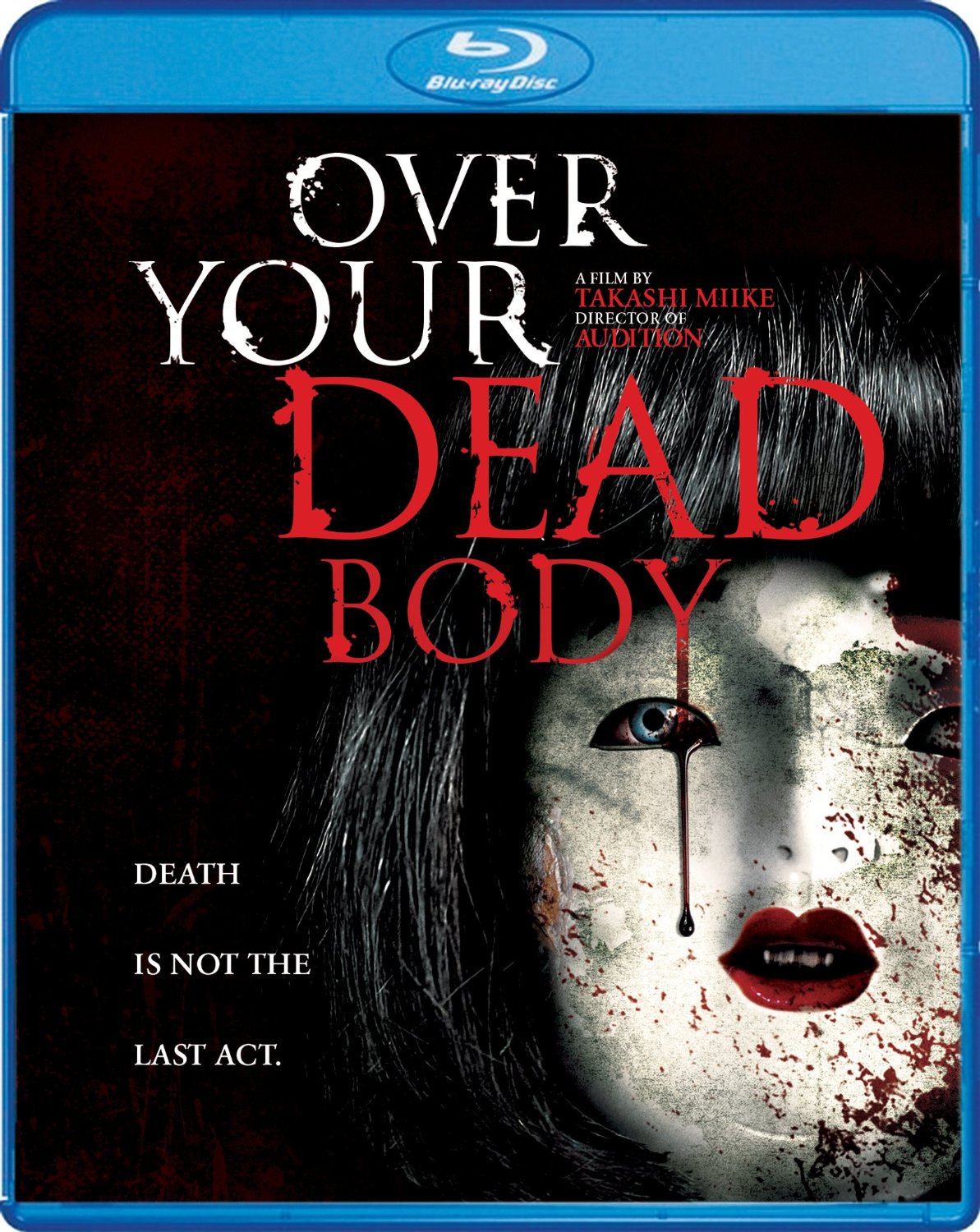 "Over Your Dead Body"

Too moody and half-asleep to be as effective as one would hope, there's still value in Takashi Miike's latest supernatural drama/thriller/experiment. If "The Visit" finds Shyamalan getting playful, this one finds Miike getting serious, and too much so. The narrative of a theatre production in which the behind-the-scenes drama weaves itself into the on-stage drama and then into something terrifying is too purposefully slow, almost as if Miike knows there's not enough meat on these bones and so he stretches scenes to meet a theatrical running time. It feels like "Over Your Dead Body" would have worked better as a short film in an anthology, like what Miike did for "Three ... Extremes."