After awkwardly collecting dust in the Weinstein attic for at least five years, Mikael Håfström’s “Shanghai” is finally getting released. This pre-WWII noir, released in China in 2010 before going MIA until this weekend, cannot blame time for any of its flaws, no matter the year. Even if an uncredited editor were hired to make clear sense of these pieces, the film wouldn’t work. Like a ball of Christmas lights dumped on our laps by Uncle Harvey (Weinstein) after missing for years, the knotted and frustrating “Shanghai” is now out for audiences to dare to untangle, if that sounds fun.

John Cusack plays Paul Soames, an American spy who comes to Shanghai in October 1941, pretending to be a Nazi-sympathizing reporter for the Shanghai Herald, planning to meet up with his fellow spy friend Conner (Jeffrey Dean Morgan). However, Conner is killed one night while seeing a mysterious woman named Sumiko (Rinko Kikuchi), causing Paul to seek out who committed the murder (even though it could have been anyone, considering the murder is more like a protocol hit than a casual kill). While attending a party in the German sector of the city with his Nazi friends, he meets a Japanese general named Tanaka (Ken Watanabe) and a Triad boss in very good graces with the Japanese, Anthony Lan-Ting (Chow Yun-Fat), husband of a woman that Paul actually randomly flirted with the night before, Anna Lan-Ting (Gong Li). Anna secretly works with the Chinese Resistance against soon-to-be-invading Japan, and is present during brutal attacks on Japanese officials. Nonetheless, Paul thinks that if he can find Sumiko, then he can solve Conner’s murder. At the same point, Paul’s personal investigation intersects with his growing interest in Anna, which then leads Paul to learn about a Japanese warship, missing from port in the late fall of 1941.

“Shanghai” is clearly inspired by the likes of “Casablanca,” but its execution with archetypes and pulp is of a greedier, lazier, modern breed, propelled by the desire to always have "something big" happen, whether that means twisting a character beyond their believable limit or relying on happenstance. Eventually, everyone in “Shanghai” seems to be some sort of spy "just because," and Cusack’s lead snoop has only made progress from a single murder to a World War with very dumb luck.

Håfström’s film is also at odds with its own emotional desires. It wants to be a type of political statement about the widespread damage of war, and how one life means nothing in the hardened environment. Many scenes of violence conclude with police photograph-like snaps of dead bodies, belonging to characters we barely know, but the brutality is meant to be scarring enough. But simultaneously, the film focuses on Paul's tedious obsession with a single person, the missing Sumiko, despite the much bigger picture of its international boiling points. By "Shanghai's" end, for a film that ends on the day that Pearl Harbor is attacked, there's a baffling lack of immediacy to such threat of doom.

Cusack's involvement here is like the whole "Shanghai" package—sometimes inspired, but in other ways unnatural in its forceful genre desires, without the sharpness to back it up. The inherent neuroses that he brings to a wide variety of movies, from comedy ("High Fidelity") to horror ("Identity"), is a welcome touch for a spy character, especially within politically intense conditions. When Paul watches a man be executed, his gaze of shock feels genuine; the same anxiety resonates when he is jokingly threatened by triad Anthony for possibly flirting with his wife. And it's worth saying that his vocal tone even works for the genre voice-over, giving juice to pulpy dialogue such as: “Laughing at their jokes is like eating breakfast from the gutter.” But, like the film, Cusack's Paul doesn't become a complete package, as these nerves don't match with other instances in which this Navy spy effortlessly caps a few no-name bad guys with the reflexes of a Connery-era James Bond. As the story of “Shanghai” gets progressively out of control, so does Paul become an ambitious fictional being out of the narrative’s grasp.

There are bigger, more reliable heavyweights in this production, but their charisma is stuck in the genre muck. Gong Li is put to a great amount of work as the most active member in the ensemble, but she has scant character aside from his intricate allegiances. As with Li and others, the inclusion of these big names makes for crowd-pleasing appearances at most: Chow Yun-Fat speaks with his big smile, and has an action moment or two that will recall “The Killer.” Meanwhile, Ken Watanabe uses his masterful, intimidating presence to simply sneer through the movie, unable to create a full character by the time “Shanghai” changes its spotlight to him.

“Shanghai” yearns to be a contemporary action movie, but in a different period and with an overeager amount of twists instead of bullets. Klaus Badlet’s thundering score distances from the ‘40s period and tries to achieve the same ebbs and flows of the audience’s attention as a “Taken” movie soundtrack. Håfström’s noir vision does have some slick atmosphere, including some great things to look at, but it has very little to grab onto, never mind take out of the theater, other than a headache. 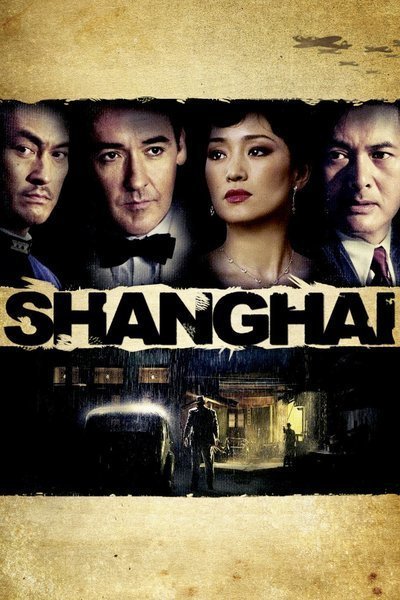 Rated R for strong violence, some drug use and brief language