By all accounts, 2013 has been a striking year for black film directors. There were eleven films with black filmmakers this year: "12 Years a Slave" (Steve McQueen); "Black Nativity" (Kasi Lemmons); "Baggage Claim" (David E. Talbert); "The Best Man Holiday" (Malcolm D. Lee); "Big Words" (Neil Drumming); "Fruitvale Station" (Ryan Coogler); "Lee Daniels' The Butler"; "Mother of George" (Andrew Dosunmu); "Oldboy" (2013) (Spike Lee); "Tyler Perry's A Madea Christmas"; and "Tyler Perry Presents Peeples" (Tina Gordon Chism). The films include historical dramas, romantic comedies, a biopic, a Korean thriller remake, and holiday-themed movies. Black directors cover a wide range of material, but it's also important to note their appearance on the small screen as well. On any given day since the 1970s, American audiences have watched a movie or television episode directed by a black person. After many black directors were pushed out of filmmaking during the Blaxploitation era, several turned to episodic work and have maintained a steady array of directing credits in television. 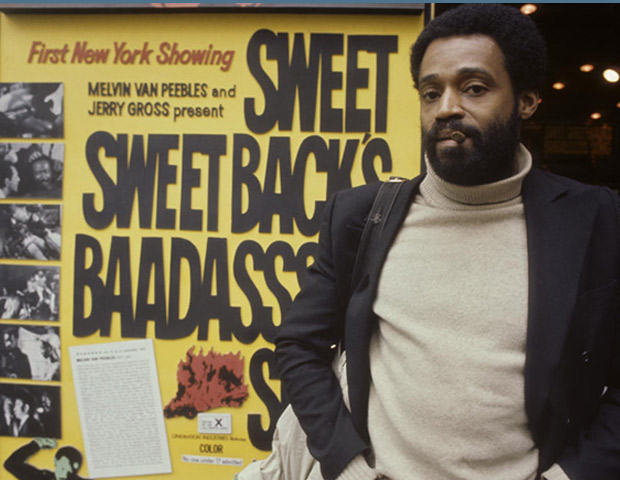 In 1971, Melvin Van Peebles wrote, directed, produced, scored, starred in, and released "Sweet Sweetback's Baadasssss Song", now considered the father of Blaxploitation films. Following Sweetback's April release, legendary photographer released "Shaft" in July 1971. In 1972, Gordon Parks, Jr. released "Super Fly", and William Crain led cult classic "Blacula", but by 1973's "Cleopatra Jones", "Coffy", "The Mack", and "Scream, Blacula, Scream" were all in the theatre, white directors had begun taking over the black action hero genre. Many black directors moved toward comedies such as Sidney Poitier's "Uptown Saturday Night" (1974), "Let's Do It Again" (1975) and "A Piece of the Action" (1977); and Michael Schultz's "Cooley High" (1975) and "Car Wash" (1976). Schultz went on to direct "Sgt. Pepper's Lonely Hearts Club Band", "The Last Dragon", and "Krush Groove", before moving on to direct episodes from popular '90s and early '00s shows like "Sisters", "Picket Fences", "The Practice", and "Ally McBeal". He is still active in television, with recent credits including "Chuck", "Hart of Dixie", and "Arrow".

Despite Michael Schultz's steady stream of work, the number of black-directed movies tapered off in the late 1970s, and not until Spike Lee's 1986 classic "She's Gotta Have It" did the country see another film directed by a black person. The late '80s included feature films like "Hollywood Shuffle" by Robert Townsend and Keenen Ivory Wayans' "I'm Gonna Git You Sucka", plus Eddie Murphy's only directorial attempt "Harlem Nights", but the 1990s saw a relative explosion of black directors.

Reginald Hudlin opened the 1990s takeover with "House Party" (1990), starring rap duo Kid 'n Play. Hudlin went on to direct the Eddie Murphy vehicle "Boomerang" in 1992, and "Ladies Man", starring Tim Meadows in 2000. Currently, Hudlin has a home in episodic direction, working on shows like "The Bernie Mac Show", "The Office", "Modern Family", "Psych", and "Bones". Despite Hudlin's comedic introduction to 1990s black film history, it is work by Mario Van Peebles, son of Melvin, and John Singleton that left an inedible mark on mainstream media. Mario Van Peebles' "New Jack City", a harsh look at the spread of crack cocaine in New York City, opened in January 1991 and began another round of urban reflection, without the camp of Blaxploitation films. Singleton's film "Boyz N The Hood", released in July 1991, took its audience to the west coast and highlighted the challenges of being young and black in South Central Los Angeles. Singleton became the first African-American and the youngest person ever nominated for Best Director at the Academy Awards. 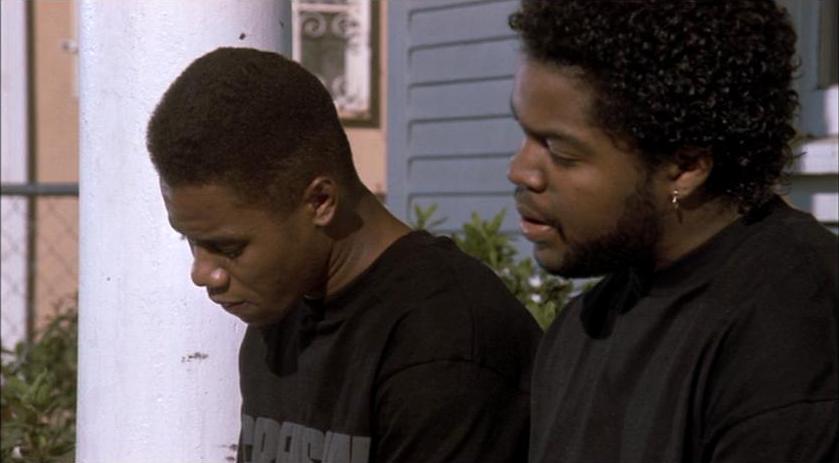 The '90s continued to swell with black directors such as Ernest Dickerson ("Juice", "Bulletproof"), Bill Duke ("Deep Cover", "Hoodlum"), Rusty Cundieff ("Fear of a Black Hat"), the Hughes Brothers ("Menace II Society"), and with additional films from Mario Van Peebles, John Singleton, and Spike Lee. Former music video director F. Gary Gray stepped into filmmaking with "Friday" (1995) and "Set It Off" (1996). Bill Duke already had a long career of episodic direction, including shows such as "Dallas", "Cagney and Lacey", "Hill Street Blues", and "Knots Landing", and continues to direct both television and film. Ernest Dickerson has also transitioned into television, working on shows like "The Wire", "Dexter", "The Walking Dead", "Sleepy Hollow, "and "Treme". Mario Van Peebles has directed episodes of "Law & Order", "Damages", "Boss", and "Nashville".

In 1996, Paris Barclay, currently the Directors Guild of America's first black president, directed the Wayans-packed "Don't Be a Menace to South Central While Drinking Your Juice in the Hood" as his first feature film. "Barclay already had a few television directing credits to his name at the time, but following the film, he began steady work in television, including directing episodes of "NYPD Blue", "E.R.", "The West Wing", and more recently "The Good Wife", "In Treatment", "Sons of Anarchy", and "Glee", many of which have earned him award recognition.

The 1990s brought in many firsts for Black women directors as well. In 1991 Julie Dash's groundbreaking film "Daughters of the Dust" became the first feature-length film written and directed by a black woman, distributed on a national level. "Daughters," a story of three generations of Gullah women, received instant critical success, including the Cinematography Award at the Sundance Festival that year. In 1992, Leslie Harris directed the indie "Just Another Girl on the I.R.T.", which gives the story of a teenage girl in New York. In 1994, Darnell Martin wrote and directed "I Like It Like That", the first film a major studio produced by an African-American woman. Martin has gone on to direct "Cadillac Records" and episodes of "Gossip Girl", "The Mentalist", "Chicago Fire", and "The Vampire Diaries". Debbie Allen and Neema Barnette were familiar names on "The Cosby Show" and "A Different World". Allen continues to direct episodes of top shows such as "Grey's Anatomy". In 1997, Kasi Lemmons directed the haunting "Eve's Bayou" and followed it with "Caveman's Valentine" in 2001, leading into a decade that saw the rise of prominent black women directors. 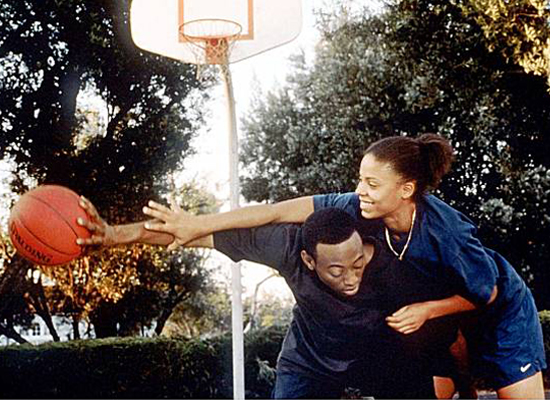 In 2000, Gina Prince-Bythewood directed "Love & Basketball", a romantic drama about a black female basketball star. Prince-Bythewood directed episodes of "Girlfriends" and "Everybody Hates Chris" before the film "The Secret Life of Bees". Angela Robinson's "Herbie: Fully Loaded" makes her the highest grossing black woman director of all time. She's also directed episodes of "The L-Word". Sanaa Hamri directed "Something New" (2005) and "Just Wright" (2010), plus episodes of "Shameless", "Nashville", and "Elementary". Dee Rees directed the critically acclaimed "Pariah", and Ava DuVernay, director of "I Will Follow" (2011) and "Middle of Nowhere "(2012), which made her the first African-American to win the Directing Award at Sundance Film Festival, recently directed an episode of "Scandal."

This year, eleven black filmmakers directed roughly 4% of all widely-released films, including those independently-made. In 2012, five (Salim Akil, Lee Daniels, Ava Duvernay, Tyler Perry, Rza) directed films, and in 2011, six filmmakers (Salim Akil, Ava DuVernay, Steve McQueen, Tyler Perry, Dee Rees, and John Singleton) sat in directors' chairs. The Directors Guild of America reports a steady rate of nonwhite directors find work in television, and it appears more black directors are calling the shots on a wide range of episodic television than in film. Perhaps 2013 is the year of the black director in film, but it's also clear that a surprising number have been finding homes in television with considerably less fanfare.