Earnest, square and proudly evangelical, "Black Nativity" is so unusual that its rough aspects are easy to forgive. Written and directed by Kasi Lemmons ("Eve's Bayou," "The Caveman's Valentine"), it's a loose reworking of a 1961 Langston Hughes "gospel-song-play" originally titled "Wasn't It a Mighty Day?" The film's 15-year old hero (singer Jacob Latimore) is named in honor of Hughes, the most important poet of the Harlem Renaissance. The film's modern-day retelling of Christ's birth is sprinkled with lines from Hughes' poetry and the stage production's script, as well as shout-outs to the hero's namesake. These all resonate, thanks to the setting: Harlem. Langston has come to the cultural heart of Black America to stay with his grandparents, the Rev. Cornell Cobbs (Forest Whitaker) and his wife Aretha (Angela Bassett), while his beleaguered single mother Naima (Jennifer Hudson) is battling eviction.

There's not much in the way of plot. What's onscreen feels more like a series of situations, marking Langston's quest to discover his absent father's identity and the reason why he split from his mother. From the minute he gets off the bus from Baltimore, the kid can't win for losing. His bag is stolen in the street. When he goes to a hotel and asks if he can use the phone to call his grandparents, a white patron leaves a wallet on the check-in desk; when Langston hesitates too long before returning it (he's no thug yet, but he could go that route) he's accused of stealing it and thrown in the slammer, where he meets a soft-spoken tough guy named Loot (Tyrese Gibson, in his best screen performance). Loot protects the scrappy Langston from the perils of his own pipsqueak machismo, sitting beside him and talking sense to him instead of getting in his face when the boy tries to act hard in front of the other inmates; he's is one of many inspirational or eccentric characters in "Black Nativity," a morality play so committed to its mission of uplift that it might as well have given all of its characters signs to carry around: "The Convict With a Heart of Gold." "The Guardian Angel." "The Stern Patriarch Whose Heart Will Be Melted by Love."

When Langston finally moves in with his grandparents, we learn a bit about their family history, but only a bit. The Rev. and Aretha tiptoe around the question of Langston's paternity, and there are not-too-subtle hints that Naima's single motherhood and her estrangement from her folks were sparked by the same past trauma. Meanwhile, portents swirl around young Langston. He doesn't know it yet, but he's a pilgrim on a mission to discover his family's history so that he can heal it. He'll grow up in the process, by getting a handle on what sociologists of an earlier era might have called "anti-social tendencies."

The final twenty minutes of "Black Nativity" are set during a production of the same-titled Hughes piece at Cornell's church. This setpiece flows naturally from the rest of the movie, which is choreographed and shot in a very plain manner which confirms that we're seeing a tale that's ultimately more theatrical than cinematic. Characters enter and exit in rather stagey ways, and when the film alludes to mythology or Bible stories, it does it straightforwardly. The Christmas angel is played by Mary J. Blige, sporting a gorgeous platinum natural which, when backlit, becomes a halo. There are Three significant Men who cumulatively bestow Wisdom on our hero. Langston keeps seeing a young couple in the streets—a very pregnant woman and her companion (Luke James and Grace Gibson)—who are immediately recognizable as You Know Who before you learn their names, Jo-Jo and Maria, and hear their holy voices.

Although Jo-Jo and Maria are a young couple looking for a manger, "Black Nativity" ultimately isn't about birth, but rebirth: of Langston and his family, of Harlem, and by extension America. Lemmons' script presents Harlem as a Dickensian world of haves and have-nots, struggling beneath the twin shadows of entrenched racism and economic inequality. The film often pauses to lament that a privileged few should have so much while so many have so little. Because the cast is predominately African-American, there's an element of self-critique in the story. Langston's grandparents are proud of their role in the political tumult of the 1960s (the Rev. tells Langston that he's one of the last anointed rhetorical disciples of the Rev. Dr. Martin Luther King, and has an inscribed watch to prove it), but the movie subtly chides them for withdrawing from the troubles of the present day. Langston surveys his grandfather and grandmother's lushly furnished brownstone with a mix of awe, envy and disgust, thinking of his own mom's scrapping and how much easier life might have been if they'd had more help, or at least more love and understanding. There's an undercurrent of anger in "Black Nativity," rooted in the sense that an older generation has given up on its successors and withdrawn into a disdainful shell. If Langston, two generations removed from Cornell and Aretha, is indeed at risk of becoming part of the underclass, it's not soley his own fault, nor his mother's, nor that of the dominant culture. It takes a village to raise a child, and this one has fallen apart.

The film's dramatic scenes are broken up by lengthy musical numbers—a mix of spirituals, rhythm-and-blues tinged Christmas carols, pop, and rap, all orchestrated by Raphael Saddiq in a manner that suggests a rehearsal for an immense Broadway musical. Much of "Black Nativity" plays like a filmed record of that nonexistent production, transplanted to actual New York streets. Although the movie's 35mm film images have a pleasingly old-school richness, Lemmons doesn't stage the musical numbers in dynamic or meaningful ways. Her direction is more along the lines of such recent filmed musicals as "Chicago" or "Nine," or Fox's "Glee": uninflected shots of people singing and dancing, with occasional flourishes, such as a cliched 360-degree spin meant to convey rapturous joy.

Some of the numbers are merely serviceable, others superb, and at least two—“Hush Child (Get You Through This Silent Night)," performed by Latimore, Hudson, Grace and Gibson, and "Motherless Child," performed by Latimore—are instant Yuletide classics. The performances are equally hit-and-miss. Whitaker's old-movie elocutions are too Christmas-hammy, but the buried regret in his eyes makes the character achingly real. Bassett's acting is technically impeccable and often heartbreaking, even though she's the main cast's weakest musical link. (Hudson, Gibson and Blige are the strongest.) Latimore is likable but not forceful or nuanced enough. Hudson is, as always, a bit of a blank, but there's something so real about her that she makes an impression anyway, whether she's singing, speaking or just sitting there thinking.

The movie's Big Secret, once revealed, is so very 1961—maybe 1931—that it would be laughable if the film didn't believe in it so strongly, and envision it with such classic Hollywood sincerity, and weave it in with all the social and political allusions ping-ponging in the margins of the script. The movie believes in God, Jesus, charity and community, and it doesn't try to make any of these concepts seem hip, because it knows the difference between selling and preaching. For all its narrative clunkiness and willed naiveté, "Black Nativity" is an affecting film because it takes its ideas seriously and puts them across with upbeat fervor.  In a fractured city in a fractured nation, this skinny hard-luck teen is a healing force, and he's got his work cut out for him. In a cold world that cares for nothing but money and ego, an intact family is the ultimate holiday miracle. 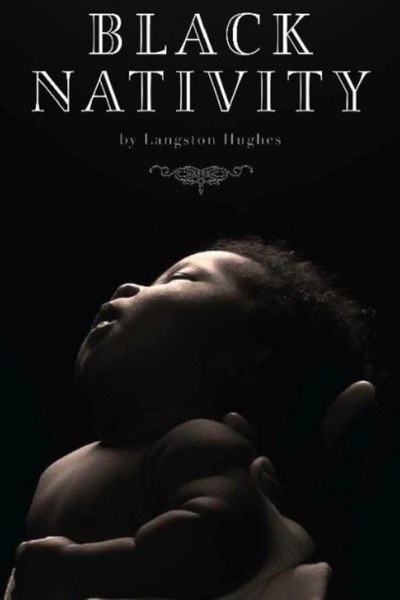