After being abducted seven years ago, a young woman is held captive in a sparsely furnished and cramped suburban garden shed along with her now-kindergarten-aged son. Repeatedly raped and without access to the outside world save for a rickety TV with spotty reception, she plots their escape from the monster who has imprisoned them. This is only a basic blueprint of what unfolds in "Room," an intensely felt cinematic experience.

The spare yet emotionally sumptuous drama, based on Irish-Canadian author Emma Donoghue's award-winning 2010 novel that was inspired by similar real-life crimes, is not just a simple tale of terror or a suspenseful saga of survival, although it has elements of each scenario. Instead. “Room" is a soul-searing celebration of the impenetrable bond that endures even under the most unbearable of circumstances between a parent and a child.

“Room's" power to touch audiences, as it clearly did when it won the People’s Choice Award at this year’s Toronto International Film Festival, lies in the film’s delicately rendered and highly relatable core relationship. It's why this small-of-budget—yet large-of-heart—drama is being pegged as a deserved awards season contender.

The first two-thirds of “Room” greatly depend on the ability to build a believable, primal connection between its central characters, known as Ma and Jack, one that at times feels as if the umbilical cord has yet to be severed. Director Lenny Abrahamson (working from an adapted script by Donoghue) could not ask for a better pairing than Brie Larson, who continues to find new ways to astonish with her raw honesty, and Jacob Tremblay, a small wonder whose greatest gift is a preternatural ability to never seem as though he is acting.

The 11-by-11 box of a living space that they share at least has a small skylight that allows some semblance of nature to enter. But the room’s sun, as well as the moon and the stars, is Jack, who has never known any other environment. Thanks to Ma’s unwavering efforts, he is a bright, energetic, healthy bundle of happiness, well-versed in at least some literature—he knows who Jack the Giant Killer is as well as Samson, a hero he relates to since his own hair hangs beyond his shoulders. He is an avid watcher of “Dora the Explorer” and her animated adventures. But to him, the room represents reality in its totality while TV is just make-believe.

As for Ma, her whole focus is on Jack’s well-being and rarely her own. She ignores a painful rotting tooth in her mouth until it falls out and it immediately becomes one of her son’s most prized possessions. She is endlessly resourceful, turning cardboard toilet paper rolls and egg shells connected by string into playthings. For her, Jack is her anchor and her reason to carry on. How else could she withstand the regular visits from her imprisoner, dubbed Old Nick (played by Sean Bridgers) most likely because he comes at night and sometimes brings much-needed supplies? In return, Old Nick forces himself upon her regularly as Jack holes up in a wardrobe, supposedly asleep but usually awake during these noisy episodes. That we share Jack's limited perspective makes the encounters all the more unnerving.

While Jack seems like an utterly normal five-year-old, it dawns on Ma that he is becoming increasingly more curious. Old Nick is becoming more dangerous, and what might be best for both of them is if she hatches a plan to get out of the room before it is too late. What ensues is best seen and not spoiled, but the outcome is a successful one.

The aftermath proves to be an ordeal for Ma, whose actual name is Joy Newsome. Being free is one thing. Actually feeling free is another. While she has trouble keeping her psychological bearings as she struggles to re-adapt to her past life, Jack readily embraces the rush of this expanded universe. He blooms as his experiences widen while she regresses into the role of a needy and even petulant child.

Jack especially thrives in the company of his grandmother (Joan Allen, whose smile alone gives a boost to the film’s last third). She got divorced in the wake of her daughter’s disappearance and has a new man in her life, the good-natured Leo (Tom McCamus) who patiently guides and encourages Jack. If there is a weak link in “Room,” it is William H. Macy, who is too predictably cast as Joy’s father, ill-equipped to handle her reappearance, let alone the news that he now has a grandson.

One of the best things about “Room” is how such an intimate film manages to raise some big questions. What defines us as a person? What do we really need to live? Why are kids so astonishingly resilient when under duress? What happens when all your troubles disappear yet contentment persists in being an illusion? And what does a parent do when their child begins to outgrow their need for them?

In the end, we are rightfully left once more with mother and child. Together, they are able to close the door on the past and look to the future that is just dawning. 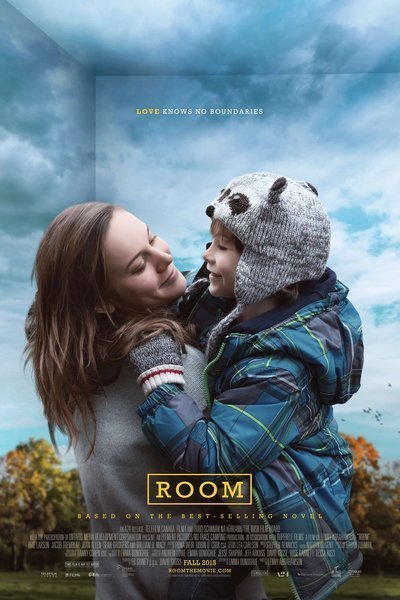