The Eyes of My Mother

Arthouse horror flick "The Eyes of My Mother" actively alienates viewers by presenting episodes in a woman's life from a post-human, God-like perspective. Sometimes. Usually. Probably?

Writer/director Nicolas Pesce generally favors black-and-white long takes and static camera compositions, a distinctive style that confronts viewers immediately with its artificial point-of-view. When you see Francisca (Olivia Bond and then later Kika Magalhaes), a shy, emotionally disturbed woman who grows up alone after her parents' sudden death, you don't see her from a subjective point-of-view, but rather from the perspective of a distant, omniscient observer. The film is divided into three chapters, as if we're looking at snapshots from a morbid scrapbook. In that sense, Pesce doesn't encourage viewers to get inside Francisca's head, but rather to see her as a beautiful dust mote: she looks small when filmed in landscape shots that emphasize waving tree branches, distant shapes and the passage of time.

Pesce's style is not necessarily uninteresting, but it does get frustrating when you consider how it's applied to Francisca's narrative. We watch as young Francisca suffers a series of escalating traumas: her mother (Diana Agostini) is murdered by a sadistic traveling salesman (Will Brill) shortly before her father (Paul Nazak) dies quietly in his sleep. Francisca then preserves her father's remains in the bathtub, but only after she ties her mother's murderer up, strips him, and keeps him captive in her basement.

Now, you might have a number of questions, like "Can you repeat that last part" or "Why didn't you start with all the weird stuff?" A better question would be: is this Francisca's story or a story about Francisca? Do events just happen to her, or is she in charge of her story? Short answer: I'm not sure.

Francisca's mother tells us early on that our eyes are where the soul resides. So it's telling that Francisca blindfolds her mother's killer. But what does it mean that we see Francisca's world from a macro scale? Is this how Francisca, a withdrawn character whose selfish actions are downright sociopathic, sees herself? Or maybe this is her way of avoiding seeing herself, like she's trying to excuse her more disturbing actions by putting them in the context of her environment. In her head, Francisca (sometimes) feels small. She (usually) feels the weight of time passing. And her desires are (probably) mysterious to herself.

Still, it's hard to tell what exactly "The Eyes of My Mother" is trying to show us since it's never clear just how much agency Francisca has. Viewers don't get to see Francisca spending much time with her parents, but we do get the vague sense that she is a product of their personalities. Mother is clinical but warm while father is distant but stubborn. Francisca's brief, pre-traumatic interactions with her parents therefore establish a precedent for actions that cannot be reduced to post-traumatic shellshock. She's not a victim, but she's not all there either.

Neither is Pesce's vision. When I watched "The Eyes of My Mother," I spent way too much time trying to figure out why I was looking at certain events, and not simply absorbing information. Note: my difficulty reading the film isn't just an isolated critical disorder specific to people who get paid to think about movies, but rather a problem with the film's dispensation of information. Sometimes, we're clearly seeing events from a subjective point-of-view, as in the opening scene where a trucker discovers a lone woman stumbling around in the middle of the road. But most of the time, it's unclear who's in charge: an authorial voice or a singular character.

We never really know what motivates Francisca's actions, so watching her try to seduce a young woman, or talk about her parents is hard. This isn't a normal story either, with a cogent beginning, middle, and end, so that makes cozying up to Francisca that much more difficult. Instead, Pesce supplies us with a fractured series of images that are so disturbing because they're essentially incoherent. Francisca isn't supposed to be a sympathetic character ... so why am I so bothered by the fact that I couldn't get close enough to understand her?

I don't mind not knowing what makes a central character tick so long as I know why I don't understand her. Pesce never gave me that much to go on and deliberately stops short of getting inside his character's head. Pesce and I obviously don't agree on what constitutes effective (or maybe just productive) ambiguity. It's not a bad film ... it just isn't all there. 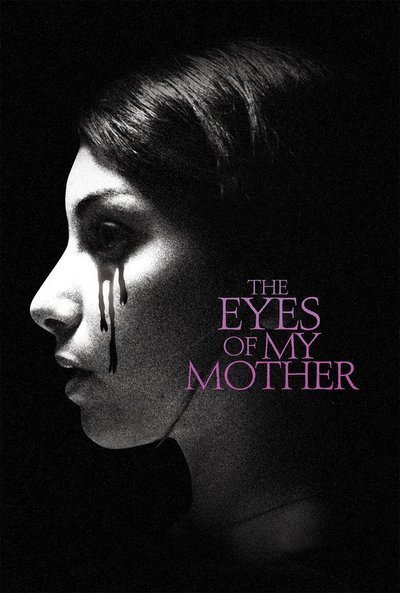 Will Brill as Charlie